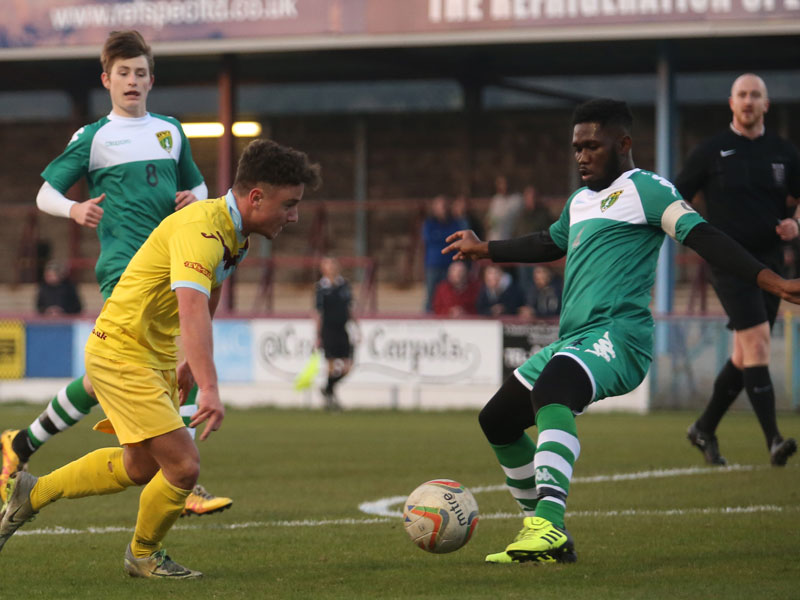 The coach of the British Virgin Islands does not expect to reach the finals but the qualifiers offer a rare chance for small CONCACAF sides. The USA, Canada and Mexico are all likely to qualify as co-hosts, giving the BVI has a chance to progress further than usual.

Neville, a former academy coach at AFC Bournemouth in England, is helping rebuild the game on the BVI, which was devastated by Hurricane Irma in 2017.

“We have a population of 30,000 but that went down to 20,000 after the hurricane,” says BVIFA president Andy Bickerton, whose own home was destroyed.

Bickerton grew up on the English south coast and on a trip home got in touch with Bournemouth, where he met Neville. After Neville left the club, the pair stayed in touch and he came to the BVI to stage a training camp and got the coach’s job.

While some of the population has returned, the impact of the hurricane still reverberates.

“The hurricane caused us lots of players to relocate to a lot of countries,” says BVI captain Troy Caesar. “It caused a lot of problems in the BVI. We had just started on a new stadium and that was damaged. Even some of the youngsters that I used to coach were gone and people’s addresses were lost.”

With the pitch at the $5 million stadium in Tortola damaged, the national team were forced to play games in the neighbouring British territory of Anguilla.

The timing could not have been worse as Bickerton’s focus on youth had built up a youth programme from 250 children to more than 1,000 despite athletics and basketball being the main sports.

A flourishing league has nine clubs drawn from Tortola and the other main island of Virgin Gouda, but ferry travel cost $70,000 last year and only 30% of the players are eligible for Neville’s side.

Getting a BVI passport is not easy and like other small Caribbean islands, the BVI looked abroad for players.

Kristian Javier is from Atlanta, Georgia, but his mother is from the BVI. “You must constantly remind yourself why you play the game. You have to realise you are carrying the hope of your country with you into each match,” says Javier, who plays for Peachtree City MOBA in USL2 but recently trained with Victoria and SCU Torreense in Portugal.

Recruiting swathes of players from abroad is not a long-term strategy.

Bickerton, who played for the BVI in his youth and has been president three times since 1991, explains: “We are doing it to keep the scores reasonable until we can bring kids through. Bringing in too many overseas players can be dangerous as we are trying to make the sport popular.

“If you are good in the BVI, you will get a chance to play.”

Caesar was born in the BVI to Dominican parents and made his senior debut in 2010 aged 16 and was made captain four years later. Neville is also focused on youth and brought a young side to Dorset for a training camp and a game with Southern Premier League South side Weymouth.

An inexperienced BVI team lost 6-1 but Neville is not deterred. He says: “We are bringing things that are commonplace in the UK. When we played Martinique, they’d never seen a resistance band before. Our experience will take us a bit further but we are investing in youth.”

Caesar, the BVI’s most capped player with 18 appearances, sees signs of improvement. He says: “In the past, the ranking didn’t reflect the amount of talent in the BVI. The preparation was very poor and that would cause us to lose badly, but since Mr Bickerton hired Coach Dan there has been a turnaround. There is potential there now.

“When I was younger we were losing to 17-0 [to the Dominican Republic] but we were 0-0 for 70 minutes against Martinique.”

Last summer, the BVI played a series of friendlies and beat Sint Maarten 3-2 before drawing 0-0 draw with French Saint Martin and then beat St Barts 4-3.

The games were preparation for the Nations League, when a host of teenagers were involved. In the 5-0 defeat to Suriname, 16-year old Charles Medway and 18-year old Tshame Gallimore started. In the 4-0 loss in Martinique, 16-year-old, Bailey Rowe, started and 17-year-old Liam Bok came off the bench.

The BVI should have then played Bonaire in Anguilla on November 16 but the Dutch island failed to show up after their flight was cancelled. The fixture is being rescheduled and along with the final Nations League fixture against the Turks & Caicos offer winnable games as Neville’s revolution gains pace.