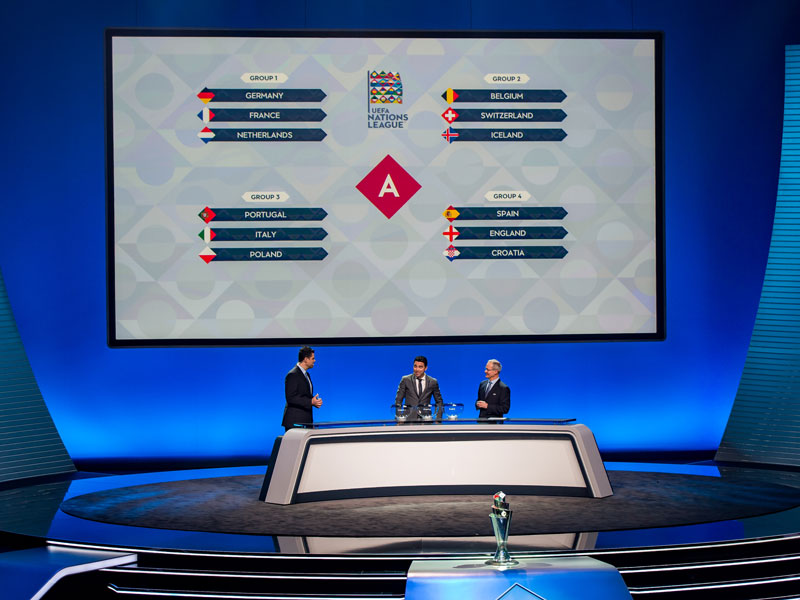 The inaugural UEFA Nations League Tournament kicks off soon and there are some absolutely cracking games on offer that we can look forward to. Below we have put together the different groups to make sure you know who is playing who. There are four leagues with four groups of either three or four teams within each one. We start with the best teams in Europe, League A. (Click on the highlighted links to see team guides below)

The bottom four teams get relegated into League B.

Stay up to date with all the news and transfers by clicking on the highlighted links.
Don’t forget to follow World Soccer on Facebook and Twitter for the latest news regarding world football and the UEFA Nations League.