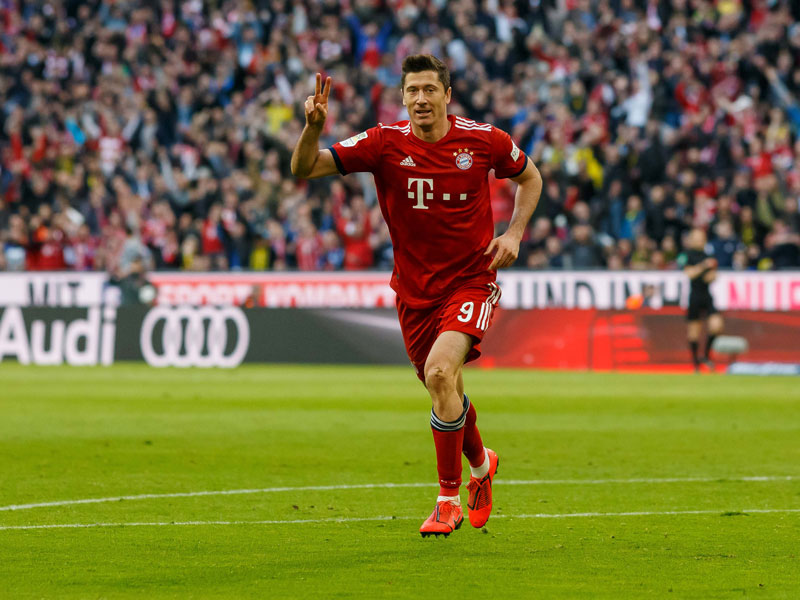 Mathematically, the Bundesliga title race remains too close to call. Bayern Munich, now top of the pile, only have a one-point cushion over Dortmund and there are still six rounds of the championship remaining.

Yet few will be backing the Dortmunder to lift the famous silver platter following their 5-0 hammering at the Allianz-Arena. Such a heavy loss in Der Klassiker, the 100th edition of the match-up, will, almost inevitably, leave scars. Morale sapped. Belief destroyed.

Once as many nine points clear of Bayern, the Schwarz-Gelben have been trading water for several weeks, nervous, shaky at the back and lacking conviction and tempo going forward. Their defeat in the Bavarian capital cannot merely be brushed off as a bad day at the office. What should have been a head-to-head to savour turned out to be a complete and utter mismatch, a game in which the the away team did not show nearly enough bravery or resistance.

Dortmund coach Lucien Favre, as honest as ever, admitted that Bayern had taught his side a “lesson”, conceding that his plan to expose the Bayern back-line with an army of midfield runners had come to nought.

His skipper Marco Reus was even more forthright: “We played catastrophically, we defended catastrophically. Bayern clearly were the better team. We put no pressure at all on them. Not for one moment did we have the match in hand. ”

Favre’s tactics in Munich have sparked media criticism a plenty. And quite rightly so. By instructing his charges to sit deep and wait for an opportunity to counter-attack, he effectively gave Bayern carte blanche to dominate, a gilt-edged invitation to steamroll which the home team took full advantage of. Constantly troubled by Bayern’s outstanding high press, Dortmund attempts to bring the ball out of defence invariably ended in failure and even on the rare occasion when they did find a free lane, the opposition goal simply was too far away.

It’s all well and good opting to hit on the break, but when you have to run a marathon to create an opening, there has to be something wrong.

A number of Favre’s personnel choices did not make sense either. Experienced Polish right-back Lukasz Piszczek, back in the side after two months out with a heel injury, did not look match-fit and it very much was a mistake to switch Reus to a false nine role, demoting Mario Gotze to the bench to make way for him. Reus offers so much more when triggering transitions between the lines.

Above all else, this is a Dortmund team which has to up its defensive game and especially the way they react to crosses. Put the ball in their box and there is every chance of someone blowing an assignment. Ball-watching or poor positioning are endemic.

The final verdict on the young Ruhr outfit ? Too green, too naive to conquer.

1. Mullered.
One of the three Nationalmanschaft elder stateman to recently be told by coach Joachim Low that their services were no longer required, Thomas Muller looked anything but a spent force in his side’s Klassiker walkover. Lining up in a central attacking midfield role, the 29-year-old produced a masterclass of space-locating, decoy runs, limitless energy and creativity. ” In the world of German football, it’s no secret that my strengths are through the middle, ” declared Muller in an interview with Kicker magazine. Will coach Niko Kovac, who often uses Muller on the right, take note ?

2. Not by accident.
The word is out in Dortmund that the Black-and-Yellows are poised to sign the Monchengladbach and Belgium winger Thorgan Hazard. It’s believed that the deal will net Gladbach a figure in the region of 40 million euros. Thorgan, the younger brother of Chelsea superstar Eden, has been in fine form this season, scoring nine goals and making another ten. With his speed, tricks and mobility, he should fit Dortmund like a glove.