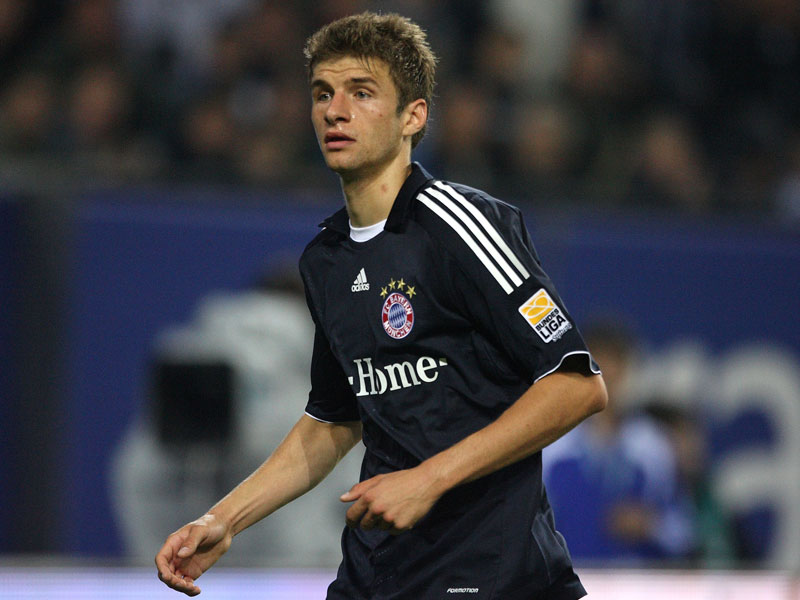 Welcome tour page dedicated to Thomas Muller. We will update it with news regularly, but for now take a look at our Talent Scout report on him from November 2009.

A perennial scorer of World Cup goals, Germany will need Muller to be on top form if they are to win the tournament again in Russia. After starting the first two games against Mexico and Sweden, Muller drops to the bench against South Korea.

Three to four decades after striker supreme Gerd Muller ruled the Bayern Munich goalscoring roost, fans in southern Bavaria are enjoying Muller time once again, this time raising their glasses to academy graduate Thomas Muller, an attacking all-rounder who has been busy catching the eye in the early part of this season.

Undeniably the 20-year-old has benefitted from favourable circumstances these past few months: the unshakeable faith in youth of new Bayern coach Louis Van Gaal and injuries to Franck Ribery and Luca Toni, not to mention the patchy form of Miroslav Klose and multimillion summer signing Mario Gomez. But the newcomer still had to make the most of the first-team opportunities handed to him. 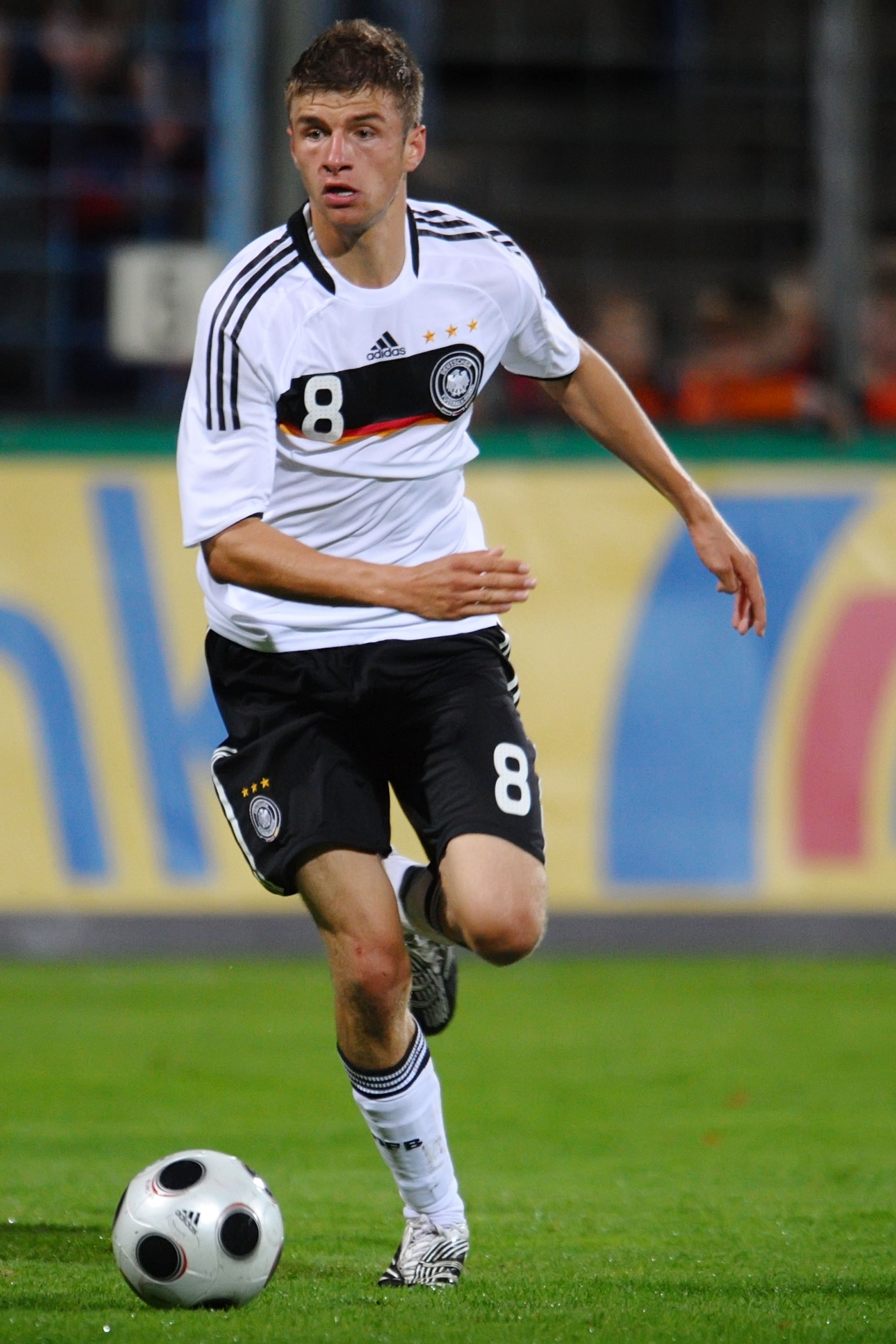 Other Muller: Thomas has been tasked with carrying on the great Muller name in German football (Getty Images)

Whether starting or appearing from the bench, and whatever the role – right side of midfield, right-winger, second striker or as a no10 – Muller has looked a class act, technically accomplished, direct and single-minded, a fine crosser and striker of the ball who somehow combines clear-headedness with relentless activity.

The Germany Under-21 also excels in another area: goals. His right foot has been a deadly weapon since childhood – he once netted 120 goals in a season for junior club TSV Pahl – and so it proved in September when he hit back-to-back doubles in Bayern’s 5-1 romp at Dortmund in the Bundesliga and the 3-0 Champions League victory away to Maccabi Haifa.

The word is out: give him room to get off a shot – a blast aimed at the top corner or a low flat drive with little back lift – and you are in trouble.

“Thomas Muller is a player who will always score goals. Always. Even when he’s not playing well,” says Bayern assistant coach Hermann Gerland, a long-time youth coach at the club. “I think he’s got what it takes. He has a lot of God-given talent, has great ball-playing qualities, knows where the goal is and is a real ball of energy.

“As long as he keeps his feet on the ground and remains keen to learn, he will be fine.”

From the Ammersee lake region, to the north of Munich, Muller is very much flavour of the month in the German media and bearing in mind his talent, club and surname, it would be a minor miracle if he was not in the spotlight. However, his employers know only too well that they must handle him with care. Only two youth products have gone on to establish themselves in the Bayern first team in recent years: Bastian Schweinsteiger and Philipp Lahm. 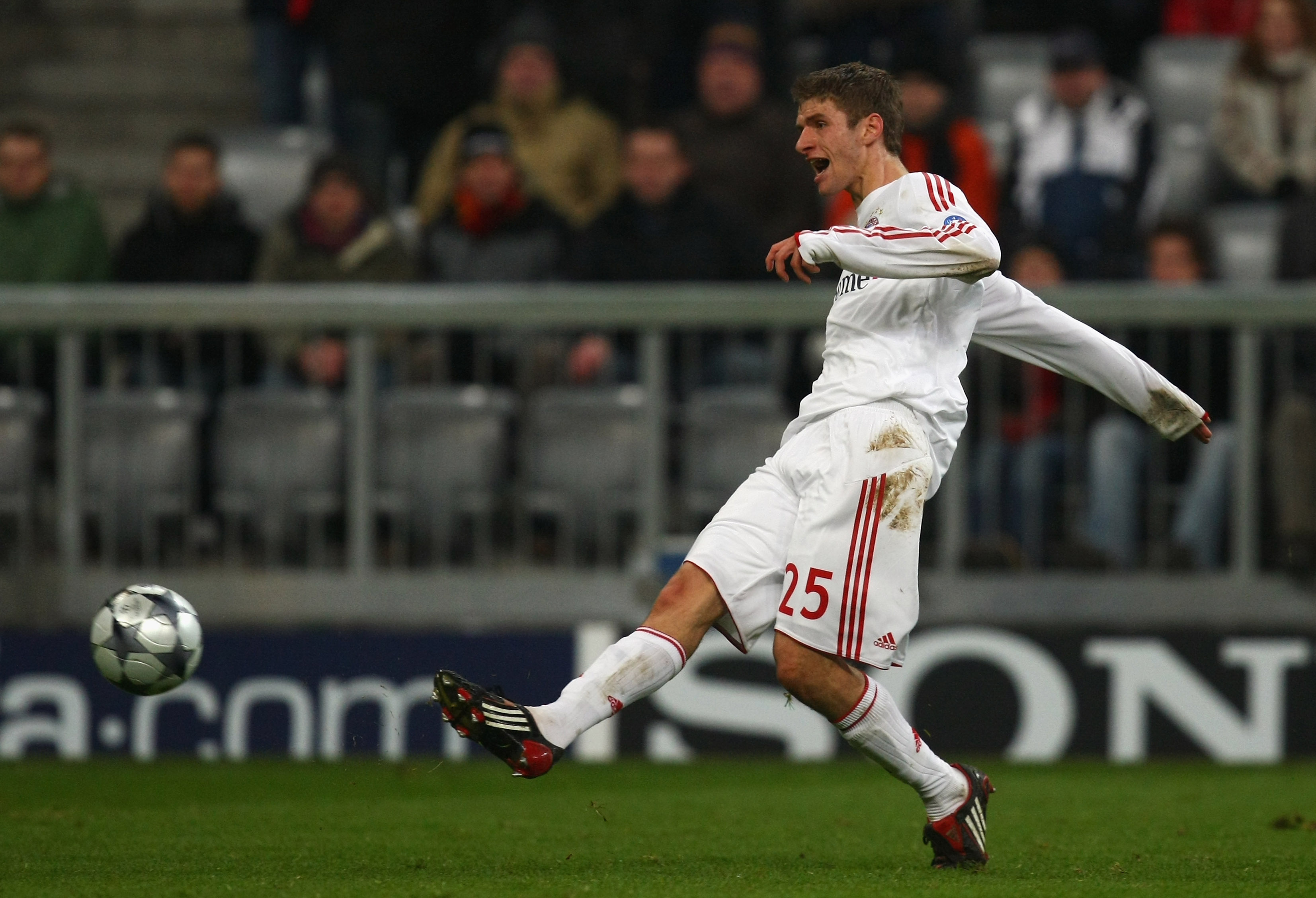 Scorer: Muller has scored goals at every level of his footballing career (Getty Images)

Current back-up keeper Michael Rensing definitely belongs in the “too much, too soon” brigade. So does Toni Kroos, the highly gifted midfielder who has gone on loan to Leverkusen again this season, while midfielders Zvjezdan Misimovic and Piotr Trochowski both had to move on to make a name for themselves (the former ending up at champions Wolfsburg via Bochum and Nurnberg, the second heading for Hamburg).

The Bayern management do not need reminding they have a royal flush in Muller, yet they are clearly at pains to be guarded about their hand.

“I don’t want to hear this rubbish,” roared general manager Uli Hoeness on being asked how far Thomas Muller could go. “In Germany we tend to go over the top when someone scores a couple of goals. At his age I was in the national team. I don’t think it’s a good idea to praise him excessively.

“We have already been there with Michael Rensing and Toni Kroos. And where are they now?”