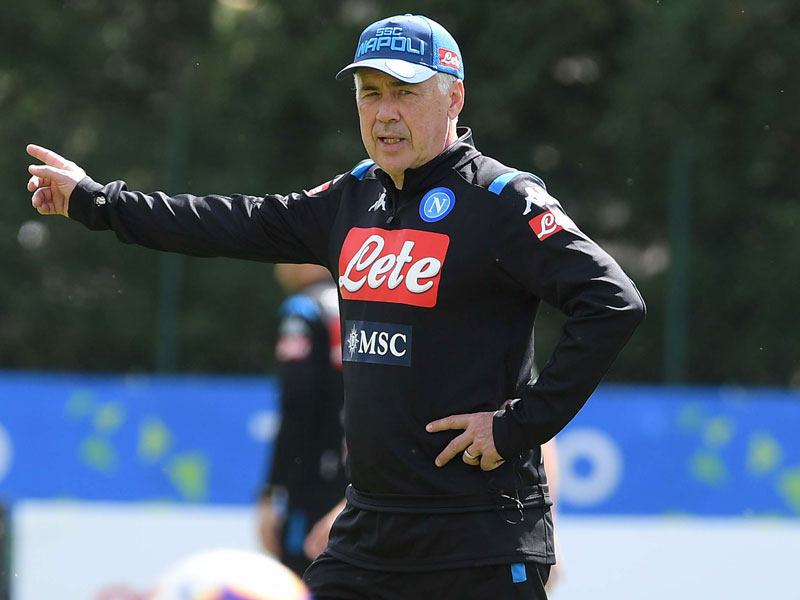 Paddy Agnew’s Notes From Italy: Can Napoli Go One Better This Season?

We know well, and we said it last week, that July friendlies can mean little or nothing. However, and it is a very big “however”, Napoli’s 3-0 defeat of the reigning European Champions Liverpool in Edinburgh on Sunday night certainly prompts a few interesting thoughts.

Is it possible that Napoli might be the side to finally break the Old Lady’s eight year long stranglehold of the Italian title? Along with the Antonio Conte coached Inter Milan, highlighted last week, Napoli is arguably the only side that might reasonably be expected to make a fight of it with Juventus.

After all, three times in the last four seasons, Napoli have finished second to Juventus. On one of those occasions, 15 months ago, Napoli even had the cheek to travel north to Turin, winning 0-1 at the Allianz Stadium to reduce the gap at the top to just one point (in Juve’s favour of course) on the fourth last day of the season.

That was as close as Napoli have come in recent seasons. With a squad that, for the time being, looks very similar to last season’s offering, it is hard to see where and how Napoli might make the quantum leap from honest but distant runners-up to title winners.

Only one thing, or rather one man, coach Carlo Ancelotti, represents the potential key to transformation and success. The point is that this is the second season in charge for the vastly experienced Ancelotti, a man who has won all the heavyweight European league titles – with AC Milan in Italy, Chelsea in England, PSG in France, Real Madrid in Spain and Bayern Munich in Germany.

Is it possible that last season’s respectable second place finish, fully 11 points behind Juventus, was merely a warm-up, a year in which Ancelotti familarised himself with the always demanding Napoli environment? Napoli fans will have to hope so.

For the time being, the Napoli line-up looks very familiar. Pole Arek Milik seems set to lead the attack, in the role of central target man, ably supported by the trio of Spaniard Josè Callejon, Belgian Dries Mertens and Lorenzo “The Magnificent” Insigne.

Ancelotti will have to wait and see if his club owner, film tycoon Aurelio De Laurentis, manages to pull any rabbits out of his transfer hat.   Reports suggest that Ancelotti would not turn his nose up at either Real Madrid’s Colombian James Rodriguez or at Inter’s Argentine, Mauro Icardi, both players seemingly about to part with their current clubs.

It is only logical to imagine that if Napoli are to make that quantum leap,  then some new blood, especially up front, is required. In the context of a dual objective, Champions League and Serie A title campaign, then Milik alone will hardly suffice, even with Insigne in the sort of form which saw him score one and create another against Liverpool on Saturday.

With less than one month to go to the start of the 38 game Italian season, which runs from August 24th, 2019 to May 24th, 2020, we continue to look for the real “anti-Juve”. Could it be an Inter revitalised by Conte, or will a dynamic new coach such as Marco Giampaolo at AC Milan or Portugal’s Paulo Fonseca at AS Roma prompt fundamental improvement, or will the new ownership of US millionaire Rocco Commisso at Fiorentina manage not only to hold on to striker Federico Chiesa but also create a “top four” team?

We have said it before and it is obvious enough. Juventus, even allowing for the inevitable “hiccups” that seem certain to mark the changing of the coaching guard from Massimiliano Allegri to Maurizio Sarri, remain the hot favourites. However, in July, they can all dream. Napoli, we would suggest, more than most.