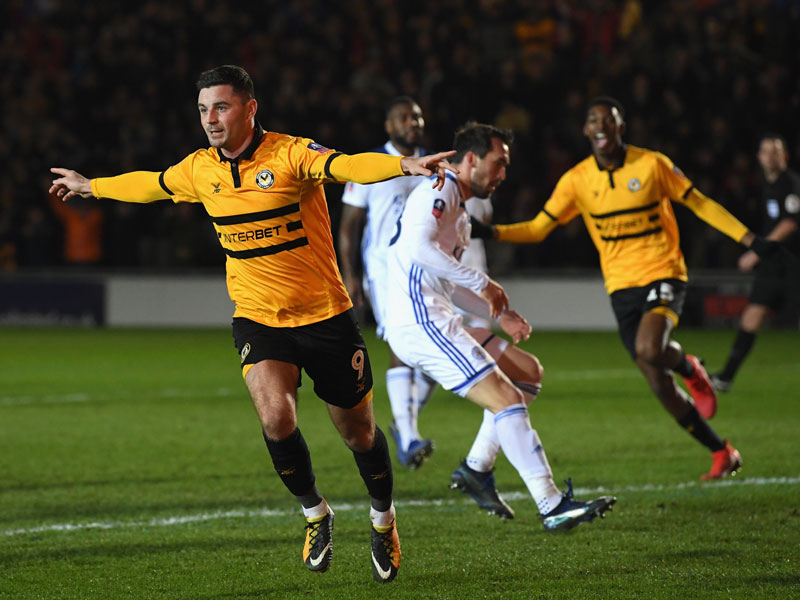 Magic of the FA Cup? Let us be rational about it. In the 3rd round ties, club after club put out weakened teams, some making as many as nine changes. Thus creating abundant opportunities for so-called giant killers.

All respect to those teams which took advantage, but the matter should be kept in perspective. All credit to Barnet, a non-League side with long traditions – not least concerning their old Underhill pitch with its fearsome slope – but the Sheffield United team they so dramatically and deservedly beat at Bramall Lane showed no fewer than ten changes from the normal line-up.

Humble Newport County excelled themselves by eliminating Leicester City but would that have happened if Leicester had not expensively left out their most prolific forward, Jamie Vardy?

There was long a rule against putting out weakened teams in the Football League. Today, a manager who makes a flood of FA Cup changes can always take shelter behind the spurious rejoinder that he can choose from a pool of players who are not differentiated.

The FA Cup is a glorious competition, the very first in the history of English football. But it needs to be properly respected even if it would be difficult to establish the necessary criteria. Surely on a statistical basis this should be possible. But I am not optimistic and as things stand I can only see this great competition continue to be undermined, albeit to the benefit of underdogs.

A BBC TV football presenter recently gave credit to the late Peter Hill-Wood for bringing Arsene Wenger to manager the Gunners. No doubt the misinformation was simply fed to the presenter but it was quite unfair to the man who was truly responsible, David Dein, who deserved the credit for the appointment. While a loud minority of Arsenal dissident fans were shouting the odds against so-called “Arsene Who?” when his excellent coaching record, not least at Monaco, was there for all to see.

When it was mooted that the American sports billionaire Stan Kroenke would be taking over at Arsenal, Hill-Wood was loud in his disapproval. Only to be made to eat humble pie when sent across the Atlantic to beg Kroenke to take over, which of course he did.

Forced out, Dein could console himself with a shares deal which made him a multi-millionaire.

Can Chelsea keep Callum Hudson-Odoi? I saw the 18-year-old winger sparkle when switched from left to right flank against Nottingham Forest, setting up both Chelsea goals. Bayern Munich are prepared to splash £35million for him. He wants to go. Chelsea would be wrong to let him.