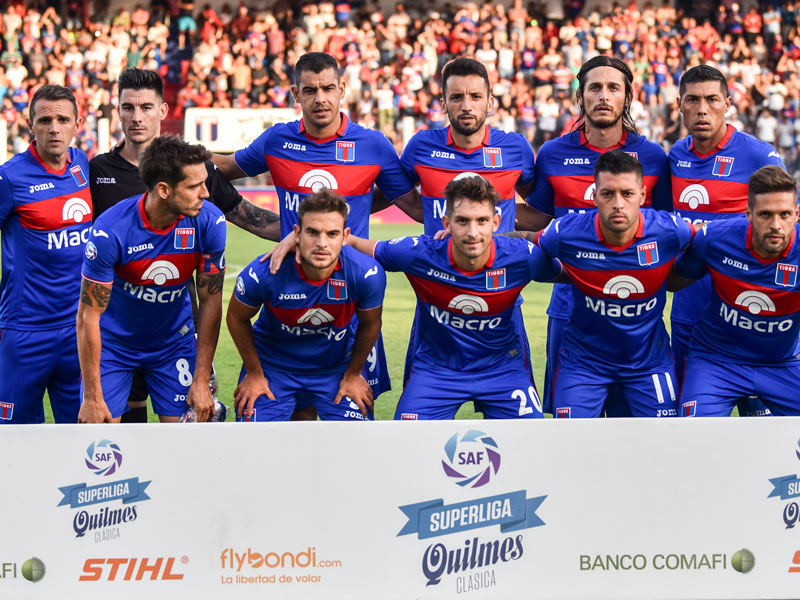 After 12 years in the top flight, Tigre have been relegated to Argentina’s second division – despite finishing the league season a credible ninth in a field of 26.

A statistical quirk has done for the team from the north of greater Buenos Aries.  Relegation in Argentina is worked out on an average of points worked out over three seasons.  Tigre have done well in this campaign, and were hardly disastrous in the previous two.  In none of the three years were they in the relegation zone.  But on the average of the three, down they go.

Ninth place in the league would normally have been good enough for a place in next year’s Copa Sudamericana, the continent’s equivalent of the Europa League.  But they lose that slot as a consequence of being relegated.

And their situation becomes even more curious.  In a bid to decentralise its football, Argentina increased its first division to 30 clubs.  It is now moving in the opposite direction, gradually scaling back to 20.  The current 26 is an awkward number to fit into a season.  There are too many teams to play each other home and away.  But there are not enough for a one round competition to fill the entire year.  A couple of months are spare at the end of the season – and so a new tournament has been invented to plug the gap.  The Superleague Cup is a knock out trophy contested by all the teams in the first division – including those like Tigre who have already been relegated.

And Tigre are doing very well.  They have already eliminated Colon and Union from Santa Fe, and, against the newly crowned league champions Racing they have a handy 2-0 first leg lead.  There is, then, every chance of Tigre making further progress. The losing finalists qualify for next year’s Copa Sudamericana – but should that be Tigre they will forfeit the right as a result of their relegation.

It is entirely possible, then, that Tigre will qualify for the Copa Sudamericana through two different routes – and still be barred from taking part.  But if they win the Superleague Cup, there would not appear to be anything in the regulations to prevent them from bagging the prize – a place in next year’s Copa Libertadores, South America’s Champions League.

This type of organisational eccentricity does much to illustrate the point that the problems of club football in South America are not restricted to the constant sale of players to Europe and elsewhere.

Last Saturday marked an important centenary for the game in the continent, and especially in Brazil.  The Fluminense club in Rio de Janeiro had their own stadium since the early years of the 20th century – it was where the Brazil national team played its first ever game, against Exeter City, in 1914.  Five years later, though, the little wooden stands were not sufficient.  The third Copa America would be staged in Brazil.  Investments were made and on May 11th 1919 the new, all concrete stadium was inaugurated.

With its main stand like an elegant English cricket pavilion, the Laranjeiras stadium highlights the elite origins of the Brazilian game.  That 1919 Copa, though, did much to spread the game down the social strata.  There was the fact that Brazil won, for a start, inspiring songs and causing a commotion.  And there was the fact that the biggest rivals of the hosts, Uruguay, had a team including poor black players such as the great Isabelino Gradin, who had been top scorer of the first Copa in 1916.  The local Rio population looked at him and thought that if he could do it so could they.  And the rest is history – as is the Laranjeiras stadium.

It remains the headquarters of Fluminense, although the club have not played there for years and no longer train there. More use should be made of it – Laranjeiras is a living museum of the development of football in Brazil – from an elite pastime to the country with five World Cup wins.