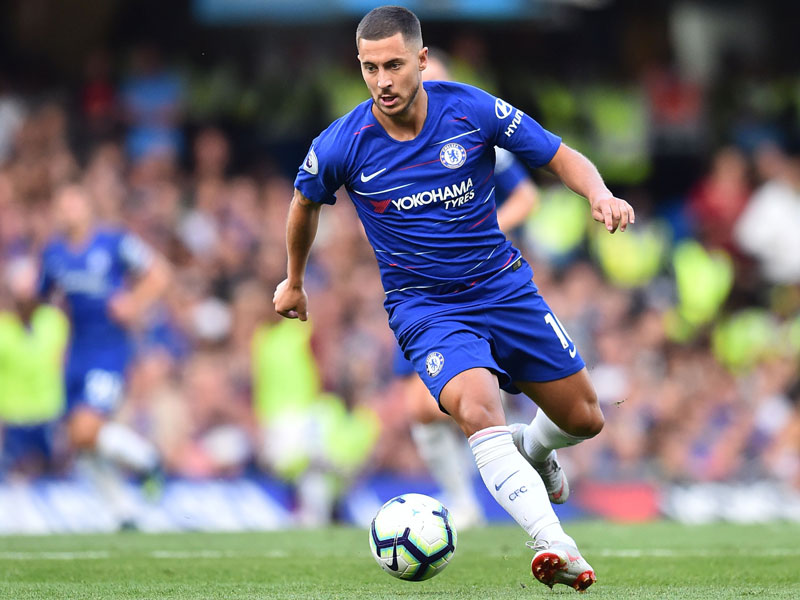 Welcome to our page dedicated to Eden Hazard, the small but immensely talented player for Chelsea and Belgium. We will update this page with news regarding him, but for now take a look at our Talent Scout post on him from our Summer 2009 issue.

There has been intense transfer speculation around Hazard at the moment thanks to Ronaldo’s move away from Real Madrid. Regardless the Belgian has continued to perform for Chelsea after the opening couple of games of the season.

Eden Hazard is arguably Belgium’s best player, and to get far in the tournament, as they are expected to do, he has to be on top form. He opened the scoring against Tunisia with a penalty, and then added another later in the game.

He looked on sublime form against Brazil as he guided his team to a 2-1 victory. They face Belgium later today.

His name may smack of a character from a 1980s daytime soap opera on American TV, but there is nothing false about the skills of the Belgian teenage sensation whose bold and expressive performances for Lille last season rightly earned him the title of rookie of the year in the annual poll of French league players.

They know talent when they see it. In his first full campaign as a professional, the 18-year-old was pure gold. Whether used on the right side of midfield, as a second striker or No10 – where he is most effective – his extraordinary natural ability could not be missed.

Very rarely is so much crammed into such a small package. The smooth-as-silk technique is best illustrated by the way he manipulates the ball with the outside of his foot, the explosive acceleration, the total awareness of everything going on around him and the shooting power. 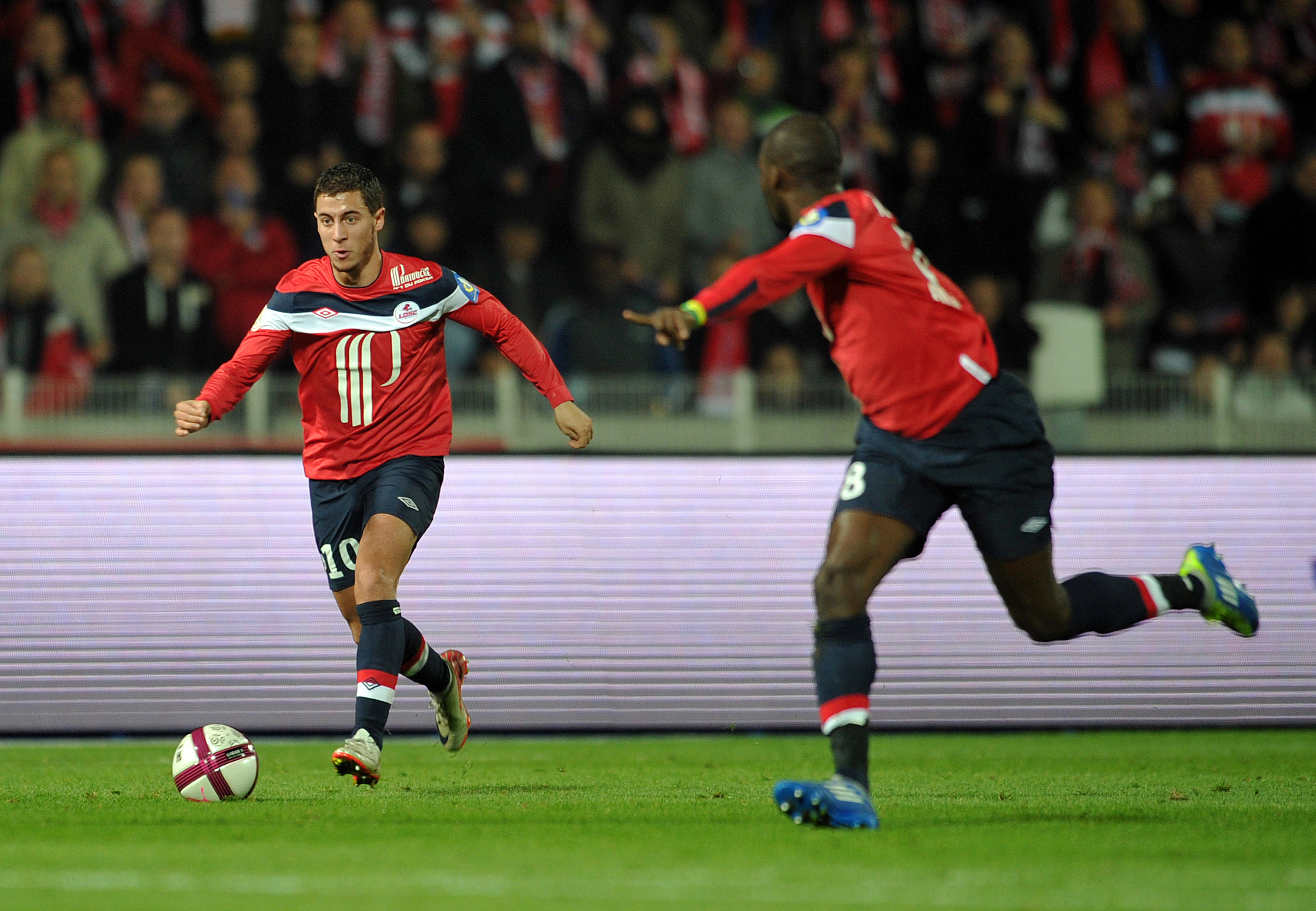 Sought After: Hazard when playing at Lille was wanted by a whole host of big clubs (Getty Images)

Lille’s 3-2 French Cup victory over mighty Lyon in March was the evening the prodigy truly announced himself to an enthralled French audience. This was his match from start to finish, setting up two goals with clever crosses from the right and scoring a beauty himself, jinking past several opponents before slamming a low right-footer inside Remy Vercoutre’s near post.

Asked if he had felt intimidated facing the Lyon big hitters, his reaction was one of sheer wide-eyed innocence: “No, why?”

Zinedine Zidane, these days advisor to spendaholic Real Madrid president Florentino Perez, says he would “take him blindfolded” to the Bernabeu. And so would a host of other top European clubs, who are all prepared to extend their overdrafts to finance the purchase. However, the signs are they will have to wait a while.

Since hopping over the border to Lille six years ago, he has grown very attached to the northern France club and realises that 30-odd Ligue 1 games is simply not sufficient preparation for a big-money move the Premier League, La Liga or Serie A.

“Teams like Arsenal and Real Madrid interest me because I dreamt of them as a child,” he explains. “But if I joined an Inter or Barcelona that would be great too. Hopefully this type of move will be in the future. I’m under contract to Lille for the next three years and I’ve got much to learn. If a club comes in and offers Lille so much money they can’t refuse, it may be a different story. But basically I want more time to develop my game at Lille.” 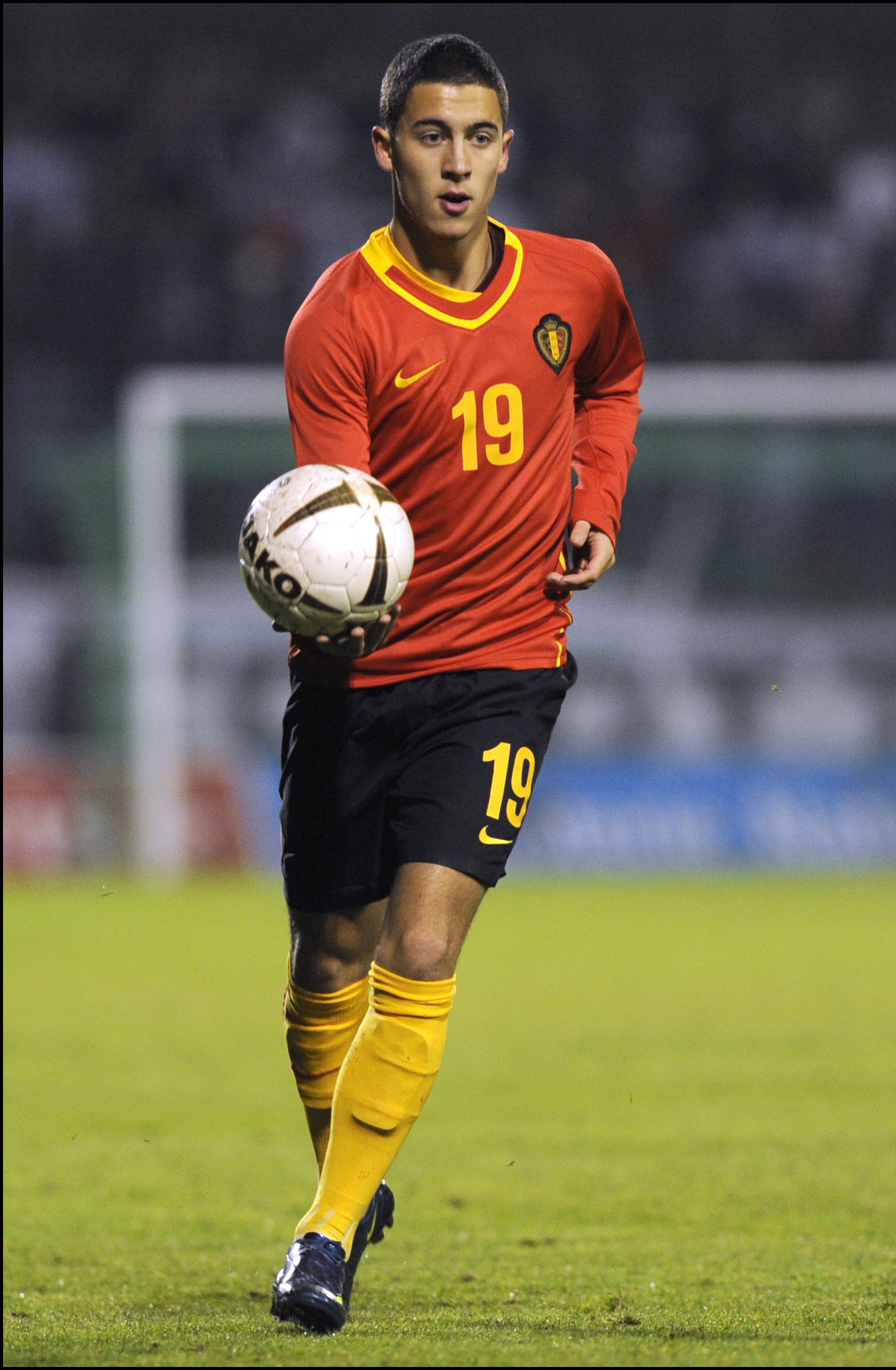 Fast-tracked: Hazard quickly moved up into the Belgium national team, where he has stayed (Getty Images)

From the old steelworking town of La Louviere, he shares his birthplace with former Belgium midfield star Enzo Scifo and, like him, was fast-tracked into the national team.

At the time of his Diables Rouges debut in 1984 Scifo was 18 years and 3 months old; Eden Hazard was an even younger debutant, just 17 years and 10 months when coming on as a substitute against Luxembourg last year. Scifo played for Belgium for 14 years, including four World Cups. Should Hazard prove as long-lasting, his country is in for a treat.