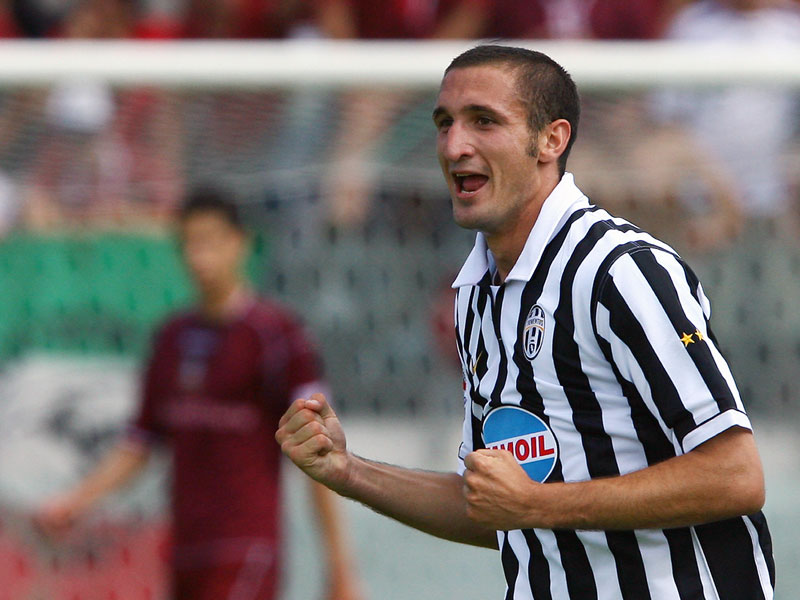 Welcome to our page dedicated to Juventus and Italy legend, Giorgio Chiellini. He may be getting on a bit, but check out our Talent Scout report on him from our October 2005 issue below.

Juventus’ bustling, attacking left-back Giorgio Chiellini is yet another member of the “new wave” brought into the Italian national team by new coach Marcello Lippi last season. The 21-year-old, who returned to Turin HQ this summer from a loan spell at Fiorentina, could yet prove a useful weapon in Lippi’s armoury at next year’s World Cup.

Chiellini, 6ft 2in and built like the proverbial brick water closet, has already earned himself the nickname “The Armoured Truck”, while his coach at former club Livorno, Giorgio Papadopulo, once likened him to the former Verona and West Germany left-back Hans-Pieter Briegel.

Indeed, the youngster, who is much given to getting forward yet reliable in defence, has only one obvious weakness – his inexperience.

Chiellini now has five caps, having made his Italy debut in a friendly against Finland last November. Were it not for a broken nose pre-season, he might have added to that tally. As soon as Italy wrap up their qualification, however, Lippi should find space for him in the series of pre-World Cup friendlies. 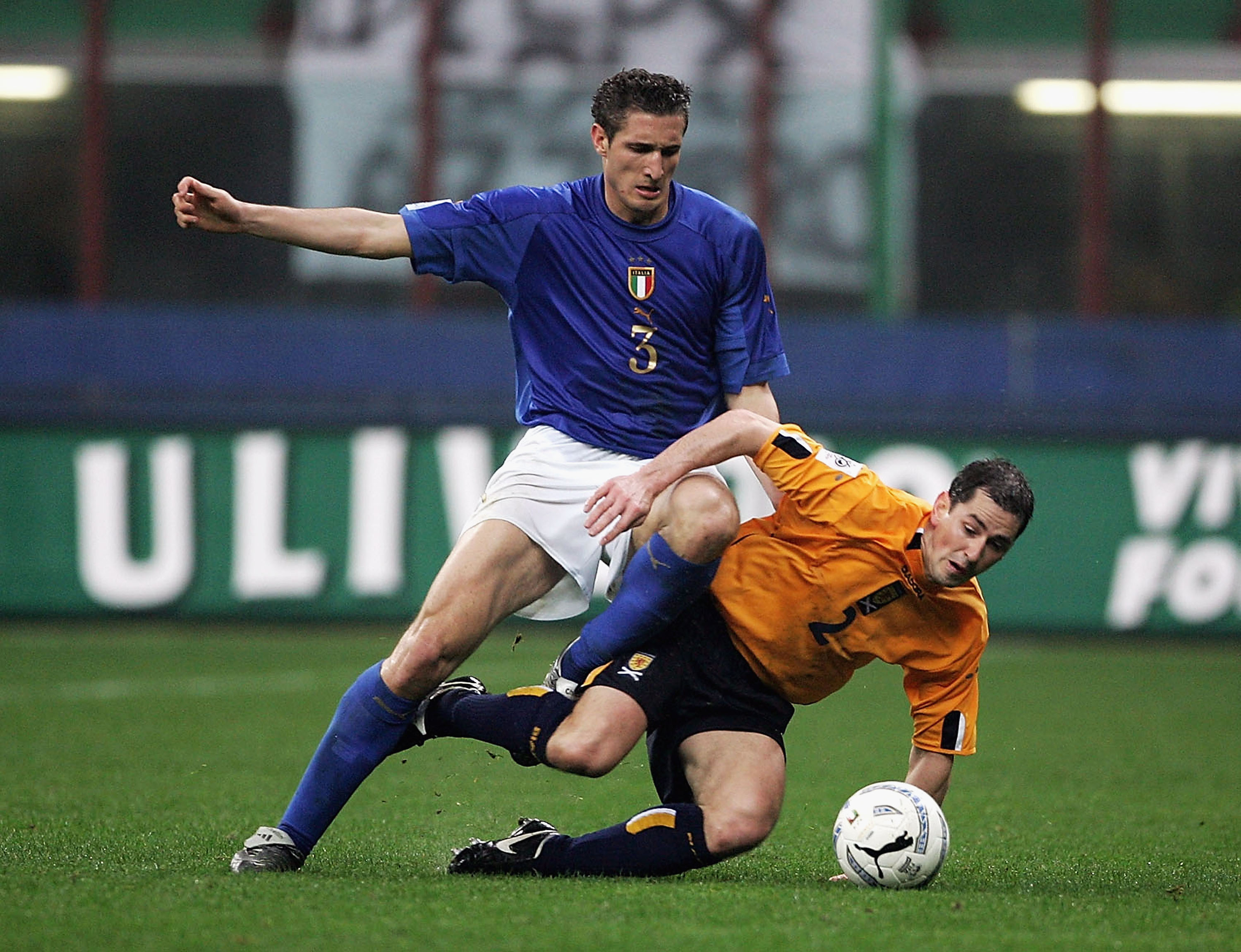 Armoured Truck: Chiellini’s strength got him the nickname (Getty Images)

Both with Juventus and Italy, Chiellini could yet prove a real joker in the pack, given that he can take over from the current Juventus and Italy left-back Gianluca Zambrotta. That would give both Lippi and Juventus coach Fabio Capello the opportunity of using Zambrotta in left midfield, at right-back or in a right-sided midfield role.

Chiellini’s attacking penchant, his power, his pace and the tactical options that he affords both coaches mean that this could well be a very successful season for him and one that takes him
all the way to Germany 2006.