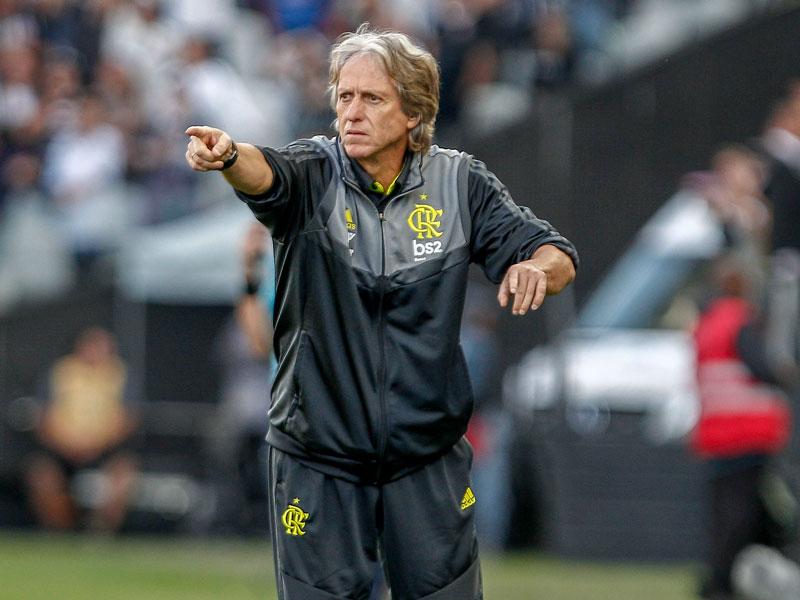 Tim Vickery’s Notes From South America: What Has Gone Wrong For Jorge Jesus?

Two weeks ago, World Soccer reported on the party atmosphere in Rio de Janeiro after the home debut of Portuguese coach Jorge Jesus in charge of local giants Flamengo. His side had just thrashed Goias 6-1 in the Maracana stadium. His new brand of pro-active football – high defensive line, plenty of options for quick passes in the opposition half of the field – was off to a flying start.

The piece also noted that his methods, indeed his mere presence, would be sure to put some noses out of joint. In a conservative footballing culture, the appearance of this European threatened to take the coaching establishment out of its cautious comfort zone. Some would be hoping that Jorge Jesus would not be a success.

It was also noted that the crunch games were coming thick and fast, and that the new project could be blown hopelessly off course should Flamengo suffer early elimination in a couple of knock out competitions.

Wednesday, then, is the big night. Flamengo have already bowed out of the Brazilian Cup, losing a penalty shoot out to Athletico Paranaense after both legs finished 1-1. And last week they had a disastrous 90 minutes in the club’s main priority – the Libertadores, South America’s Champions League. In the opening leg of the first knock out round, they went down 2-0 away to Emelec of Ecuador. The Libertadores has been a cause of frequent frustration for the club. Premature elimination against unfancied opponents would be the biggest yet.

So what has gone wrong in the last couple of weeks for Jorge Jesus?

He has certainly been unlucky with injuries. The key factor in that 6-1 win over Goias was the deployment of his pair of attacking midfielders, Everton Ribeiro and the Uruguayan Giorgian De Arrascaeta.  Both of them operated in a corridor some ten metres infield – what the Germans have deemed ‘half space’ – giving them an angle of passing with the full backs, with deep lying playmaker Diego and with the strikers – especially Gabriel Barbosa, who is clearly relishing the freedom to roam that eh now has as a member of a front pair.

But Everton Ribeiro and De Arrascaeta have both fallen victim to injuries. They missed the first leg, and are unlikely to be able to play the full 90 minutes on Wednesday. Immediate reserve Vitinho is also injured.

Flamengo lost two more to injury in Sunday’s 3-2 local derby win over Botafogo. The biggest loss for Wednesday would be centre back Rodrigo Caio – especially as his defensive partner Leo Duarte has just been sold to Milan. A giant Spaniard Pablo Mari, signed from Manchester City, made his debut on Sunday and may well have to lead a patched up defence on Wednesday.

And then there is the case of Diego – weighty evidence for the view that the gods of football were not favouring Flamengo in last week’s first leg.  Emelec went a quick goal up, but early in the second half they had centre back Leandro Vega sent off. The home crowd in Guayaquil was putting pressure on the referee to even up the numbers. Jorge Jesus was clearly concerned, and used up his two remaining substitutions, withdrawing his players who were on a yellow card. He tried to make sure his side did not go down to ten men. But then Diego had his ankle smashed, and Flamengo had no substitutes left. He missed the last 20 minutes, and will miss the next four months – another cruel blow.

Soon after the game turned in to ten against ten, Emelec doubled their lead. Former Real Madrid and Burnley winger Fernando Guerrero was about to be substituted – his replacement was waiting on the touchline – when he charged forward to set up a goal for Romario Caicedo.

Flamengo fell two down to a man named after one of their former idols. And now they will look to invoke the spirit of Zico, Romario and all the heroes of the past to overturn Emelec’s lead and move into the quarter finals.

Can their depleted ranks push Emelec back and turn the screw on Wednesday? Can their more hot headed elements, such as Gabriel and fellow striker Bruno Henrique – keep calm under pressure? Can their high line defend against the dangerous Ecuadorian wingers?

Whatever the answers, Jorge Jesus is unlikely to forget his first three weeks of matches in charge of Brazil’s most popular club.