This is Groundhog Week in Zurich. Another year, another FIFA election. Same city, same stage. Almost the same characters again. Prince Ali as himself. Then Gianni Infantino, representing Platinism without Platini and Sheikh Salman representing Blatterism without Blatter.

All three and their advisers may consider the labels unfair. But they have played senior roles in the governance of the world game over the past decade; they must bear their particular share of responsibility for the shabby place in which FIFA finds itself.

In Groundhog Day, the film, Bill Murray attained self-improvement day by repetitive day; the recent history of the world football federation holds out no guarantees that it may imitate the silver screen.

Indeed, a lively betting market has been created over how many further arrests will serve as a Baur au Lac overture to Friday’s extraordinary elective congress. Last May a 6am swoop on the hotel headed up a stream of 41 indictments which embraced presidents and vice-presidents, other senior officials and marketing companies, mainly in the Americas.

This time, hopefully, all five candidates – Prince Ali, Jerome Champagne, Gianni Infantino, Sheikh Salman and Tokyo Sexwale – will stick in the race and seize the opportunity to take the stage for their 15 minutes of fame.

The quintet have been scurrying around the world, seeking to persuade the 209 national associations in turn that each man is the right choice to lead FIFA forward, out of the darkness into the light (assisted by more development funds, more World Cup slots, greater transparency, more honesty, wider inclusion etc etc).

But then, this is an election. Where would the constituency be without promises to consider and pledges to review?

The five-man field is not the most exciting. But then, it’s time FIFA escaped being in thrall to personality presidents (and secretary-generals) and placed itself in the hands of a man (no chance for a woman this time around, unfortunately) ready to sit down at his desk on Saturday morning and, simply, work.

Indeed, in a future FIFA the most important individual will be the chief executive officer, not the president. Hopefully the new regime will look outside football, albeit still within sport, for that man (or woman).

More important than the choice of president is for the reform package to be approved; it needs 75pc of the voters and that is not necessarily a given. If a group of federations decides there is one particular item it does not like then the entire package will come crashing down.

This, of course, may be precisely the ambition of a self-centred clique out there demanding only protection of their privileges.

The outcome will depend on the minnow federations which make up probably half of FIFA’s democratic one-country one-vote system. A pressing western demand for FIFA reform is not their direct priority. Top of their agenda is how to pay, next week or next month, the sort of bills which an English or French or German FA would flip out of the small change.

Failure to approve the reforms package would be suicidal. Swiss and United States judicial authorities would perceive it as a signal that FIFA is all about self-protection; it would lose the ‘victim’ status which has kept it afloat amid all the allegations, accusations, indictments and inequalities.

Champagne has been valiantly correct to identify a growing financial imbalance as a priority concern for the new president. It is in evidence not only on the pitches of the world but in the congress voting hall in terms of priorities. 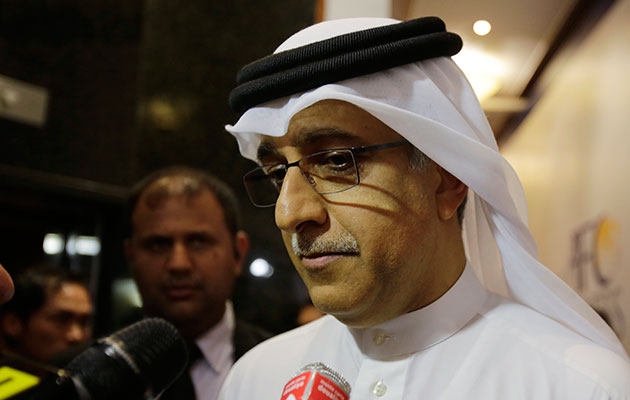 This is where Sheikh Salman bin Ebrahim Al Khalifa has fallen down. Even aside from the Bahrain pro-democracy controversy, his devotion to corporate integrity is questionable, given that his AFC ethics committee has yet to operate; he struck out references to gender equality from an Amnesty International ‘pledge’; and he has offered nothing to voters in terms of more development cash of World Cup slots.

Yet he is favourite.

Not that anyone is without skeletons of one sort or another. 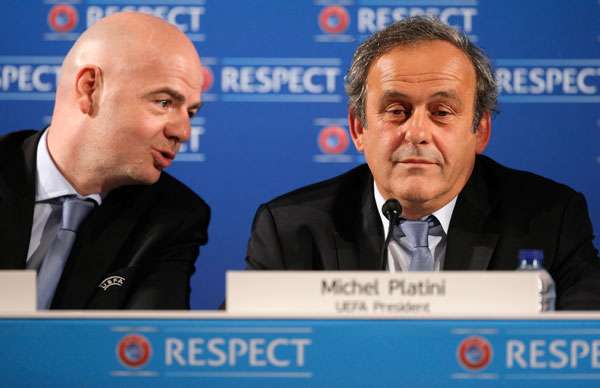 Infantino was only UEFA’s emergency stand-in after Michel Platini fell foul of the ethics committee and is thus handicapped by a decade from having worked hand-in-glove with the Frenchman; Champagne worked effectively for a decade of his own at FIFA close to Blatter whom he has steadfastly refused to criticise; questions linger over how South African Tokyo Sexwale acquired a business fortune so soon after walking out of Robben Island.

Sexwale, for what it is worth, has been by far the most unimpressive candidate. He was brought into FIFA by Blatter as an anti-racism consultant and as head of the Palestine-Israel commission. If his campaign is his judgment then Sexwale cannot wait to get out.

Critics have cavilled at several of the candidates making World Cup and cash pledges – notably Infantino – but voters in even the most open of democracies expect their politicians to woo them with offers of a better tomorrow. To this extent a FIFA ‘general election’ is no better, no worse.

Nor should too much notice be afforded to criticism of wheeler dealing ahead of the big day. UK Prime Minister David Cameron was engaged in similar ‘off-piste’ bartering ahead of his agreement with the other European Union heads of government this past week.

Government or sport, this is politics.

It’s 42 years since Joao Havelange became the first and so far only non-European to land the FIFA presidency. He ushered the game into a land of commercial and financial milk and honey, with the enthusiastic support of Blatter as his development director, general secretary then successor.

They, and the corrupt mortals lured into their inner circle – Blazer, Grondona, Leoz, Teixeira, Warner and so many more – believed they were untouchable. In their avaricious arrogance they considered themselves gods of the game in a FIFA pantheon.

Now, one way or another, for Götterdämmerung.