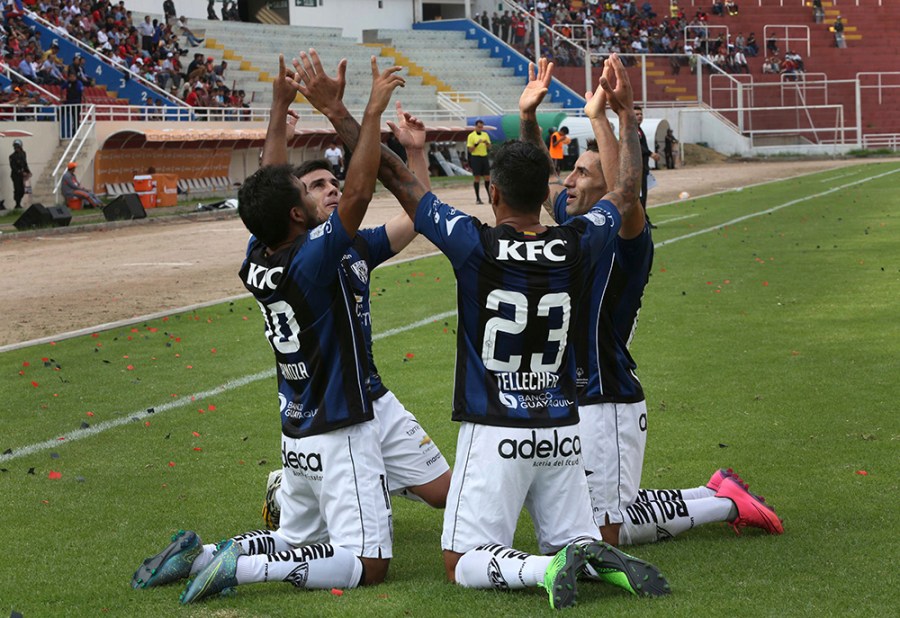 The new look, year long Copa Libertadores kicks off this week with the hastily arranged and hastily played first round of a three phase qualification competition.

Only existing because the Mexican clubs have pulled out, this phase stars and ends this week – first legs on Monday, return games on Friday. The loss of the Mexicans opened up three new slots. To fill them, an extra place was given to the six countries seen as the weakest – Argentina, Brazil, Chile and Colombia had already been handed extra places. So now there was space for an additional team apiece from Bolivia, Ecuador, Paraguay, Peru, Uruguay and Venezuela – and it is these sides who ate in action over the next few days, with the three winners going into the next phase.

But it would be presumptuous to dismiss this week’s matches as mere preamble. Look no further than Independiente del Valle of Ecuador.

The tiny club from Quito made their debut in the competition in 2014, when they performed well but filed to make it out of the group stage. In 2015 they fell in the qualifying round – a fate they seemed likely to repeat in 2016. The last kick of the match was a penalty for Guarani of Paraguay. Hernan Rodrigo Lopez stepped up. A vastly experienced Uruguayan, Lopez scored from the spot for Olimpia in 2002 when both the semi final and the final of the Libertadores went to a shoot out. He seemed a safe bet to send Guarani into the group phase. But he shot high over the bar. Independendiente del Valle went on – and on. All the way to the final, where they lost narrowly to Atletico Nacional of Colombia. On the way they knocked out both River Plate and Boca Juniors, both times coming through second legs in Buenos Aires. Indeed, they beat Boca both home and away.

The lesson of the story is clear. In contemporary South American football, the danger can come from unexpected quarters. And now Independiente are back.

It is a very different side from the one that made history last year. A new coach – former Colombian international defender Alexis Mendoza – has taken over from the long serving Uruguayan Pablo Repetto. But Repetto’s two compatriots, right back Christian Nunez and midfielder Mario Rizotto, are still there to add steel and experience to the side. But the other 9 players from the Libertadores final starting line up have all been sold. Some have gone to Brazil, others to Argentina, others to Europe. This, of course, is the model of the club. They look to groom players, either through their youth ranks or buying them at a young age, and then sell them on.

So, Nunez and Rizotto aside, it is a new Independiente del Valle team that will take on Peru’s Deportivo Municipal over two legs, hoping to make it through to the next round and face Olimpia of Paraguay, now coached by Pablo Repetto, who has taken goalkeeper Librado Azcona and winger Jonathan Gonzalez along with him.

Independiente have also been busy, raiding their more illustrious, but financially troubled Quito neighbours El Nacional. They have signed former international keeper Adrian Bone along with the young strike duo of Felipe Mejia and the highly promising Michael Estrada. Other have also come in, and the time has arrived for some of the club’s youth graduates, such as Under-20 internationals Luis Fernando Leon and Gabriel Cortez, a centre back and playmaker respectively, to show their worth.

It may, of course, be too soon for Independiente del Valle’s class of 2017 to gel. But even if their fourth consecutive Libertadores campaign does end in early elimination, there is no need to push the panic button. The club are supplying five players to the Ecuador squad currently taking part in the South American Under-20 Championships. The model still seems to be working.