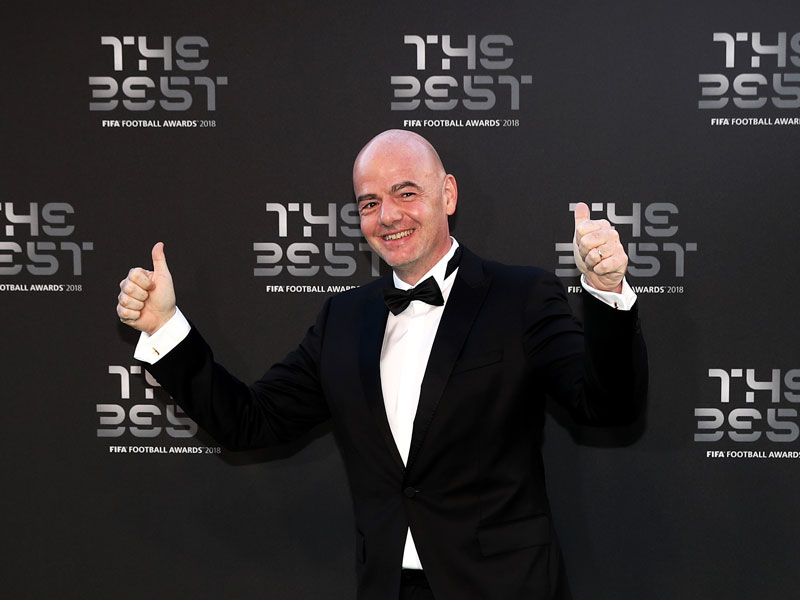 Brian Glanville: “Infantino Is As Rotten As Blatter”

Applause for that formidable columnist Martin Samuel who does not mince his words in excoriating the abysmal Gianni Infantino who alas has moved up from being a highly controversial head of UEFA to being a deeply unappealing President of FIFA.

“Infantino,” writes Samuel, “has all the same rotten traits as his predecessor [Sepp Blatter], the greed, the terrible ideas, the abhorant companions, but he fronts it out with an unseemly smugness – as if he is the new broom sweeping clean.

“And like Blatter he fancies himself as a stateman. What else could be behind his desire to expand the 2022 World Cup to 48 teams, by taking it beyond the borders of Qatar? …And no-one has mentioned the blockade?”

He goes on to emphsise the attitude of several major footballing Middle Eastern countries who deem Qatar guilty of supporting terrorism and want nothing to do with that putrescent little country. “This is what happens when a man is completely surrounded by sycophancy… He’s a greedy corporate shill, a great vampire squid, and the discord in the Gulf is hindering his prime motivation: making money.”

Almost concurrently, one learns of bizarre behaviour by Infantino when he was the general secretary of UEFA. When Manchester City and Paris Saint-Germain seemed bang to rights over huge, unlawful expenditure, what did Infantino do but try to outflank his own investigators, arranging at a meeting with Man City officials to agree the club would seek an amicable settlement. Later he would behave similarly with PSG. City have angrily denied the report but it seems to have basis in reality.

The latest schemes by major European clubs to set up their own European Super League evoke memories of past attempts to do it. I would have thought the Greed is Good League, as I from the beginining termed the Premiership, was generating far more than enough money for the high rollers. But what especially sticks in the craw is the intention of the would-be breakaway clubs to make several of the most powerful of them exemp from any kind of relegation; though come to think of it, where would they relegate to, having once resigned from their various Leagues?

Such an arrangement would surely give a certain sterility, an inorganic aspect to such a league. I would be surprised to see such a league happen, any more than it did in the past.

With Manchester City still in dominant form, though not in Europe, it has been opined that they could emulate Arsenal by going a whole season in the league unbeaten. Except that the Gunners should not have gone unbeaten. It was only a phoney penalty, procured when their French international Pires dived, which saved them from an early home defeat by an infuriated Harry Redknapp’s Portsmouth.