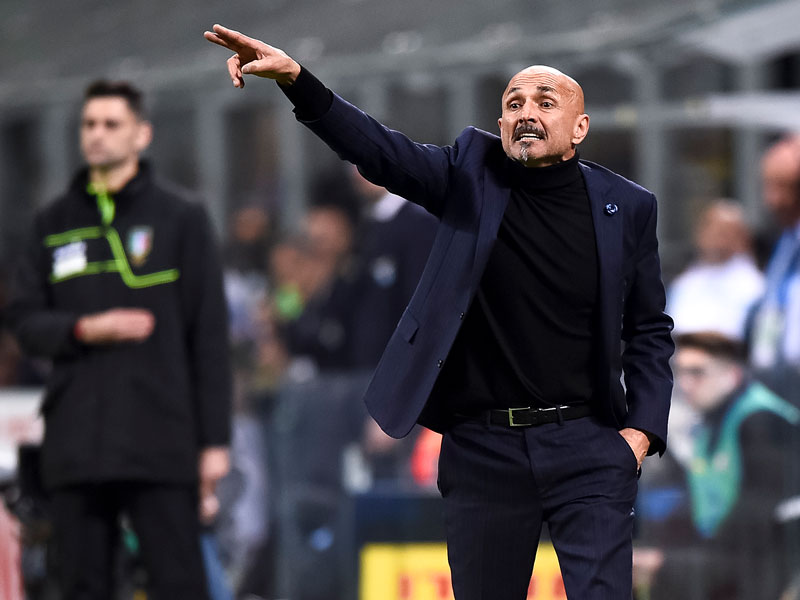 Paddy Agnew’s Notes From Italy: Internazionale Are In Crisis

“Work it out for yourselves. It is humiliating to have to enter into negotiations to persuade a player to pull on the Inter shirt. So, what does this mean? In future when I name the squad for a game, do I have to send off 20 E-mails to the players’ lawyers.”

Inter coach Luciano Spalletti is the speaker and his post-match interview following Inter’s 1-0 home defeat by Lazio on Sunday night seems destined to become a collector’s item. There was no bonhomie, none of the usual cliched “footballspeak”, simply the thoughts of an exasperated coach who intends to teach a lesson to the club’s superstar, Argentine Mauro Icardi.

Out of the Inter team for six weeks now, ostensibly because of a knee problem but in reality because of his failure to agree a new contract with the club, Icardi was again left out of the team for the Lazio game. This most recent “exclusion” had caused major surprise because all the signs prior to Sunday had suggested that Inter and Icardi were well on the road to resolving their differences.

After an extended period of negotiations, some formal but many via social media and TV interviews, and after a series of meetings between Inter Managing Director, Beppe Marotta and Icardi’s lawyer, the player finally returned to first team training early last week. Inter’s destructive and costly internal war with its main goalscorer seemed to be finally at an end.

So much so that some commentators even suggested that Icardi might be in line for a recall to the team on Sunday night. Given that Lautaro Martinez, the Argentine striker who has done well as Icardi’s substitute, was ruled out through injury, this seemed a plausible speculation.

Those commentators, however, had not bargained for Spalletti’s traditional, intransigent interpretation of internal team discipline. When Icardi’s agent-wife, Wanda Nara, had criticised some of the Inter players during a TV interview last month, many (and not just Inter club directors) felt that Icardi, via his wife, had done the unforgiveable. They had broken that sacrosanct dressing room rule which argues that you never publicly criticise team mates. There were suggestions that Icardi, captain of the team until February, would have to aplogize to his team mates. As of now, we do not know if he ever did offer such an apology to the dressing room inner sanctum.

What we do know is that, as far as Spalletti was concerned, he was not yet entitled to return to the team on Sunday night. In his absence, the Inter attack was led by a three man attack of Matteo Politano, Croat Ivan Perisic and Senegal’s Keita Baldé. When the man from Sky TV inevitably asked Spalletti if Icardi’s absence had been crucial to the negative result, he prompted a veritable verbal explosion from the Inter coach:

“Is it not true that we qualified for the Champions League this season for the first time in six years?  Yet, in all those other years, Icardi was playing for Inter and we didn’t qualify. How many games like tonight, or worse than tonight, have we lost with Icardi in the side?

“This whole debate amuses you lot but the situation is clear. Given the way he has behaved, other players should be playing…I’ve got to instil credibility in the team and I’ve had that credibility in the dressing room for 22 years…”

Spalletti acknowledged that the obviously less than fully fit Icardi could well have played for 45 minutes but that he had left him out for disciplinary reasons, “just as with others in the past”, adding pointedly:

“Those players who on their own make the difference are very few.   You have Messi and you have Ronaldo and then very few others…”

Which is all very well except for one consideration. Inter lost. Between them Keita, Perisic and Politano have scored 12 Serie A goals this season. On his own, Icardi by the end of January had scored nine.

Even though Inter took the game to Lazio, even though they had 18 shots on goal and even though they dominated possession 65-35%, they failed to score. Put it another way, Inter on the night could really have done with a powerful central target, man up front.

Not that such considerations are likely to change Luciano Spalletti’s mind. He remains unrepentant about his decision, saying:

“…With what sort of face could I walk into the dressing room having dropped other players to make way for a guy who has behaved as he has done? Discipline is the most important thing in a team squad.”

On Wednesday, Inter are away to Genoa for a mid-week game in which they badly need the points. Will Spalletti recall  his man.

The worst thing about Sunday’s defeat is that it represented a loss to one of Inter’s main rivals for a place in next year’s Champions League. Already eliminated from both this season’s Champions League and then the Europa League, as well as from the Coppa Italia, third-placed Inter now clearly have only one seasonal objective left to them, namely qualifying for the Champions League.

Problem is that fifth placed Lazio, five points behind them and with a game in hand, now look menacing. Hence, Sunday night’s defeat was especially painful. In the name of getting more points back on the board, and with Lautaro Martinez still unavailable, will Spalletti now rule that Icardi has done enough public penance? Or will he again be sacrificed on the altar of team discipline?   Watch out for the Genoa v Inter team sheets on Wednesday night.