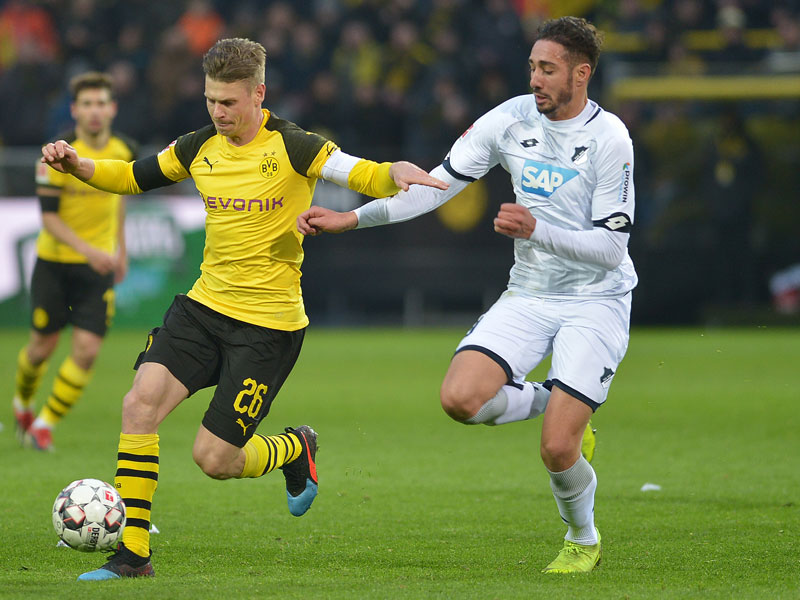 Algerian international striker Ishak Belfodil, the purveyor of a supersub brace as his Hoffenheim side fought back from three goals down to earn a miraculous draw at Bundesliga pacesetters Dortmund, has never been one for an easy life.

With his amazing cocktail of attributes – his size, physicality, vision and glorious technique – the 27-year-old should, in a perfect world, have enjoyed an exceptional career. But somehow, some way, he only has hit the heights sporadically, often undermined by his petulance and unwillingness to compromise.

Born in Algeria, though brought up in the Paris suburbs, his career is littered with wrong turnings and bust-ups. A lack of decent scholastic grades cost the then 14-year-old his place at the Paris Saint-Germain academy. At Lyon, his first pro club, he was sent packing from a reserve team training session after clashing with the coach. And in Germany, where he has been playing for the last two years with Bremen and now Hoffenheim, the old bad boy habits have resurfaced.

Last season, both the Bremen coach and general manager slammed him for not giving his all in practice, while early this term, he served a temporary suspension from the pro squad for missing a video analysis meeting. It’s hardly surprising that he never has overstayed his welcome at any club, playing for ten different teams in as many years.

“It’s true that I have not been very patient in some of my choices,” he told the Lyon daily Le Progres in November. “This was the case at Lyon and when I went to Internazionale (in 2013). They told me I was good, then didn’t play me. I didn’t understand it and after a few months, I wanted to leave.”

What a waste. Once categorised in his formative years as a cross between Eric Cantona and Zlatan Ibrahimovic, he was good enough to make his senior debut for Lyon at just 17 and only four years later, looked set for the Italian big-time with the ‘nerazzurri’.

Fortunately, he still has plenty of time to turn it around. Hoffenheim, whom he joined last summer in a 5.5 million deal, are certain he is far from finished and especially will have noted his flair in gala matches this term: the Dortmund one-two and his 45-second goal in a 2-1 Champions League defeat at home to Manchester City.

“The lad has brutal qualities,” said Hoffenheim director of sport Alexander Rosen after the Dortmund thriller. “He has the body of an ox, he is quick and can kick and dribble. His performance today is a good omen for the future.”

What we Learned This Week

Following a 2-0 loss at home to Hannover in a relegation six-pointer, Nurnberg have shown the door to head coach Michael Kollner. Something simply had to give. The newly-promoted southerners have not won a single Bundesliga game in 15 attempts. Only few weeks ago, Nurnberg general manager Andreas Bornemann was insisting that even if relegation did ensue, Kollner would remain. The board’s answer ? Sack Bornemann too.

Stuttgart, another team in the top-flight mire, also have been wielding, the axe, firing high-profile director of sport, Michael Reschke. He paid the ultimate price for the Swabians’ marked fall from grace this term, their inability to push on after achieving a fine seventh-place finish last season. Reschke’s replacement is the former Germany midfielder Thomas Hitzlsperger, who was a Bundesliga champion with Stuttgart in 2007.