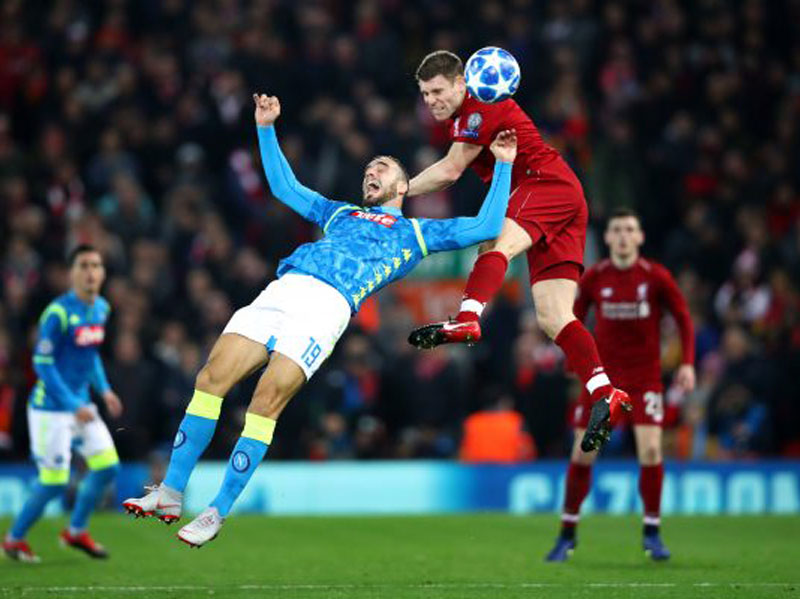 For those of us who argue that a country’s football results are often intimately linked to that particular nation’s economic stats, last week’s utterly abysmal set of Italian results in the Champions League and the Europa League serves to prove the point.

As three clubs, Inter, Milan and Napoli, were eliminated while another three, Juventus, Roma and Lazio, were all beaten (even if all three had already qualified for the next round), one could only conclude that Italian football is indeed still stuck in the moment of a 20-year-old national recession. For those of us, including  your correspondent, who last week had the temerity to suggest that Champions League results this autumn might indicate a revival in Italian fortunes, this was a bitter delusion.

No one felt it more than former Italy and AC Milan coach, Arrigo Sacchi, a two time winner of the Champions Cup in the late 1980s, early 1990s at a time when his club team was arguably the best in the world. Writing in his “Gazzetta Dello Sport” column last Saturday, Sacchi mournfully concluded: “A terrible week of cup competitions has just finished. We managed to pick up one out of 18 possible points. This was a complete disaster, too much so to be just a fatality…

“You cannot even argue that the others have more money. With the exception of Liverpool (Napoli), all the other opponents (the Swiss Young Boys, Czech side Viktoria Plzen, Dutch Club PSV Eindhoven, Greek side Olympiakos and German side Eintracht Frankfurt) have lower turnovers.

“Unfortunately, though, our football is the expression of an old society, one in economic, cultural and moral crisis… Ours is a conservative country which struggles to renew itself and to evolve.”

In pure football terms, the eliminations of Napoli, Inter and Milan were bitter pills. Napoli gave a good account of themselves at Anfield but still failed to pick up the draw that would have put them into the second round. Even if Liverpool’s goalkeeper, Brazilian Allison, pulled off a late miracle save from Polish striker Arkadi Milik, to deny the all-important equaliser, Napoli had not done enough to earn a draw in a game in which Liverpool missed a number of clear chances.

Napoli live to fight another day (in the Europa League along with Inter) and, in the meantime, bounced back from that disappointment with a vital last gasp 1-0 defeat of Cagliari on Sunday. Inter, too, are now also Europa League bound but their 1-1 Champions League home draw with PSV was especially disappointing with many critics arguing that, having scored their equaliser, Inter took their foot off the accelerator in the mistaken belief that 1-1 would be good enough. That, of course, did not calculate for Lucas Moura’s late equaliser  for Tottenham against Barcelona, the goal that secured second place for Spurs.

Inter’s city cousins, AC Milan, did arguably worse, losing their Europa League tie 3-1 away to Olympiakos, in a game when again a draw would have sufficed. If there is any consolation to be had, it is that all three teams eliminated ended up with the same number of points as the sides that put them out, namely Liverpool, Tottenham and Olympiakos. This would clearly suggest that the margins of their failures were much less than in some recent seasons.

There is also the gratifying thought that Dame Fortune maybe owes one to the Italian clubs. A debt that was perhaps immediately repaid when Roma drew Porto in Monday’s draw for the second round of the Champions League. Although as Roma icon, Francesco Totti, pointed out, Porto did win their qualifying Group whilst they are currently top of their league. We would add that Porto are also past winners, in the Mourinho era, of both the Champions and Europa Leagues which is rather more than Roma can claim.

Otherwise, Dame Fortune has pulled out few favours for the Italians. The best thing that one can say about the Juventus draw, for example, is that Atletico Madrid, is one side that the Italian champions will not be underestimating. Four years ago, Juventus lost away and drew at home in two Champions League group games against Atletico, so they are unlikely to feel overconfident about this draw.

By the way, in case you missed it, the Juventus juggernaut resumed winning ways on Saturday night, with a 1-0 Turin derby win over Torino thanks to a Ronaldo penalty. Yet again, Torino probably did not deserve to lose but, as always, the Old Lady was merciless. In the meantime, Juventus put that strange (if painless) defeat by Young Boys on a frozen, synthetic pitch in Bern far behind them.

As for the Europa League draw, even if Inter and Napoli, against Rapid Vienna and FC Zurich respectively, should have no reason to panic, Lazio have clearly drawn the short straw in the shape of five time winners FC Seville. If there was one club that you wanted to avoid at this stage, it was probably Sevilla.

At least, at the end of a bitterly disappointing week, there are still five Italian clubs alive and battling on the European front. At this stage, Juventus in the Champions League and Napoli in the Europa League would look like Italy’s best prospects. As they say, it ain’t over until the Fat Lady sings.