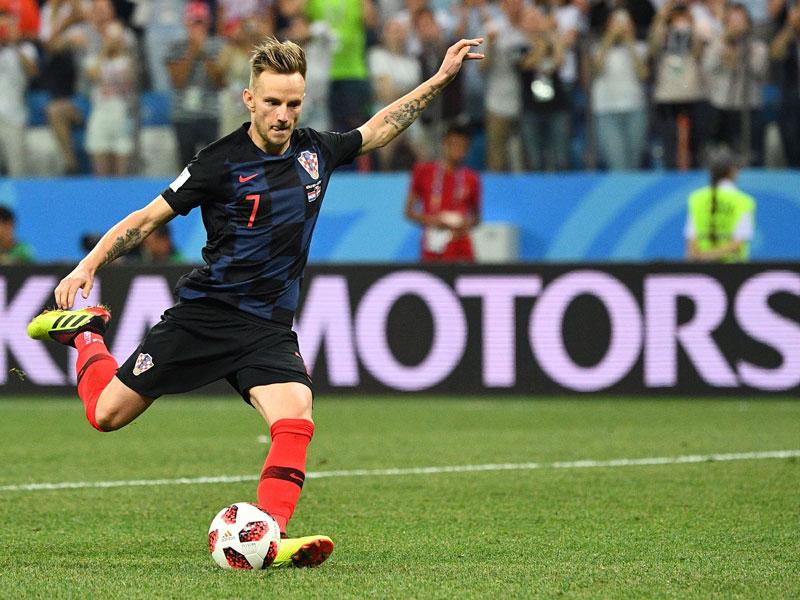 Welcome to our page focused on the Barcelona midfielder Ivan Rakitic. We will update you with news regarding the Croatian regularly but for now take a look at our Talent Scout report from November 2007.

Rakitic will form a vital partnership with Luka Modric for Croatia at the World Cup. In a tough group alongside Argentina, Nigeria and Iceland, can they get out of it?

It appears right now that Croatia are one of the favourites for the tournament after winning their group and then beating Denmark on penalties, of which Ivan Rakitic scored the decisive penalty.

Earlier this year Switzerland lost the services of one of Europe’s most promising players when midﬁelder Ivan Rakitic opted to play for Croatia, his parents’ homeland, rather than the country where he was born and brought up. And the youngster, who had played for the Swiss Under-16, 17 and 19 sides, was subjected to death threats because of his decision.

But Rakitic’s future with Croatia is bright. 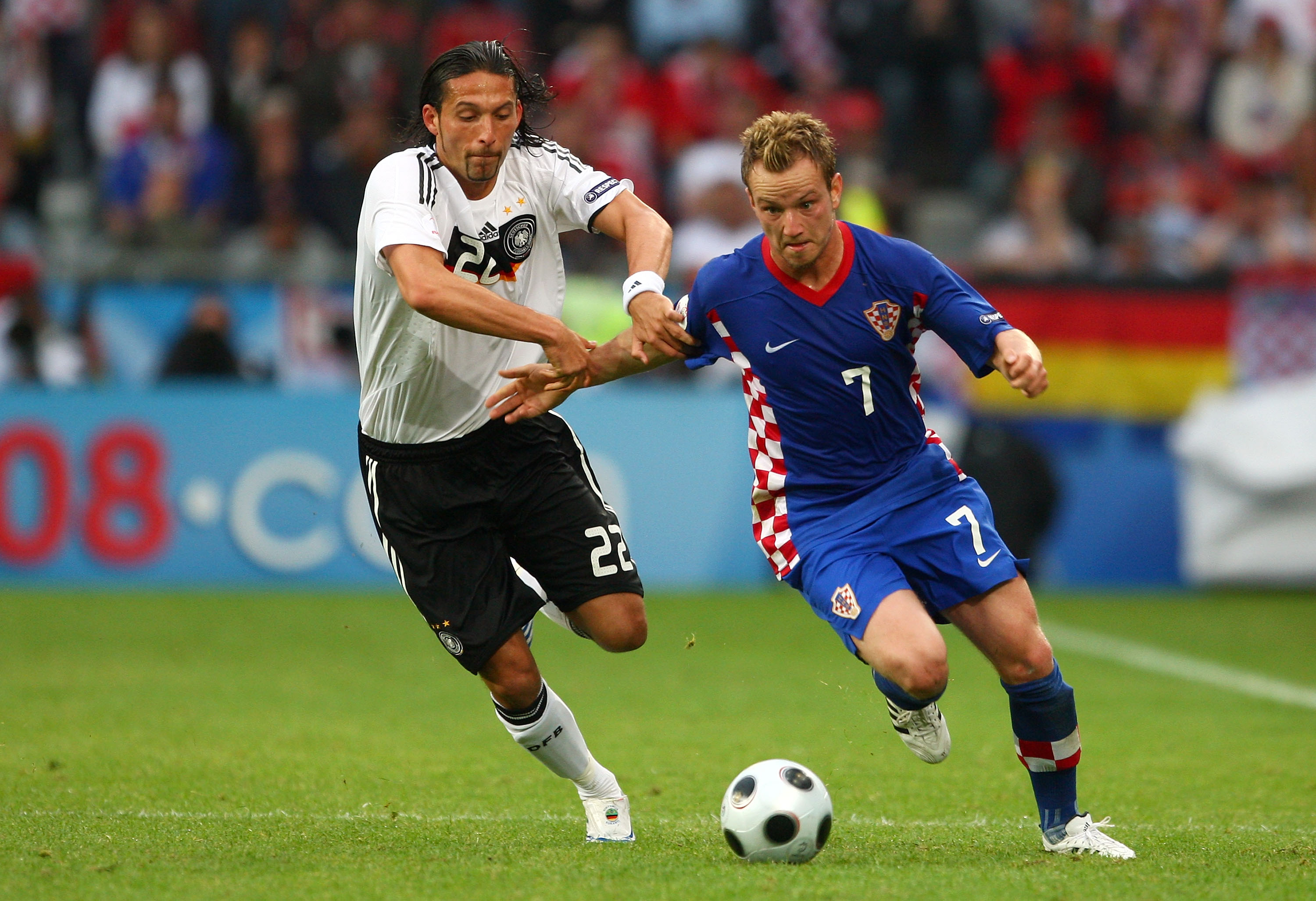 His ﬁnesse, penchant for spectacular goals and dead-ball expertise should help Slaven Bilic’s youthful and vibrant side reach new heights, starting with Euro 2008. The midﬁelder, a graduate of Basle’s youth system and named Switzerland’s young player of the 2006-07 season, had such big clubs as Barcelona and Milan lining up to sign him this summer.

But while Rakitic admits he was sorely tempted to head to Camp Nou or the San Siro, he and his agent decided, on reﬂection, that the wisest step was to sign with German outﬁt Schalke.

On the face of it, the move ticked all the boxes. He would be playing at a higher standard in the Bundesliga, there was less danger of him falling victim to squad rotation and he spoke the language.

“Schalke are a massive club with a huge following and the ambition to ﬁght for the league title and compete in the Champions League,” said Rakitic, who marked his debut for the Ruhr club with an equaliser of poise and ﬂair away to champions Stuttgart in August. 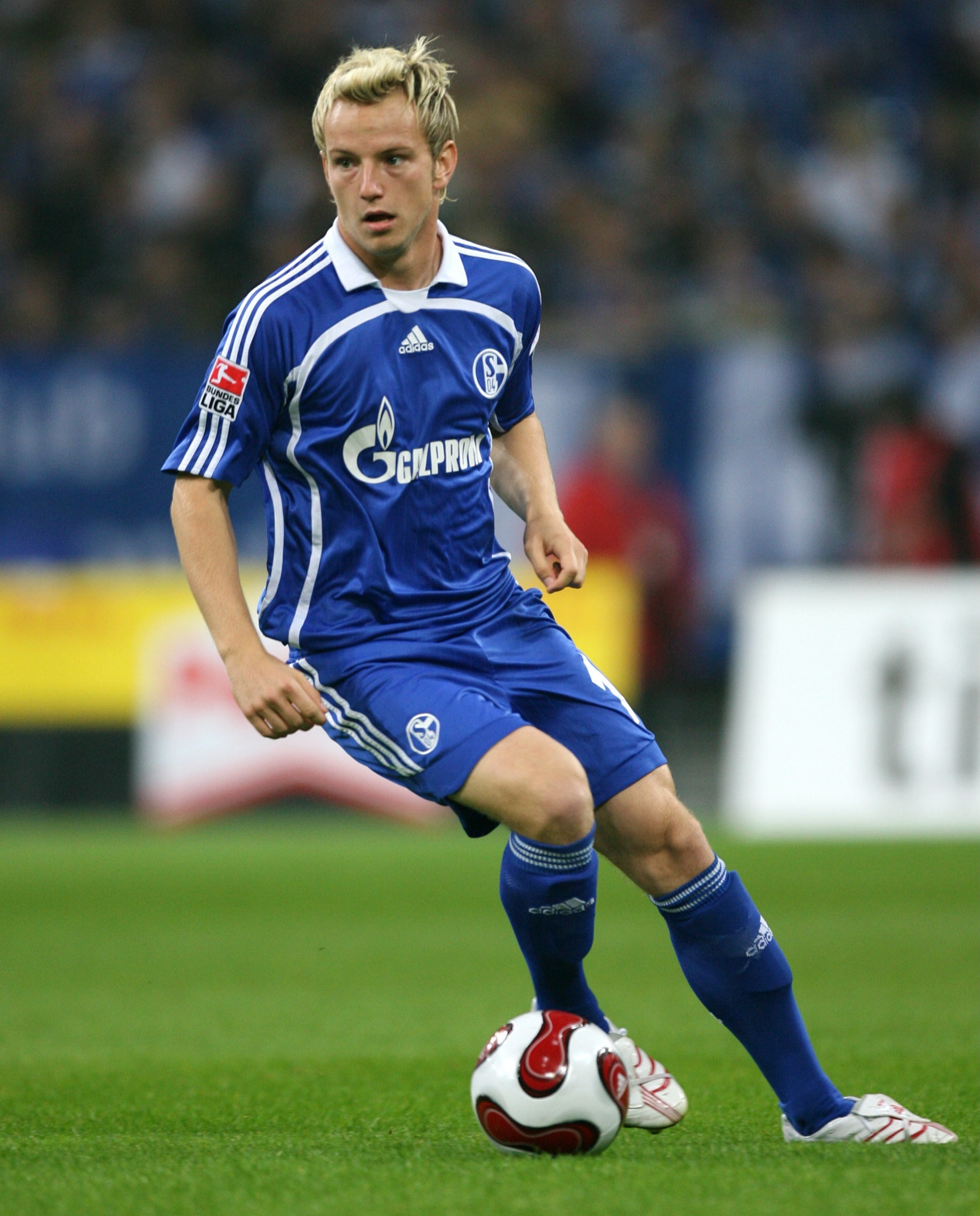 Bold Call: Rakitic had interest from Barcelona and AC Milan, but instead went to Schalke (Getty Images)

“I know I’ve made a good choice of club, that I’ll learn and develop here.” German clubs do not have a history of splashing out on a whim, £2.9million in this case.

Schalke know they have a ﬁne prospect in their midst, conspicuous both in talent and his blond hair.