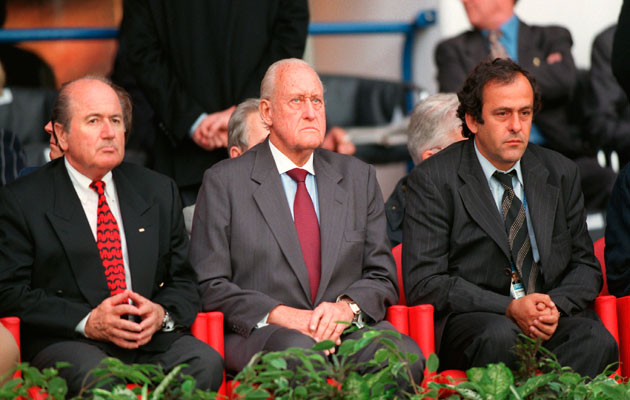 Joao Havelange, who poisoned the wells of world football, even had one of the Olympic stadia named after him, has died. But then what could you expect? His ex-son-in-law, the shamelessly corrupt Ricardo Teixeira, had to flee the country after, like Havelange himself, being exposed of taking money from the late Horst Dassler’s ISL company. This, having against all logic and morality, been installed as head of the Brazilian World Cup organisation.

David Yallop’s devastating book, How they Stole the Game, the work of an outstanding investigative journalist, published in 1999 (the year after Havelange at last stepped down from the Fifa Presidency) presents a picture of massive corruption, ruthless intrigue, relentless greed.

Yet, it is tempting to recall, in the words of the great 18th century political philosopher, Edmund Burke, that for evil to triumph, it is enough for good men to do nothing. Havelange bribed and manipulated his way to the Fifa presidency at its Frankfurt assembly in 1974. He was voted back into office on three occasions. Of course, many of those votes, like those he purchased in 1974, were acquired by underhand and expensive means.

But what of the many European associations which did not get rid of him? What in particular of our own British bodies? The late Harry Cavan of Northern Ireland was, we know very much a client of Havelange, basking even after his retirement from office in the lavish hotel hospitality he was able to enjoy.

But the FA? So feebly led by Denis Follows after Stanley Rous had been moved on from the FA in 1962 when he had been appointed president of Fifa, what of his blinkered successors? Yallop quotes me as saying, “Havelange only has two ambitions left to fulfil. The first is to become the first posthumous President of Fifa. The second is to organise a World Cup tournament for embyros.” Meaning that under Havelange, the tournament became bloated from its ideal complement of 16 finalists to 24: since when it has gown larger still.

Yallop gives abundant chapter and verse on how Havelange defeated Rous in Frankfurt. In his tireless electoral campaign he visited countless countries – who paid the colossal expenses? Havelange told Playboy magazine that he did so himself. In fact, he plundered the funds of the Brazilian Sports Confederation, topping that money up from a business which he partly owned, ignoring his partner.

Yallop tells us of Havelange’s prowess as an Olympic swimmer and water polo player, with no great interest in football, till he realised there was money to be made from it.

He turned a blind eye to the vicious atrocities of the military junta which ruled Brazil for many years, maintaining friendly relations with them. He used Pele as a foil and a calling card on his infinite presidential campaign, but in later years would turn against him. Ironically, he didn’t actually receive a salary from Fifa, but given his financial chicanery in so many other fields, this was irrelevant; though he was wont shamelessly to emphasise how Fifa didn’t pay him.

He boasts of hugely enriching Fifa – whom he falsely asserted had been all but bankrupt when he took over – ever ridiculed when he sold ISL World Cup rights, only for Horst Dassler to re-sell them for a far higher price: and in the words of Yallop, when “Havelange’s critics were particularly exercised that the amounts being generated in successive World Cups were massively below what the market would pay.”

After Havelange his protege, Sepp Blatter. The Presidency should have gone in 1998 to Sweden’s Lennart Johansson, but mysteriously and suddenly, the voting tipped heavily to Blatter. Whom you might call if not a worthy, an all too appropriate successor. 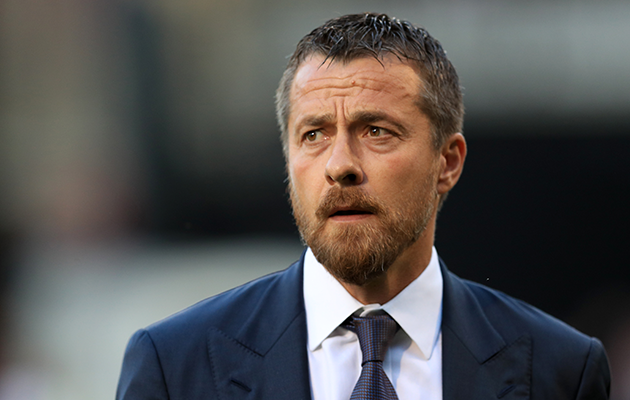 Fulham manager Slavisa Jokanovic has not been able to sign the players he wants.

Frustration at Fulham, where an accomplished manager (sorry, head coach) in Slaviša Jokanović, is blocked from signing the players he wants to improve an already promising team by of all people a so-called data analyst, an American called Craig Kline.

Mysteriously empowered by Tony Khan, a college friend and son of the absentee owner Shahid Khan, Kline as a data analyst (I kid you not) consults figures and decrees whether so-called performance numbers justify a transfer. True in Italy, and sometimes elsewhere, it is customary for the manager as in Fulham’s case, merely to make suggestions, to be decided upon by a general manager. But by and large such managers or whatever they cal themselves, have a background in football. Kline surely has none. So undermining a club and a coach with real potential.