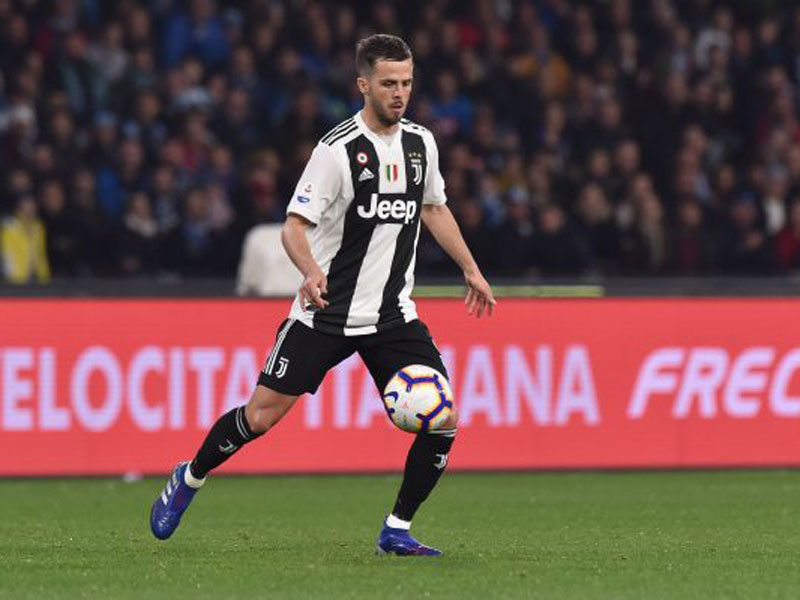 It could be that when we look back at the 2018-2019 Serie A season, we will conclude that this last weekend, the 26th day of the season, was especially “decisive”.

For an obvious start, there was the 2-1 Juventus win away to second-placed Napoli on Sunday night. That result leaves the Old Lady a staggering 16 points clear, with 12 games to play. Right from the get-go, Juve have been favourites to win an eighth consecutive title and, not surprisingly, it now looks as if they will have the title wrapped up by Easter.

On an important weekend, three other matches merited close attention – Lazio’s 3-0 drubbing of Roma in the Rome derby, AC Milan’s 1-0 win over Sassuolo and Inter Milan’s 2-1 away loss to Cagliari. Roma’s loss came right on the eve of their return leg Champions League second round game away to Porto, whilst AC Milan’s win saw them leapfrog Inter and move into third place, one point clear of their city cousins in fourth.

To start with the champions, Juventus. On paper, a defeat of their closest rivals, stretching their league lead to 16 points, sounds like a perfect preparation for next week’s home Champions League tie with Atletico Madrid, even if it starts on a 2-0 losing scoreline for Juve.

In reality, though, the current Juventus do not look like their sparkling best, early season selves. A 3-0 Italian Cup defeat last month by Atalanta had already prompted an alarm bell. That alarm level went to one of maximum alert following that 2-0 away defeat by Atletico two weeks ago.

In a 1-0 win over Bologna ten days ago and in Sunday night’s 2-1 win over Napoli, there were signs that the defeat by Atletico has generated a  previously unseen uncertainty in the Juventus camp. The task of coming back from 2-0 down to as tough and organised a team as Atletico   looks distinctively prohibitive.

On Sunday night, Juve’s path to success was opened up for them by a combination of fundamental error and bad luck on the part of Napoli, as much as by their own bravura.   Firstly, in the 27th minute Napoli’s right back Kevin Malcuit had the not too bright idea of laying on a slow pass back to his goalkeeper, Alex Meret, a pass that was all too easy for Cristiano Ronaldo no less to intercept.

As Meret rushed out from his goal to intercept Ronaldo, he appeared to catch the Portuguese champion with a wild-looking, studs showing tackle just outside the penalty box. Controversially, referee Gianluca Rocchi not only awarded Juventus the sacrosanct free kick, right on the edge of the area, but he also ruled the foul to be a red card offence, sending off Meret.

That double punishment became a triple one when Bosnian ace Miroslav Pjanic slotted home the subsequent free kick, benefitting from a Napoli defensive wall which failed to jump to block his shot. Until then, there had been little football and Napoli certainly did not deserve to find themsleves on 0-1 and a man down.

Arguably, the turning point in the match came in the next minute. From the restart, Napoli fashioned a great chance for Polish midfielder, Piotr Zielinski, whose pace saw him outflank the Juve defence in the chase for a long ball. The Pole, however, was unlucky with his shot, putting it beyond reach of Juventus goalkeeper, compatriot Wojciech Szczesny, but hitting the post.

Had Napoli scored an immediate equaliser, this would have been a different game. All the more so because when parity was restored to the sides early in the second half with the sending off of Pjanic, Napoli played Juventus off the pitch. In a torrid half hour of dominance, they picked up a dozen corner kicks, scored one goal and missed a penalty when Lorenzo Insigne’s spot kick hit the post. By the final whistle, the neutral observer could only conclude that Napoli had merited a draw, at the very least.

Such was the lacklustre second half performance from Juventus that it will require a miracle transformation to see them overturn the tables on Atletico next week. However, when they were beaten 3-0 at home in the first leg of that quarter final tie with Real Madrid last April, most people wrote them off entirely for the return at the Bernabeu. Yet, Real Madrid just scraped through that tie with a 98th minute penalty from Ronaldo for a last gasp 4-3 aggregate win.

Italy’s other Champions League survivor, AS Roma, had a disasterous preparation for their tie away to Porto when they were drubbed 3-0 in the always important city derby, a game Lazio had not won for two seasons. This defeat has inevitably prompted speculation about the future of Roma coach Eusebio Di Francesco.

He goes into Wednesday night’s tie against Porto on a hardly cast iron 2-1 lead. Furthermore there is the uneasy suspicion that only qualification for the quarter finals can keep him in his job. No pressure, Eusebio, old son.

Di Francesco, however, is a talented coach, someone who took this side further than it perhaps deserved when guiding them to the semi-finals and an eventual elimination by Liverpool last season. For that reason and despite the comprehensive nature of their 3-0 defeat in a derby where they simply failed to turn up, we still suspect that Roma might just win this one.

All eyes will once again be on Roma’s golden boy, Nicolo Zaniolo, hero of the first leg in which he scored both Roma goals when playing in a right sided attacking role.   Partnering him in attack tomorrow night may well be Bosnian Edin Dzeko and Italian international Stefan El Shaarawy.

Final thought. The AC Milan comeback continues apace under Rino Gattuso, as they make hay whilst their city rivals, Inter, continue to stutter with domestic problems. Star striker Mauro Icardi has woven a spider’s web of Brexit-sized uncertainty with his failure to resolve either his knee injury or his new contract. Many feel that this particular soap opera cannot go for much longer. Of course, that is what many of us said about Brexit.