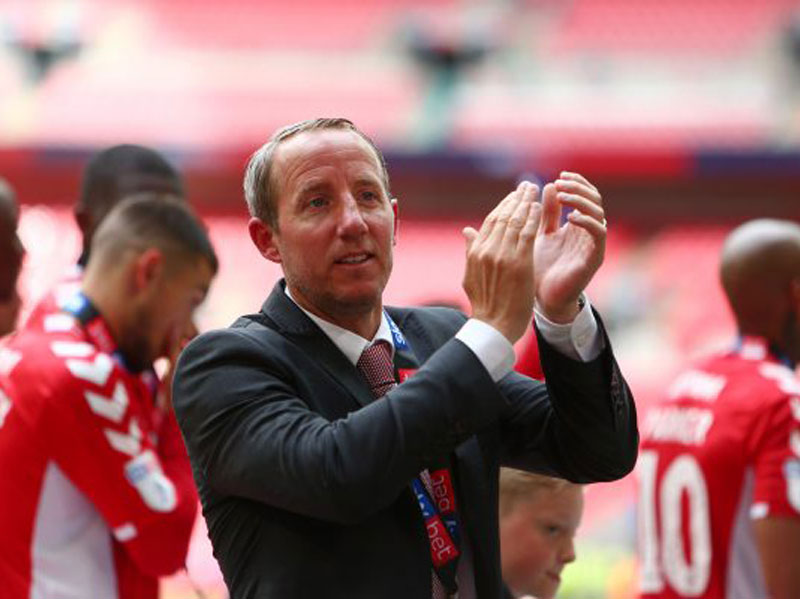 The joy of football is its constant capacity to surprise even in an era when money talks louder and more persistently than ever before. That Lee Bowyer has just guided Charlton Athletic, the club for which he played in attack – even in both senses of the word – is a remarkable achievement.

So unpopular are Charlton’s Belgian owners with fans, who have often demonstrated against them before matches at The Valley, that they cautiously stayed away from Wembley. They want no more of the demonstrations which erupted against them at home matches and are keen to sell the club which now looks like an excellent proposition.

Before the vital play-off Charlton were already for sale and they now of course form a much more tempting proposition. None of this is worrying Bowyer, now a very different proposition from the talented but ever explosive midfield attacker he used to be. There was no doubt of his skills but every doubt about his temperament. He collected no fewer than seven red cards plus a couple of appearances in court.

It was Harry Kewell, an old friend and team-mate, who persuaded him to join him at Watford to help coach the under-21s where he soon found he was helping them to improve. Thus began a coaching career on which he had never pondered.

As a coach he was no longer an explosive and controversial figure. He had returned to Charlton on a part-time basis, moved steadily up to become number two to the manager Karl Robinson, became stand-in manager when Robinson left and was then promoted to full manager. Where despite the fraction between fans and owners he has surpassed himself as the number one.

Victory against Sunderland at Wembley has been the cherry on the cake. “I just loved playing and training,” he says. “That was all.” But as a manager he has perhaps to his own initial surprise found pleasure and no little success.

It looks as if Tottenham’s Harry Kane will be fit enough after missing many weeks through ligament injury to take part in the European Final against Liverpool in Madrid. But to make him start is always a risk after a protracted absence and would mean leaving out either Son or Lucas Moura, both in splendid penetrative form. A wise compromise would surely be to start with Kane on the bench and perhaps to put him on as a substitute according to how the game is going.