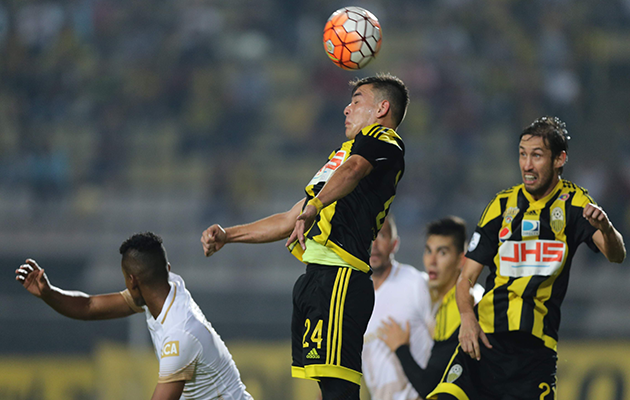 Bolivia came close to qualifying both of its clubs for the knock out phase of the Copa Libertadores. In the closing days of the group stage, all Bolivar and The Strongest had to do was take full advantage of the extreme altitude of La Paz, with all the complications it creates for unacclimatised opponents.

Bolivar needed a two goal win over Racing of Argentina. For The Strongest a simple victory against Brazil’s Sao Paulo would be enough – and, amazingly, they had already beaten the Brazilians away from home.

Both Bolivian sides took the lead. But they were both pegged back in a rare opposition attack. The games finished 1-1, and as a consequence there is no Bolivian presence in the last 16 of South America’s premier club competition. This Bolivian wipeout happened year after year – until the last few campaigns, where the Bolivians have done far better, Bolivar even reaching the semi finals in 2014. This time round, though, Bolivians will have to follow the rest of the competition on television.

They are not alone. Two other countries have also ended their participation. For the third consecutive year, and the fifth in the last six, Peru has suffered a wipeout. This time it was not even close. Cesar Vallejo fell in the qualifying round. Melgar lost all six group games. Sporting Cristal did better, and fought to the last, but still finished bottom of their group. With just one win, one draw and ten defeats in the group stage, this was the worst ever year for Peruvian clubs in the Libertadores.

It has also proved a terrible year for Chile. Universidad de Chile, the only club from the country to make an impression on the competition in recent times, crashed out in the qualifying round. Cobresal lost five of their six group games. And Colo Colo, needing a win at home to Independiente del Valle of Ecuador in the last game, were held 0-0 and failed to make the cut after scoring just 4 goals in 6 games.

At national team level Chile, of course, are the reigning continental champions. Their club football has also been praised – but the statistics make sorry reading. This is the second consecutive year, and the third in the last four, in which all the Chilean representatives have fallen by the end of the group phase.

Chile’s Libertadores nightmare, then, is happening at a time when the country probably has its best ever generation of players – clear evidence for the way in which the globalisation of the modern game has brought about a disconnect between club and national team football. Until relatively recently the latter was largely a reflection and representation of the former. But now all those Chilean stars have moved aborad. The experience they pick up in the world’s top leagues is of benefit to the national team – but the domestic game suffers from their absence.

Venezuela know all about this. Although the national team is currently in problems, going through a difficult transition phase, as far as the big picture goes, the ‘vinotinto’ (‘red wine,’ as the Venezuela team are known) has made extraordinary progress in the last two decades. In the 2014 World Cup qualifiers they beat Argentina, and for a while had realistic hopes of making it through to the competition for the first time.

On the back of the successes of the national team, and the interest this generated, Venezuela staged the Copa America in 20007, investing heavily in stadiums and also expanding the domestic first division. The problem soon became clear. Those very players who had kick-stated the boom were no longer around. As a result of their eye-catching progress, Venezuelan players had put themselves in the shop window, and an unprecedented number were sold abroad. This may have been in the best interests of the national team, but it was bad news for the domestic game, as the Copa Libertadores made clear. Caracas reached the quarter finals in 2009. After that, though, year after year, Venezuelan clubs suffered a group phase wipe out.

That has come to an end this year. Deportivo Tachira have made it through to the last 16, qualifying ahead of Olimpia of Paraguay, one of six former champions to have fallen. Tachira’s record is not over impressive – 3 wins and 3 defeats, with 6 goals scored and 11 conceded.They are unlikely to make further progress in the competition. But merely getting over the line is a morale boost. And the good news is that the club are showcasing a number of interesting young players – 21 year old goalkeeper Jose Contreras, who recently made his debut in the World Cup qualification campaign, 23 year old centre back Wilker Angel, and, most promising of all, neat left footed midfielder Carlos Cermeno, just 20.

Cermeno and company may not stay long in the Venezuelan league. But at least they have ensured that, for the next couple of weeks, their compatriots still have a direct interest in what goes on in the Copa Libertadores.