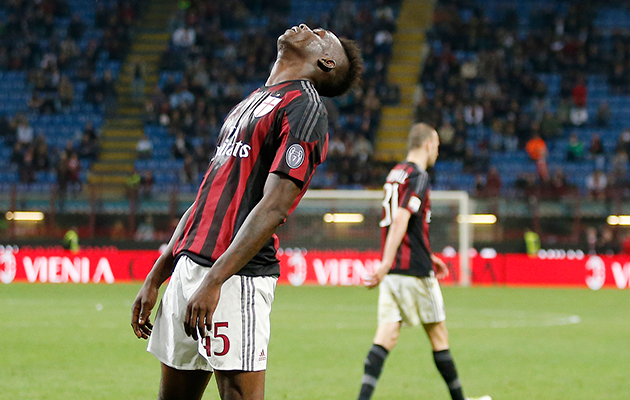 Juventus, Inter Milan and Milan – any fan interested in Italian football knows all too well that these three great clubs dominate “il campionato”. Between them, they have won 25 of the last 31 league titles.

Often two of the trio, it not all three, are battling it out for the scudetto. In the year 2003, not only were they dominant at home but all three made it to the semi-finals of the Champions League, in a year which eventually saw Milan beat Juventus in the final at Old Trafford. Back in the ’60s, the two Milan sides won the Champions Cup four times in seven years (twice each).

Looking at last weekend’s results, however, not to mention the current league table, it would seem that those days are far, far away. Milan struggled to an embarrassing 3-3 home draw against first time Serie A minnows, Carpi, managing to save the home point thanks only to an injury time penalty. Down in Rome, Inter did worse, deservedly beaten 2-0 by Lazio.

Both clubs are now definitively out of next season’s Champions League with Inter fourth and Milan seventh in the table, with just two games to play. Both clubs too seem to be unsure about their immediate future with both allegedly having attracted the interest of Chinese investors.

Chinese retail giant, Suning Commerce Group (SCG), which deals mainly in electrical appliances and telecommunications, may be interested in buying a 20% shareholding in Inter Milan for between €60-90 million euro.

Whilst Erick Thohir wants to strengthen his club whilst retaining his 70% majority shareholding, Mr. Berlusconi, for his part, seems stuck in a moment of Hamletian doubt as he considers selling off all the family silver. Media speculation in mid-April suggested that the Evergrande Real Estate Group, led by Jack Ma, one of China’s wealthiest tycoons, had offered €700 million euro for Milan.

For over a year now, Mr. Berlusconi appears to have been flirting with a Chinese consortium led by Bee Taechaubol in a deal which has waxed hot and cold. His moment of ontological crisis is understandable. Milan represents more than just wealthy self-indulgence to him. In many senses, it represents his most loved, personal success story in that he guided the club from financial ruin, 30 years ago, to the very top of world football.

At the same time, however, his family and senior figures in his Fininvest holding company argue that the club is haemorrhaging money. At the club’s AGM last week, it was revealed that Milan had returned an operating loss of €89.3 million in 2015. Next day, Milan daily, Gazzetta Dello Sport estimated that over a 30 year period, Fininvest had pumped €820 million euro into Milan. Which is precisely why family and advisors are urging Mr. Berlusconi to sell the club.

At that AGM last week, some private shareholders, who admittedly control only 0.04% of shares, argued that off-the-field adminsitrative uncertainty and confusion had had a heavily negative on-the-field impact. That point was echoed this weekend by former Milan great, Croat Zvonimir Boban, who said on Sky Italia that “total confusion” at the club has meant that Mr. Berlusconi has not been able “to protect his own achievements”. 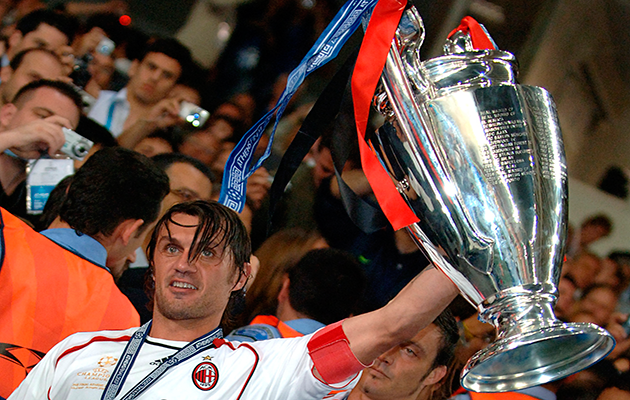 Boban argues that the club’s decision to sack Serb coach, Sinisa Mihajlovic, last month, replacing him with Cristian Brocchi, was a mistake, given that Brocchi has collected just five points in four games. For the future, Boban sees only one possible solution, namely to call on former club talisman, Paolo Maldini, saying:

“The fact that Maldini currently has no role at AC Milan is not absurd, it’s much worse…”

If things look negative at Milan, they do not look much better at Inter Milan. Having started the calendar year on top of Serie A, Inter have fallen so far since then (now 24 points behind Juventus) that disconsolate coach, Roberto Mancini, could only comment wryly after last night’s comprehensive loss to Lazio:

“New players? If you look at the way we played tonight, we need them in just about every position”.

So then, where do the Milanese teams go now? Will it be a case of a massive Chinese cash injection in the hope of a better, brighter future? Or will both ownerships hope to steer their own difficult courses through the current storms? One thing is for sure. As the Old Lady Juventus continues to rule the waves, Milanese fan patience may be running thin.

For that reason, if no other, the Italian Cup Final in Rome on May 21st, featuring Juventus v Milan, has become a game of more than academic interest.