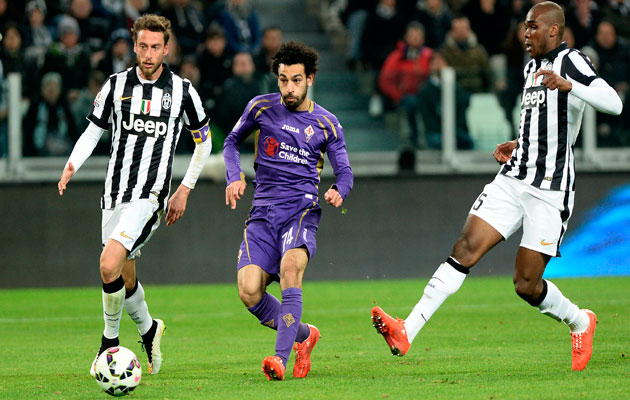 Does Homer nod? Has the Special One Mourinho made a mistake? Those questions ask themselves in the wake of yet another telling peformance from the ex-Chelsea player, Egyptian Mohamed Salah, who scored both Fiorentina’s goals in their 2-1 Italian Cup semi-final, first leg win away to league leaders Juventus in midweek.

In prompting Juve’s first home defeat in two years (the last came against Bayern Munich in a Champions League quarter final tie lost 0-2 in April 2013), Salah also scored one of the goals of the season.   Picking up a corner kick clearance on the edge of his area, Salah set off on a blistering “coast to coast”, counter attacking 70 yard  run which ended with a brilliantly struck finish that left Juve reserve goalkeeper, Marco Storari, with little chance.

In just seven games since joining Fiorentina as part of the deal which saw Colombian Juan Cuadrado move to Chelsea in January, Salah has now scored six goals. His current strike rate of a goal every 72 minutes represents a dream start in Italy, much better than stars like Swede Zlatan Ibrahimovic, Ukraine ace Andry Shevchenko, Argentine Diego Milito and Brazilian Ronaldo, to name but four.

Not only does Salah currently look like the sharpest striker in Serie A but his goals have also been of the “heavy” variety, respectively against Inter in Serie A, against Juventus in the Italian Cup and against Spurs in the Europa League. In the space of less than a month, his goals have put Fiorentina into the last 16 of the Europa League, put them back into the hunt for a Champions League place and given them a terrific opportunity to make their second consecutive Italian Cup final.

Not much wonder then that Fiorentina are now seriously thinking of holding onto a player who is currently “on loan” in Florence. With the payment of 1 million euros in June, Fiorentina can extend their loan deal with Chelsea for another 12 months. Come the summer of 2016, Fiorentina have to pay Chelsea 16-18 million euros to buy the player or send him back to Stamford Bridge.

In the meantime, the Cuadrado-Salah deal means that the Premier League club continues to pay Salah’s salary, a handy post-tax 1 million euros from January to the end of this season. You would have to think that Fiorentina got the better of this deal, no?

2) Sky TV on the warpath over Parma collapse
The ongoing saga of “almost liquidated” Parma this week prompted a remarkable attack on the Italian Football Federation from Sky Italia TV no less. Even though Parma managed to get back on the pitch yesterday, drawing 0-0 at home to Atalanta, the club’s future still remains uncertain. There is no definite guarantee that it will be possible to enact a 5 million euro rescue plan, agreed by all the Serie A clubs at a bad tempered Assemblea meeting on Friday of last week.

Sky, of course, are entitled to express their concerns about the regularity of this year’s Serie A championship since they currently shell out more than 650 million euros per annum for the, by no means exclusive, TV rights to “Il Campionato”. Sky’s executive vice-director Jacques Raynaud last week berated the Serie A Lega, and by implication the entire Federation, for having failed to administer a problem (Parma’s impending insolvency) that was clear to many within the football industry. In a letter to all the Serie A Lega club owners and Presidents, Mr. Raynaud writes:

“[Sky is amazed] that the situation has got to this point without any intervention on your part to prevent the problems. Sky would like to know what the Serie A Lega now intends to do to effectively confront this crisis and to ensure that, at the very least, all the remaining games on the fixture list will be played.”

The Sky executive goes on to say that the company is “increasingly worried” by the current situation “relative to Parma”, adding that the “correctness” of the league championship has already been seriously jeopardised by the fact that Parma has failed to honour its commitments by not playing its last two fixtures (prior to yesterday) at home to Udinese and away to Genoa. On top of that, Sky points out that it has already paid out the fifth installment on its contract for this season, expressing the hope that the Lega use this most recent payment to solve the Parma crisis.

In other words, we have kept our side of the bargain, now what about you? Or, put another way, what are you guys actually doing with the money? 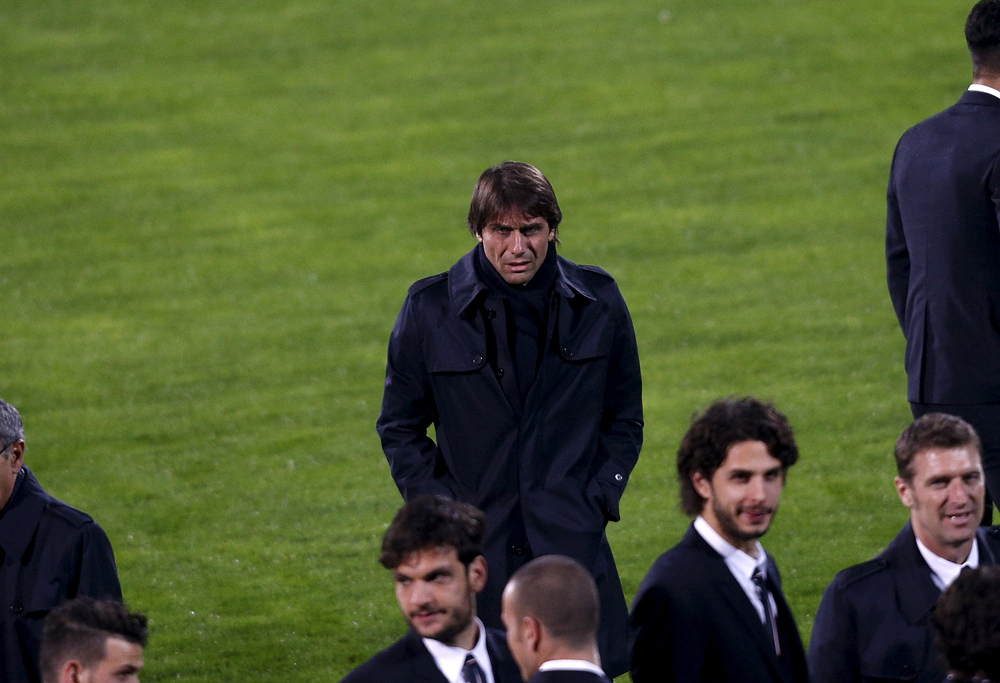 Italian national team coach, Antonio Conte, last week admitted for the first time that Premier League giants Manchester United last year tried to hire him as their manager. Conte, who surprised many by leaving Juventus at the end of last season after having won three consecutive Serie A titles with the “Old Lady”, told TV presenter Piero Chiambretti: “There was a very strong Premiership club that came looking for me. In the end, however, they settled for a guy who previously had coached a national team.”

Given that Louis Van Gaal, the man who coached Holland to a splendid third place finish at last summer’s World Cup finals in Brazil, then went on to take over as manager at Old Trafford, it would seem fairly obvious that Manchester United were the club “looking” for Conte.

Asked if he would name controversial Liverpool striker, Mario Balotelli, in his squad for the European Championships in France in 2016, Conte hesitated, saying: “I will have to work on a lot of players’ heads, not just on Mario. Sometimes, I have to whisper to them and sometimes I shout at them.”
Surely not at Mario?