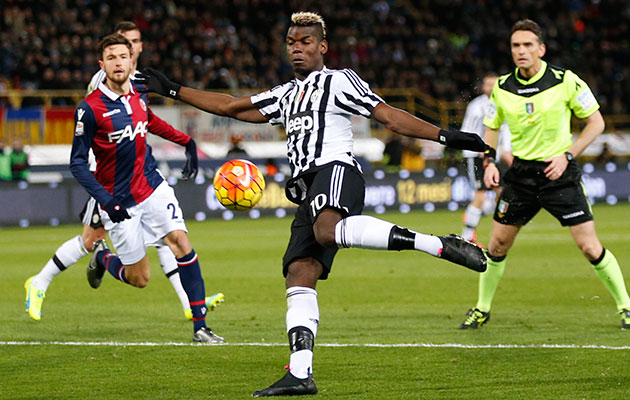 For Italy’s two leading clubs, Juventus and Napoli, this could well be a crucial week, at home and abroad. Tomorrow night (Monday), Napoli entertain Milan at the San Paulo in Naples for a league game which, almost magically, offers them a chance to climb back top of the Serie A table just one week after a late 1-0 defeat by Juventus knocked them off the top.

This opportunity comes about because the “Old Lady’s” 15 match winning run came to an unexpected halt with a Friday night 0-0 draw away to Roberto Donadoni’s surprising Bologna. This latest Donadoni giant-stopping act will have won him a lot of sympathy in Naples.

As Napoli owner, Aurelio De Laurentis, put it, sooner or later, Juventus just had to drop a point. Coming at the end of a week when Napoli lost two vital games 1-0 to late goals, first against the “Old Lady” last weekend and then away to Villareal in a midweek Europa League tie, this unusual fly in the Juventus ointment could prove itself a timely boost for Napoli.

As is his wont, Napoli coach Maurizio Sarri has been trying to downplay the situation, all too aware that, nothwithstanding the defeat by Juventus last week, the Napoli fans are still in a state of high expectation. An indication of that came from the fact that a couple of thousand fans turned up at Naples’ Capodichino airport in the early hours of last Sunday morning to welcome the side home from Turin, even after that loss. 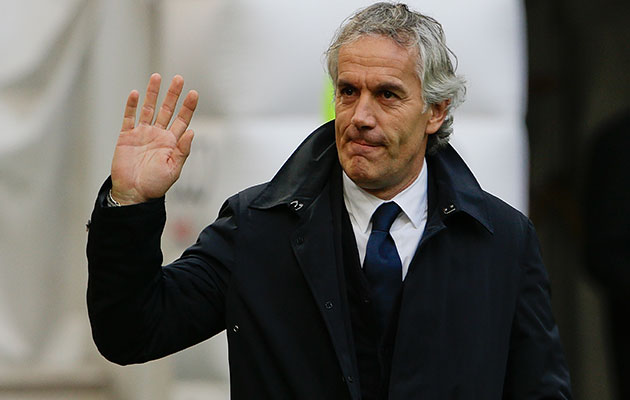 Roberto Donadoni enhanced his coaching credntials by securing a battle draw against Juventus.

Coming on the eve of Tuesday’s Champions League, second round first leg tie in Turin against German champions, Bayern Munich, the Juventus draw with Bologna could hardly have been worse timed. However, it would not be the first time that Juventus appeared distracted by an impending European “big match”, so it would probably be mistaken to read too much into the result other than to conclude what a good job Donadoni has down at Bologna since taking over from Delio Rossi in late October. For the record, in 16 matches he has picked up 29 points, lifting Bologna from the relegation zone to a comfortable mid-table 10th position.

Juventus are likely to be without experienced defender Giorgio Chiellini and without Croat striker Mario Mandzukic, both still recovering from injury. In their absence, coach Massimiliano Allegri may well field a 4-4-2 line up which sees Andrea Barzagli and Leonardo Bonucci in central defence with Switzerland’s Stephan Lichtsteiner and Frenchman Patrice Evra at full back. Colombian Juan Cuadrado and Frenchman Paul Pogba should take the midfield flanks with German Sami Khedira and Claudio Marchisio in central midfield whilst Spaniard Alvaro Morata will be partnered by in form Argentine Paulo Dybala in attack.

After a week when Roma lost 2-0 to Real Madrid in the Champions League and when the Europa League saw Napoli lose 1-0 to Villareal as Fiorentina and Lazio both drew against Tottenham and Galatasaray respectively, Italian football could do with a good European result. In many senses, a lot of Italian hopes, ranking and otherwise, will be riding on the Old Lady when she lines up against Bayern.

A lot of owner pressure, too, will be riding on Monday night’s Napoli v Milan game. Given that Milan have won three of their last four games, the club are back again on the edge of the Champions League qualification zone, in sixth place. If Milan were to win against Napoli, they would close the gap with third placed Fiorentina (3-2 winners against Atalanta on Sunday) to just two points again. 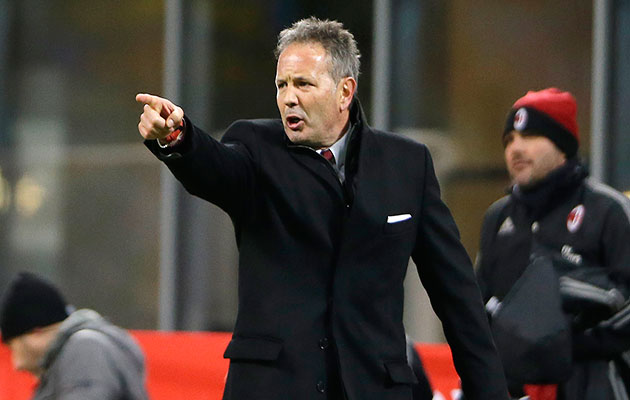 Silvio Berlusconi says Sinisa Mihajlovic’s position is safe…provided he wins every game until the end of the season.

Lest Milan coach, Serb Sinisa Mihajlovic, was ever tempted to feel that he was not under pressure, Milan owner, tycoon Silvio Berlusconi, opted to remind him when he travelled out to the Milanello training centre over the weekend. To really convince me, said Mr. Berlusconi, all Mihajlovic has to do is win every game between now and the end of the season.

Speaking of the club’s largely unused star, Mario Balotelli, Mr. Berlusconi said that it had been Mihajlovic who had wanted the player, adding that the Serb coach had promised him that if Balottelli “pulled any numbers”, he would personally “box his ears”. Fortunately, added Mr. Berlusconi, thus far Balotelli “has behaved well”.

Speaking of his club’s future, Mr. Berlusconi suggested that the on-off deal with Thai broker, Bee Taechaubol, reportedly ready last autumn to splash out €480 million euros for a 48% holding in Milan on behalf of an “Asian” consortium, is still a runner. This deal, said Mr. Berlusconi, could still generate up to €100 million euro for the club, adding, however, that the slowing down of the Chinese economy had compromised the purchase deal.

On the Serie A front, it could be that Napoli, buoyed by another 50,000 strong crowd at the San Paulo, could “compromise” Milan’s pretensions to a Champions League place for next season. When the two sides met at the San Siro last October, Napoli gave one of the first indications of just how strong they might become this season when beating Milan 4-0. The Napoli fans will hope for more of the same on Monday night.