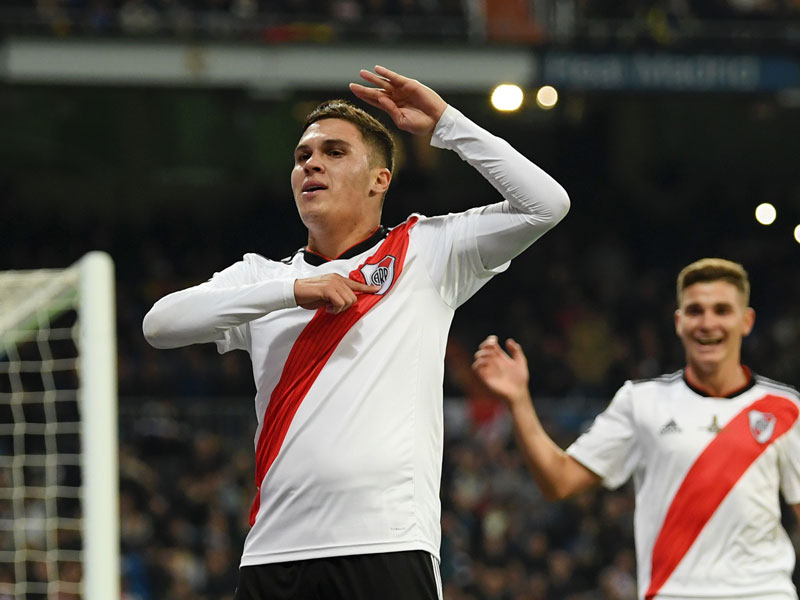 From a political point of view, the choice of Madrid to stage the final of the Copa Libertadores was extremely insensitive. The competition, after all, is named after those who fought in the early nineteenth century to free the region from Spanish domination.

But from a purely footballing point of view, as a stage for Sunday’s big match, the Santiago Bernabeu stadium had something to recommend it. The Libertadores came to life in 1960 as South America’s response to the success of the European Cup, as the Champions League was then known. And that success was mostly down to the magic supplied by Real Madrid, spearheaded by Alfredo Di Stefano, one of the candidates for the title of the world’s greatest ever player.

And Di Stefano, of course, was from Argentina. He made his name as a player with River Plate. The first club he coached in Argentina was Boca Juniors – and so maybe there was something fitting about the two old rivals meeting in the stadium where Di Stefano reigned.

Between launching his career in Argentina and moving to Spain to change the course of European history, Di Stefano spent some time playing for Millonarios in Colombia. He was a key figure in the glamorous early years of the Colombian championship, and helped leave a legacy in the country, planting a taste for well played, imaginative and artistic passing football.

Few illustrate that tradition as well as the decisive player in Sunday’s game, Colombian playmaker Juan Fernando Quintero. The stocky left footer can come across as a player who has just stepped out from an old black and white football annual. With his foot on the ball, head up stance, and the joy he takes in passing – rather than forcing- his way through the opposing defence, Quintero seems like a creature from a bygone age. And before this year his own career appeared to belong to a bygone age.

He had lost his way in Europe and spent some time back in Colombia before joining River Plate on loan at the start of 2018. It always looked like being the right choice of club. River gave Quintero the platform to get back into the Colombia squad – he did not play a competitive game for his country between the 2014 and 2018 World Cups, but was one of the surprise stars in Russia. And his introduction early in the second half changed the course of the biggest Boca-River clash in history. Finding imaginative angles for his passing, he probed the Boca defence, wore it down and pecked holes in it. And then delivered the killer blow, curling home from the edge of the area in extra time to put River ahead for the first time in the course of the two legged final.

A wonderful Colombian goal, for a big Argentine club, scored in the Santiago Bernabeu stadium – it was a moment that ticked all the boxes of the Alfredo Di Stefano legacy.