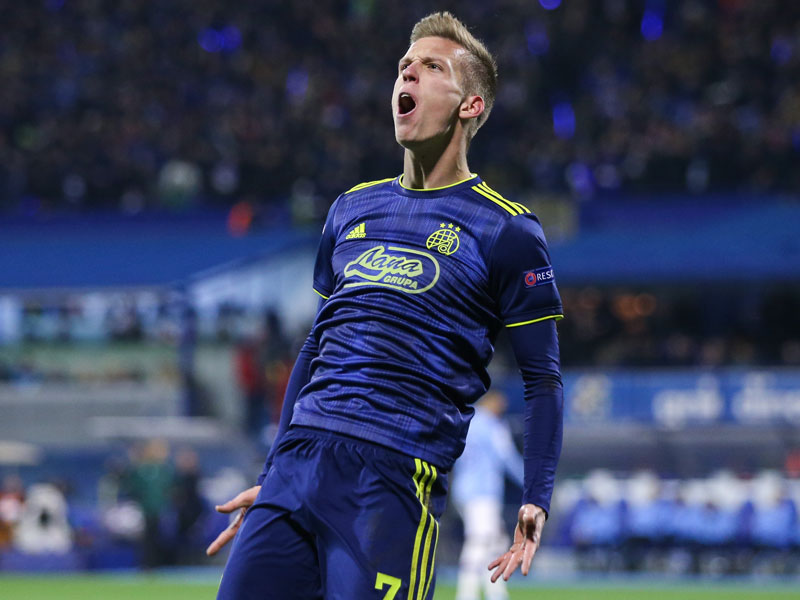 So often viciously disparaged on German terraces for being more commercial enterprise than football club, RB Leipzig are not remotely as toxic to new playing recruits.’Plastic club’ or not, RB remain a most attractive address for rising stars, their heads turned by the Saxon outfit’s lofty ambitions, great facilities and promise of regular first-team action.

More and more up-and-coming youngsters have read the RB memo, the latest being highly-gifted Spanish international winger or attacking midfielder attacker Dani Olmo, who was recently lured away from Dinamo Zagreb in a deal which could be worth as much as 45 million euros including add-ons.

It was far from a forgone conclusion that the 21-year-old Olmo sign for the ‘Roten Bullen’. Over the last few months, a phalanx of top clubs – among them Manchester City, Manchester United, Atletico Madrid, Roma, Milan and Barcelona – were reported to be lurking with intent. All ready to pounce at any given moment

Nor were RB not the only Bundesliga club showing interest. Dortmund were looking on admiringly; Leverkusen had a 25 million euro bid rejected by Dinamo last summer; while a sneaky Bayern Munich were reportedly trying to steal a march on RB at the eleventh-hour.

Olmo certainly would have been tempted by thoughts of the Camp Nou, where he had unfinished business. Once a schoolboy and junior at  Barca’s famous La Masia academy, he spent six years learning his chops there, only to be surprisingly pushed towards the exit at the age of 16, part of the 2015 swap deal which saw  Dinamo Zagreb teen playmaker Alen Halilovic move to Catalonia.

This transfer has the potential to be hugely beneficial for both parties. In the face of much competition, RB have secured the services of one of the best young attackers in Europe, someone who can turn on the style in any forward position, out wide, as a number ten or as a second striker. “In the final-third, Dani has an unpredictable quality,” says RB director of sport Markus Krosche. “He can make a big difference.”

The deal also should boost Olmo’s aspirations, granted a larger shop window to promote his candidacy for a place in Spain’s Euro 2020 squad. After starring in Spain’s triumph at last year’s European Under-21 championships and scoring on his full debut for La Roja against Malta last autumn, he already is in a strong position. Now for that all-important final push.

“I want to take the next step in my career and I’m sure that Leipzig is the best place for me,” he declared on his unveiling at RB. “With good performances here, I hope to recommend myself for a European Championship spot. The Bundesliga is a big challenge for me, a league where I can improve.”

1. Over to you Odriozola.

Beset by injury worries in defence, Bayern Munich have concluded a six-month loan deal for Real Madrid’s Spanish international right-back Alvaro Odriozola. The 24-year-old, who joined Real from hometown club Real Sociedad in 2018, has only made a handful of appearances for the Galacticos this term. But is a cultured and pacy player nonetheless and should prove a decent short-term addition to the Allianz-Arena ranks. The arrival of the Basque youngster should result in less right-back playing time for the Frenchman Benjamin Pavard, who prefers to feature in central defence.

On the Bundesliga starting grid back in August, Werder Bremen sporting director Frank Baumann was confidently talking of finishing in the top-six. So much for those heady day. Saturday’s 3-0 home loss to Hoffenheim was Werder’s seventh defeat in their last nine and now the Green-and-Whites are in panic mode, third from bottom in the standings and leaking ever increasing amounts of belief and resolve. What the northerners urgently need to correct is their abysmal home form; they have lost six of nine outings at the Weserstadion.