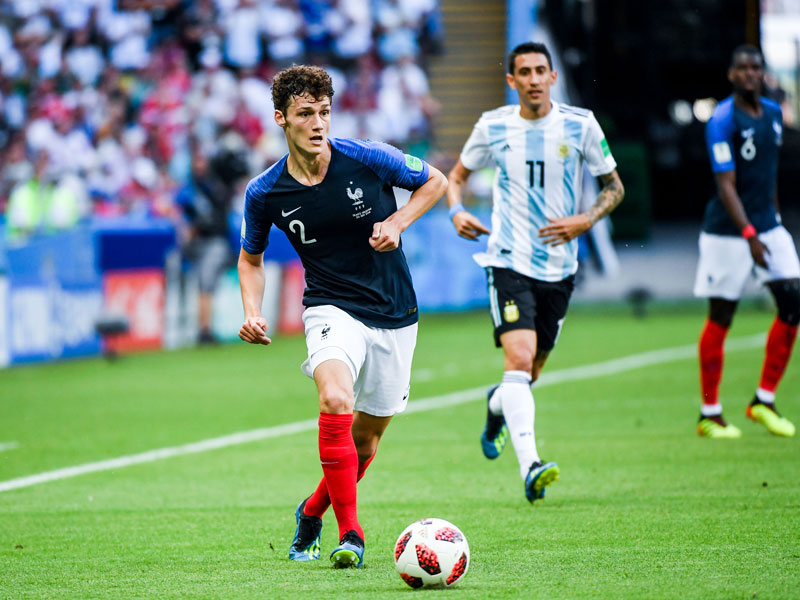 Welcome to our page dedicated to Stuttgart and France defender Benjamin Pavard.

Pavard made his debut for France against Wales in 2017 and looked good in the World Cup friendlies. As a result he was included in the 23-man squad largely due to his versatility. For Stuttgart he has been playing centre back, but for France against Australia and Peru, he played at right back.

He also payed there against Argentina where he scored an unbelievable goal to bring the score to 2-2. They went on to win 4-3, beat Uruguay 2-0 and then play Belgium in the semi-finals.

3 things you didn’t know about Pavard

Stuttgart boss Hannes Wolf: “When he arrived here he didn’t have a lot of professional experience but he has gone on to make sensational progress. He has a lot of technical potential, is very decisive in his interventions and has an excellent attitude.”

France coach Didier Deschamps: “He’s been very consistent at club level and for our under-21s. Picking him was a logical step. Fundamentally he’s a central defender, though he can play in other positions.” Julien Delebois, who was head of youth development at his first club, US Jeumont: “Even back then he was a class act. He had an elegant style of play, he had the air of a Laurent Blanc. He was a little taller than the other kids and everybody thought he was much older than he really was. Another thing which struck me about him was his selflessness on the pitch.”

The story so far

Born in the northern French town of Maubeuge, he played for Jeumont’s junior side – where his father was a coach – before joining top regional club Lille three years later. After successfully switching from a defensive midfield role to centre-back in his late teens, he made his senior Lille bow in 2015 at Nantes. Over the next 18 months he made 25 competitive appearances for Les Dogues before somewhat controversially being allowed to leave in 2016, allegedly after falling out with coach Frederic Antonetti. Following a €6million move to Stuttgart he was a 2.Bundesliga champion and continues to shine in the top flight this term. After 15 games for the French under-21s, he earned his first full cap in November.

Although under contract until 2020, Stuttgart may find it hard to ignore the interest of German big guns Bayern Munich, Borussia Dortmund and RB Leipzig, as well as Serie A side Roma – whose renowned recruitment chief Monchi is said to be an admirer.

A fine reader of the game, he is stylish and confident when bringing the ball out from the back. Possesses excellent powers of recovery and is a combative, crisp tackler.

From time to time he can lose focus and fall prey to nonchalance.