Australia have been eliminated from the 2018 World Cup.

Peru gave their ecstatic travelling fans something to remember after winning their first World Cup game since 1978, ending a run of eight defeats.

A brilliant volley from Andre Carillo sent Peru on their way, while captain Paolo Guerrero doubled their lead early in the second half.

Australia enjoyed possession and pressure but struggled to create clear-cut chances, with Anderson Santamaria denying Mathew Leckie a close-range equaliser in the first half.

The arrival of veteran Tim Cahill and promising youngster Daniel Arzani in the second half failed to improve matters and Christian Cueva went close to extend Peru’s lead when he hit a post late on.

An estimated 40,000 Peruvian fans travelled to Russia and most were inside the stadium in Sochi to celebrate their already-eliminated side record a win that guaranteed third place in the group above bottom-placed Australia.

Denmark and Australia shared the points in Samara after Mile Jedinak’s controversial penalty cancelled out Christian Eriksen’s early strike for the Danes.

Denmark took the lead with a brilliantly worked team goal but they failed to build on their early advantage and Australia were given the opportunity to equalise following a fortuitous VAR decision.

The equaliser emboldened Australia in the second half but they could not find the winner that their endeavour deserved.

GOAL! A clever reverse ball from Jorgensen in the 18-yard box finds Eriksen steaming in who meets the ball on the rise with his left foot and cannons it into the net pic.twitter.com/B59dPuOm9t

GOAL! After a VAR review for a Poulsen handball is given, Jedinak cooly slots home the penalty to get Australia back on level terms pic.twitter.com/toWvQdWgJD

Spanish referee Antonio Mateu waived away Australian appeals for a penalty after the ball struck Yussuf Poulsen’s arm at a corner. But VAR suggested he review the decision and a penalty was awarded. It was a harsh decision for Denmark – the leaping Poulsen was only inches away from Matthew Leckie’s header – but Australia felt it compensated for the controversial VAR-awarded penalty that France had been awarded in their opening game.

France, despite their attacking talents, gave a lackustre performance in their opening game. They lacked energy and did just enough to edge past an Australia side who withstood an early flurry of French attacks to settle well in the game. France claimed their victory with the help of video technology: their opening goal was the first to be awarded by the VAR, their second needed goalline technology to confirm the ball had crossed the line. 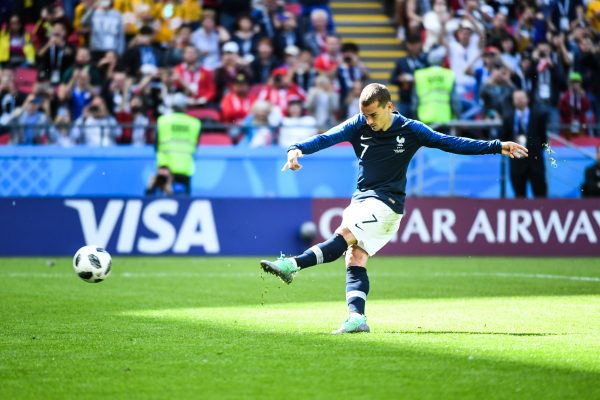 France’s opening goal was the first to be awarded in the World Cup following consultation with the video referee (VAR). It was a contentious decision, with Australia claiming that Josh Risdon made contact with the ball before he fouled Antoine Griezmann. But referee Andres Cunha, alerted by the VAR, consulted with the pitchside monitor and awarded the penalty.

Australia’s torturous path through qualification for the 2018 World Cup encompassed 22 games (the most of any nation in history), 11 different opponents and 250,000 kilometres of travel. They only lost twice, but too many draws meant they missed automatic qualification on goal difference to Saudi Arabia. Four tight play-off games followed, before a fourth consecutive World Cup qualification was secured with a 3-1 home win over Honduras in front of nearly 80,000 in Sydney.

Mar 2017
Ange Postecoglou introduces a new back-three system which is unconvincing in a 1-1 draw in Tehran against Iraq.
Sep 2017
Australia rack up 44 shots on goal against Thailand, but can only win 2-1. The same night, Saudi Arabia beat Japan 1-0 to consign Australia to the play-offs.
Oct 2017
A report appears in Melbourne’s Herald Sun claiming Postecoglou will quit after the play-offs, whether the team qualifies or not. Postecoglou refuses to confirm or deny the story.
Nov 2017
Australia beat Honduras 3-0 on aggregate to book their place in Russia, but Postecoglou quits his post a week later.

Australia are in Group C alongside Antoine Griezmann and France, Peru and Denmark.

On the 23rd of March Australia travelled to Norway to lose 4-1, then drew to Colombia four days later. A 4-0 victory against the Czech Republic followed and their final game was against Hungary which they won 2-1.

The Socceroos start their World Cup against France on the 16th of June, and then Christian Eriksen’s Denmark on the 21st and Peru on the 26th.

Bert van Marwijk, age 65, (19.05.1952)
Ange Postecoglou quit in November despite leading the team to Asian Cup success in 2015 and the World Cup Finals. “This has been a very tough decision for me,” he said of his decision to stand down. “All this has taken a toll on me both personally and professionally. I have invested all I can knowing how important a period it was for Australian football.” Postecoglou, who won four national league titles as a coach and two as a player, is expected to return to club football. Former Netherlands coach Bert van Marwijk has been announced as the new head coach. The Dutchman offers experience to the role, his crowning achievement getting the Netherlands to the World Cup Final in 2010. 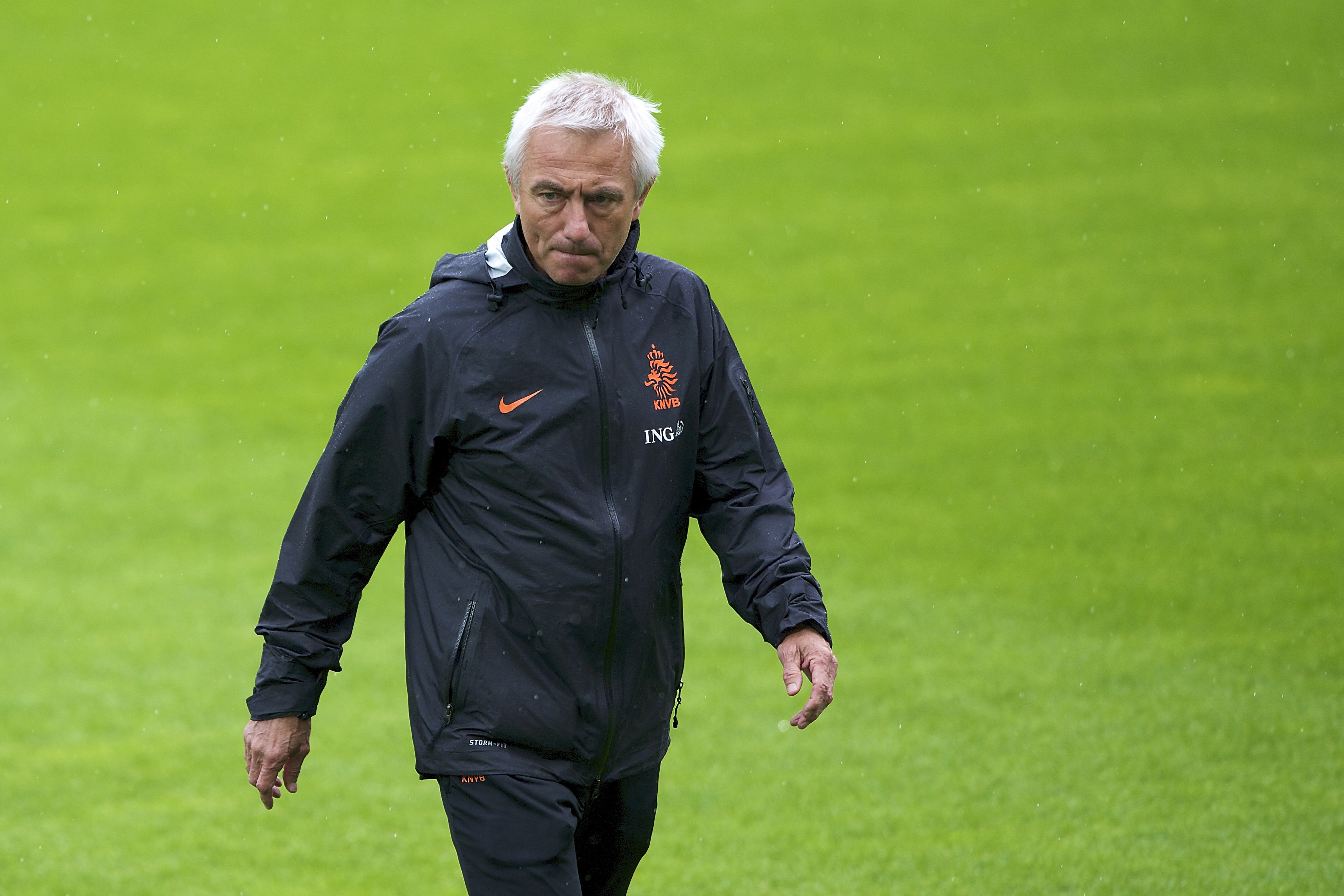 Saudi: Van Marwijk had been coaching Saudi Arabia from 2015 to 2017 (Getty Images)

The Players
Stars
Aaron Mooy is regarded as the best of the new generation. However, he had a big fallout with Postecoglou after being left on the bench for the second leg of the Syria tie.
Stalwarts
Mile Jedinak again proved his worth upon his return from a long injury lay-off against Honduras, hitting a hat-trick in the second leg.
Missing
Tim Cahill, now 38, put a question mark against his participation in a fourth consecutive World Cup by claiming he needs “more game time” with Melbourne City if he is to make Russia. Even at 38, he is still a vital cog.
Debuts
Matt Jurman made his senior bow on the left side of the back three in the away leg of the AFC play-off against Syria and looked very much at home. 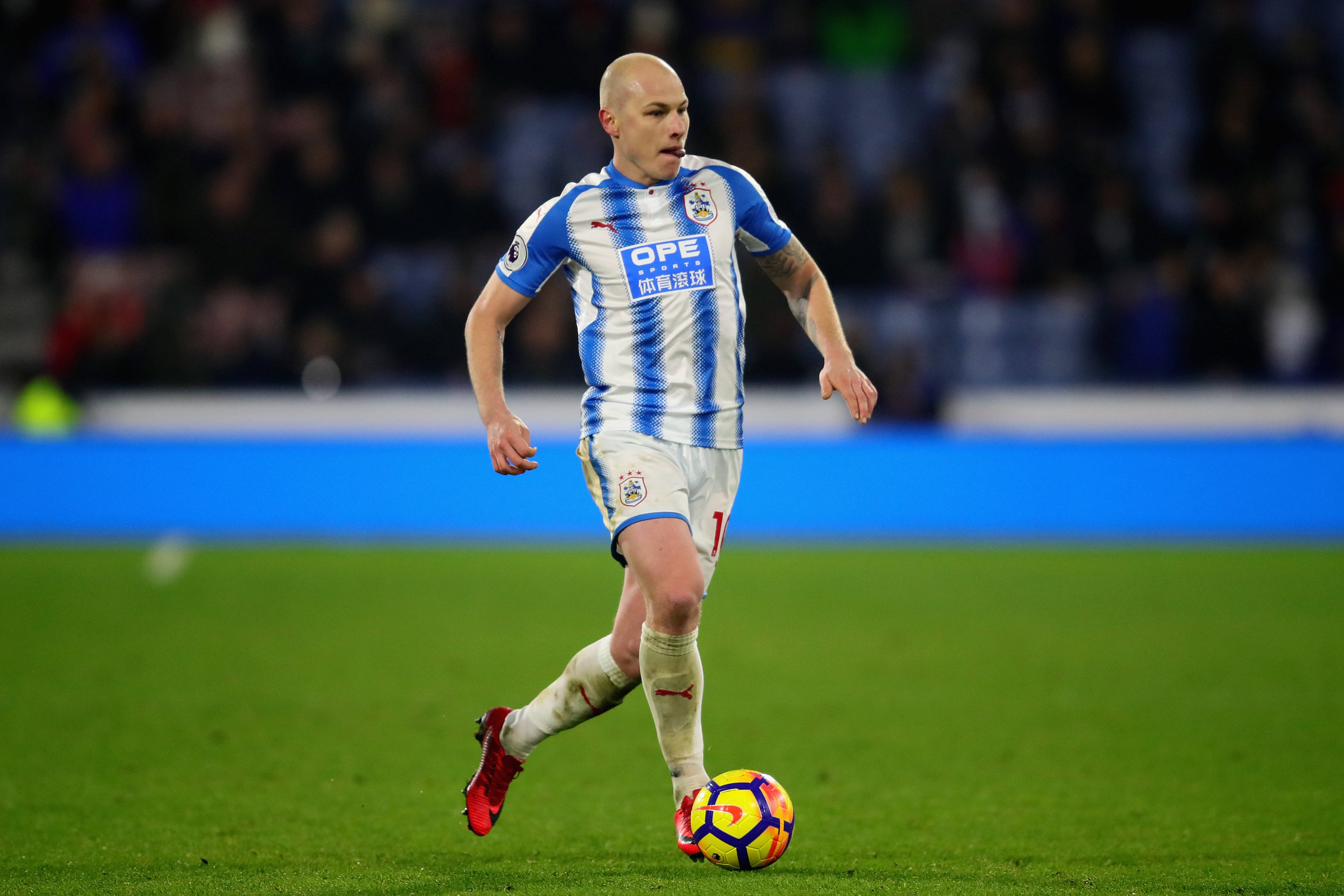 Generation: Mooy is regarded as the best of the new generation (Getty Images)

Who will score the goals?
Australia create a lot of chances but don’t convert enough. Tomi Juric has done a reasonable job, while Jamie Maclaren could be a contender. 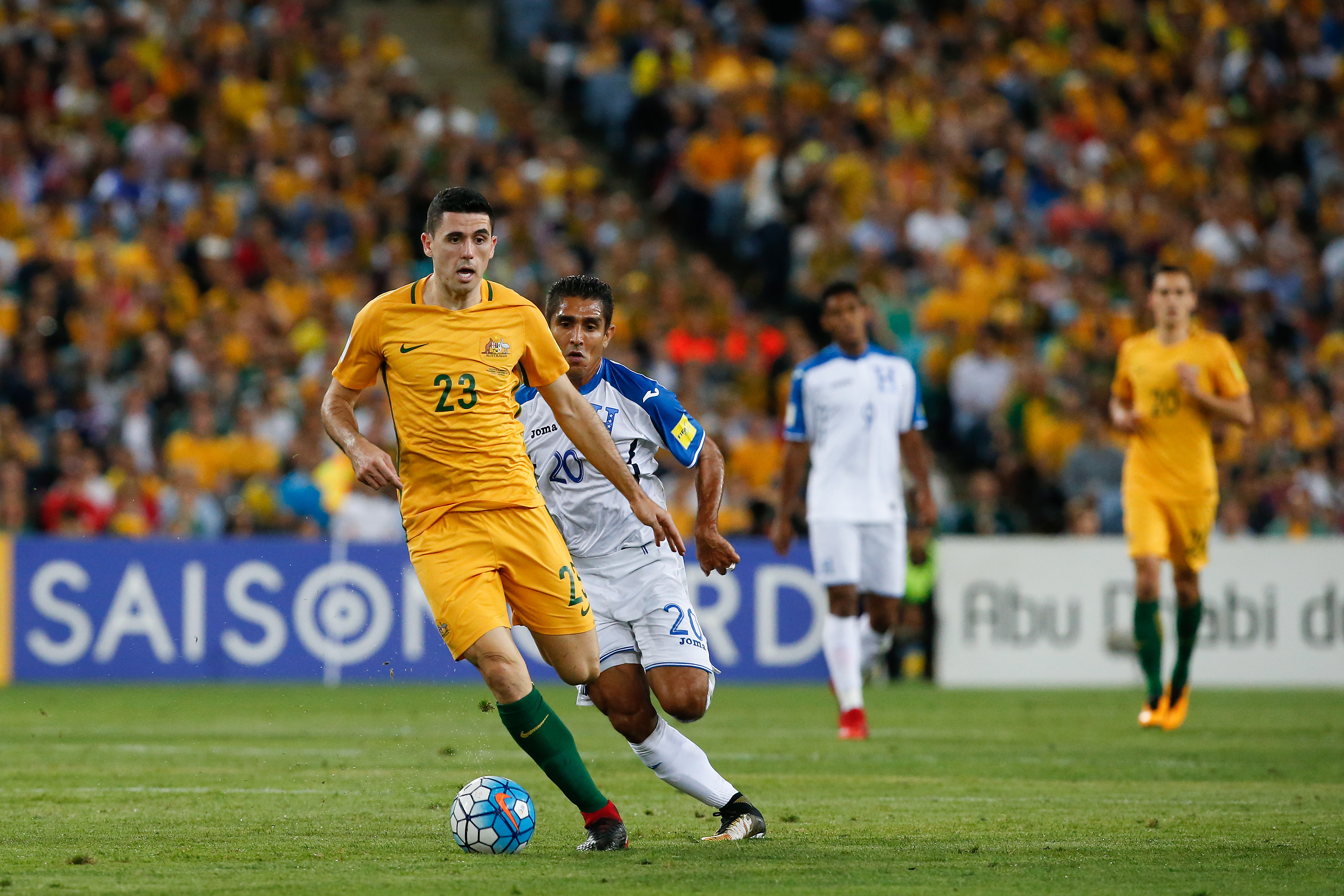 Inconsistent: Rogic is a good player, but has to prove himself at international level (Getty Images)

Will the back three be discarded?
The new system leaked goals initially, although the return of Mile Jedinak helped provide more security. It’s a risky tactic against the top teams in the world, although strangely it worked best in the Confederations Cup against the South American champions, Chile.

Will Tom Rogic be able to justify his reputation in Russia?
Alongside Aaron Mooy, Rogic is Australia’s most gifted performer, but he has been inconsistent for his country.