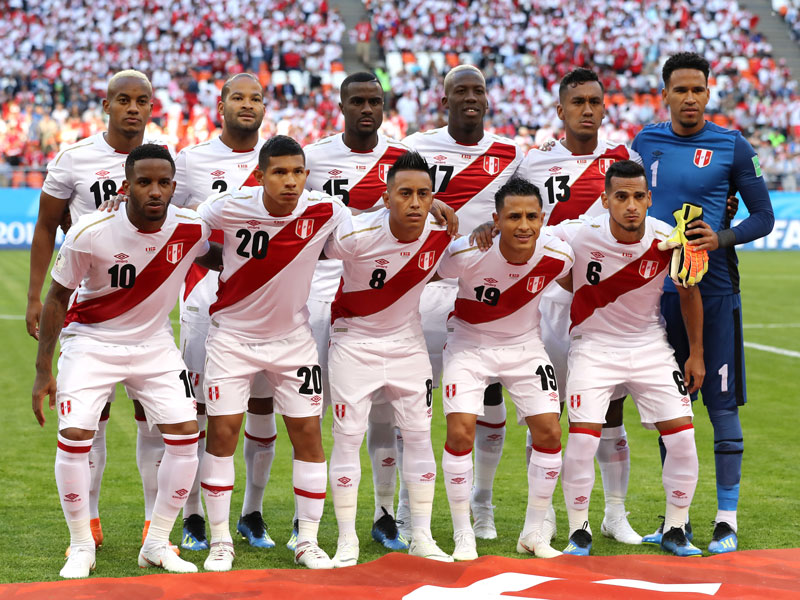 Peru have been eliminated from the 2018 World Cup.

Peru gave their ecstatic travelling fans something to remember after winning their first World Cup game since 1978, ending a run of eight defeats.

A brilliant volley from Andre Carillo sent Peru on their way, while captain Paolo Guerrero doubled their lead early in the second half.

Australia enjoyed possession and pressure but struggled to create clear-cut chances, with Anderson Santamaria denying Mathew Leckie a close-range equaliser in the first half.

The arrival of veteran Tim Cahill and promising youngster Daniel Arzani in the second half failed to improve matters and Christian Cueva went close to extend Peru’s lead when he hit a post late on.

An estimated 40,000 Peruvian fans travelled to Russia and most were inside the stadium in Sochi to celebrate their already-eliminated side record a win that guaranteed third place in the group above bottom-placed Australia.

France did just enough to knock Peru out of the tournament and reach the knockout stage themselves. They were far from convincing for much of the game while Peru, backed by noisy fans who packed the stadium in Yekaterinburg, deserved more for their positive approach.

Peru’s best chance of the first half fell to the unmarked Paolo Guerrero, who had started in place of Jefferson Farfan, but he shot straight at Hugo Lloris. Within a minute, Kylian Mpabbe had scored his World Cup goal, latching on to an effort from Olivier Giroud, who  been brought in by France coach Didier Dechamps to bring a more of focal point to the French attack, with the ineffective Antoine Griezmann dropping deeper.

Farfan’s introduction at half-time added to Peru’s attacking options and for much of the remainder of the game they pushed a subdued France back into their own half. But the South Americns lacked a cutting edge to keep themselves in the tournament.

GOAL! Pogba slides in Giroud whose shot deflects over the goalkeeper and Mbappe is on hand to tap in becoming France's youngest ever goalscorer at a World Cup in the process pic.twitter.com/TGx7b2XZpC

VAR was used to correct a case of mistaken identity when Peru’s Edison Flores was initially shown a yellow card before referee Mohammed Mohammed changed his decision and booked Pedro Aquino instead.

Peru impressed in their first game back in the World Cup for 36 years. But a penalty miss by Cristian Cueva on the eve of half-time allowed Denmark to grind out a result in the second half, thanks to a clever counter-attack led by Christian Eriksen. Denmark’s defence, well marshalled by keeper Kasper Schmeichel, resisted a late wave of Peruvian attacks as Jefferson Farfan, the lively Andre Carillo and substitute Paolo Guerrero all went close. 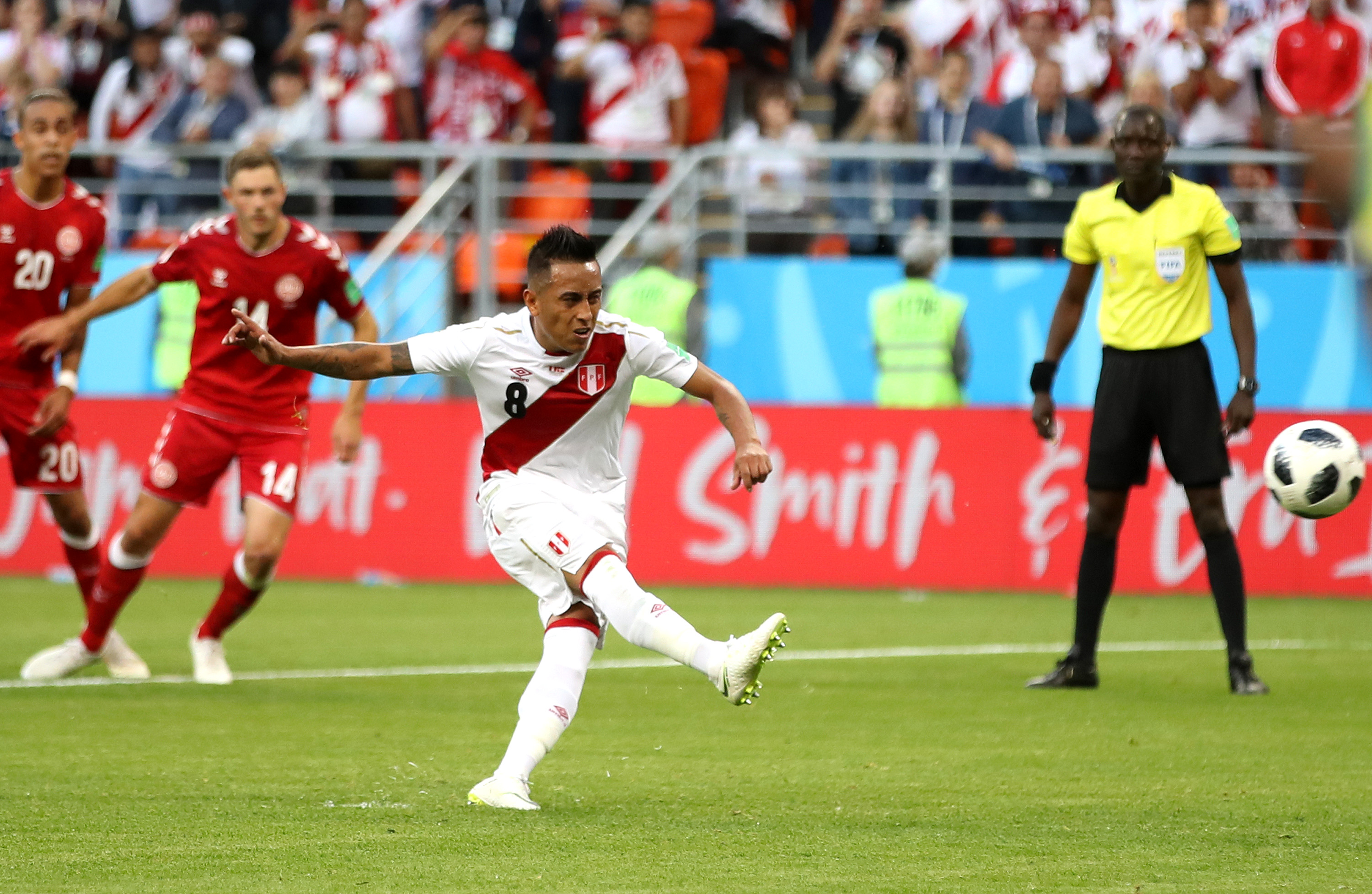 A reported 40,000 Peru fans travelled to Russia to support their team in their first World Cup appearance in 36 years. They considerably outnumbered Danish supporters in Saransk.

Seventy eight years after Peru last went 10 games unbeaten, they repeated the feat. And this time their prize was not a first Copa America crown but a spot in the 2018 World Cup after 36 years. Their route to a first finals since 1982 was as dramatic as it was unexpected. Halfway through the campaign they seemed doomed to yet another dismal failure, but a stroke of luck helped Ricardo Gareca’s side gain confidence and momentum, before making it through after two nervy play-off games against New Zealand.

Sep 2016
A 2-0 loss away to Bolivia is later awarded as a 3-0 victory to the visitors after Paraguayan-born sub Nelson Cabrera is later deemed ineligible. As a result, Peru win their first qualifier away from home in more than 12 years.
Aug 2017
In the return at home to Bolivia, Peru go 2-0 up but then suffer a crisis of nerves. Bolivia get one back and then miss a sitter in the final minute.
Oct 2017
A goal down to Colombia in their last game and on their way out, opposing keeper David Ospina tries to save Paolo Guerrero’s indirect free-kick and touches the ball as it flies into the net. Had it gone straight in it would not have counted.
Nov 2017
Leading 1-0 at home to New Zealand but fearful of conceding a fateful away goal, Christian Ramos scoops the ball into the net to settle matters.

Peru are in a tough group with France, Australia, and Denmark with the dangerous Christian Eriksen.

Peru’s World Cup friendlies have gone incredibly well for them. They have beaten Croatia, Iceland, Scotland and Saudi Arabia. A final uninspiring draw against Sweden was their final warm-up game.

Peru kick off their tournament with a match against Denmark on the 16th of June. Antoine Griezmann and France follow on the 21st, and finally Australia on the 26th.

Ricardo Gareca, age 59 (10.02.58)
The Argentinian took over in 2015 and his greatest virtue has been to bring calm to an environment prone to despair. He has identified a young group of players with potential and stuck by them until poor results turned to good ones. 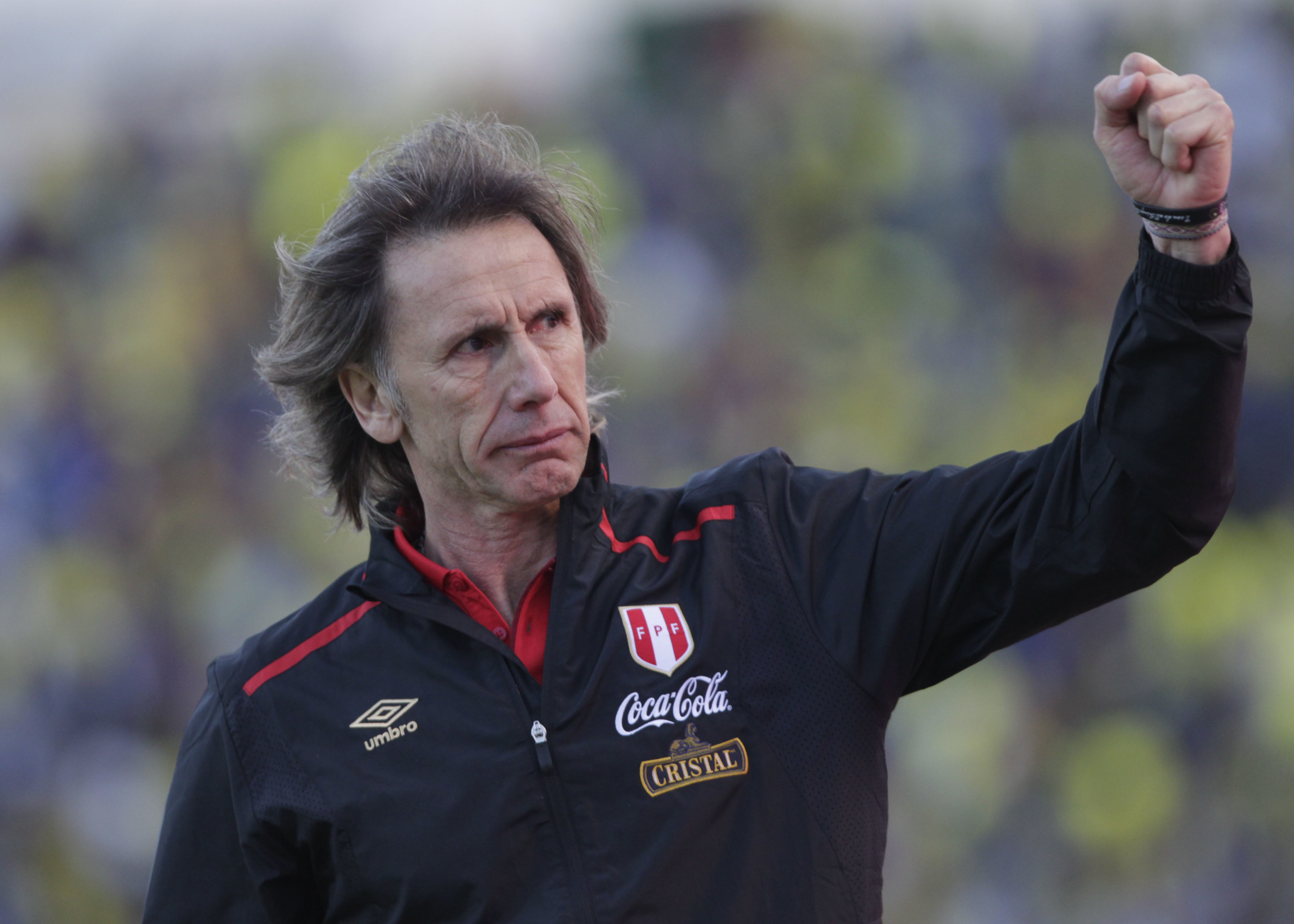 The Players
Stars
The big success story of the campaign was Edison Flores, a versatile midfielder who was the side’s joint-top scorer with five goals. Pedro Gallese was impressive when called upon and signals the end of the days when Peru needs to nationalise Argentinian goalkeepers.
Stalwart
Veteran striker Jefferson Farfan was discarded after the fifth round, but came back for the final few rounds, and stepped up well to cover the absence of Paolo Guerrero in the play-offs.
Missing
Captain and centre-forward Guerrero is the country’s all-time record scorer but sat out the play-offs after failing a drug test.
Debuts
Holding midfielder Renato Tapia made his senior bow in Gareca’s first game in charge and grew in stature during the campaign.

We will update you with all injuries here. 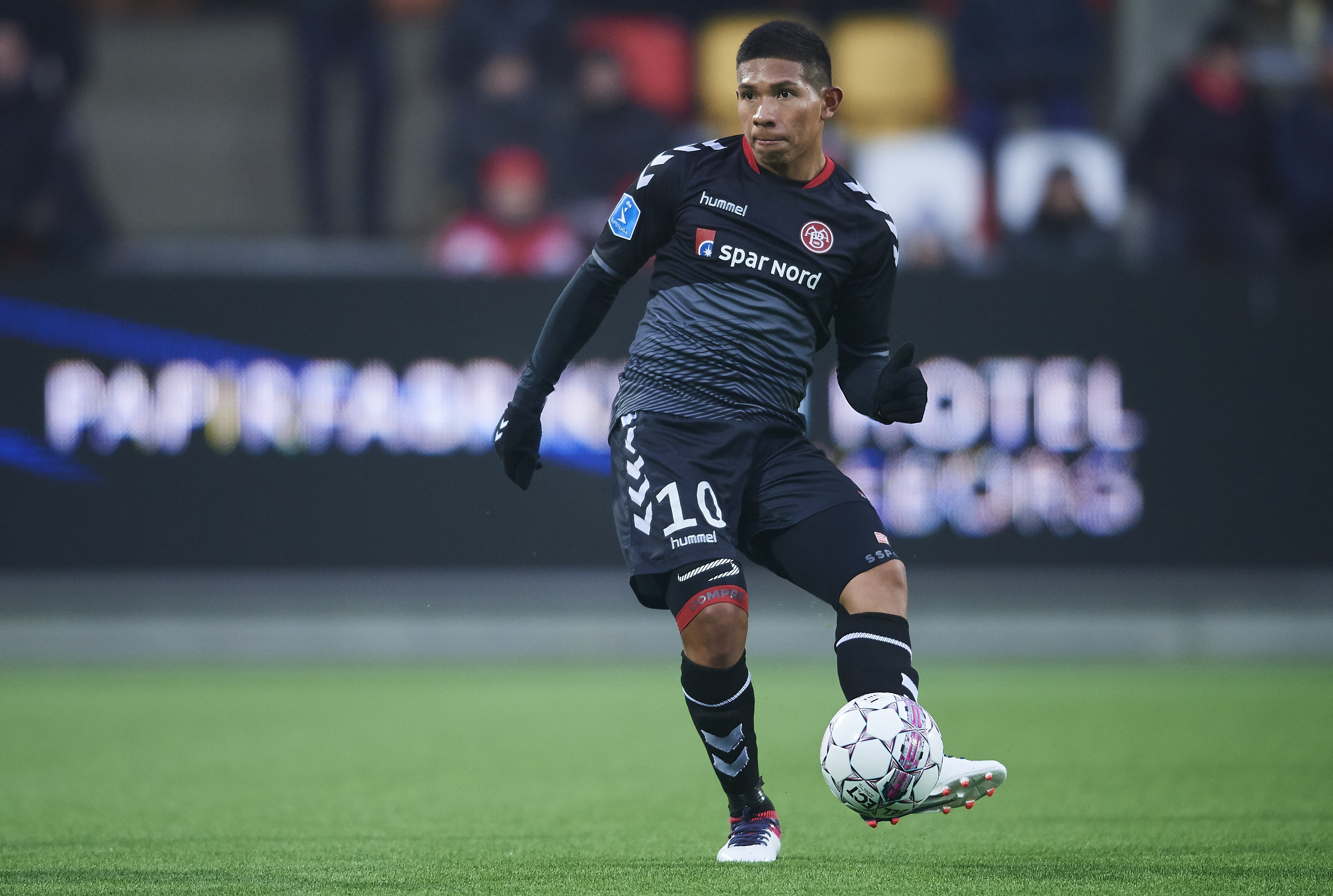 Will there be a recall for 39-year-old Claudio Pizarro?
With the uncertainty over Paolo Guerrero following his drugs ban, and with no other proven target man to play up front, Peru were tempted to recall their former captain, who was on standby for the play-off second leg against New Zealand. However, it appears as if Pizarro will not play in the World Cup again after being omitted from the final squad. 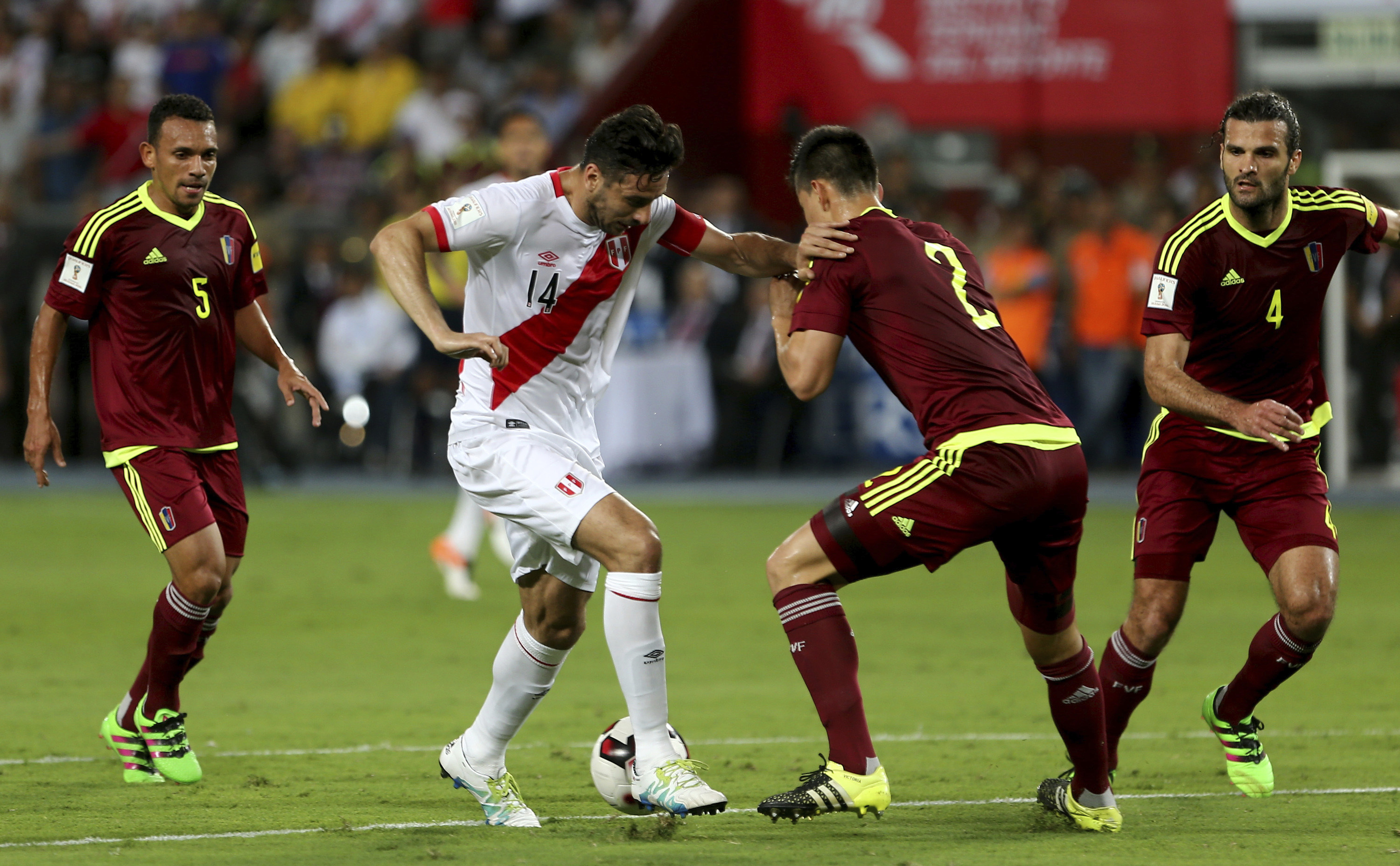 Will the squad’s lack of World Cup experience tell in Russia?
None of the current squad were born the last time Peru played at a finals. In the past, several Latin American teams with limited experience in this situation have been overawed, starting slowly and then waiting until it was too late to show their best football.

Can they defend in the air?
Physically imposing centre-forwards are likely to cause problems, with big New Zealand striker Chris Wood causing panic in the Peruvian defence in the play-offs.