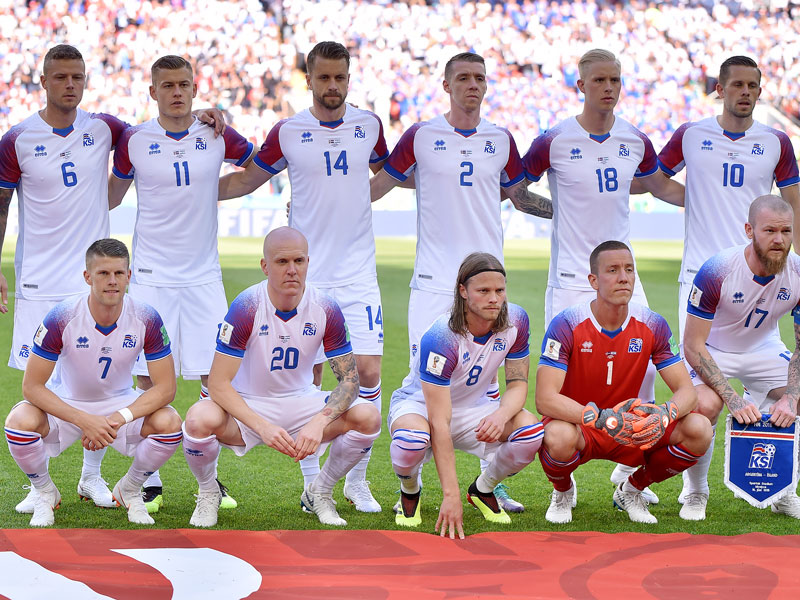 Iceland have been eliminated from the 2018 World Cup.

Ivan Perisic scored a last-minute winner for a much-changed Croatia side who topped their group and won three World Cup games in a row for the first time.

After a cautious start, Iceland grew in confidence and went close through Albert Finnbogason, Birkir Bjarnason and Aron Gunnarsson in the first half.

Croatia struggled to find their stride but they eventually made the most of greater second-half possession and took the lead through Milan Badelj, in for rested Ivan Rakitic.

Gylfi Sigurdsson made amends for his penalty miss against Nigeria by dispatching the spot-kick that brought Iceland back into game. But as Iceland pushed for a late goal that might keep them in the tournament, space opened up for Perisic to grab the last-gasp winner.

Only Luka Modric and Ivan Perisic retained their starting places for the final group game after coach Zlatko Dalic made wholesale changes.

The blistering pace of Ahmed Musa destroyed Iceland, whose tight organisation melted away in the face of Nigeria’s second-half attacks.

After an incident-free first half, Nigeria sprung to life after the break. Victor Moses led a swift counter-attack that was finished with with a scorching volley by Musa for the first goal. Musa then outran the Iceland defence to dispatch the second. Nigeria could have had more – Musa rattled the crossbar – before a VAR review gave Iceland the chance to get back in the game. But Gylfi Sigurdsson sent his penalty over. 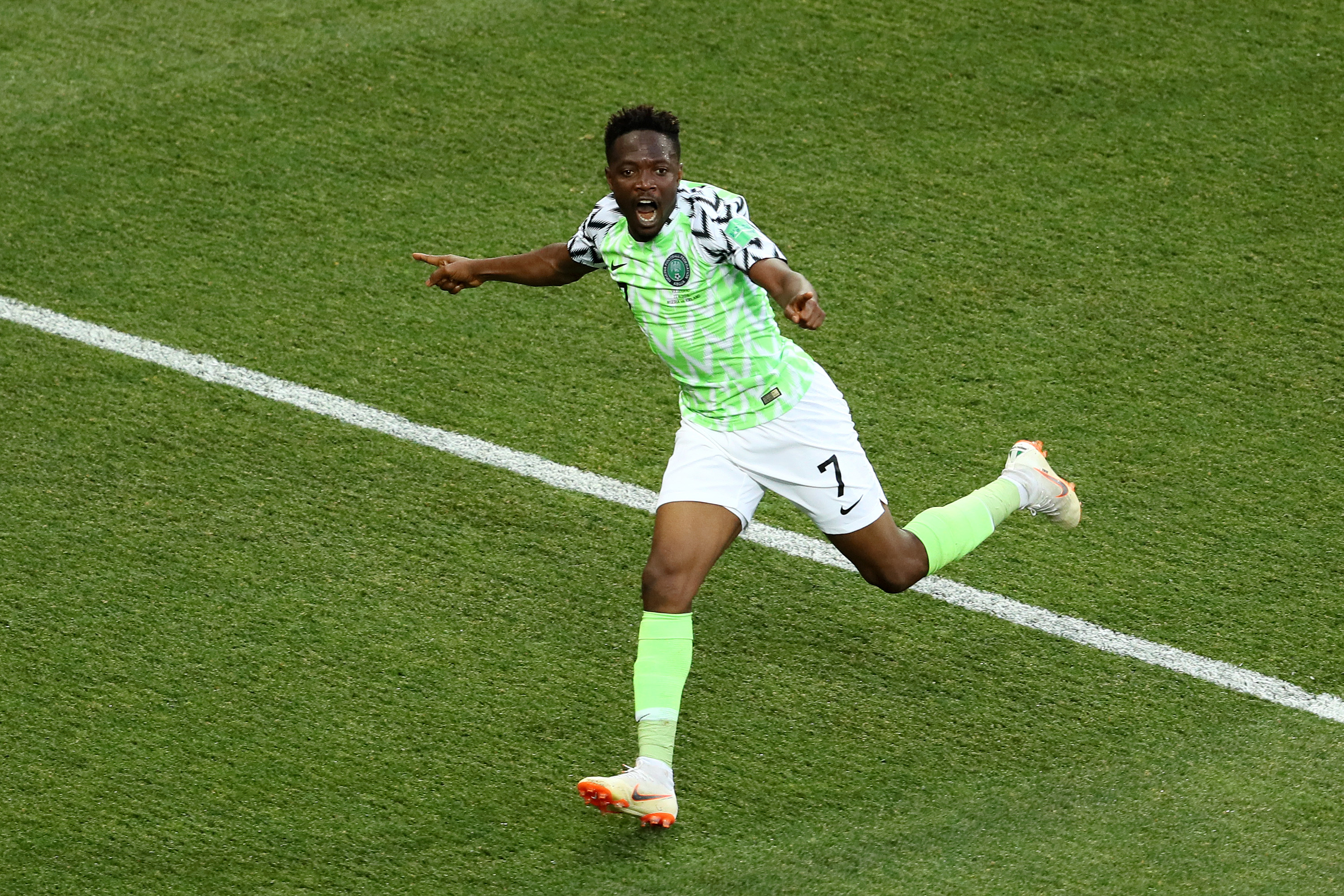 Nigeria had no goal attempts in the first half.

Nigeria were a side transformed from their opening game against Croatia thanks to the changes made by coach Gerhard Rohr. Musa and Kelechi Iheanacho started in a revamped 3-5-2 formation.

Playing in their first World Cup, can Iceland manage to stop the offensive class of Argentina? – Match preview here.

Argentina’s opening game ended in frustration after being held by a disciplined Iceland side playing their first ever World Cup match. Lionel Messi was denied the winner by Iceland keeper Hannes Halldorsson, who saved a second-half penalty and was the anchor of an Iceland defence that resisted a wave of Argentina attacks.

GOAL! Caballero fails to collect a cross-come-shot from Sigurdsson and Finnbogason taps in to send the Iceland fans wild pic.twitter.com/eYoGKlOrmt

Iceland’s keeper Hannes Halldorsson saved a Lionel Messi penalty and kept his team in the game when saving from from Cristian Pavon late in the game.

The clash of styles was highlighted by the pass accuracyy stats. Argentina completed 92 per cent of their passes, compared to only 67 per cent for Iceland. Argentina also enjoyed the vast majority of possession (72 per cent) but Lionel Messi frequently found himself crowded out by two or three Iceland defenders.

Amazingly, Iceland reached the 2018 World Cup finals as winners of their group. They are by far the smallest nation ever to qualify and – at a mere 339,000 – the first with a population under a million. The team were a bit rusty at first, following an amazing run at their first major tournament at Euro 2016, where they were unbeaten until losing in the quarter-finals to hosts France. The players grew in strength and, against all odds, won seven of their 10 games, including all of their home games.

Sep 2016
A lucky 3-2 win over Finland with two goals in injury time, including a disputed winner.
Sep 2017
Strangely, a 1-0 loss to Finland in Tampere, with three more games to play, is crucial. The players realise they have probably become complacent and, following the defeat, they go back to basics.
Oct 2017
A fantastic 3-0 win away to Turkey puts Iceland on top of the group again, as Croatia draw at home against Finland the same night.
Oct 2017
Playing hosts to Kosovo, and with their fate in their own hands, they break down their resilient guests just before half-time, adding a second goal after the interval.

Iceland are in Group D alongside Argentina, Ivan Rakitic’s Croatia, and Nigeria.

In January of 2018, Iceland dismantled Indonesia 4-1, to get the year off to winning ways. But they then lost three matches in a row against Mexico, Peru and Norway. In their final game, they got a draw against Ghana.

Iceland open their tough group account against Argentina on the 16th of June. Nigeria then await on the 22nd, and finally a potentially crucial game against Croatia takes place on the 26th.

Heimir Hallgrimsson, age 50 (10.06.67)
A qualified dentist who still runs a clinic in his native Westmann Islands, he was appointed assistant to Lars Lagerback, when the Icelandic Football Federation hired the Swede as national coach in 2011. Shortly after failing to qualify for the 2014 World Cup, Hallgrimsson and Lagerback signed contracts as joint managers, and when the Swede called it a day after Euro 2016, Hallgrimsson became the sole boss. 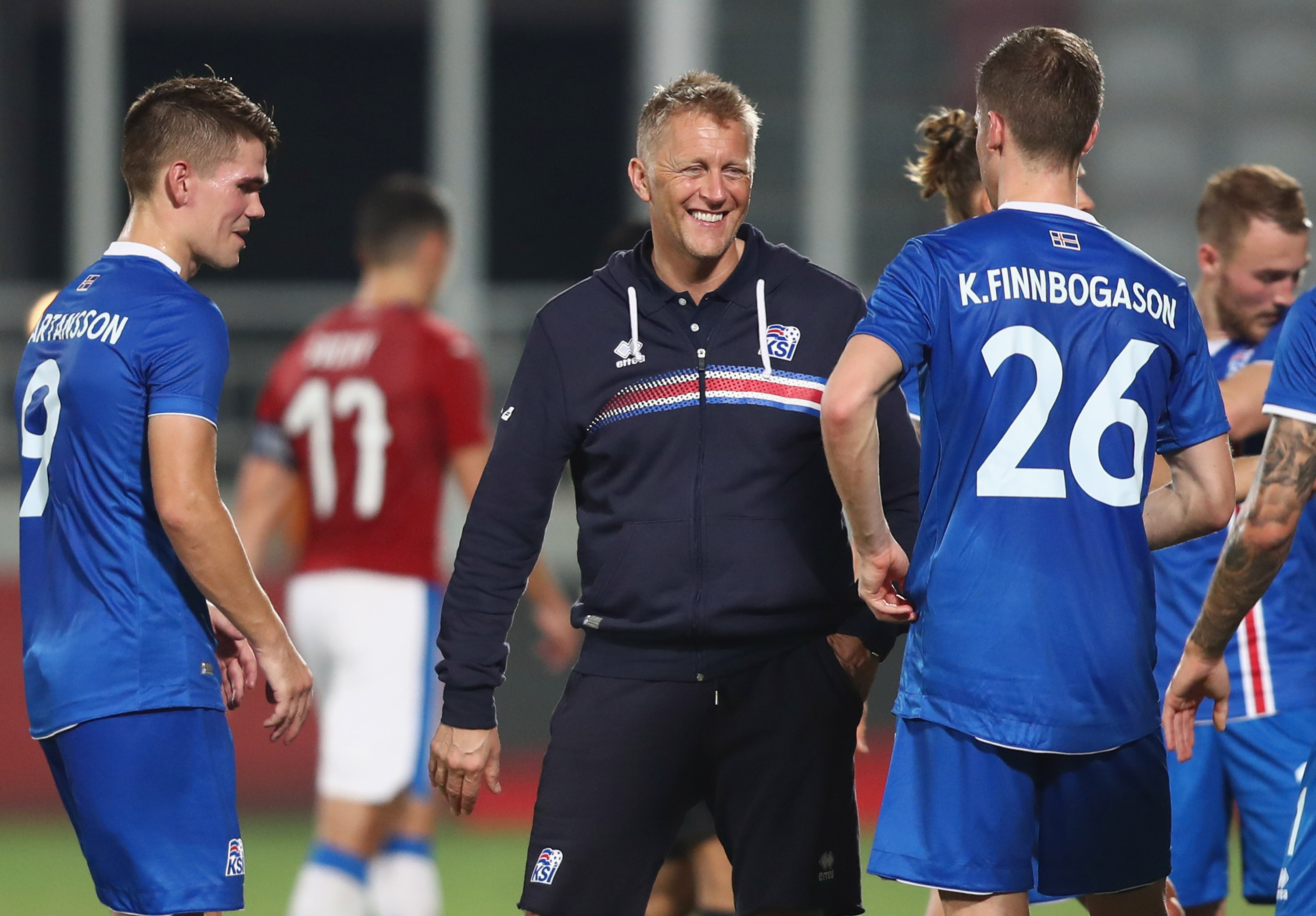 Going Solo: Hallgrimsson was a joint manager with Lars Lagerback but now he has sole possession of the head coaching role (Getty Images)

The Players
Stars
Although having a very quiet start to his Everton career, midfielder Gylfi Sigurdsson was top scorer during the World Cup qualifying campaign.
Stalwarts
Captain Aron Einar Gunnarsson is the heart of the Iceland team, with Sigurdsson being the brain. Gunnarsson’s never-say-die attitude is crucial, pulling the strings in midfield and allowing Sigurdsson time and space to attack. Centre-backs Ragnar Sigurdsson and Kari Arnason are an important pairing, with keeper Hannes Halldorsson another essential piece in the puzzle.
Missing
Forward Kolbeinn Sigthorsson has hardly played since Euro 2016, having sustained a knee injury in September 2016, but he hopes to return to action before the end of 2017.

Iceland’s best player Gylfi Sigurdsson suffered a serious knee injury whilst playing for Everton. He is in a race against time to be fit for the tournament. 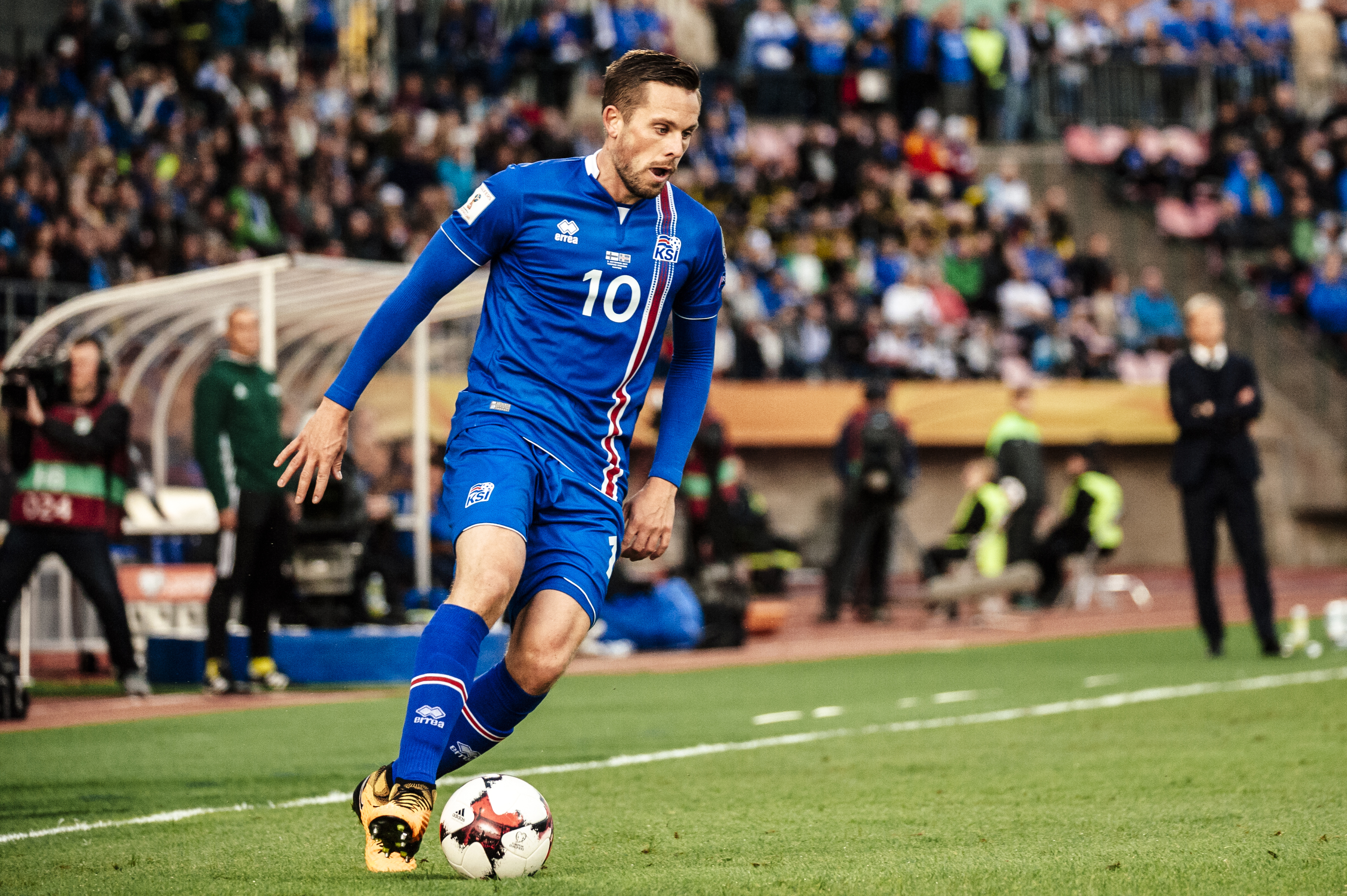 Playmaker: Sigurdsson was their top scorer during the qualifying campaign (Getty Images)

How can such a small nation qualify for the World Cup?
The recent generation of players is strong, both physically and mentally. All of them playing professionally abroad, although few are with big teams in strong leagues.

How have Iceland climbed the FIFA ranking list so quickly?
The transition can be traced back 15 years to when the country started building indoor football arenas. Before then, adverse weather conditions meant players could not train properly during the winter. Another reason is a high standard of coaches. 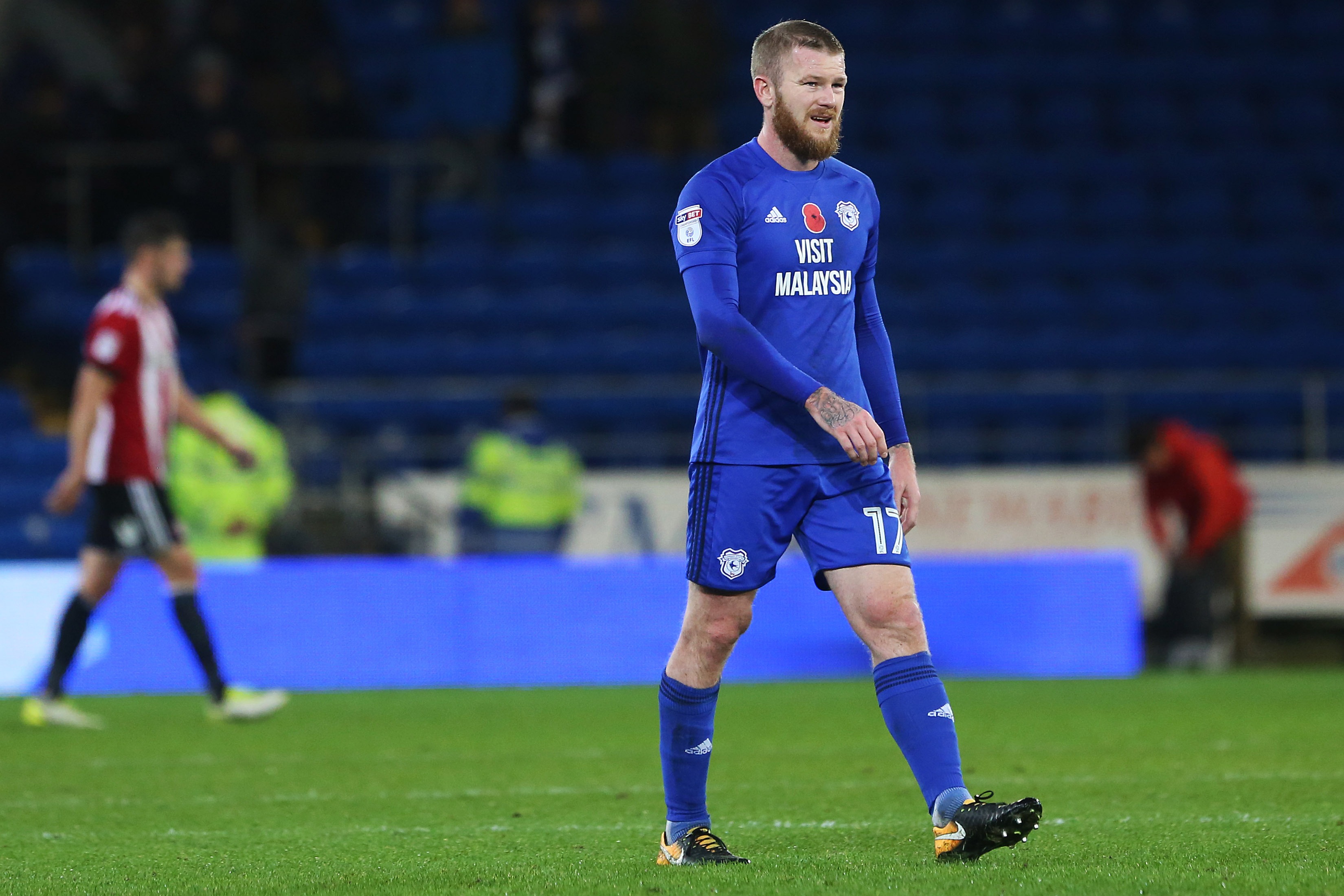 Captain: Gunnarsson is one of their most important players (Getty Images)

Has Iceland got enough strength in depth if key players get injured?
If important players such as captain Gunnarsson or Gylfi Sigurdsson are not available, their replacements would not be of the same quality even though Iceland has a pretty strong squad of 20 to 25 players. Recent friendlies suggest that, at this moment in time, others are not ready to step up.

Will Heimir Hallgrimsson stick to his tried and tested 4-4-2 formation?
Iceland usually play 4-4-2 but during the qualifiers they sometimes used a 4-5-1 set-up, with Sigurdsson in the hole behind a lone striker. In a recent friendly they even experimented with three centre-backs in a five-man defensive line – which could be used at times in the summer.