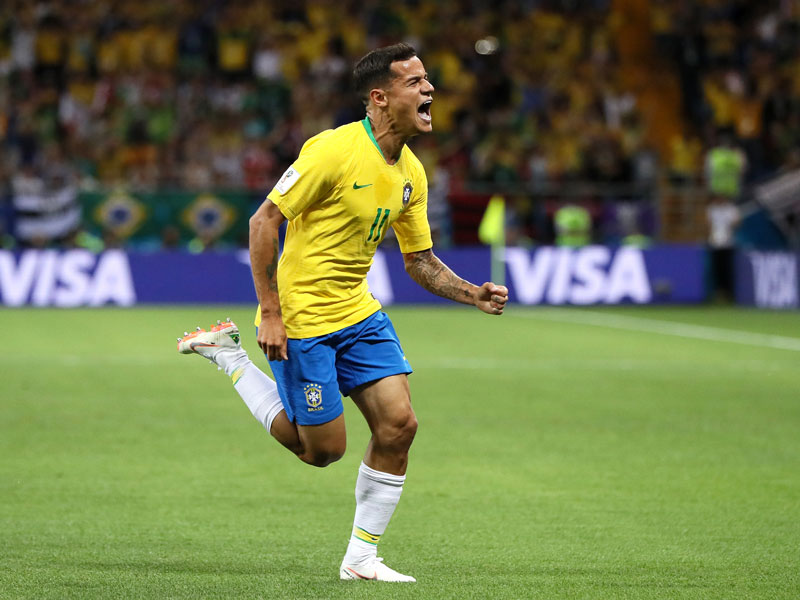 A lot has been expected of Brazil in relation to this World Cup. As one of the favourites, anything less then a semi-final place would be a failure. Above all else, they must find a way to forget about the demons of 2014. And during their first game against Switzerland, everything appeared to be going swimmingly, with Philippe Coutinho scoring an absolute screamer to put his side 1-0 up.

But things didn’t carry on that way. Brazil sat back and let Switzerland back into the game with Steven Zuber scoring a header to equalise. That was the way it stayed too. In a game Brazil were expected to get three points, their tactics let them down. Additionally, Neymar appeared to suffer a fresh injury to his foot which could impact his effectiveness.

Bearing this in mind, a lot will be expected of Philippe Coutinho as they play Costa Rica next. He is their creative force in the final third and this will be even more significant given that Costa Rica are likely to put 11 men behind the ball in the hope of keeping Brazil out. He will need to be at his best and do not be surprised if he scores another stunning goal as he did against the Swiss.

As expected Costa Rica frustrated Brazil for 90 minutes, but in the 91st, Philippe Coutinho managed to latch onto a Gabriel Jesus touch, and then poked hime to put his side 1-0 up with no time left. Six minutes later Neymar added another. Final score 2-0.

If your team scores in the first 5 minutes, you get paid out as a winner!

Coutinho was Brazil’s best player against Switzerland and given Neymar has not been at his best yet, the ex-Liverpool man will be their best shot at securing the three points.

Nigeria, before the tournament started, were a dangerous side and had promise for possibly getting out of the group. However, these expectations were brought back down to earth quickly after a terrible performance against Croatia. Very little creativity, poor defending, and it appeared as if the occasion had got the better of them.

Iceland on the other hand put in a brilliant defensive performance against Argentina and Lionel Messi. After going 1-0 down to a Sergio Aguero goal, Iceland could have easily capitulated but they didn’t and brought it level to everyones surprise. They would go on to secure a 1-1 draw.

Facing each other, this match is difficult to predict given how poor Nigeria are and how Iceland set up tactically.

In their opening games, Serbia secured a 1-0 victory thanks to a lovely free kick by Aleksandr Kolarov, and as mentioned above, Switzerland secured a draw against Brazil.

Another match that is tough to predict, either side could win this game, but one thing is for certain, Sergej Milinkovic-Savic is a star in the making.