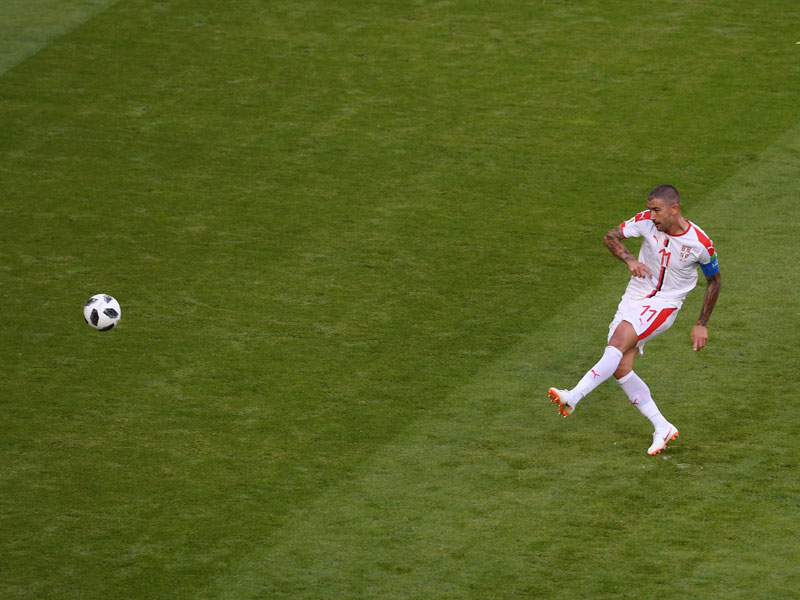 Serbia opened up its World Cup campaign on Sunday with a 1-0 victory over Costa Rica in Group E thanks to a wonderful free-kick goal from Aleksandar Kolarov in the second half. The AS Roma full-back swung an absolute beauty past Costa Rica’s goalkeeper Keylor Navas into the top corner.

The Kolarov free-kick was enough to give the Serbians three vital points and put Costa Rica in a tough spot to qualify from the group.

This was the third free-kick of the tournament following goals from Cristiano Ronaldo and Aleksandr Golovin, and this was all it took to equal the amount scored in the entirety of the 2014 World Cup in Brazil.

The goal earned Kolarov a Lada car which was gifted him by the governor of Samara.

Serbia’s next game is against Switzerland on the 22nd of June in Kaliningrad.