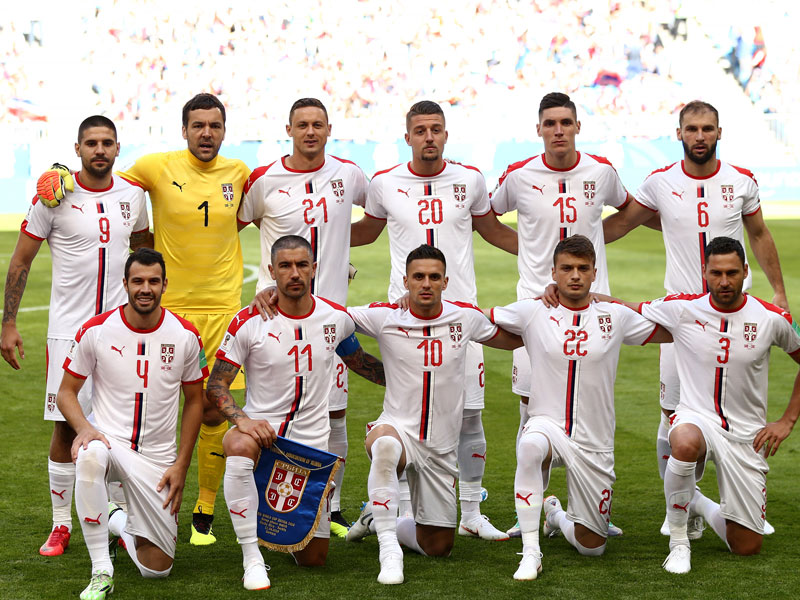 Serbia have been eliminated from the 2018 World Cup.

Brazil eased through the gears and into the knockout stage as group winners after goals from Paulinho and Thiago Silva saw off the challenge of Serbia.

Serbia offered little threat in the first half but enjoyed a sustained spell of pressure early after the break. Two headed chances for Aleksandar Mitrovic were not taken and Brazil doubled their advantage from a corner.

Serbia’s intensity dropped off after the second goal although Neymar, enjoying his best game yet in the tournament, went close to extending Brazil’s lead on a number of occasions.

GOAL! Coutinho chips a measured pass forward, Paulinho doesn't have to break stride and just lifts the ball over the onrushing keeper pic.twitter.com/KbfUXDHRa7

GOAL! Neymar's whipped in corner finds the run of Thiago Silva at the near post who powers in a header pic.twitter.com/HGwrXgtv0D

Serbia dropped Luka Milivojevic and switched Sergej Milinkovic-Savic to a deeper role but aside from a spell of pressure early in the second half, did little to threaten Brazil.

Xherden Shaqiri inspired Switzerland to a dramatic recovery and victory in an enthralling all-European encounter. Serbia took an early lead through Aleksandar Mitrovic and were the better, more balanced side in the first half. But the Swiss played their way back into the game when Granit Xhaka equalised with an unstoppable shot early in the second half. Serbia were aggrieved that VAR was not used when Mitrovic was wrestled back by two Swiss defenders but they continued to press for a winner. A midfielder, Luka Milivojevic, was replaced an attacker, Nemanja Radonjic, but Serbia were caught on the break by the outstanding Shaqiri

Grant Xhaka made the sign of an Albanian eagle as he celebrated his goal – a reference to Serbia’s role in the Yugoslav civil war, when his Kosovan father was imprisoned by the Serbs.

In a game tough to predict, Serbia face Costa Rica in the opening game of the day. Match preview here.

A stunning free-kick from Aleksandar Kolarov sealed victory for Serbia in their opening match of the tournament. Serbia should have won by a bigger margin but Aleksandar Mitrovic and the otherwise impressive Sergej Milinkovic-Savic but could not find a way past keeper Keylor Navas.

Costa Rica had an early chance when an unmarked Giancarlo Gonzalez headed over but they rarely threatened the Serbia goal after that. Two of their senior stars, Christian Bolanos and Joel Campbell, were brought on in the second half but they could not find the equaliser.

Branislav Ivanovic made his 104th senior appearance for Serbia, overtaking Dejan Stankovic (103) to become his country’s most capped player.

Serbia’s captain Kolarov had been an injury doubt before the game, and pulled up early in the second half, but he stepped up to take the free-kick that sealed the win for Serbia.

Having failed to qualify for the last three major tournaments, Serbia made it to the 2018 World Cup –against all the odds – as group winners. However, it was a mixed campaign, at the end of which the Serbian FA sacked coach Slavoljub Muslin, whose 3-4-3 system was regarded as being too defensive – even though Serbia scored 20 goals.

Oct 2016
Having allowed Austria to twice come from behind in Belgrade, Dusan Tadic scores the winner in a 3-2 victory.
Nov 2016
Aleksandar Mitrovic equalises in the 86th minute in Wales before Gareth Bale hits a post for the hosts in a 1-1 draw.
Sep 2017
Despite playing for more than 25 minutes with 10 men when centre-back Nikola Maksimovic was sent off, Serbia hold on for a 1-0 win away to Republic of Ireland.
Oct 2017
Although they lose 3-2 in Austria, Aleksandar Prijovic’s goal against Georgia three days later secures a ticket to Russia.

Serbia are the final side in Group E, along with Brazil, Switzerland, and Costa Rica.

On the 23rd of March Serbia played against Morocco and lost 2-1. Four days later they beat Nigeria 2-0. They then lost 1-0 to Chile and finally smashed Bolivia 5-1.

Serbia play in the first group E game of the tournament against Costa Rica on the 17th of June. Switzerland, and then Brazil follow on the 22nd and 27th of June respectively.

Mladen Krstajic, age 43 (04.03.74)
Appointed caretaker following Slavoljub Muslin’s dismissal, the former centre-back has no experience as a head coach. However, with the Serbian FA’s first-choice replacement Dragan Stojkovic out of bounds due to his lucrative long-term contract with Chinese side Guangzhou R&F, he might just get the job full time. 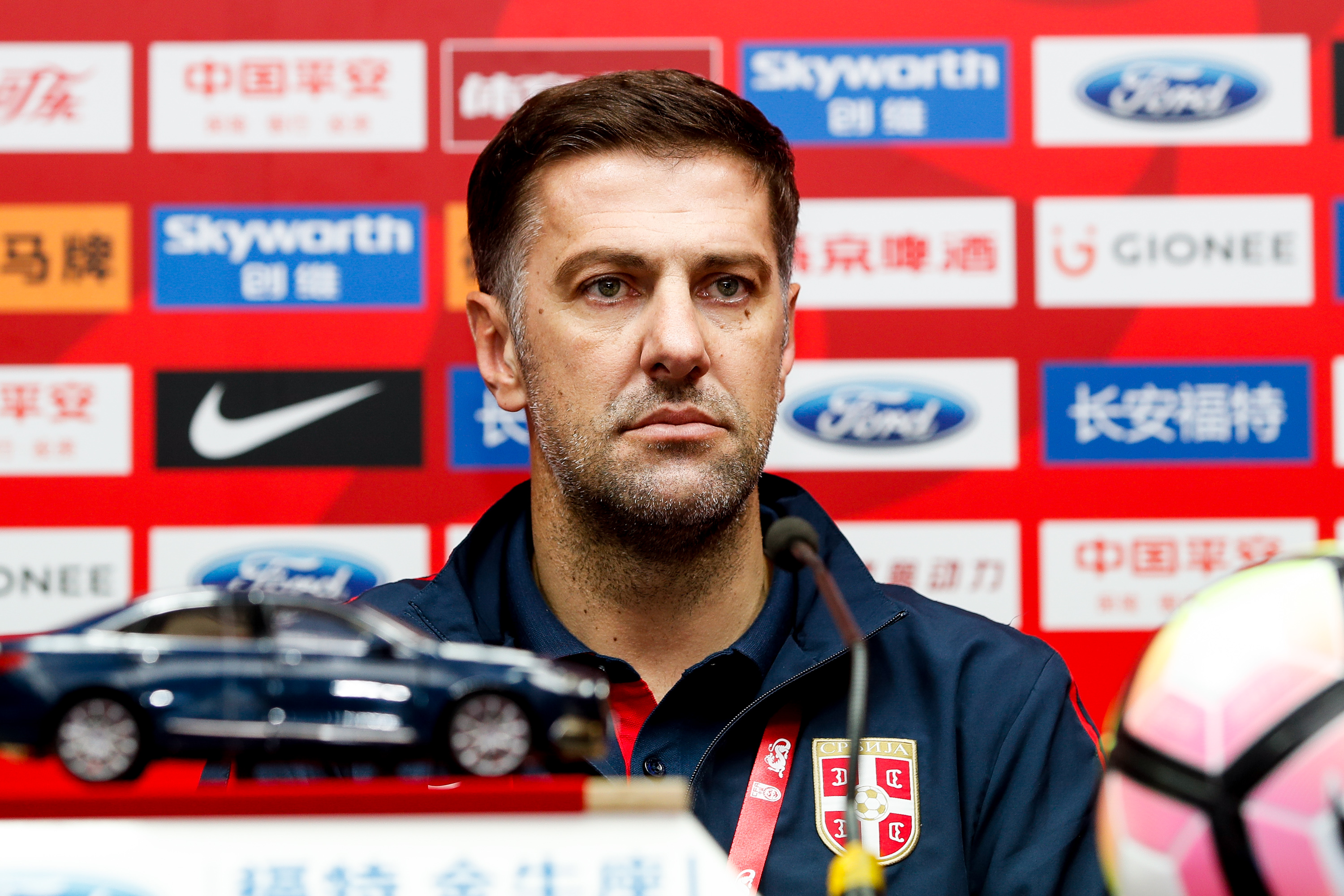 Caretaker: Krstajic took over from Muslin, and has no head-coaching experience (Getty Images)

The Players
Stars
Although his form dropped in the second part of the campaign, Dusan Tadic made a big contribution. Aleksandar Mitrovic is only a reserve at his club side Newcastle, but in the World Cup qualifiers he scored six times, including two crucial equalisers in the two draws with Wales.
Stalwarts
The ability of goalkeeper Vladimir Stojkovic was vital in qualifying, while skipper Branislav Ivanovic showed true leadership despite some ups and downs in his performances. Nemanja Matic is the central figure in midfield.
Missing
Muslin constantly ignored midfielder Sergej Milinkovic-Savic, claiming he didn’t fit into a 3-4-3 system.
Debut
A member of the teams that won the 2013 Euro Under-19 and 2015 World Under-20 titles, midfielder Mijat Gacinovic scored on his senior debut in the 3-1 win away to Georgia. 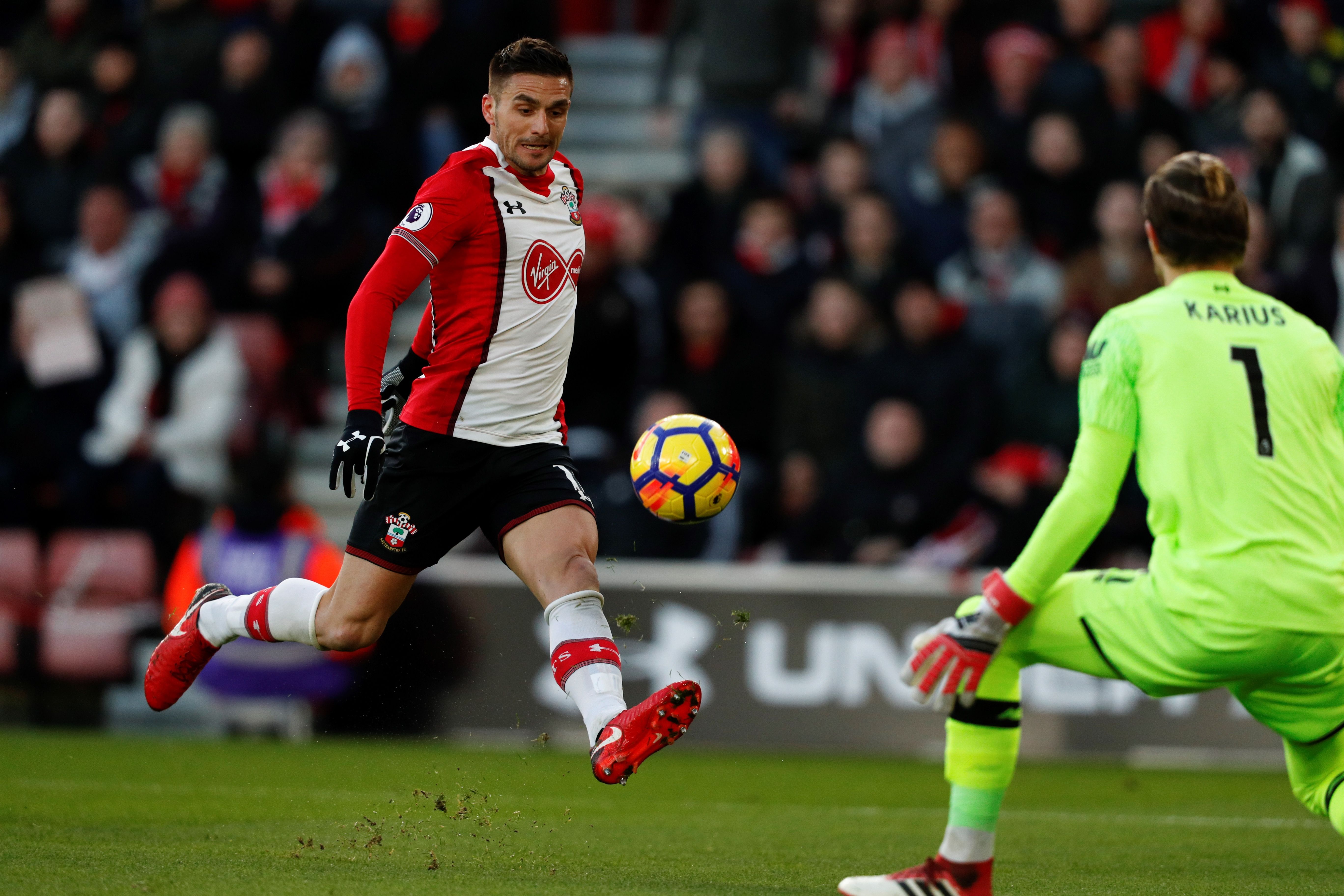 Saint: Tadic, along with Mitrovic, guided the team to qualification (Getty Images)

Who will score the goals if Aleksandar Mitrovic is injured, suspended or out of shape?
If he stays with Newcastle, where he is consigned to the bench, it’s a question of whether the centre-forward will be ready for Russia. Aleksandar Prijovic scored the winning goal against Georgia but he is still a newcomer in this team, while Andrija Pavlovic would probably be punching above his weight.

Can the defence become more solid?
Ignoring the games against an inferior Moldova side, Serbia conceded 10 goals in eight games – almost all of which came after defensive errors. 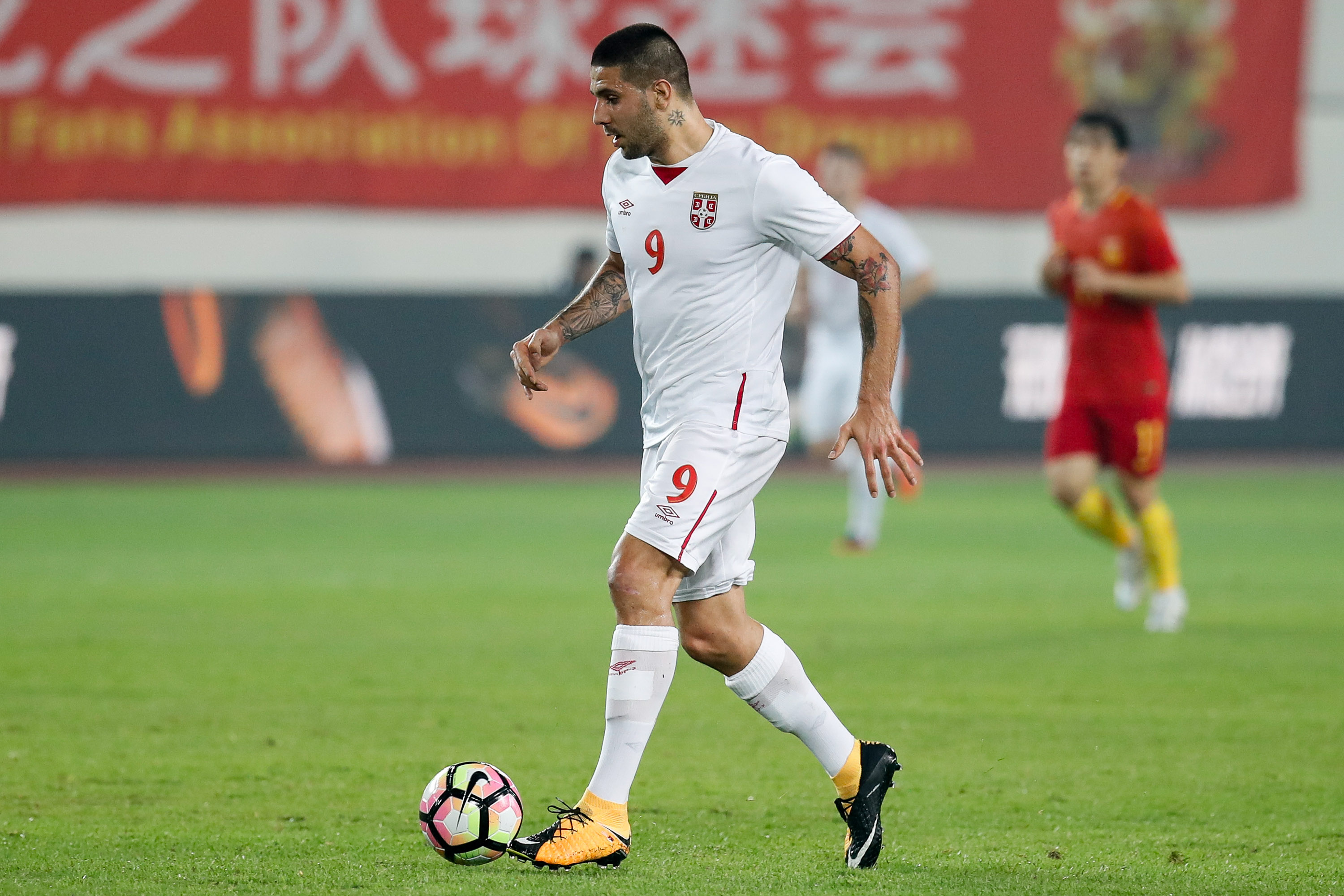 Benchwarmer: Mitrovic may warm the bench for Newcastle, but his goals for Serbian will be vital (Getty Images)

Is there a plan B?
Far too often Serbia seem over reliant on Dusan Tadic and they can look clueless when opponents manage to shackle him. Caretaker coach Mladen Krstajic has given creative players Adem Ljajic and Sergej Milinkovic-Savic their chance and their inclusion could resolve this problem.

Can Serbia overcome the mental blocks of their teams in the past?
The fear is that the big stage will prove too much for Serbia once again next summer. If they want to enjoy a good World Cup they must avoid freezing when it matters most.