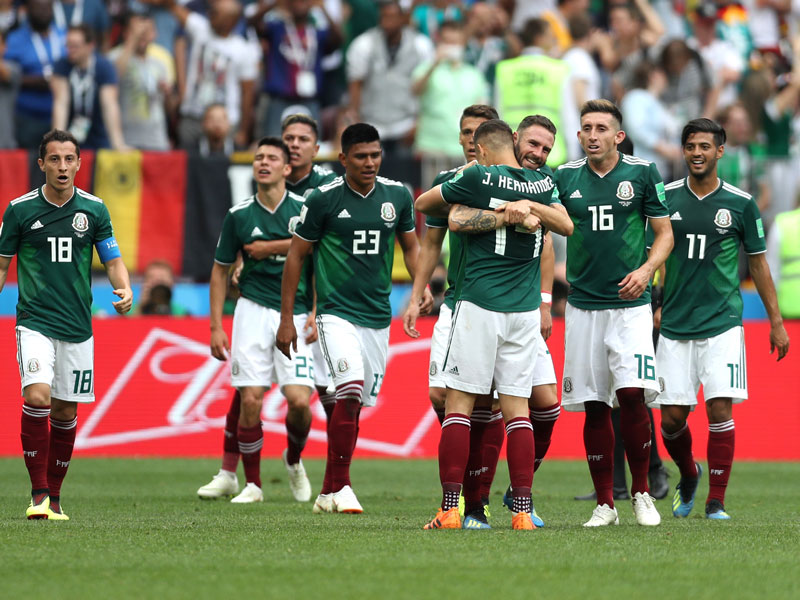 Mexico have been eliminated from the 2018 World Cup.

Mexico vs Brazil – Round of 16 (July 2nd) Match Report

Mexico face a strong Germany in their opening game of the tournament. Can they pull off an upset? Match preview here. 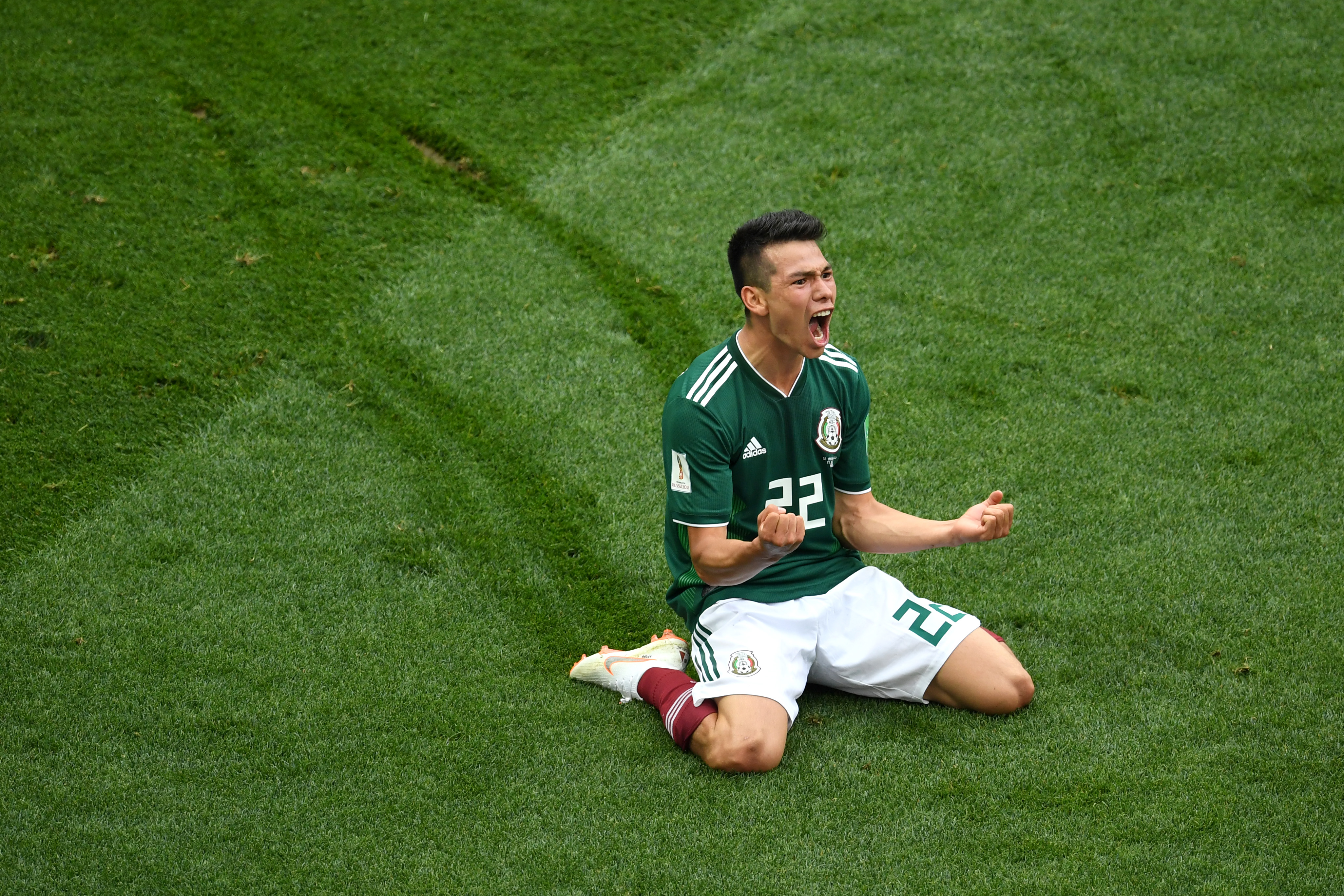 As seems to be the case every four years, Mexico will arrive at the 2018 World Cup with the mission to advance to the quarter-finals while wrapped in doubts and in the middle of a heated public debate about the quality of the team and its coach. However, unlike on most other occasions, this time El Tri topped the CONCACAF qualifying table with ease . Given the quality at their disposal, if the draw is kind to them, this time around the team might just end its streak of six consecutive round-of-16 exits.

Nov 2016
Mexico beat USA 2-1 with a last-minute goal by Rafa Marquez. It is El Tri’s first victory in the American stronghold of Columbus, Ohio, where they had previously lost four times in a row.
Mar 2017
With a 2-0 win against Costa Rica, Mexico take first place in the qualifying group – a spot that they will never relinquish during the rest of the campaign.
Sep 2017
Mexico qualify for the finals with three games to play by defeating Panama 1-0 at Estadio Azteca thanks to a goal from Hirving Lozano.
Oct 2017
El Tri make sure of a first-place finish for the first time since 1998 with a 3-1 victory over Trinidad & Tobago.

Mexico are in Group F alongside Germany, Sweden and South Korea.

On the 1st of February Mexico beat Bosnia 1-0. A 3-0 victory against Iceland followed on the 24th of March, but then they lost to Croatia on the 28th. Two months later Mexico drew with Wales but then beat Scotland on the 2nd of June. Finally, they will lost to Denmark on the 9th.

Mexico will open their World Cup account against Thomas Muller, Mats Hummels and Germany on the 17th of June. Followed by South Korea on the 23rd and Sweden on the 27th.

Juan Carlos Osorio, age 56 (08.06.61)
Appointed in October 2015, he was assistant to Stuart Pearce at Manchester City before starting a coaching career in his native Colombia, moving on to Mexico, Brazil and the United States. He won a league title with Once Caldas and three more with Atletico Nacional in Colombia. 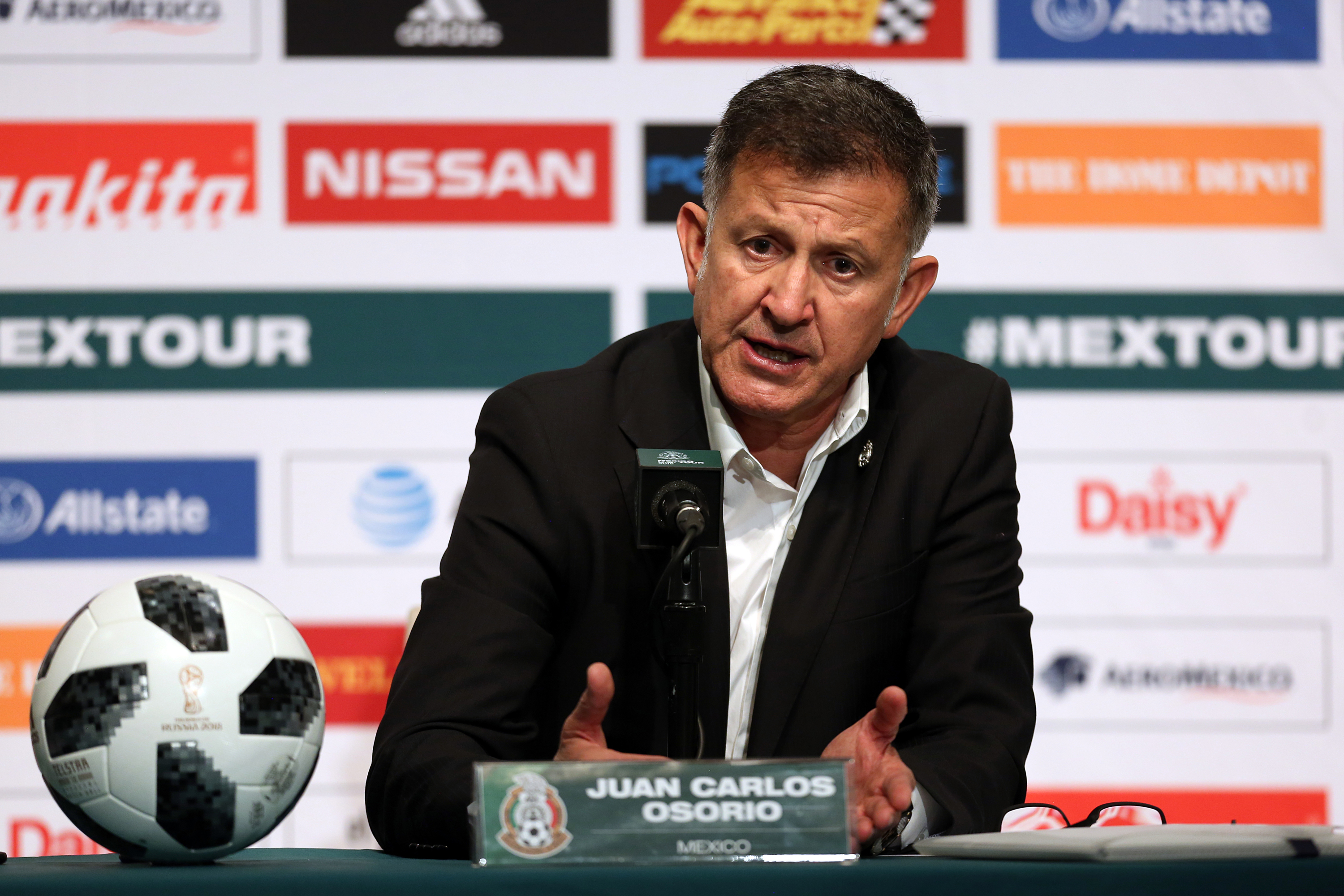 Balance: Osorio must find a way to balance the team (Getty Images)

The Players
Stars
Although he did not have the best start to the season at West Ham, Javier Hernandez is his country’s all-time top goalscorer and remains the team’s most recognisable face.
Stalwarts
With 143 international caps yet still only 31 years of age, captain Andres Guardado provides calm leadership in midfield. The same can also be said of Hector Moreno at the back. Hector Herrera, Jesus Corona and Miguel Layun have been regulars in recent years, as has keeper Guillermo Ochoa.
Missing
Alfredo Talavera has alternated between the posts with Ochoa in recent years but a knee injury means he is likely to miss the finals.
Debut
It will be a first World Cup for the new star of the team, winger Hirving Lozano, who has taken the Dutch league by storm since joining PSV. 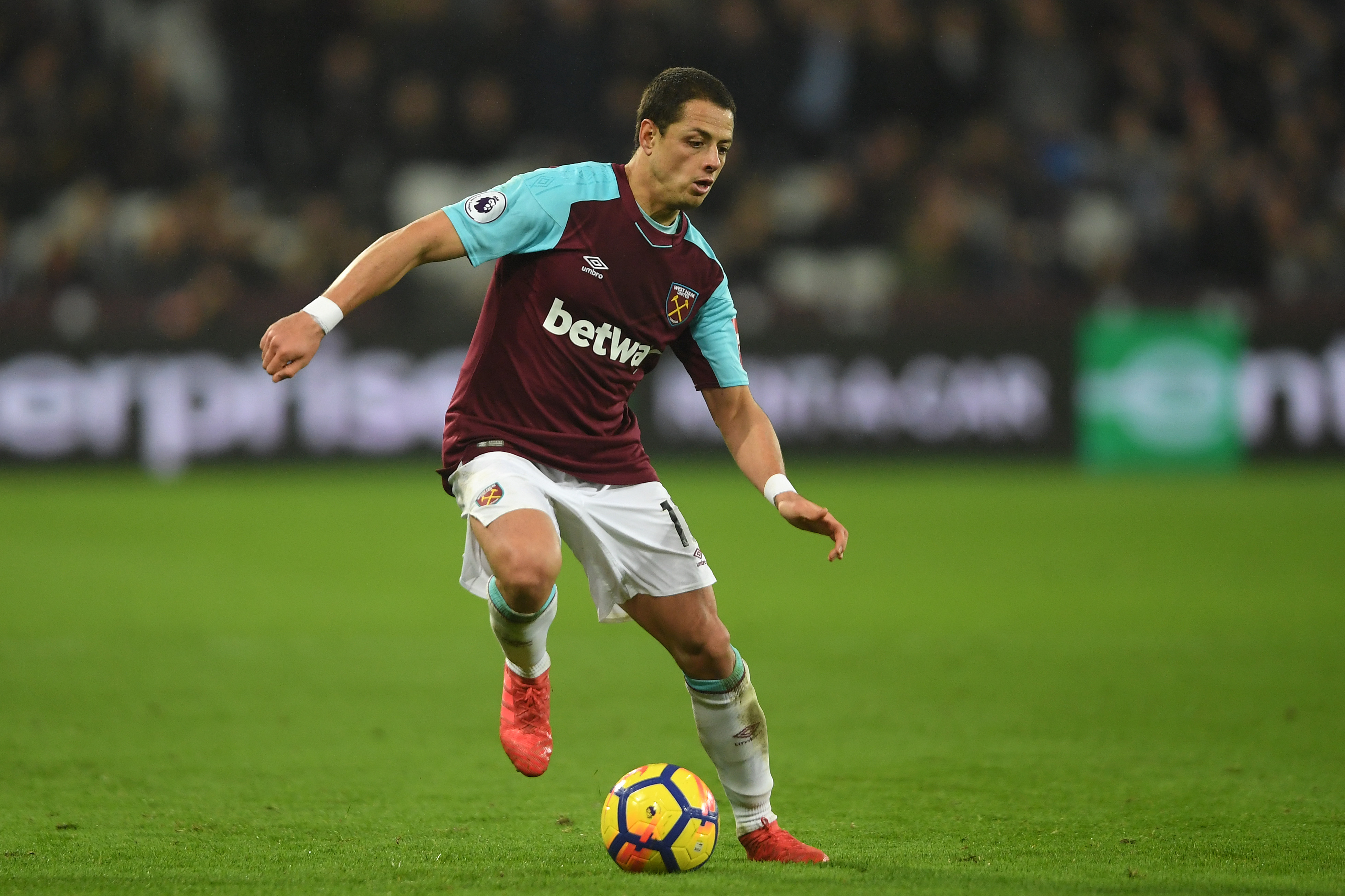 Where does the team’s biggest weakness lie?
When analysing the Mexican squad you can find an abundance of riches in attack, but they are vulnerable at the back. El Tri like to keep possession and dictate the rhythm of games but they suffer when put under pressure and attacked. Coach Juan Carlos Osorio must find a way to balance the team. 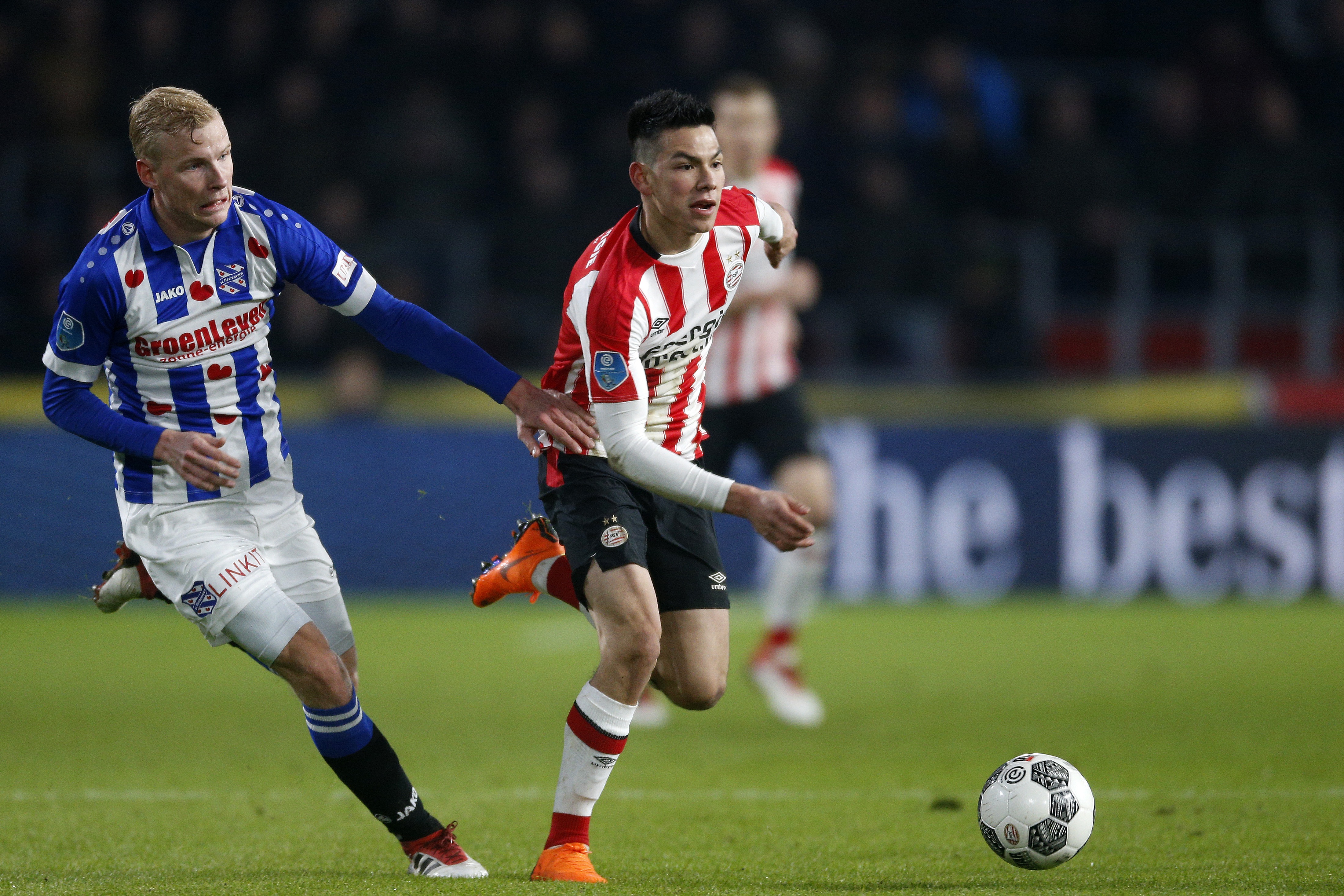 22: At just 22 years old, Lozano is a star and he is taking the Dutch league by storm (Getty Images)

How far can Hirving Lozano go?
He scored twice in the recent friendly against Belgium and fans will expect him to be the player who makes a difference in Russia. However, at 22, that’s a big ask.

Will Rafa Marquez play a fifth World Cup at the age of 39?
He seemed on track for another finals until a US government report accused him of being a “front man” for organised crime. Marquez is now back playing for Atlas and hadn’t been called up since the incident, but Marquez has made the preliminary squad.