Sweden have been eliminated from the 2018 World Cup.

Sweden vs Switzerland – Round of 16 (3rd July) Match Report 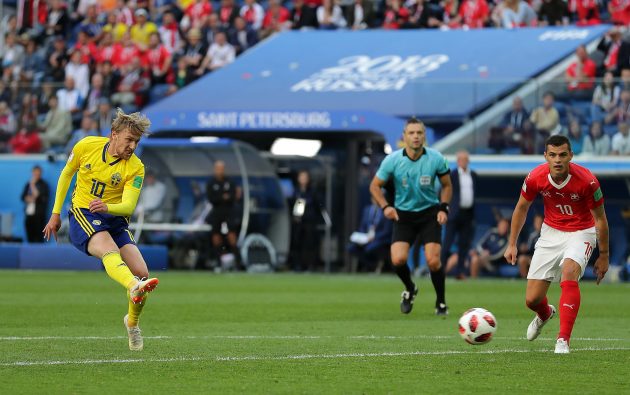 Without Zlatan Ibrahimovic, Sweden are in a World Cup without a recognised superstar. They face South Korea later today. Match preview here

Amid all the euphoria of qualifying for the 2018 World Cup due to their remarkable play-off victory over Italy, it should not be forgotten how impressive Sweden were in the group phase, pipping Holland to the runners-up spot, beating France in Solna and being undefeated at home. Under coach Janne Andersson, they are first and foremost a highly effective defensive unit. The proof? Their seven clean sheets.

Jun 2016
The inimitable Zlatan Ibrahimovic retires from international football. After years of everything revolving around their talismanic superstar, coach Andersson has no other option but to cultivate a greater team ethic.
Sep 2016
Sweden’s solidity and flair for a counter-attack is there for all to see in a 1-1 draw at home to Holland in the opening qualifier. The Dutch enjoyed the bulk of possession, completed twice as many passes and had far more shots on goal, yet still they could not force the win.
Jun 2017
Fighting back from a goal down, they come of age in beating France 2-1. The injury-time winner is scored by striker Ola Toivonen, who plays in France for Toulouse.
Nov 2017
Deploying the sort of catenaccio tactics that Italian sides used to be famous for, Sweden overcome the Azzurri in the play-offs to reach the finals for the first time since 2006.

Sweden are the third team in Group F, alongside Germany, Mexico, and South Korea.

On the 24th of March Sweden lost to Chile, and then lost to Romania a few days later. A Scandinavian battle with Christian Eriksen and Denmark is on the 2nd of June, and resulted in a 0-0 draw. Finally they welcome Peru a week later on the 9th.

Sweden open their World Cup account against South Korea on the 18th of June. Followed by Germany five days later and Mexico four days after that.

Janne Andersson, age 55 (20.09.62)
Appointed in June 2016 on a three-year contract, he was brought in to replace Eric Hamren at the end of Sweden’s Euro 2016 campaign. He began his coaching career at fourth-tier Alets IK, then took charge at Laholms FK, Halmstads, Orgryte and Norrkoping, leading the latter to the 2015 Swedish title. 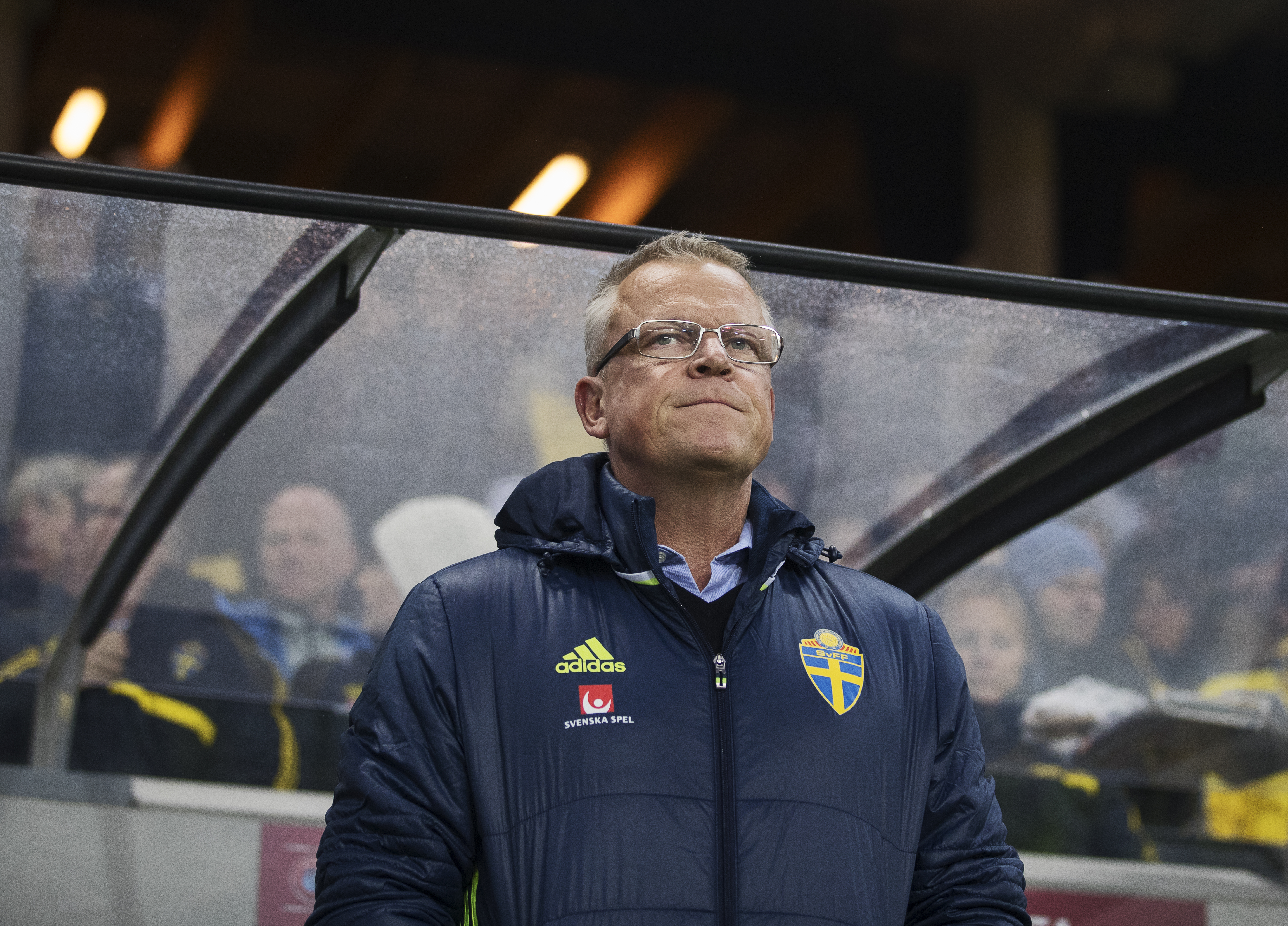 The Players
Star
Attacking midfielder Emil Forsberg is by far the team’s most imaginative element, nominally lining up on the left side but constantly looking to cut inside.
Stalwarts
Back-four organiser and skipper Andreas Granqvist has been a national-team warrior for a decade. Ola Toivonen’s flair can produce game-changing moments.
Missing
Scorer of the winning goal against Italy, Jakob Johansson damaged cruciate ligaments in the second leg and could be a doubt for the finals.
Debuts
Defensive midfielder Alexander Fransson made his competitive bow in the 1-1 draw with Holland, while striker Samuel Armenteros was handed a short cameo in the 3-2 loss to Bulgaria. 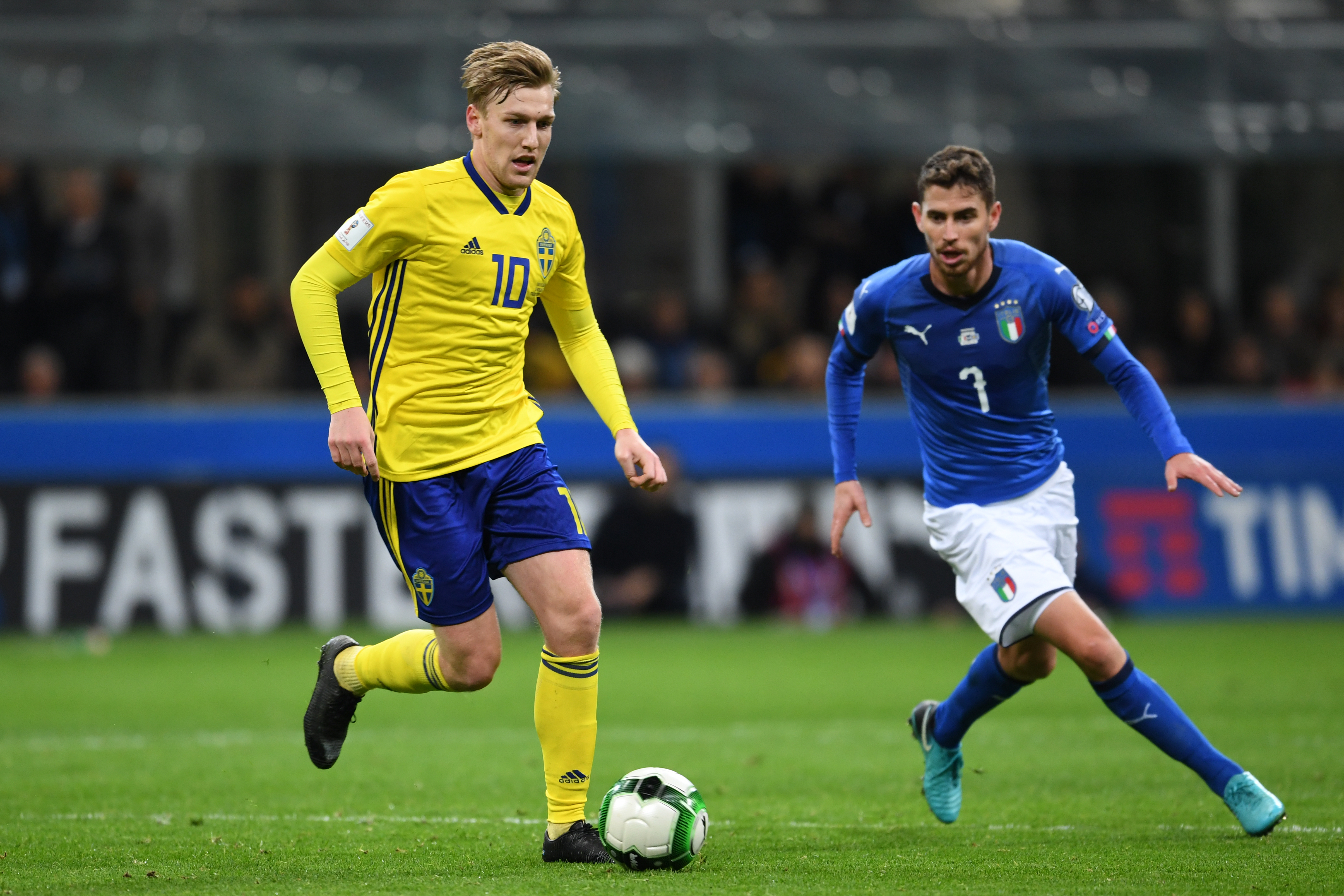 Creative: Forsberg is the brain of the Swedish attack (Getty Images)

Would Janne Andersson ever be tempted with a back three?
Hell might freeze over first. A 4-4-2 system is embedded within the soul of the Swedes. It’s the system in which they feel the most comfortable and secure.

Is there a risk of first-choice striker Marcus Berg becoming rusty now that he no longer plays his club football in Europe?
Despite moving from Panathinaikos to Al Ain in the UAE in the summer he was impressive against Italy. Andersson loves the front-line blend of Berg and Toivonen, with the former as the forward threat and the latter more likely to come deeper. 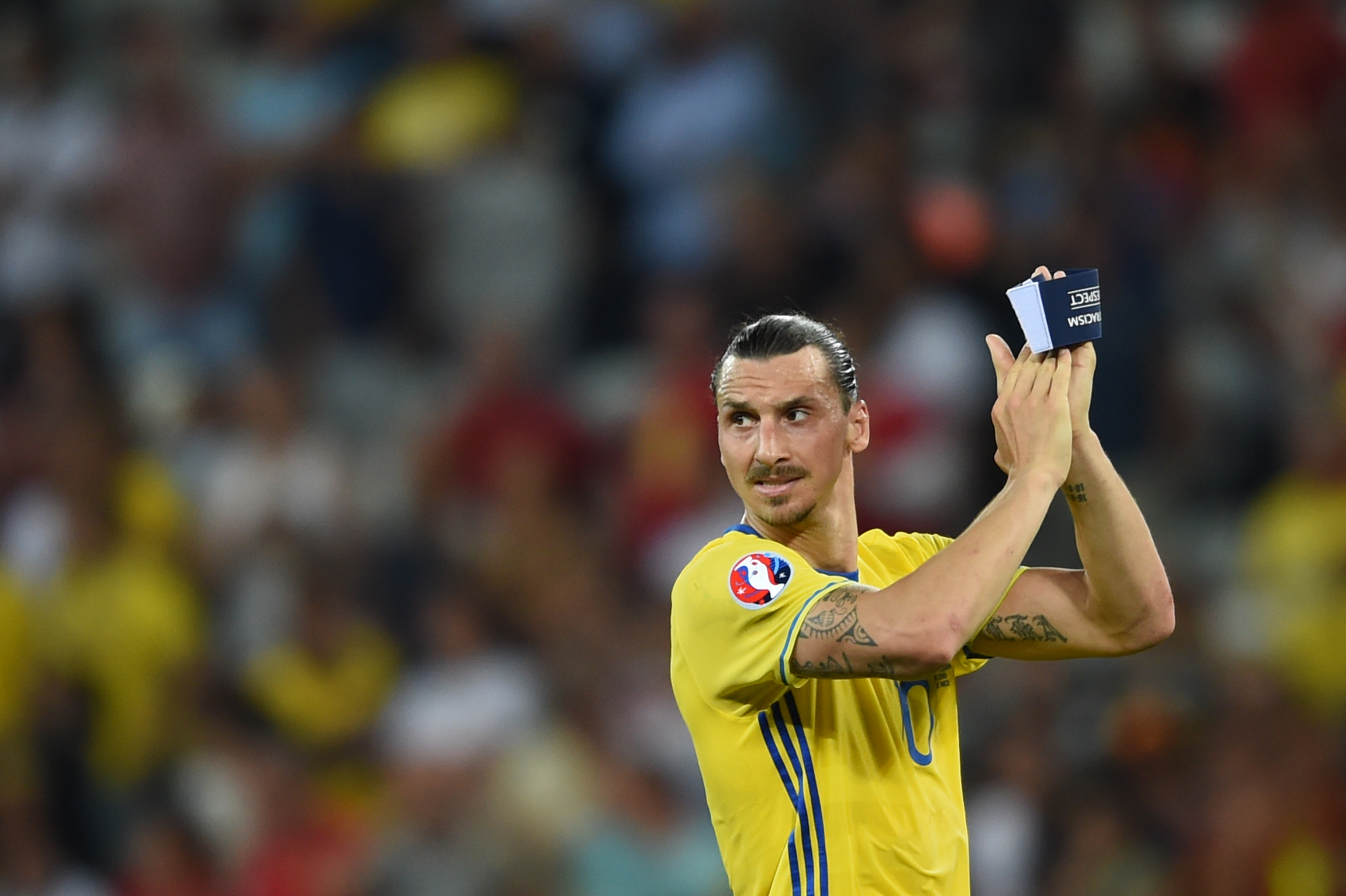 comeback: Could we be seeing Zlatan comeback for 2018? It is unlikely (Getty Images)

Which players could make a late charge for the squad?
Promising centre-forward Kerim Mrabti has a number of backers, while midfielder Kristoffer Olsson is pushing hard, as is winger Sam Larsson.

If Emil Forsberg was injured, could Sweden cope?
No one else is available with his speed and eye for a killer through ball. The only alternative would be Sam Larsson.