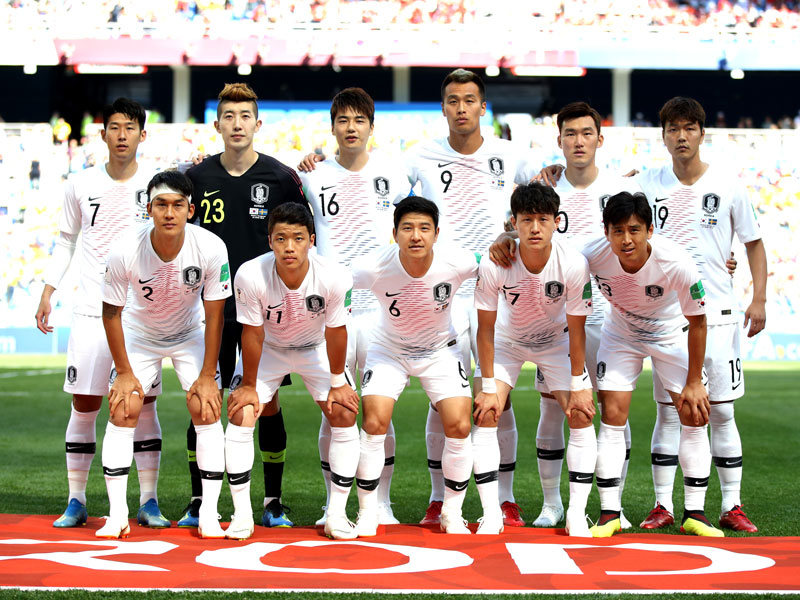 South Korea have been eliminated from the 2018 World Cup

Defending champions Germany crashed out of the knockout stage for the first time in the modern era. Needing to beat already-eliminated South Korea, Joachim Low’s side conceded two stoppage-time goals in humiliating fashion to leave them bottom of the group.

Korea’s deep defence and aggressive organisation restricted Germany’s movement and opportunities in the first half but after the break and on the brink of elimination, Germany pushed forward for what seemed like the inevitable goal. Keeper Cho saved brilliantly from Leon Goretzka’s header, Timo Werner’s volley missed the target, substitute Mario Gomez headed wide and Mats Hummels, unmarked six yards out, headed over.

In stoppage time Korea hit on the break through Kim Young-gwon’s VAR- confirmed goal. Germany’s humiliation was complete when, in the 96th minute and in comical circumstances, with Manuel Neuer pushed up in attack, Son scored a second to spark jubilant Korean celebrations.

It was the first time since 1938 that Germany failed to progress from the group stages.

Germany coach Joachim Low again made changes to his starting team, dropping Thomas Muller, giving Leon Goretzka a first start and surprisingly bringing Sami Khedira back in. The changes had little effect and probably contributed to Germany’s lethargy and lack of cohesion.

After a tough qualifying campaign and some poor results in the World Cup friendlies, South Korea face Sweden in their opening game of the tournament. Match Preview here

South Korea qualified for the 2018 World Cup, but that is about the only positive thing that can be said about the final round of the campaign. In their 10 games the Taeguk Warriors won just four and picked up a single point in five games on the road. That they qualified says as much about the failings of others as it does about Korea.

Nov 2016
Koo Ja-cheol scores with five minutes left to give Korea, smarting from defeat by Iran, a come-from-behind win against Uzbekistan.
Mar 2017
There is massive pressure on coach Uli Stielike after Korea lose in China – a first competitive defeat against their neighbours.
Jun 2017
Stielike is fired after Korea lose 3-2 to bottom team Qatar, in which serious injuries to Son Heung-min and Ki Sung-yeung make matters worse.
Sep 2017
Under new coach Shin Tae-yong, Korea have to win in Uzbekistan, but they draw 0-0. The players wait on pitch for news that Syria haven’t won in Iran before the celebrations can begin.

South Korea are the final team in Group alongside Germany, Mexico, and Sweden.

South Korea played several friendlies at the start of 2018. First, they beat Moldova, and then drew with Jamaica at the end of January. Then on the 3rd of February they beat Latvia. On March 24th they then lost to Northern Ireland 2-1, and Poland 3-2. Then in May and June they beat Honduras, lost to Bosnia-Herzegovina, drew with Bolivia, and then lost to Senegal on the 11th.

South Korea kick off their World Cup against Sweden on the 18th of June, followed by Mexico five days later. They then play against Mats Hummels, Thomas Muller and Germany on the 27th.

Shin Tae-yong, age 48 (11.04.69)
A tough-tackling midfielder who led Seongnam Ilhwa Chunma to victory in the 2010 Asian Champions League after retiring. In charge of Korea’s team at the 2016 Olympics and the 2017 Under-20 World Cup – tournaments that started well before ending in disappointment. 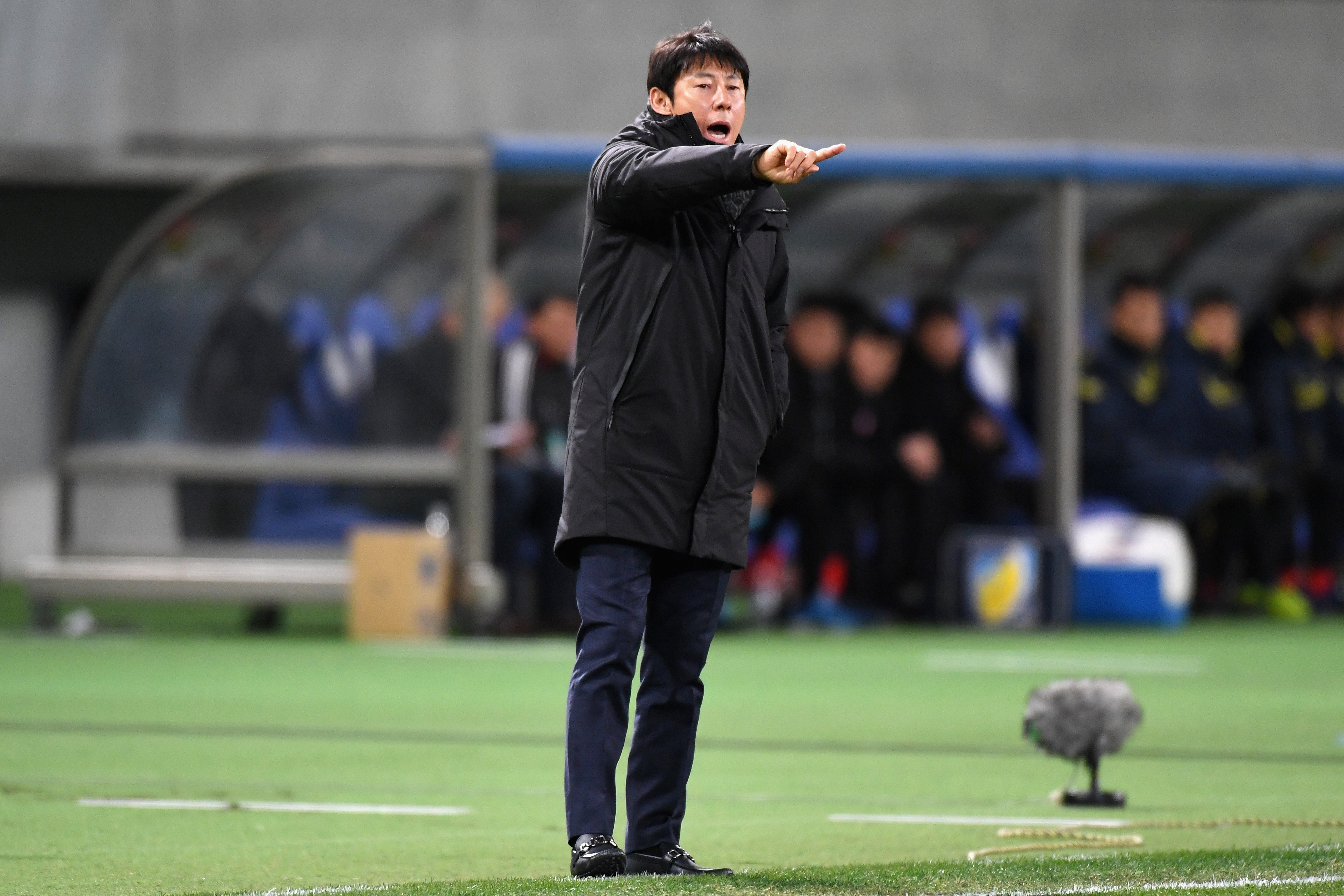 Under Pressure: Tae-yong started well, but a recent run of poor results could end up in him being sacked (Getty Images)

The Players
Star
Son Heung-min is the focus of the team’s attacking efforts.
Stalwarts
Approaching 100 caps, midfielder Ki Sung-yeung is a calming influence. Koo Ja-cheol offers aggression and goals from midfield when fit.
Missing
Lee Chung-yong didn’t appear in any qualifiers this year as a lack of playing time with Crystal Palace in England hurt his chances.
Debut
There are high hopes for busy striker Hwang Hee-chan who has settled into life in Europe with Red Bull Salzburg.

Park Joo-ho went down with a hamstring injury. 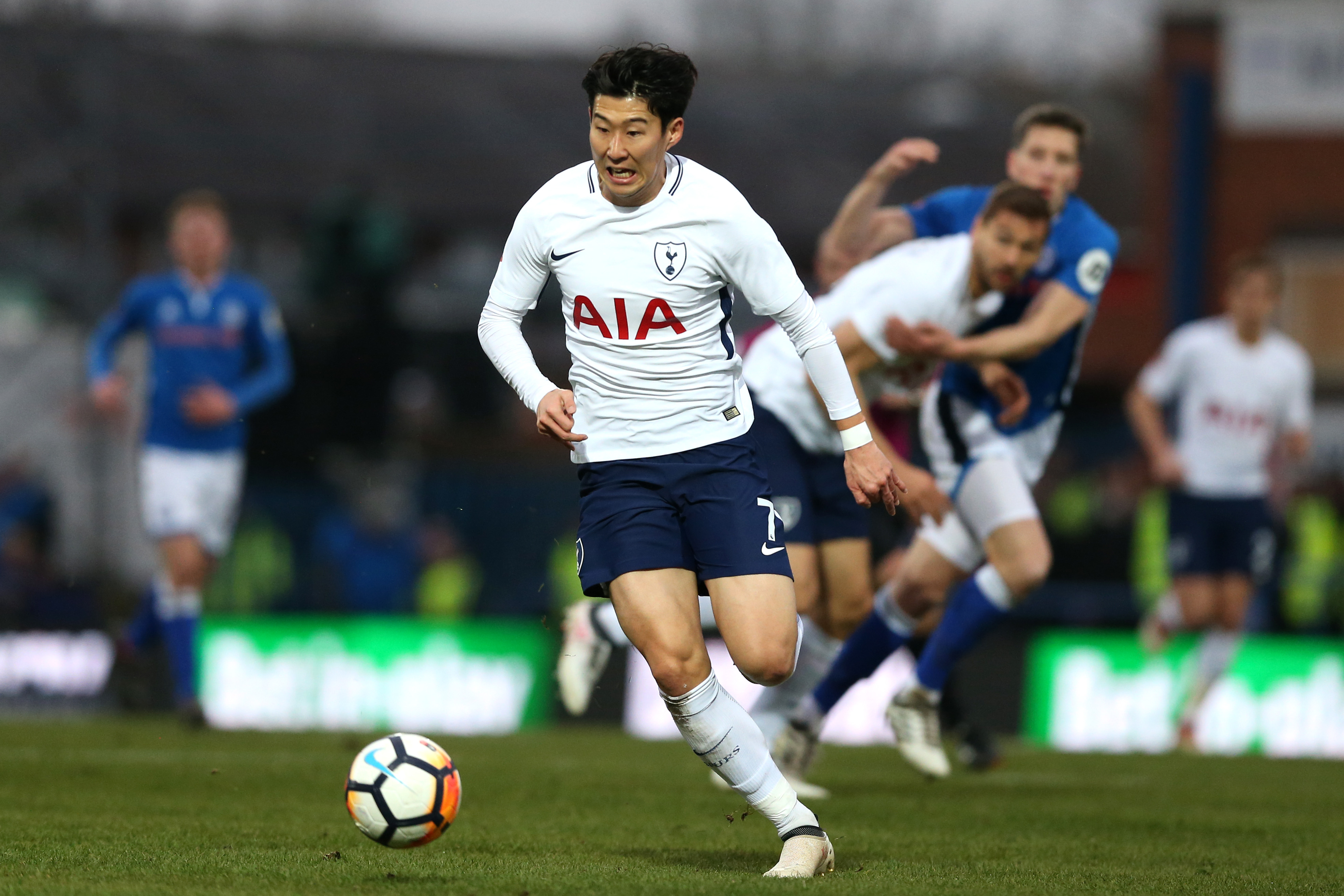 Who will be in charge?
Ever since qualification was achieved there have been rumours of Guus Hiddink making a return – and they have been favourably received by most of the public. The Dutchman is highly unlikely to return, but Shin Tae-yong will be under pressure if poor results continue. 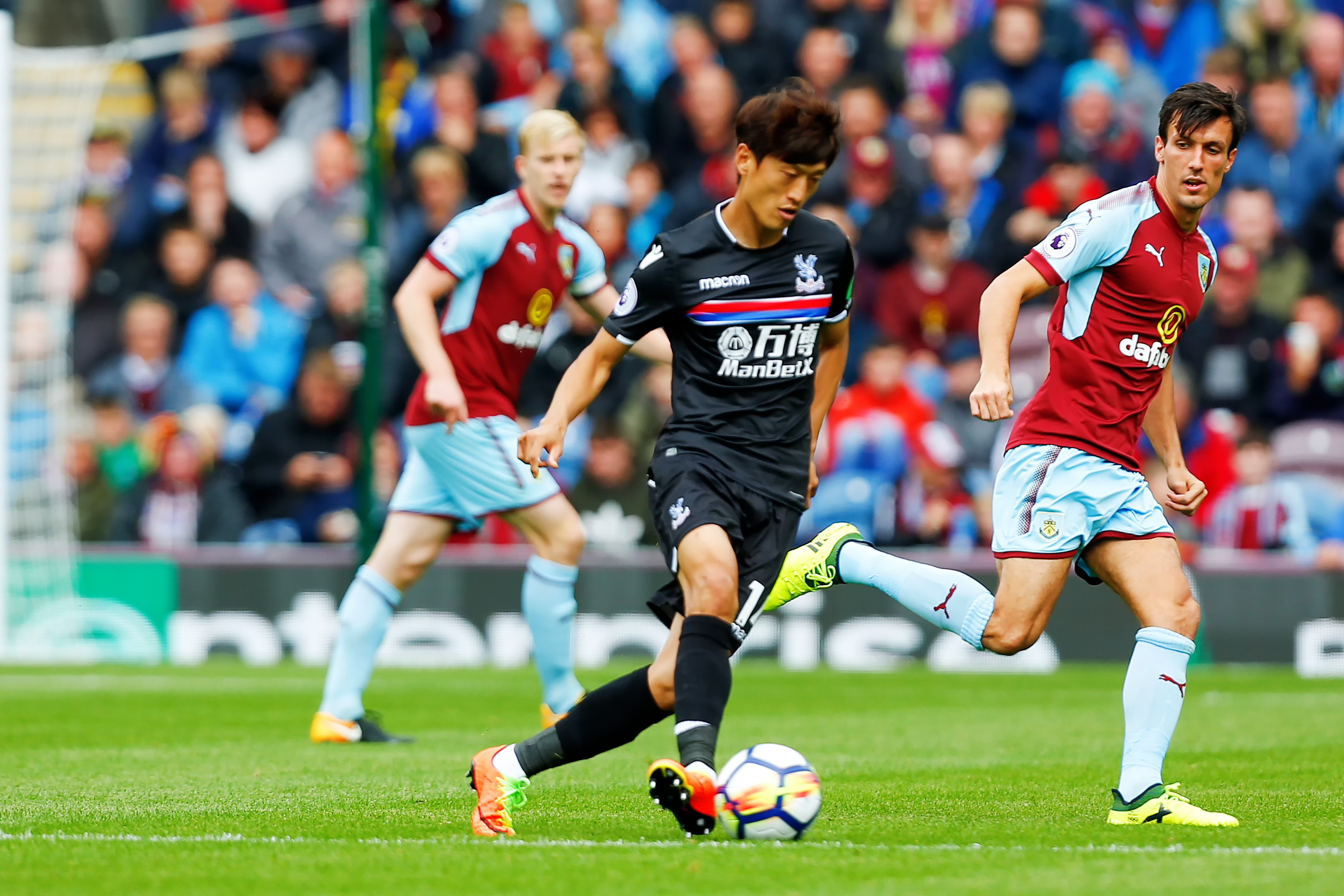 Playing Time: Lee Chung-yong will need to play more for Crystal Palace if he is to play in Russia (Getty Images)

Will the European-based players get more games with their club sides?
The likes of Lee Chung-yong at Crystal Palace and Ji Dong-won at Augsburg have not appeared much this season and they will need more playing time with their club sides if they are to make the plane to Russia.

Will Toni Grande make a difference?
With many thinking there was a need for some foreign knowhow, former Spain and Real Madrid number two Toni Grande was appointed as assistant in November. And he has much work to do.