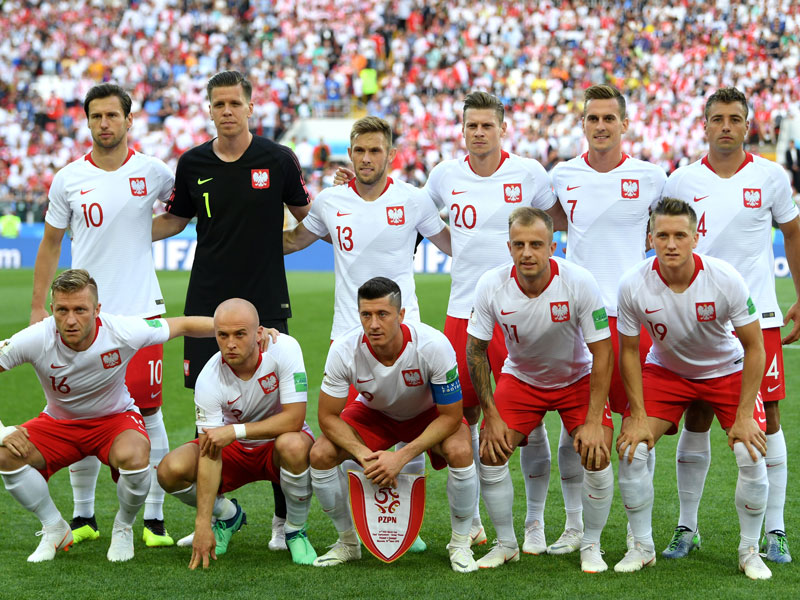 Poland have been eliminated from the 2018 World Cup.

Japan lost their final group game to Poland and scraped into the knockout stages by the slimmest of margins, edging out Senegal by virtue of having collected fewer yellow cards.

A draw would been enough for Japan to qualify but Poland, bolstered by centre-back Kamil Glik’s return to the starting line-up, were a much stronger prospect than in their first two games.

Eiji Kawashima produced a brilliant save to palm away Kamil Grosicki’s header from the line but he was powerless to prevent Jan Bednarek volleying home from close range for the game’s only goal.

Japan coach made six changes to his starting line-up and the alterations upset the balance of the team.

Colombia refound their attacking mojo to send Poland crashing out of the tournament. James Rodriguez, returning to the starting line-up after injury limited his role in the opening-game defeat to Japan, set up Colombia’s first and third goals. Poland were cut apart on a number of occasions while talismanic striker Robert Lewandowski failed to provide the leadership they needed.

Radamel Falcao scored his first World Cup goal at the age of 32.

Both teams made four changes to their starting line-ups. While Colombia coach Jose Pekerman found space to deploy two playmakers in James Rodroguez and Juan Quintero, Poland’s Adam Nawalka’s changes – a switch to a back three – merely confused his players.

Sixteen years on from their last World Cup appearance, Senegal once again sprung a surprise, beating a disappointing Polish side, albeit with a large dose of controversy for the winning goal.

Senegal made a lively start, enjoying a lot of possession without threatening Poland’s goal. But their forward-thinking approach, with Liverpool’s Sadio Mane prompting from midfield, was rewarded by the opening goal from Idrissa Gueye, whose shot deflected off a Polish defender.

Poland’s defence had been weakened by the absence of the injured Kamil Glik and their reshuffled defence struggled to cope. Robert Lewandowski tried to lead a Polish fightback in the second half but a calamitous second goal killed off Polish hopes.

Krychowiak partly atoned for a crucial error by heading Poland back into the game with minutes remaining. But Senegal held out for Africa’s first victory of the tournament.

Jakub Blaszczykowski made his 100th appearance for Poland but was forced off by injury at half-time.

Poland were unhappy at Senegal’s second and winning goal. Niang was being waived back on the pitch by the referee and fourth official after treatment for injury when Krychowiak played the ball back without noticing Niang’s re-appearance on the pitch. The Senegalese forward was able to run the ball into an empty net.

Back at the World Cup finals after a 12-year absence, expectations are high after the euphoria of reaching the Euro quarter-finals in France last year. However, September’s 4-0 loss to Denmark – Poland’s worst defeat in a competitive game for 15 years – and a total of 14 goals conceded in qualifying (the most of any team finishing in the top two in a European group) provide a dose of realism.

Oct 2016
After a 2-2 draw in Kazakhstan, things get back on track with wins over Denmark and Armenia.
Mar 2017
A 2-1 victory in Montenegro puts Poland top of their qualifying group at the halfway stage.
Sep 2017
A 4-0 loss to Denmark reduces their lead at the top to three points with three games to play.
Oct 2017
Two late goals secure a 4-2 win at home to Montenegro and confirm Poland as group E winners.

Poland are in group H alongside Senegal, Colombia and Japan.

Poland kick off their World Cup campaign against Senegal on the 19th of June. Colombia follow on the 24th, and then Japan on the 28th.

Adam Nawalka, age 60 (23.10.57)
Appointed in October 2013 and on a contract until the end of the finals. Leo Beenhakker’s assistant for a year when the national team qualified for Euro 2008, his biggest solo successes have been winning the Polish title with Wisla Krakow and guiding the national side to the knockout stage of Euro 2016. A former midfielder with Wisla, he played for Poland at the 1978 finals. 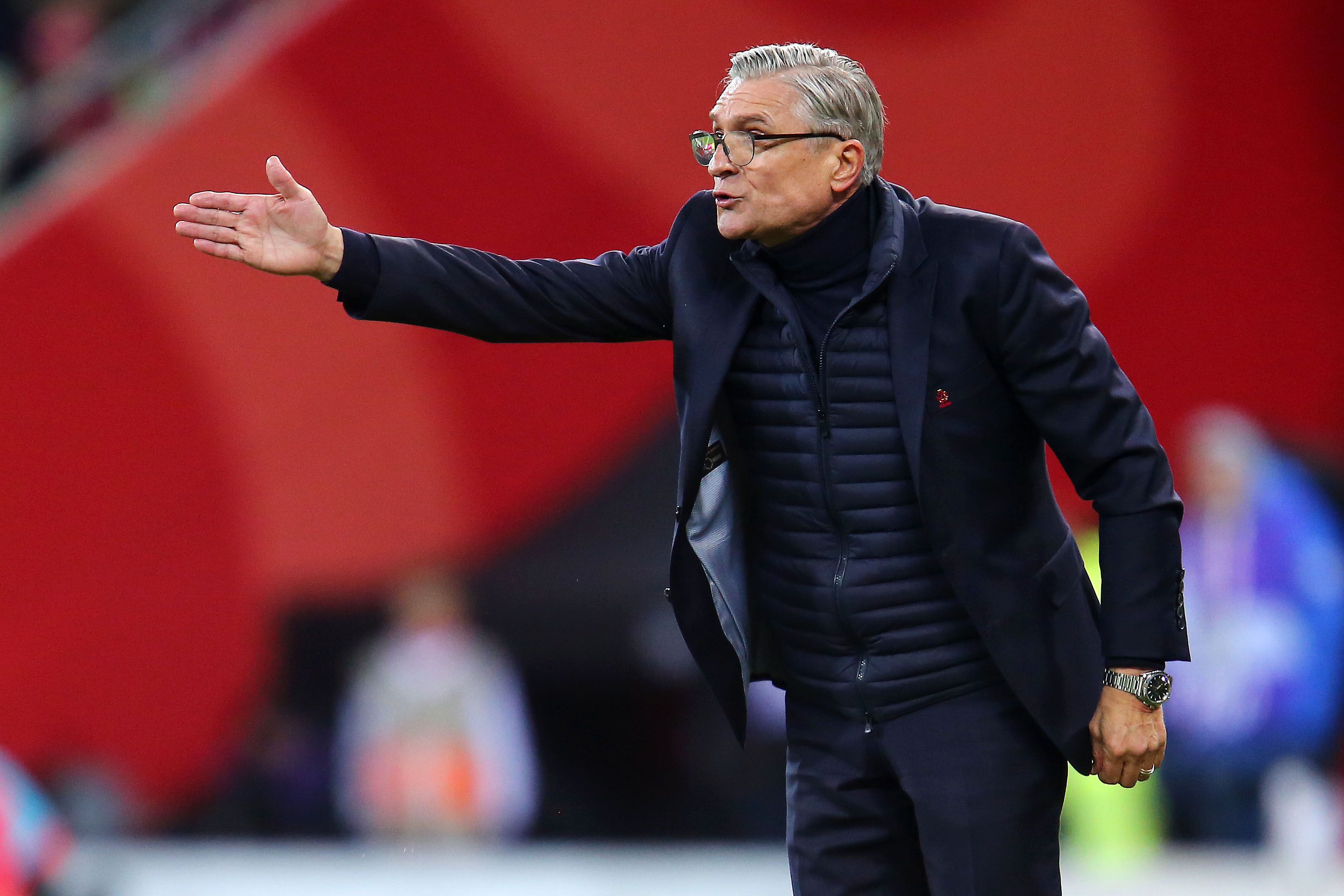 Ending Contract: Nawalka’s contract finishes at the end of the tournament, so will be looking to go out with a bang (Getty Images)

The Players
Stars
Robert Lewandowski confirmed his world-class ability as the top scorer in the qualifying campaign with 16 goals.
Stalwarts
Centre-back Kamil Glik was a rock at the heart of the defence, while right-back Lukasz Piszczek showed his potential in attack by scoring the winner against Montenegro in March. Playmaker Piotr Zielinski has become a key performer for the team.
Missing
Midfielder Bartosz Kapustka, once described as the country’s most promising youngster, was not called up for a year as he was not playing regular club football at Leicester City and then Freiburg. Arkadiusz Milik missed much of the campaign through injury.
Debuts
Striker Kamil Wilczek played against Armenia, while midfielder Maciej Makuszewski got a game away to Denmark. Defender Jan Bednarek won his first cap at home to Kazakhstan.

We will update you with all the injuries here. 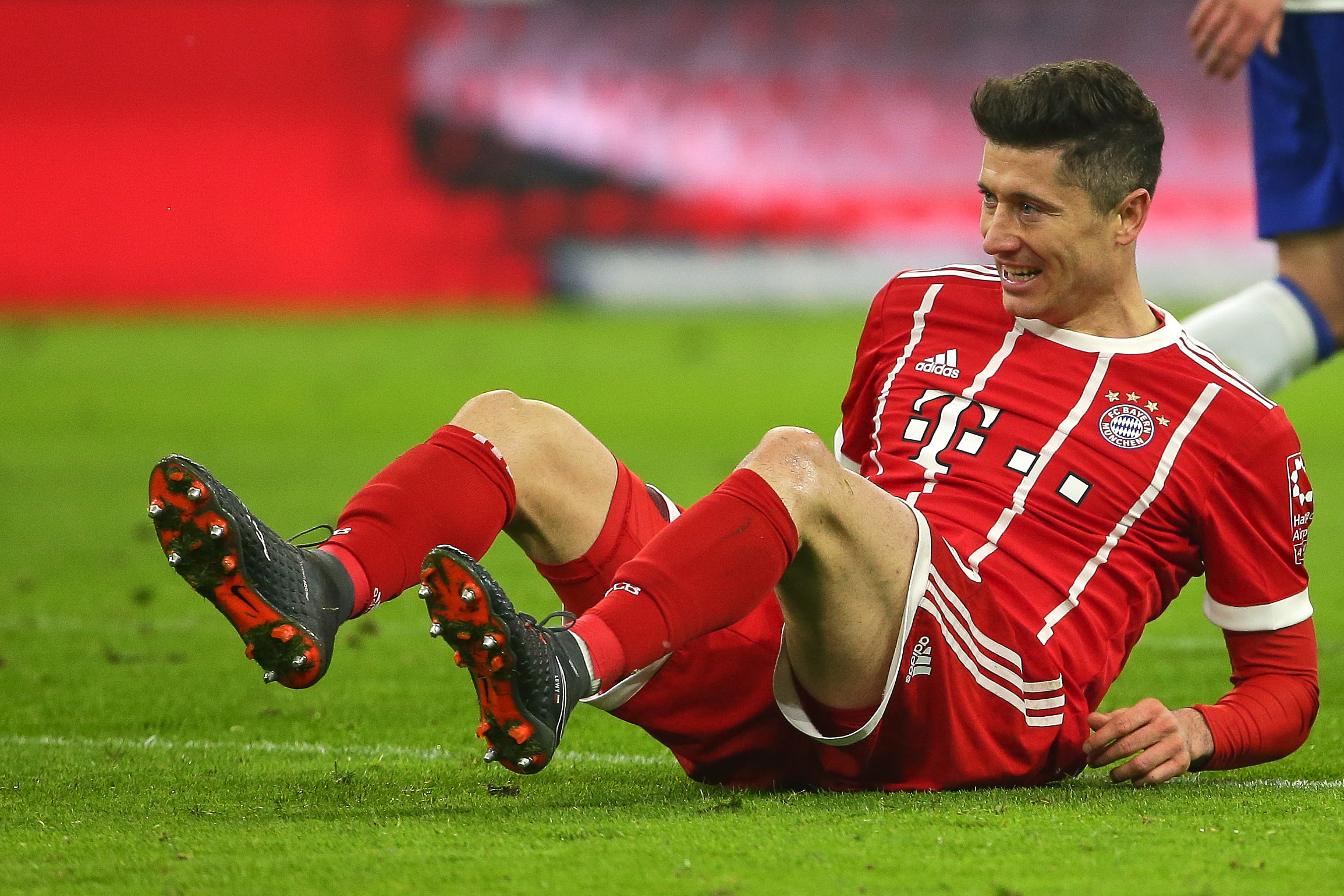 On Fire: Lewandowski scored 16 goals during the qualifying campaign, 13 more than anyone else in the team (Getty Images)

Who would replace Robert Lewandowski if he gets injured?
Quite simply, there is no such player. The Bayern Munich striker was out with a muscle injury in October but this was later found to be due to exhaustion. Poland will need him fully fit in the summer.

Who will play at left-back?
Like his predecessors as coach, Nawalka is still looking for a natural left-footed player for what has been a problem position for some time. The likeliest candidate at the moment would seem to be Sampdoria’s right-back Bartosz Bereszynski. 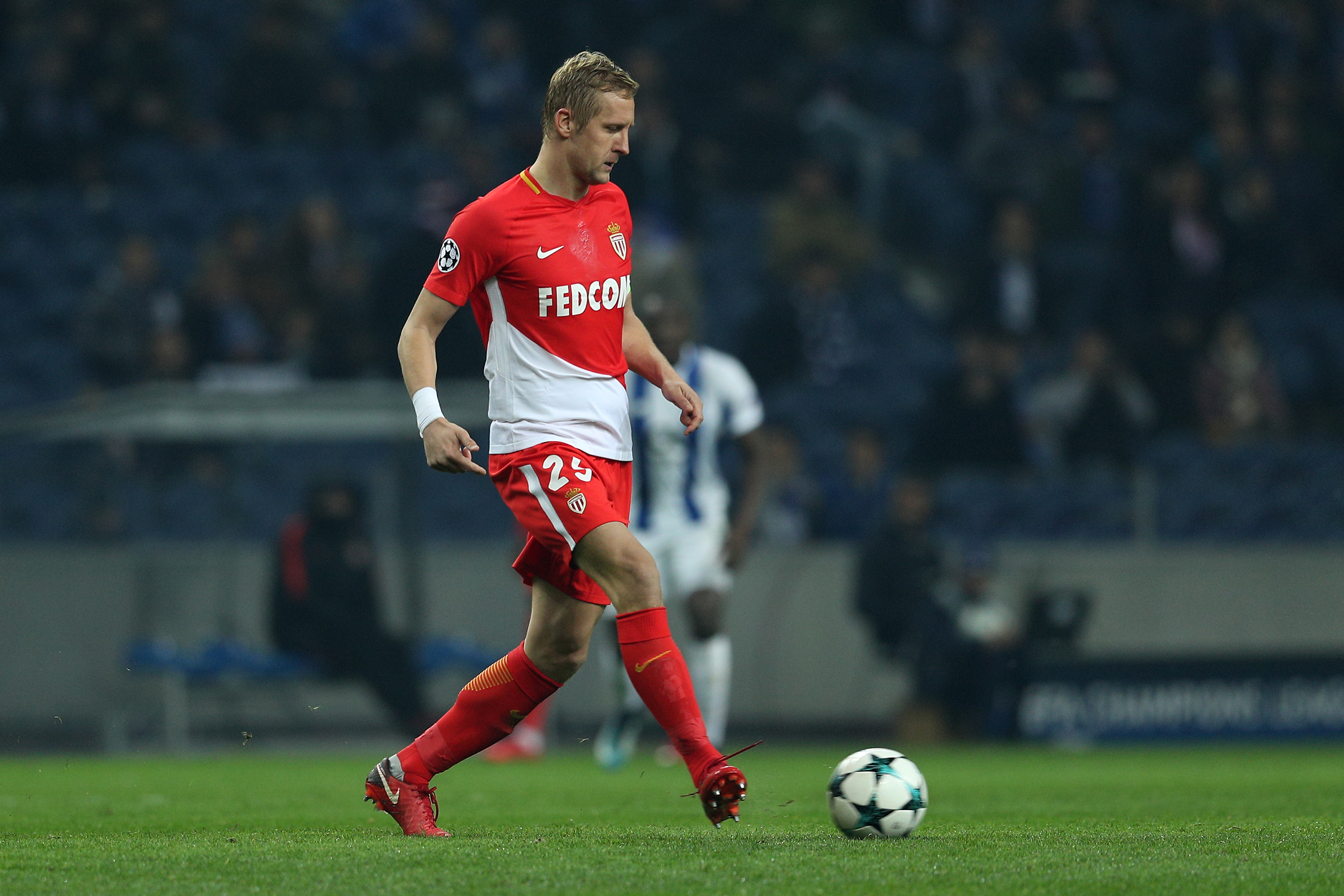 Rock: Glik acts as the rock of the Polish defence, but it still is a problem (Getty Images)

Will Nawalka introduce a new playing system?
Instead of going with his favoured 4-2-3-1 or 4-4-2 set-up, he tried out a new 3-5-2 formation in November’s friendlies against Uruguay and Mexico. It is, however, too early to say whether he will use this system in Russia.

Are there likely to be any late additions to the squad for Russia?
After the last qualifier against Macedonia, Robert Lewandowski said “the team needs new blood”. But despite the coaching staff regularly monitoring a few dozen potential candidates there is a big problem with finding real replacements who are ready to play at international level. The squad’s lack of depth may be the team’s biggest problem.