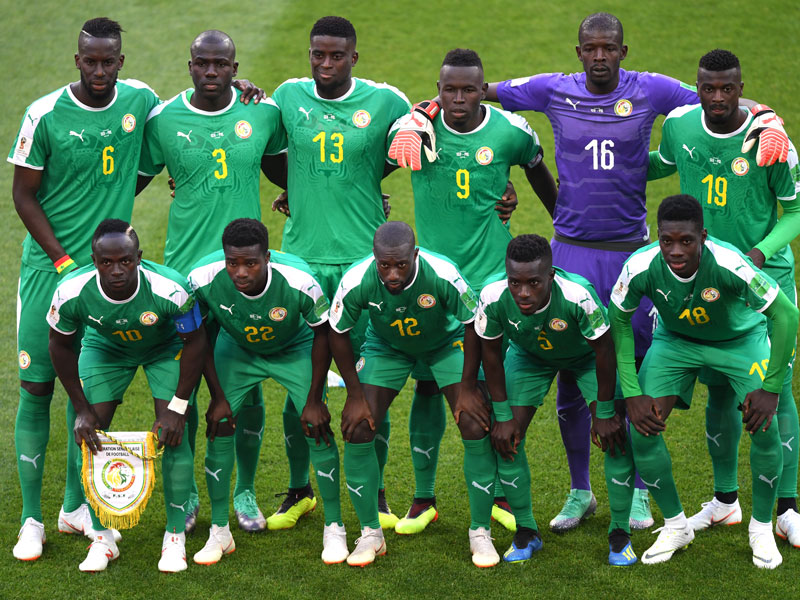 Senegal have been eliminated from the 2018 World Cup.

Colombia qualified for the last 16 as group winner after Yerry Mina’s headed goal was enough to beat Senegal, who became the first team in World Cup history to be knocked out on fairplay rules.

They were the brighter team against Colombia, though they rightly had a penalty appeal rejected by VAR after Davinson Sanchez’s challenge on Sadio Mane.

Colombia, with Radamel Falcao isolated and unfit James Rodriguez taken off after half an hour, struggled to get a foothold in the game. Their goal, from a corner, was their only attempt on target in the game.

Colombia did not have a single touch in the opposition area during the first half.

Senegal were trying to make a substitution as the corner was taken for Colombia’s goal. Moussa Wague replaced Youssouf Sabaly but did not make it to the penalty area in time to join the defence.

Japan and Senegal shared the spoils after a tight contest saw both sides show both their attacking qualities and defensive frailties.

Senegal made a strong start and took the lead through Sadio Mane but their concentration levels dropped and Takeshi Inui equalised.

Japan were the better team in the second half but could not take advantage: Yuya Osako missed an open goal and Inui hit the crossbar. They were punished when Senegal scored a second goal through Moussa Wague but poor goalkeeping allowed Japan to grab a second equaliser

For all the talk of the attacking threat pose by Sadio Mane, Senegal’s best attacks came from their full-backs. Youssouf Sabaly and Moussa Wague combined for Senegal’s second goal, when Wague became the youngest African goalscorer at a World Cup.

Sixteen years on from their last World Cup appearance, Senegal once again sprung a surprise, beating a disappointing Polish side, albeit with a large dose of controversy for the winning goal.

Senegal made a lively start, enjoying a lot of possession without threatening Poland’s goal. But their forward-thinking approach, with Liverpool’s Sadio Mane prompting from midfield, was rewarded by the opening goal from Idrissa Gueye, whose shot deflected off a Polish defender.

Poland’s defence had been weakened by the absence of the injured Kamil Glik and their reshuffled defence struggled to cope. Robert Lewandowski tried to lead a Polish fightback in the second half but a calamitous second goal killed off Polish hopes.

Krychowiak partly atoned for a crucial error by heading Poland back into the game with minutes remaining. But Senegal held out for Africa’s first victory of the tournament.

Jakub Blaszczykowski made his 100th appearance for Poland but was forced off by injury at half-time.

Poland were unhappy at Senegal’s second and winning goal. Niang was being waived back on the pitch by the referee and fourth official after treatment for injury when Krychowiak played the ball back without noticing Niang’s re-appearance on the pitch. The Senegalese forward was able to run the ball into an empty net.

Senegal are back at the World Cup for a second time, after becoming only the second African country to reach the quarter-finals when Japan and South Korea co-hosted in 2002. Drawing his side from a large number of players with clubs in Europe, coach Aliou Cisse – who was captain of the 2002 team – has put together a formidable squad.

Nov 2015
Two goals down after an hour of the first leg of their preliminary round tie in Madagascar, Senegal are flirting with shock elimination until they come back to draw the game and then win 5-2 on aggregate.
Nov 2016
A 2-1 loss in South Africa sees Senegal submit a protest to FIFA over the officiating as Ghanaian ref Joseph Lamptey awards the hosts a dubious penalty.
Mar 2017
Lamptey is found to have manipulated the South Africa result and is banned for life.
Sep 2017
After home and away draws against Burkina Faso, FIFA order the disputed South Africa game from November 2016 to be replayed.
Nov 2017
Back in South Africa, Sadio Mane is the talisman as Senegal win the replayed match 2-0 and secure qualification with a game to spare.

Senegal are in Group H alongside Poland, Colombia and Japan.

On the 23rd and 27th of March Senegal drew with Uzbekistan and Bosnia-Herzegovina. They then drew against Luxembourg on the 31st of May. In their penultimate warm-up game they lost to Croatia and finally they beat  South Korea on the 11th.

Senegal open their World Cup account against arguably the toughest team in the group, Poland. Five days later Japan follow, and then finally Colombia are their opponents on the 28th.

Aliou Cisse, age 41 (24.03.76)
Took over from Alain Giresse as coach in March 2015, having been captain of the team for Senegal’s previous World Cup appearance. After finishing his playing career, he went home to work with the Senegal Football Federation and was on the staff of the under-23 side that participated at the men’s football tournament at the London Olympics. 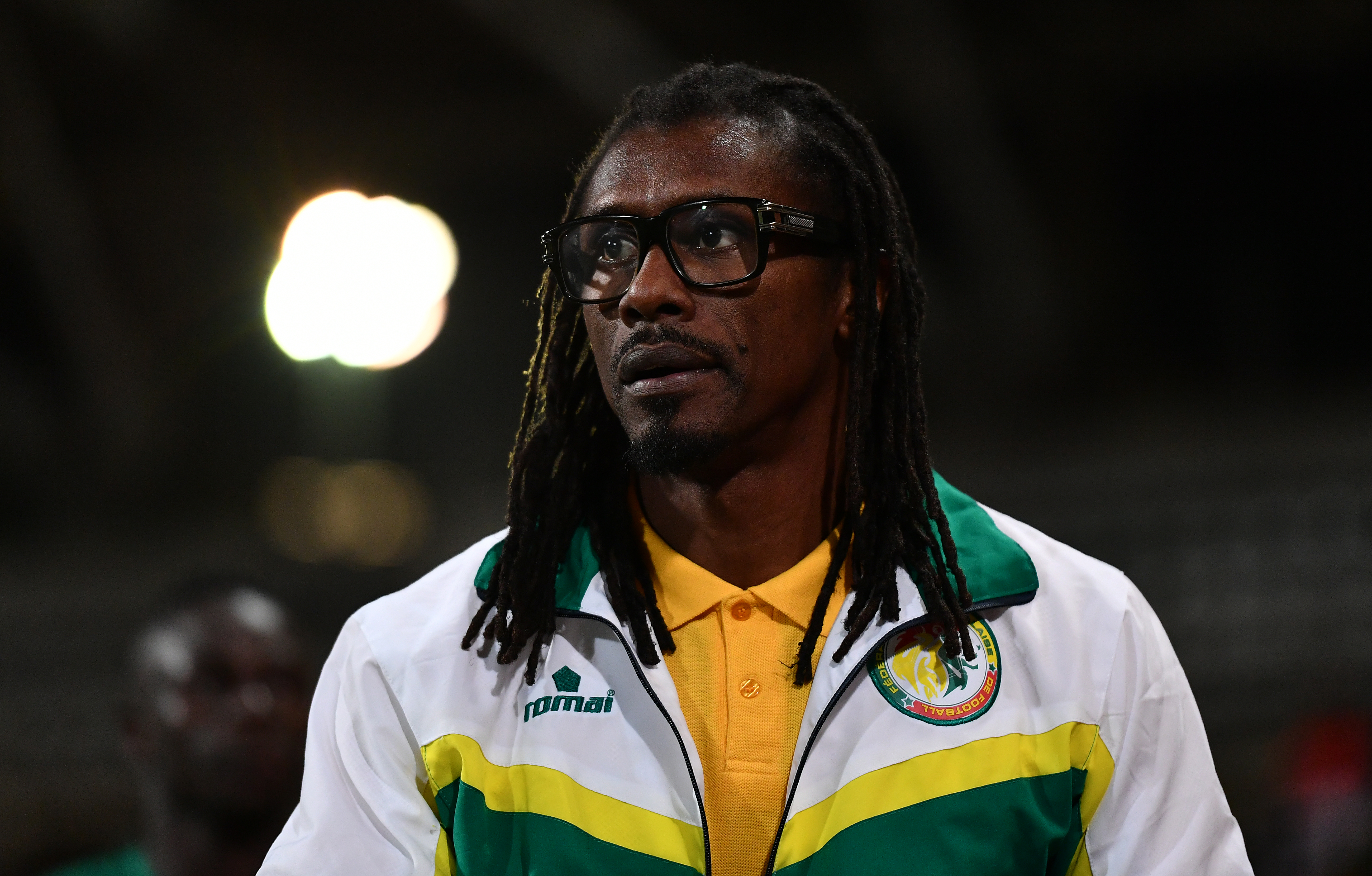 2002: Cisse was the coach during the 2002 tournament where Senegal famously beat France (Getty Images)

The Players
Stars
Sadio Mane and Kalidou Koulibaly are among the best African players in Europe and are crucial to the Senegal cause. Koulibaly controls the defence line while Mane lifts the side to a higher level in attack.
Stalwarts
Idrissa Gueye and Cheikhou Kouyate are midfielders who provide the back bone of the team.
Missing
Mame Biriam Diouf lost his place through injury in the middle of the year and has not been recalled since.
Debuts
Former French under-21 international Mbaye Niang has now won three caps for Senegal.

Saliou Cisse is out of the World Cup. 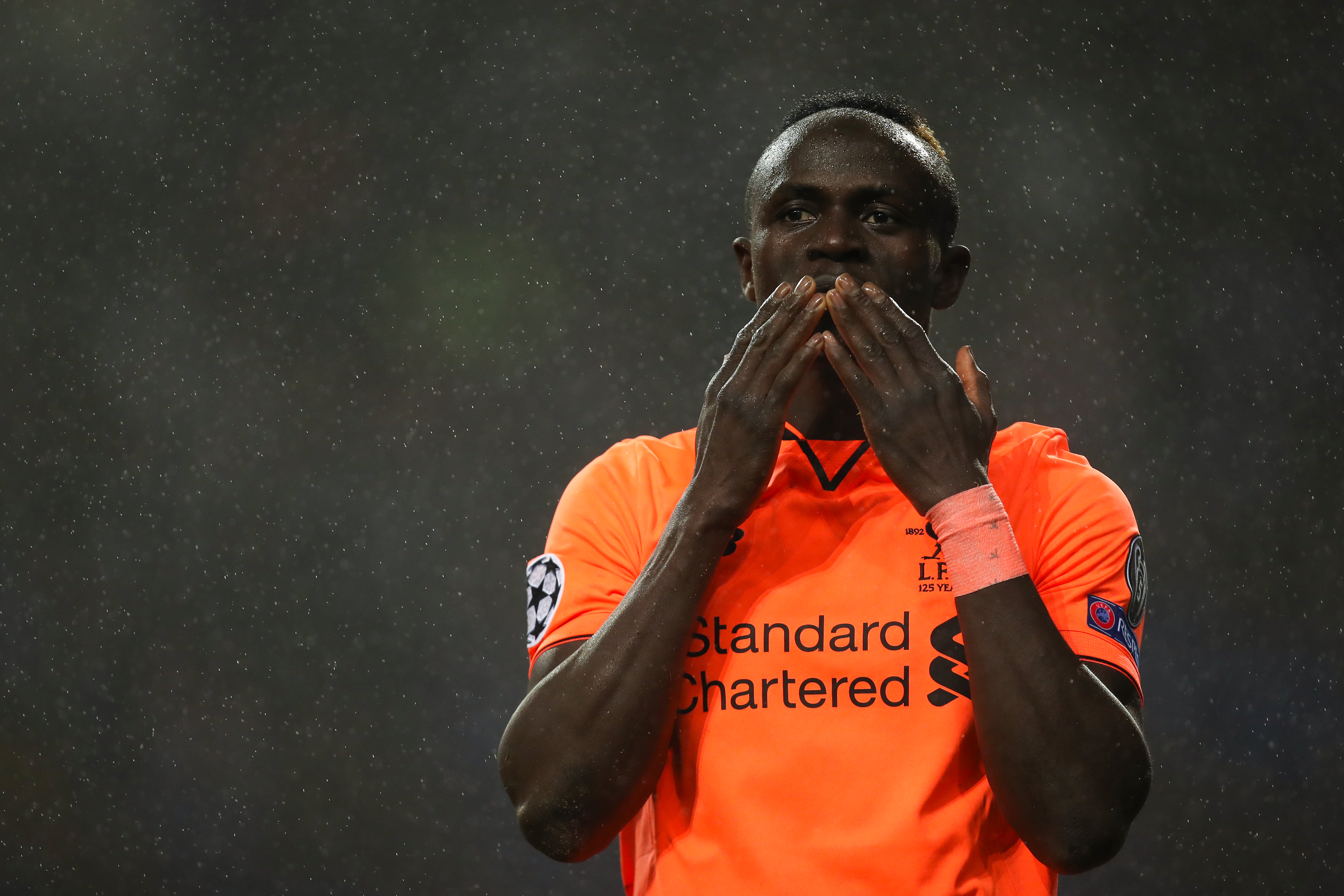 Will Sadio Mane’s hamstring hold out in the finals?
If it does not, it will be a big blow to Senegal. However, Liverpool have had a physio travelling with the striker for several recent internationals in Africa to help him to keep properly in shape.

Can Senegal upset some big names, as they did in 2002?
They are the one African side with the potential to shake things up in Russia in much the same way they did in Seoul, when they beat France before going on to reach the quarter-finals. 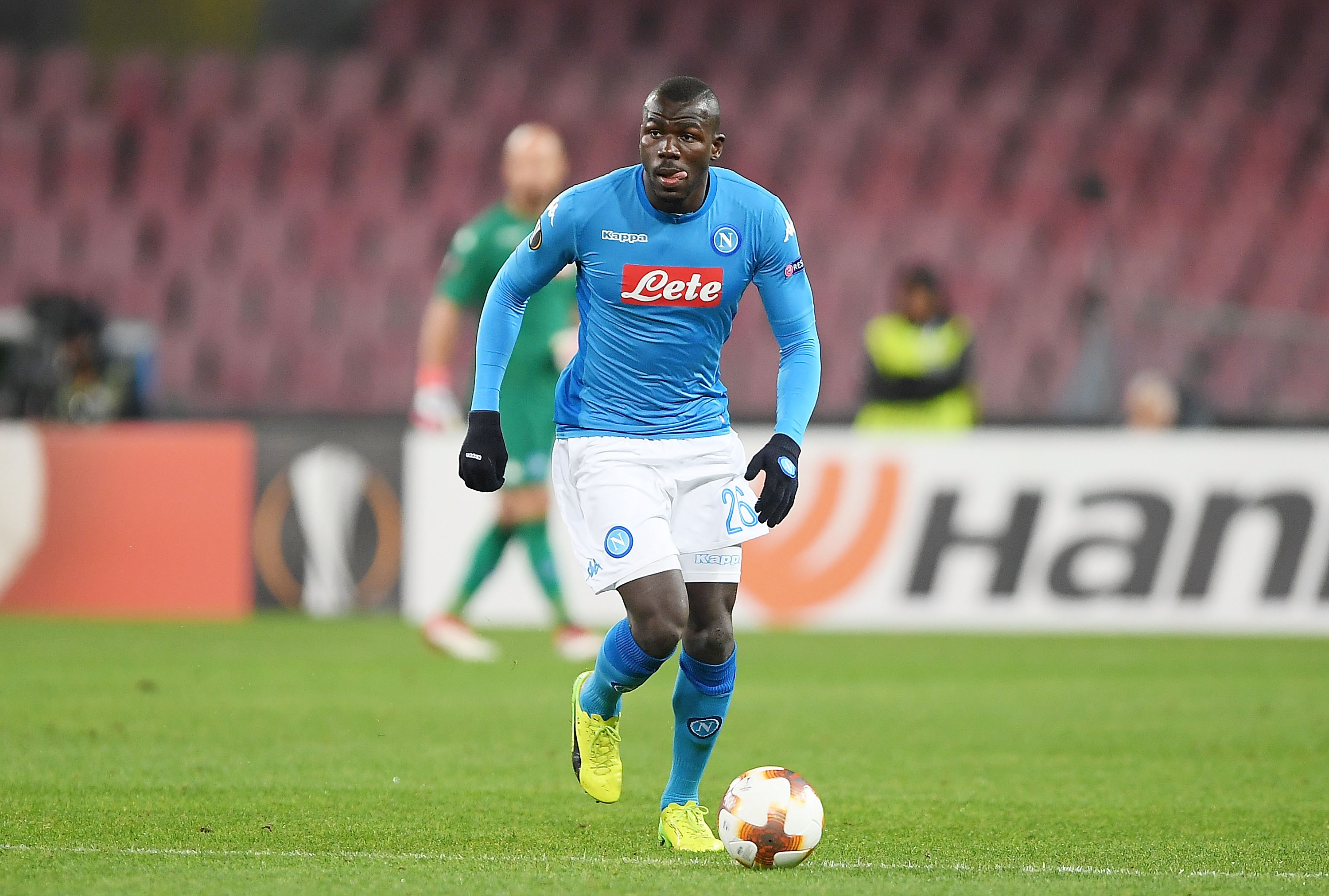 Will any locally-based players make Aliou Cisse’s squad?
Last time Senegal went to the World Cup, 21 of the 23-man squad were based at French clubs, with one from a Moroccan side and the other at Dakar-based Jeanne d’Arc. This time the players are spread out across Europe, the Middle East and even the USA, but there are no candidates from the domestic league.

Will the team’s physical strength be an advantage?
While the pace and finishing prowess of Sadio Mane is Senegal’s biggest threat, they also scored several goals from set-pieces in the qualifying campaign and will look to capitalise on such situations again. They will flood the opposing penalty area at every opportunity and try to capitalise on their height and strength.