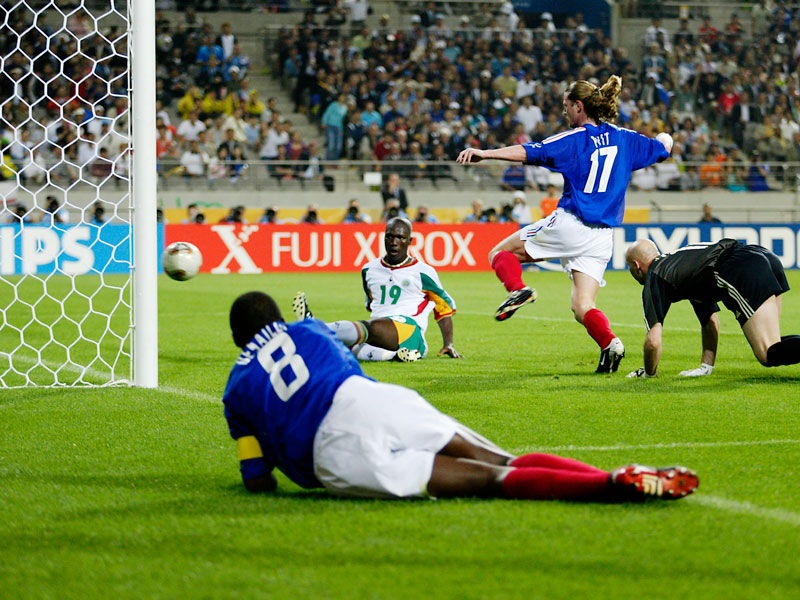 The football World Cup has produced some amazing moments throughout its history, including some of the greatest shocks to ever happen in the sport. We take a look at 10 of the most unexpected and shocking results ever in the tournament.

Without further ado in no particular order.

The first semi-final in 2014 featured hosts Brazil and Germany. Brazil were without Neymar and Thiago Silva, but it was still expected to be a tight affair. But after 30 minutes, the tie was over. Germany were utterly rampant with Thomas Muller opening the scoring on 11 minutes. Then, from the 23rd to 29th minute, Germany scored four more goals to be 5-0 up after half an hour. No one in the stadium or watching on television could believe what they were watching, and it was hard to decipher if Germany were good, or Brazils defending was atrociously bad. We suspect it was both.

Andre Schurrle would later come on after 58 minutes, and scored twice. Oscar scored on the 90th minute to save Brazil some embarrassment. This was the biggest loss for Brazil since 1920, and the game saw Miroslav Klose become the most prolific World Cup goalscorer ever with 16. 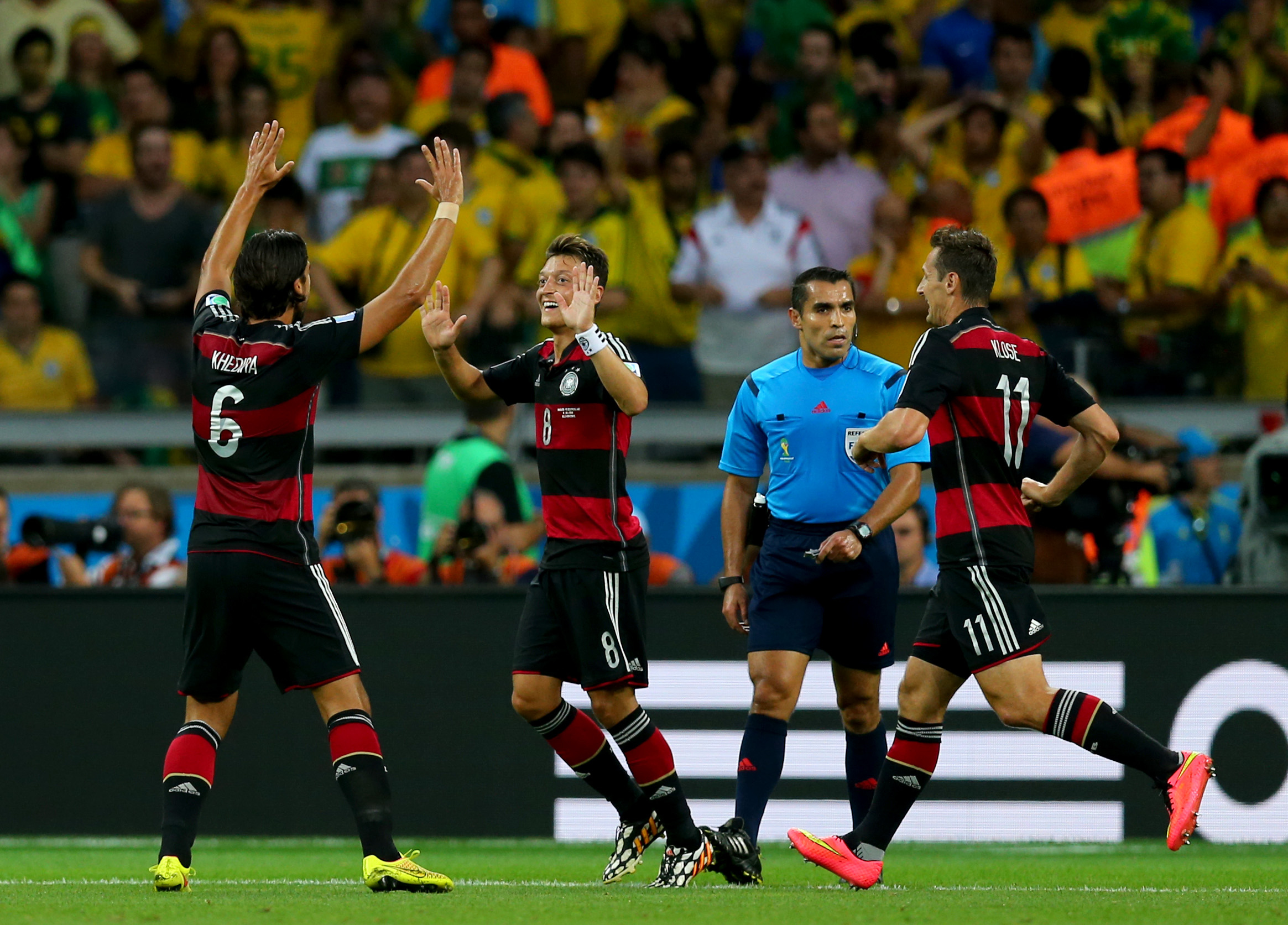 Spain were the defending champions, and the nucleus of their 2010 World Cup winning side continued to play in 2014. One of the favourites for the tournament, their first game was against an uninspired Netherlands side. After Xabi Alonso’s 27th minute penalty, Spain were expected to go from strength to strength, but this was not the case. Robin Van Persie scored in the 44th minute to go into half-time at 1-1.

A tense affair was on the cards, but the Netherlands won the second half by four goals with Van Persie picking up another, Arjen Robben grabbed a brace, and Stefan de Vrij also got on the scoresheet.

France were the defending champions, and even without an injured Zinedine Zidane, they were expected to feature heavily at the 2002 tournament in Korea and Japan. But in the very first game of the tournament, Senegal and Man of the Match El Hadji Diouf pulled off one of the greatest shocks ever winning 1-0 with a goal from Papa Boupa Diop. France would go on to come bottom of their group, whereas Senegal lost to Turkey in the quarter-finals. 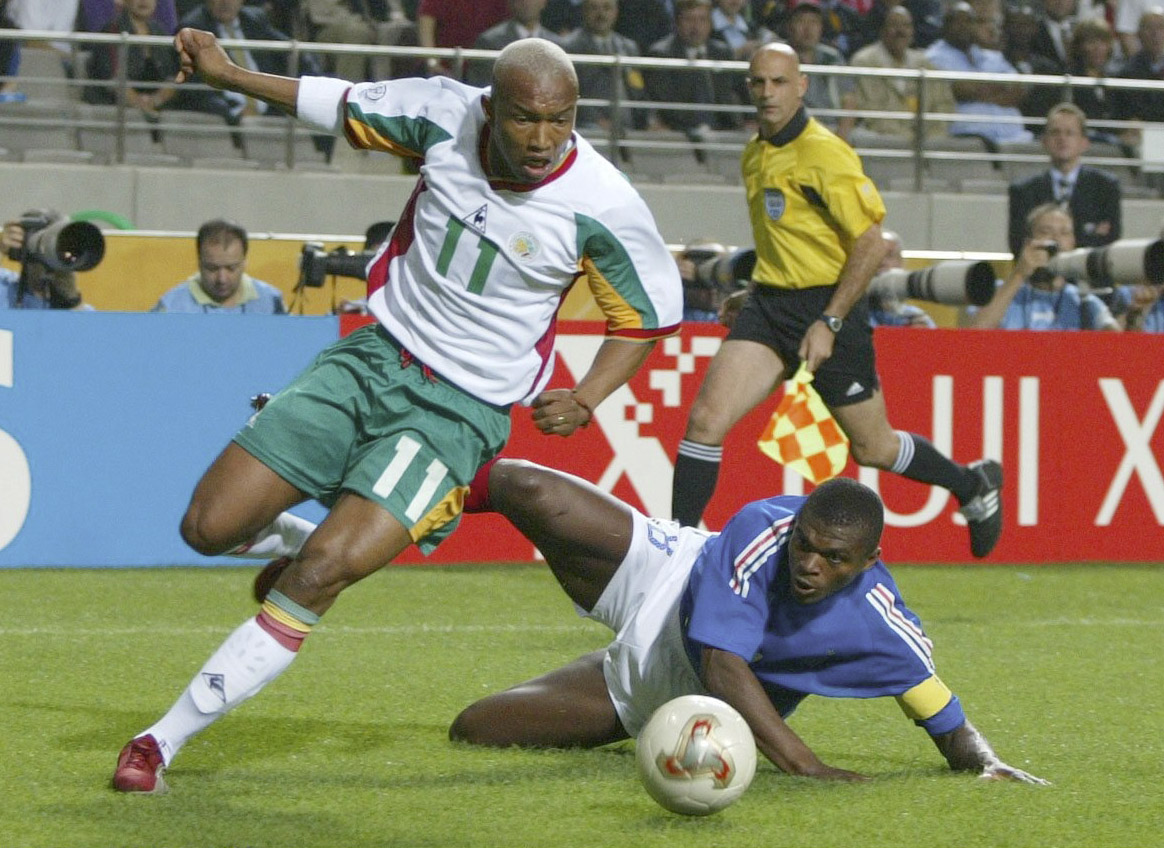 Diouf takes it past Desailly in 2002. He would be Man of the Match (Getty Images)

Italy was a World Cup juggernaut looking to get into another World Cup quarter final. South Korea was one of the hosts who no one expected to be there or get any further. Christian Vieri’s goal in the 18th minute suggested the result would be going the Azzurri‘s way, but Seoul Ki-hyeon equalised in the 88th minute to force extra-time.

Then Francesco Totti gets red-carded, and Ahn Jun-hwan, who had missed a penalty in the 4th minute, scores the winning golden goal in the 117th minute. South Korea would go on to come fourth in the tournament. 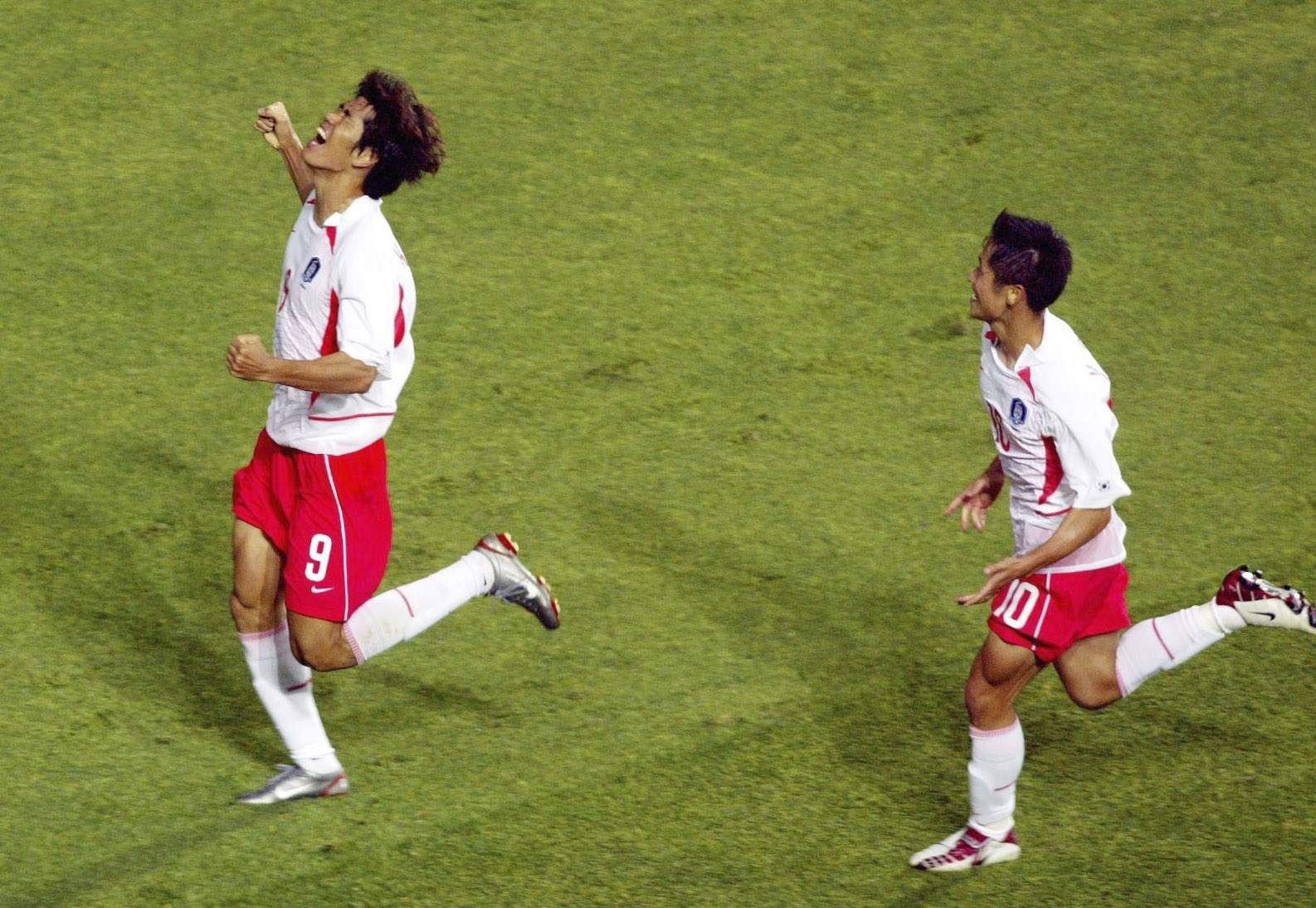 Like France in 2002, Argentina were the defending champions in 1990 and once again in the first game of the tournament, the heavy favourites lost to a lowly footballing nation. In 1990 the culprits were Cameroon and Francois Omam-Biyick.

What makes this even more shocking, is that Cameroon had a player sent-off six minutes before their winning goal. Another man would also be sent-off on the 89th minute.

(Despite being one of the biggest shocks ever, Argentina would still get to the final and lose 1-0 to West Germany). 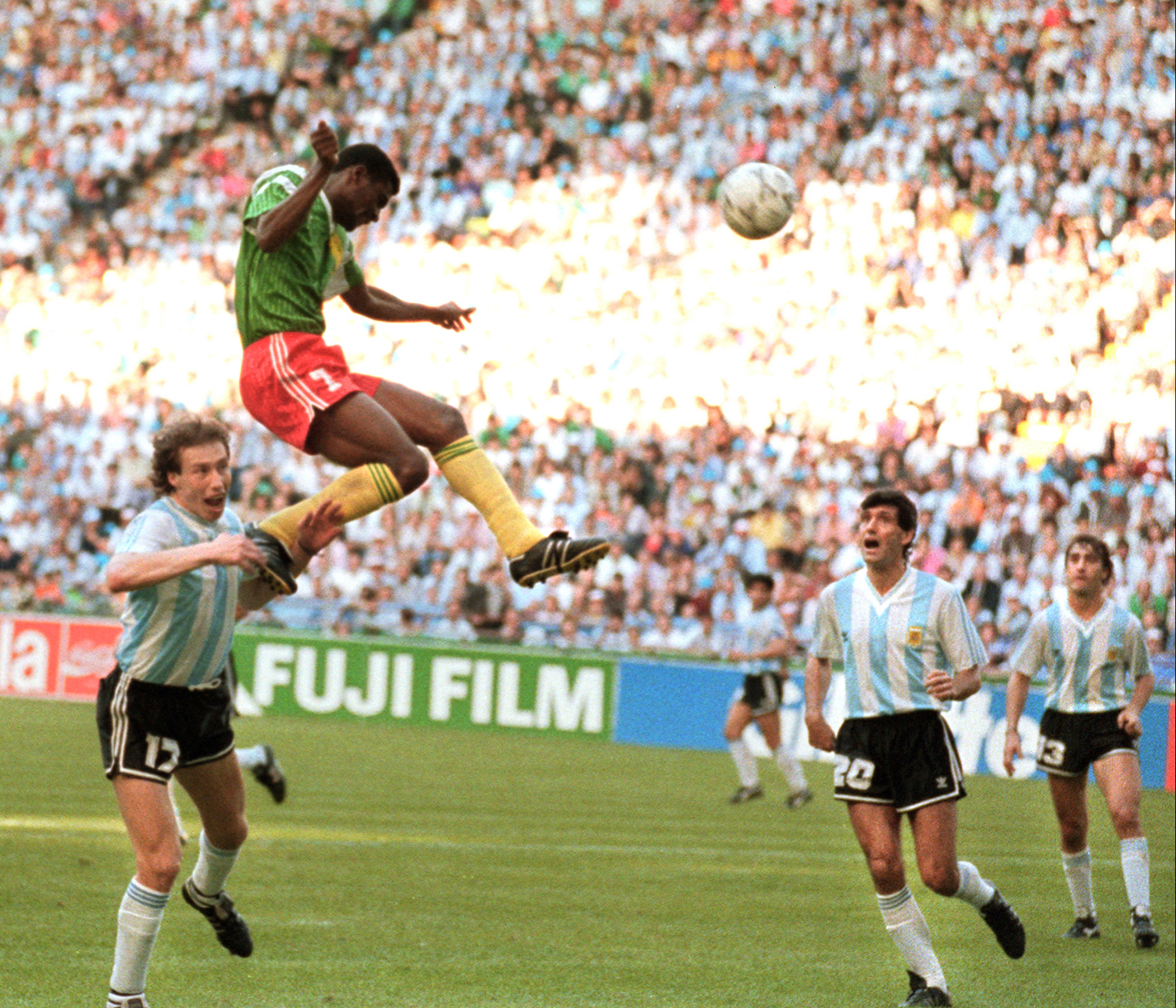 Algeria, otherwise known as the ‘Desert Foxes’ were playing in their first World Cup. Germany were European champions and are normally a World Cup colossus of a team. Germany, confident of success, were made to pay for their complacency, going 1-0 on the 54th minute. They would equalise 13 minutes later, but would concede one minute after that to put the score as 2-1. That was how it ended up and Algeria had their greatest ever World Cup win.

(Germany did regroup to make the final though, where they lost 3-1 to Italy). 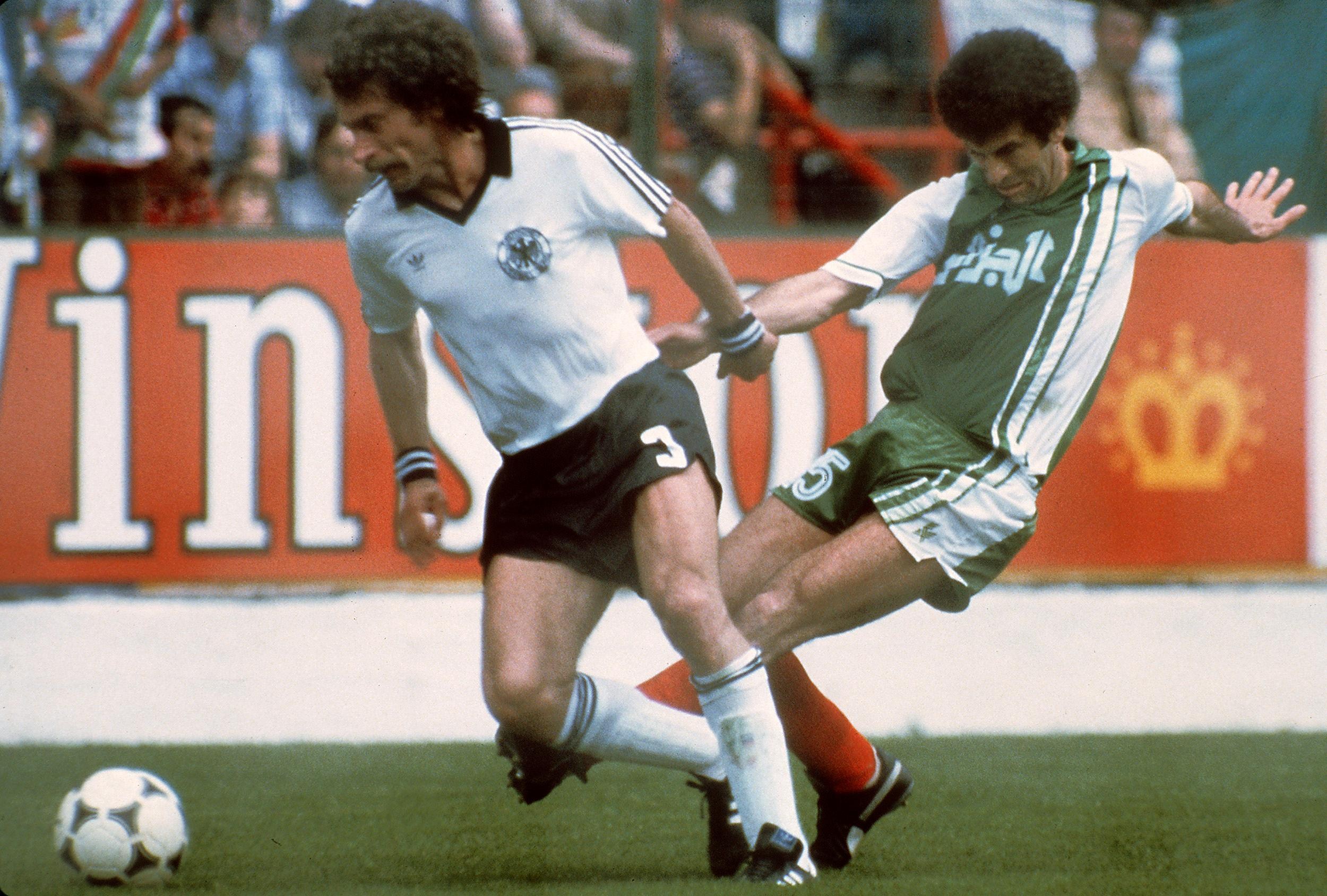 The Netherlands ‘Total Football’ era was in full swing, and during the final group game of Group 4 in 1978, they were expected to be rampant against Scotland. This wasn’t the case though with Scotland scoring three goals to go 3-1 up after 68 minutes. The Netherlands pulled one back three minutes later to create a tense final 20 minutes, but Scotland held on to win.

However, Scotland did fail to get out of the group, and the Netherlands went on to lose to Argentina 3-1 in the final.

Archie Gemmill scores a wonder goal against the Netherlands. They would go on to win 3-2 (Getty Images)

Nothing was expected from North Korea in 1966. They were expected to go home with no points whatsoever. An opening 3-0 loss to the Soviet Union indicated the lack of strength in the team, however Pak Doo-ik’s solitary goal helped kick Italy out of the tournament. They would then go 3-0 up against Portugal before Eusebio went and scored four to inspire them to a 5-3 win.

Admittedly, this doesn’t look like the biggest shock result ever. But when you consider Hungary had obliterated everyone they had played up to that point, and they had the genius that is Ferenc Puskas, then it definitely is a shocking result. It should be noted, that Hungary were unbeaten in four years, and the two sides had met in the group stages of tournament, where Hungary won 8-3. They also beat South Korea 9-0, and Brazil and Uruguay by four goals to two.

Leading into the final, no one gave West Germany a chance, and the game often known as ‘The Miracle of Bern’ (Bern was hosting the final) was appearing to be a foregone conclusion when Hungary went 2-0 up after eight minutes. Germany rallied and scored three goals to stun the footballing world.

A german defender clears the ball against Hungary. They would shock the world by winning 3-2 (Getty Images)

A USA team that consisted of part-time players, shocked England in 1950. After the war, England had a record of 23 wins, three draws, and four losses, so excitement for World Cup success was prevalent. However, Haitian-born Joe Gaetjens scored the only goal of the match in the 38th minute, and the USA had pulled off one of the biggest shocks in World Cup history.