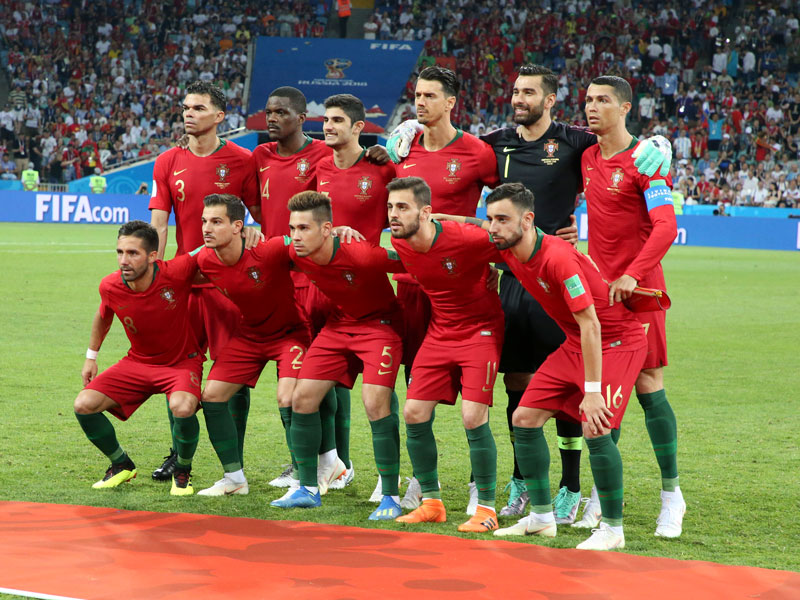 Portugal have been eliminated from the 2018 World Cup.

Portugal vs Uruguay Round of 16 Match Report

Edinson Cavani scored two outstanding goals as Uruguay claimed their place in the quarter-finals and sent European champions Portugal out of the tournament.

Uruguay took an early lead after brilliant combination play between Cavani and his strike partner Luis Suarez and the two forwards worked hard throughout to secure Uruguay’s victory.

Portugal began the second half with more purpose and Pepe’s equaliser was the first goal conceded by Uruguay in the tournament. It prompted Portugal’s best spell of the game but Uruguay regained their compact shape and Cavani added a brilliant second goal before limping off with a hamstring problem.

Uruguay defended their lead stoically and Portugal’s substitutes could not find a way through.

GOAL! Sensational one-two. Cavani swings a crossfield ball out to Suarez on the left who returns the favour with a whipped delivery to the back post for Cavani, to power in a header pic.twitter.com/zRb3TVNbOC

GOAL! Guerreiro takes a short corner and sends a delivery into the box. Pepe rises highest and is on hand to head in an expertly dispatched attacking header pic.twitter.com/zISCJHltm8

GOAL! Bentancur surges through the midfield lays off Cavani on the left who finesses a first time curling shot inside the post pic.twitter.com/RnpmMcJcfP

This was the first time Uruguay had won their opening four games at a World Cup since 1930, when their fourth win was in the Final.

At 35 years and 124 days, Pepe became Portugal’s oldest goalscorer in a major tournament.

Cristiano Ronaldo once again failed to score a goal in a World Cup knockout stage game. He did not have a single touch of the ball inside the area in the first half while his only shot on target in the entire game came in the second minute, when his low effort from distance was straight at Fernando Muslera.

Another game, another goal for Cristiano Ronaldo, whose record-breaking early header was enough for Portugal to see off an energetic Morocco side who could consider themselves desperately unlucky to be heading out at the group stage.

Rather from seeking to extend their advantage after taking the early lead, Portugal stepped back and allowed Morocco to dominate for much of the game. The Moroccans had a host of chances to turn their dominace into goals but were halted by a combination of brilliant saves by Rui Patricio and their own profligacy, particular from captain Mehdi Benatia.

Ronaldo had strong claims for a penalty late in the game when he was tripped by Nordin Amrabat, while Pepe again blotted his copyboook by collapsing to the ground after being tapped on the shoulder by Benatia.

Goalscorer Cristiano Ronaldo was named as the official man of the match, but any number of Morocco’s players – particularly Younes Belhanda and Hakim Ziyach – would have been more deserving of the award.

One of the most exhilarating games ever seen at a group stage of the World Cup. Spain appeared to be heading for victory after twice recovering to cancel out goals from Cristiano Ronaldo. A third goal, from Nacho’s spectacular volley, was a just reward for Spain’s intricate and intense passing. But Ronaldo had the last word when he completed his hat-trick with a superb free-kick with two minutes of normal time remaining.

Cristiano Ronaldo joined the small list of players who have scored in four World Cups.

Cristiano Ronaldo scored the 51st hat-rick of his career. It was also the 51st hat-trick scored as a World Cup.

This was the first game in charge for Spain’s interim coach Fernando Hierro following the sacking of Real Madrid-bound Julen Lopetegui. But their opening two goals – the first set up by a long ball, the second via a set-piece – were not typically Spanish.

Spearheaded by the irrepressible Cristiano Ronaldo – just the 15 goals for the captain in nine 2018 World Cup qualifiers – Portugal’s near faultless campaign of nine wins in 10 games only confirmed that the Selecao are experiencing a golden age. Coach Fernando Santos has won all but one of the 17 qualifying matches that Portugal have played since he took the reins in September 2014, with the small matter of a European Championship triumph in the middle. In what will be Ronaldo’s last shot at leading his country to the ultimate prize, Portugal travel to Russia in optimistic mood, although there are concerns about younger alternatives for central defenders Pepe, Jose Fonte and Bruno Alves – who have a combined age of over 100 years.

Sep 2016
Without the injured Ronaldo, the newly-crowned European Champions are brought back down to earth with a bump as Switzerland register a thoroughly deserved 2-0 victory in Basle.
Oct 2016
Andre Silva becomes the youngest player ever to score a hat-trick for Portugal as they win 6-0 away to Faroe Islands.
Sep 2017
A scrappy Andre Silva goal gives Portugal victory in a bad-tempered match in Budapest to effectively set up a decider against Switzerland.
Oct 2017
A surprisingly straight-forward 2-0 triumph over the Swiss in Lisbon sees Portugal overtake their opponents at the top of the group and book their place in Russia.

Portugal head up Group B, which contains their Iberian rivals Spain, along with Morocco and Iran.

Portugal kicked off their 2018 international friendlies on the 23rd of March against Egypt and Mohamed Salah and a 2-1 win. They then lost to the Netherlands three days later. Two draws against Tunisia and Belgium followed, and finally, on the 7th of June, they beat Algeria 3-0.

The first game in Group B for Portugal is against their rivals Spain on the 15th of June which will likely be one of the games of the tournament. The result will probably decide who tops the group, after which Portugal will then play Morocco and Iran on the 20th and 25th of June respectively.

Fernando Santos, age 63 (10.10.54)
Having replaced Paulo Bento, it is now three years at the helm for a man who can rightly be considered as the best coach in Portugal’s history. His current contract runs until 2020. 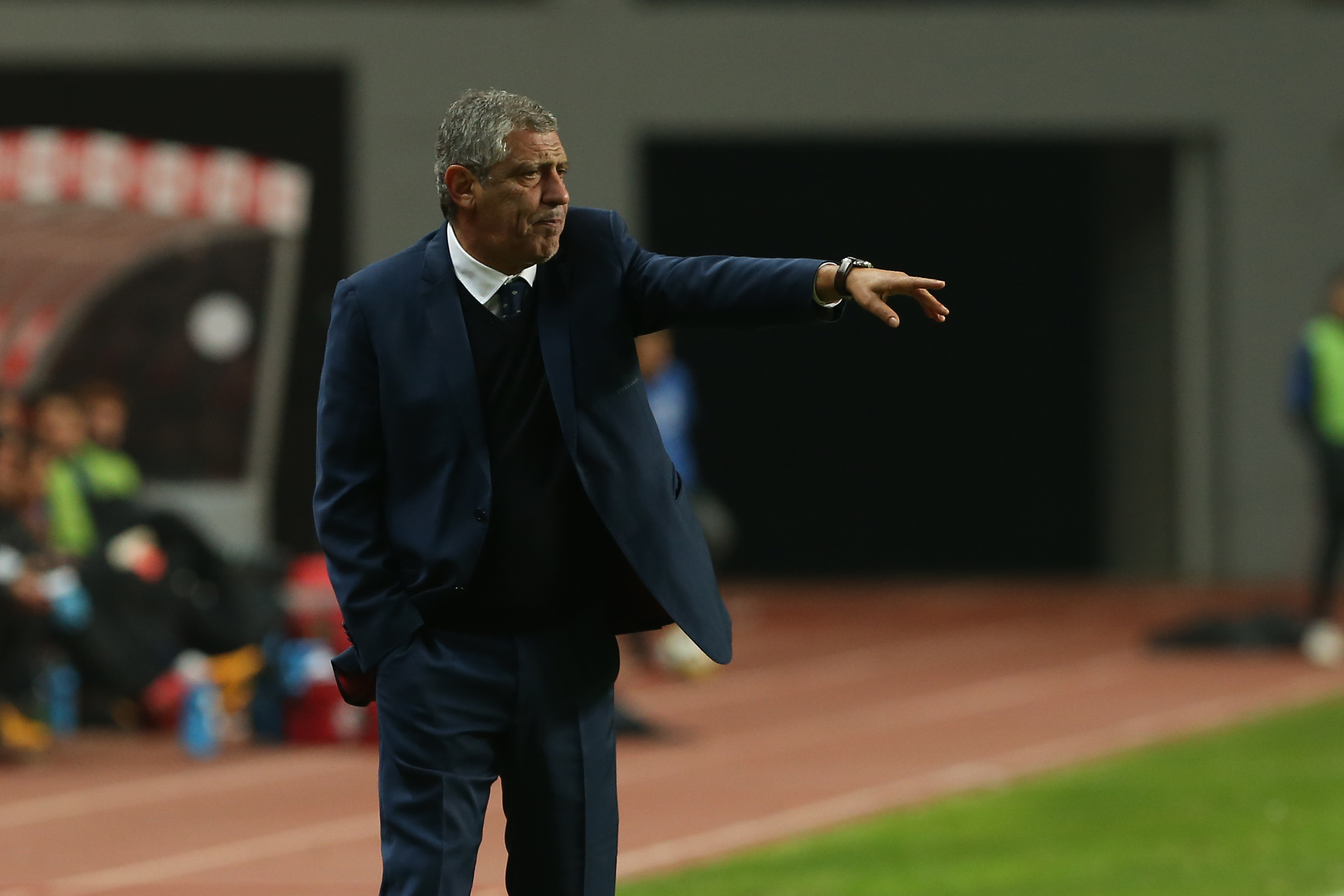 Santos: Coach of Portugal Fernando Santos will look to repeat his success at the Euros (Getty Images)

The Players
Stars
Andre Silva announced himself in style, scoring nine goals and forming a lethal partnership with Ronaldo.
Stalwarts
Pepe remains the bedrock of Portugal’s defence, while Ricardo Quaresma and Joao Moutinho continue to make key contributions. For all three, Russia will be their final chance of World Cup glory.
Missing
Raphael Guerreiro, who missed much of the qualifying campaign, has proved himself to be a clone of his predecessor at left-back Fabio Coentrao: brilliant whenever he plays but extremely injury-prone.
Debuts
Goncalo Guedes made two appearances in 2015 as an 18-year-old and returned to the side this year.

We will update you with injuries to Portuguese players regularly. 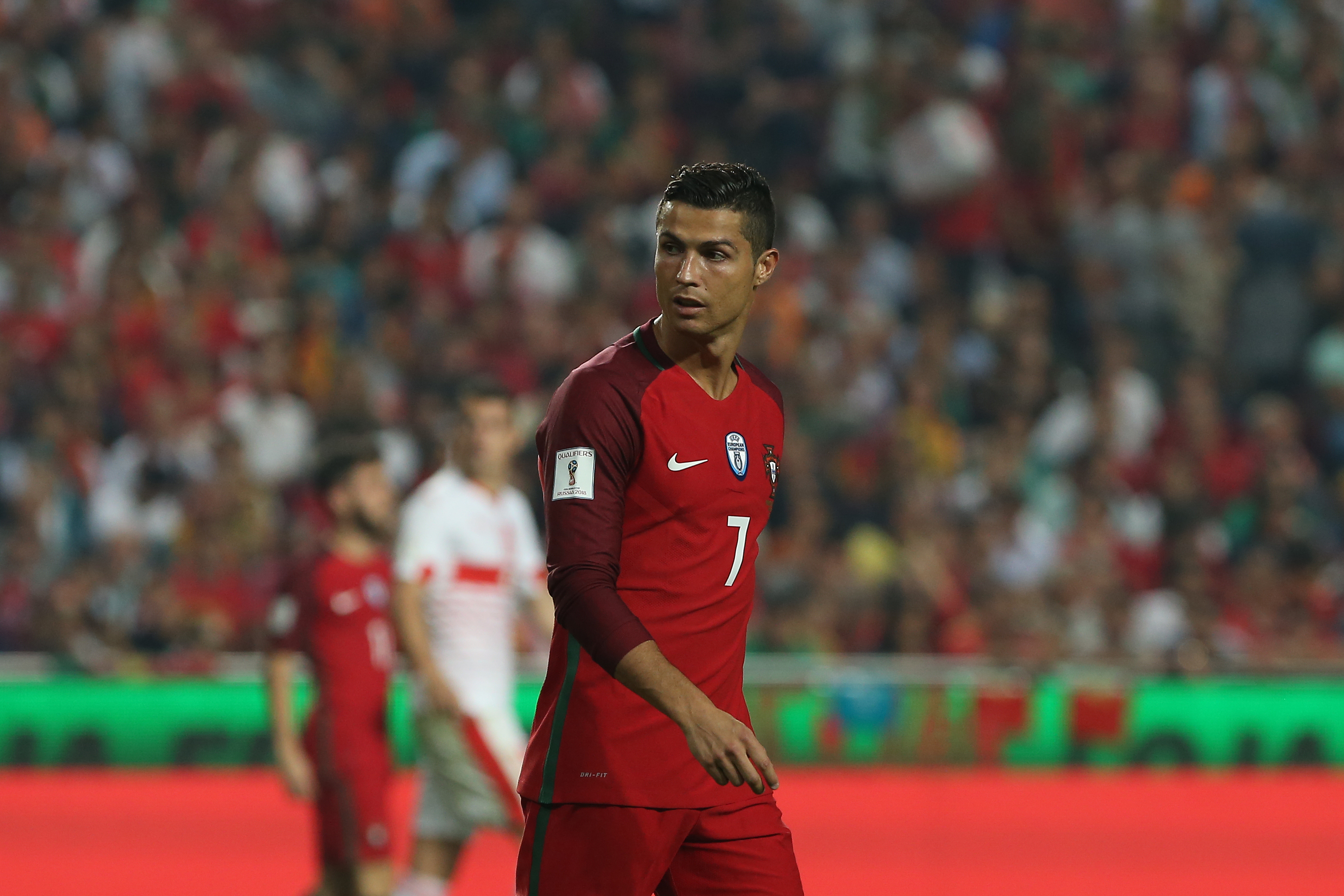 Box Office: Ronaldo is a superstar of the game with World Cup glory being the only omission on his resume (Getty Images)

Have enough of the side had sufficient playing time this term?
While the current crop of young Portuguese talent has undoubtedly got potential, few can be considered regular starters for their club sides. What will time spent on the bench do for the match fitness and confidence levels of Andre Silva (Milan), Joao Mario (West Ham) and Bernardo Silva (Manchester City)?

Will a lethal strike-force take its qualifying form to Russia?
For years Portugal struggled for a reliable goalscoring centre-forward, but that search looks to be over as Andre Silva has started his international career in spectacular fashion and has great chemistry with Ronaldo – they shared 24 goals in qualifying. 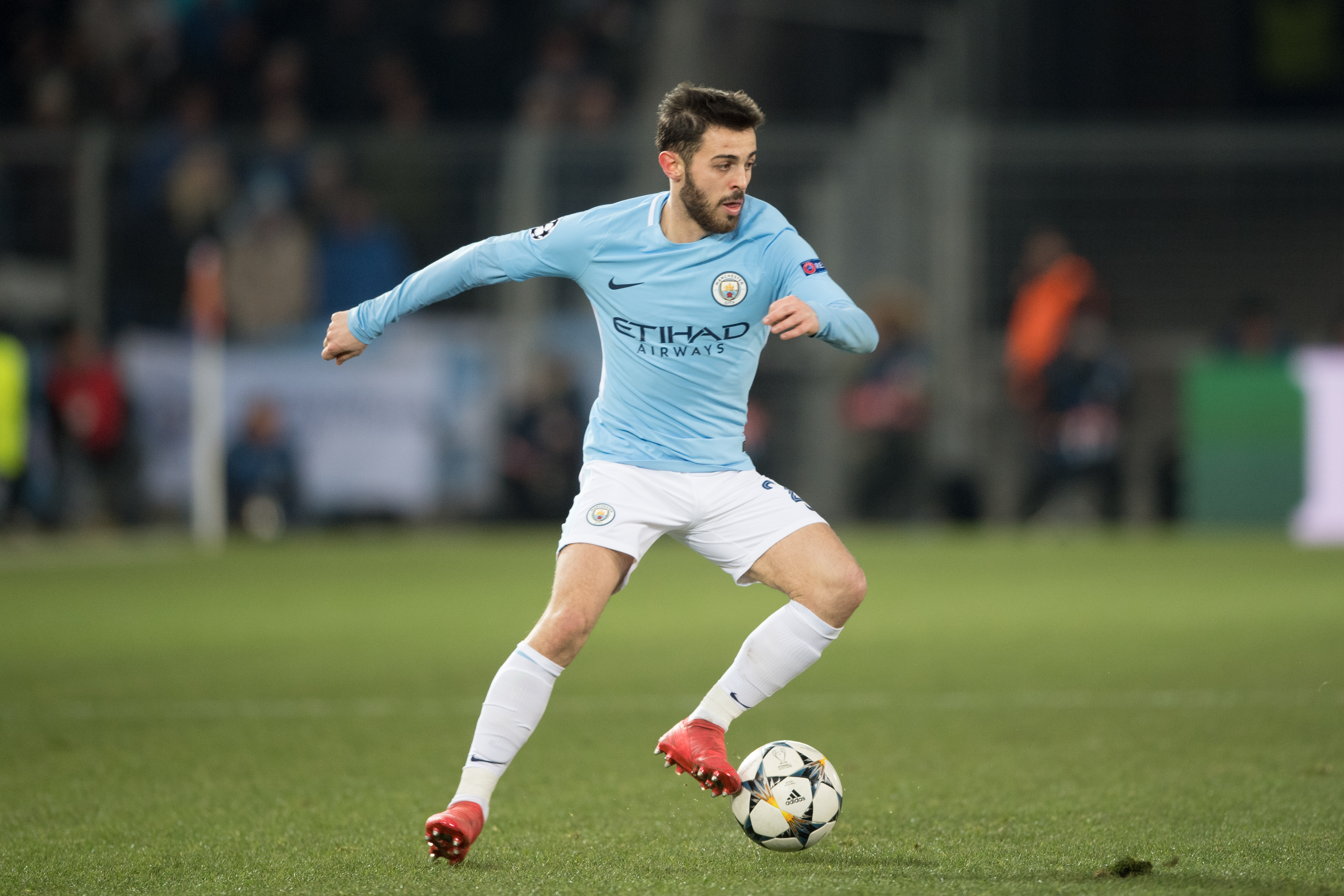 Dilemma: Santos has not figured out how to use Silva yet (Getty Images)

How will Santos use Bernardo Silva?
Silva is widely acknowledged as the biggest talent to come out of Portugal since Ronaldo, but Santos has struggled to get the best out of him. Wide right in a flat and narrow 4-4-2 is his usual position, but many are calling for the coach to implement a diamond formation with Silva at the attacking tip.