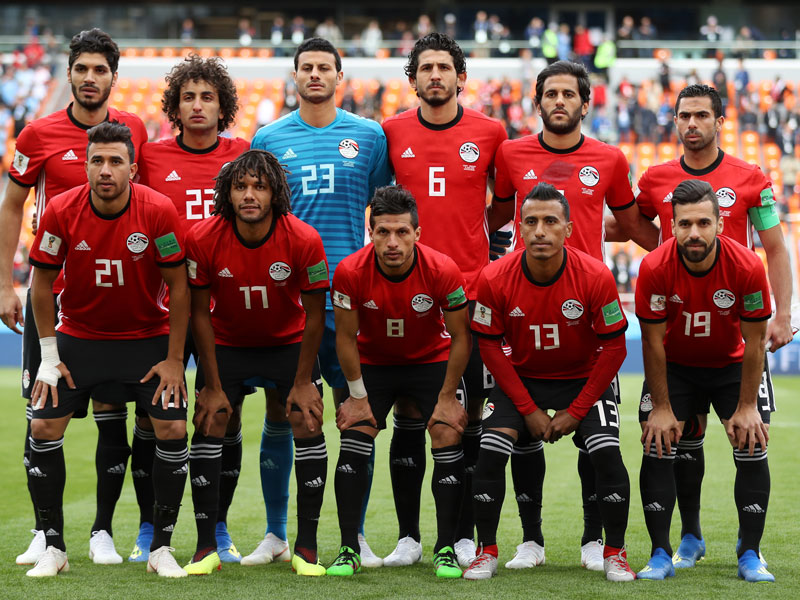 Egypt have been eliminated from the 2018 World Cup.

Saudi Arabia won their first World Cup match since 1994 thanks to Salem Al-Dawsari’s goal in the final minute of stoppage time. It was a disappointing end to the tournament for Egypt who had opened the scoring thanks a brilliant strike from Mohamed Salah. It seemed to be their day when veteran record-breaking keeper Essam El-Hadary saved a first-half penalty but the Saudis were awarded a second spot-kick which was converted by Salman Al-Faraj.

With the game heading for a draw, both sides seemed happy to share the spoils but the Egyptian defence went to sleep and Al-Dawsari grabbed the last-gasp winner.

GOAALLL! Salah races through and lobs the goalkeeper to put Egypt ahead against Saudi Arabia.#KSAEGY #WorldCup #EGY pic.twitter.com/g5dV3s1YY4

PENALTY SAVED! A record-breaker and now a spot-kick saved by Essam Elhadary to keep Egypt ahead against Saudi Arabia.#WorldCup #EGY #KSA #KSAEGY pic.twitter.com/B7Qow5T7ur

GOAALLL! Saudi Arabia get back on level terms, Alfaraj burying the penalty to make it 1-1 against Egypt after a lengthy VAR review.#WorldCup #EGY #KSAEGY #KSA pic.twitter.com/rD1NFPDS2V

Salah’s goal was the first scored by Egypt in open play at the World Cup since Abdulrahman Fawzi’s in a 4-2 defeat by Hungary in May 1934.

El-Hadary became the World Cup’s oldest player aged 45 years and 161 days after making his World Cup debut. The keeper brilliantly saved a penalty from Fahad Al-Muwallad but could not keep out Salman Al-Faraj for the second Saudi penalty.

Hosts Russia all but confirmed their place in the knockout stages after recording the best start by a home nation in the history of the tournament. Emboldened by their 5-0 rout of Saudi Arabia in the opening match, Stanislav Cherchesov’s side came up against a far more organised team in Egypt and struggled to break them down in the first half.

But in a blistering quarter-hour spell at the start of the second half the hosts blow Egypt away with an assured, confident performance that delighted the home crowd in Saint Petersburg. Egypt looked to talisman Mohamed Salah to bring them back into the game. Although he won and converted a late penalty, Salah was a shadow of the figure seen at Liverpool this season.

Russia bettered the record of hosts Italy in 1934 by scoring eight goals and conceding one in their first two games (Italy beat USA 7-1 and  drew with Spain 1-1).

Mohamed Salah, having missed his side’s opening game while continuing his recovery from the shoulder injury suffered in the Champions League Final, started for Egypt. But he was below-par and clearly not yet fully fit.

Uruguay won their opening game at the World Cup for first time since 1970  despite being lacklustre in attack for most of the game. Luis Suarez looked below-par throughout, putting an excellent first-half chance from a corner into the side netting, while his strike partner Edinson Cavani saw two efforts saved, first by Egyptian keeper Mohamed El-Shenawy and then by a post. Instead it was a defender, Jose Gimenez, who made the late breakthrough for Uruguay, as Egypt, who had done enough to earn a point, took their eye off the ball.

Mohammed Salah, injured in the Champions League Final for Liverpool against Real Madrid, failed to recover in time to play in Egypt’s opening game. His presence would have given the Egyptians a much greater threat in attack and forced Uruguay on to the back foot.

For decades, Egypt have failed to turn their dominance of the African game into World Cup qualification – until a last-gasp penalty ensured their place in the field for the 2018 World Cup. They last participated at the finals in 1990 and since then they have suffered the agony of several close misses, including a rare play-off game after finishing level with Algeria in the 2010 preliminaries. Over the years a myriad of coaches – including Ruud Krol, Marco Tardelli and Bob Bradley – have tried to take them to the promised land, but it was Hector Cuper who finally got them over the line.

Nov 2015
A 1-0 loss away to Chad in the first leg of a preliminary game held out the possibility that the 2018 campaign might again be another Egyptian flop. However, it takes just 10 minutes in the return for the deficit to be cancelled out and they go on to win 4-1 on aggregate.
Nov 2016
Ghana had hammered Egypt 6-1 to qualify for the 2014 finals but revenge is extracted with a 2-0 win for the Pharaohs, who suddenly find themselves five points clear in Group E.
Sep 2017
Having lost 1-0 in Kampala just days earlier, Egypt host Uganda in Alexandria and win a nervy encounter with an early goal from Mohamed Salah in a less than convincing performance.
Oct 2017
Needing a win to make sure that they qualify with a game still to play, a last-gasp Salah penalty ends the agony for Egyptian supporters as they edge bottom-placed Congo 2-1 at the Borg El Arab Stadium.

Egypt are placed in Group A alongside the hosts Russia, Saudi Arabia, and Uruguay.

The World Cup friendlies have not gone well for Egypt. First they lost to Portugal, and then Greece four days later. Then they had two draws against Colombia and Kuwait, before a final 3-0 loss to Belgium on the 6th of June.

Egypt will play their first World Cup Fixture on the 15th of June against arguably the toughest team in the group, Uruguay. On the 19th they will play the hosts Russia, and will then finish their group stage against Saudi Arabia on the 25th. 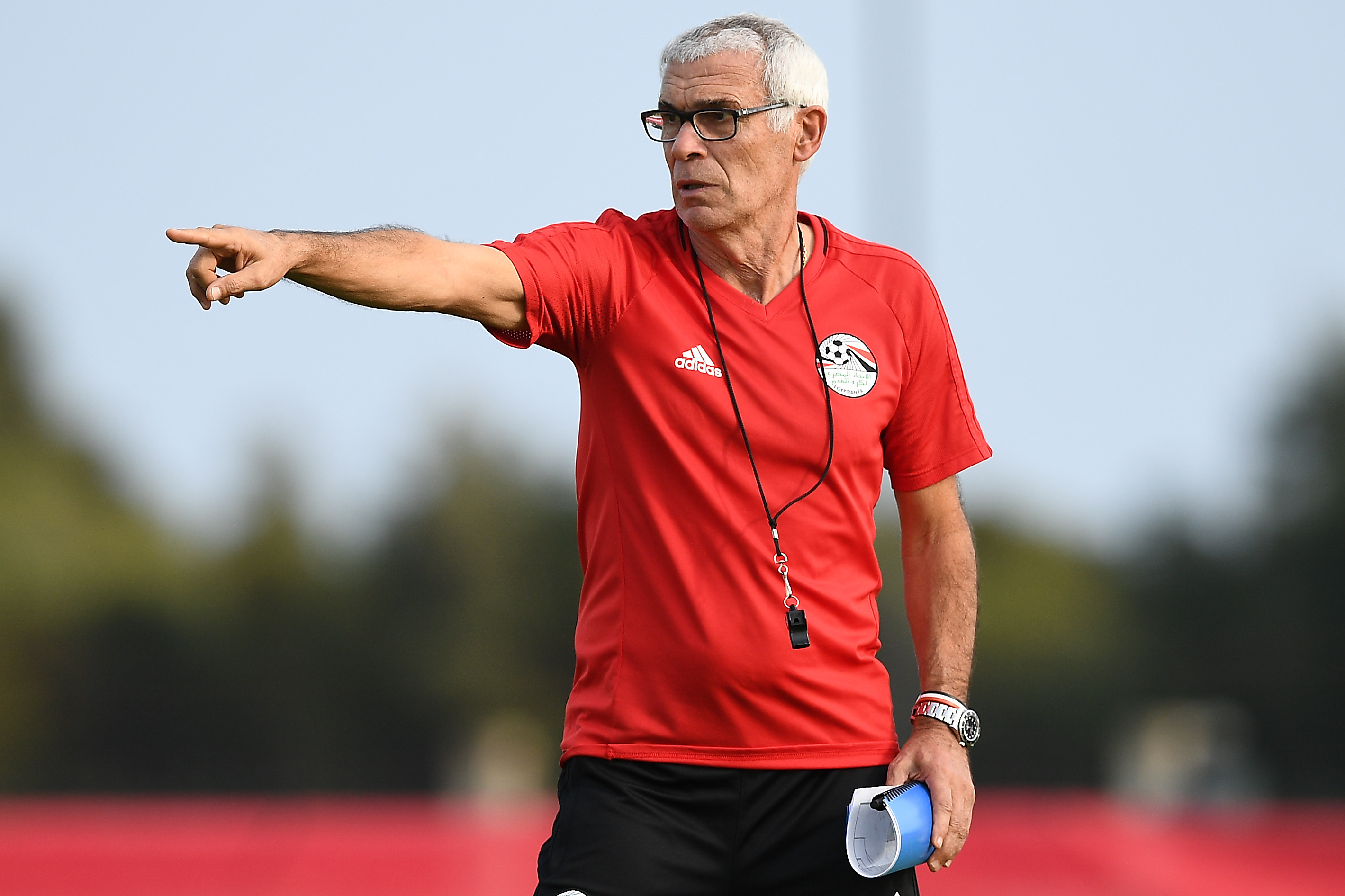 Leader: Hector Cuper has coached Egypt back to another World Cup (Getty Images)

The Players
Star
Mohamed Salah is very much the talisman of the team.
Stalwarts
Keeper Essam El Hadary, who is 45 in January, could become the oldest player ever at the World Cup. Ahmed Fathy has won 122 caps, while mercurial midfield talent Shikabala has recently returned to the national set-up after a three-year absence.
Missing
Basem Morsy has not played since being punished for leaving the stadium after being substituted when Egypt beat Ghana in November 2016.
Debuts
Amr Marey, a striker who plays for Etoile Sahel in Tunisia, received his first call-up.

Mohamed Salah injured his shoulder during the champions League Final after a challenge by Sergio Ramos. Time will tell if he is fit enough to play. 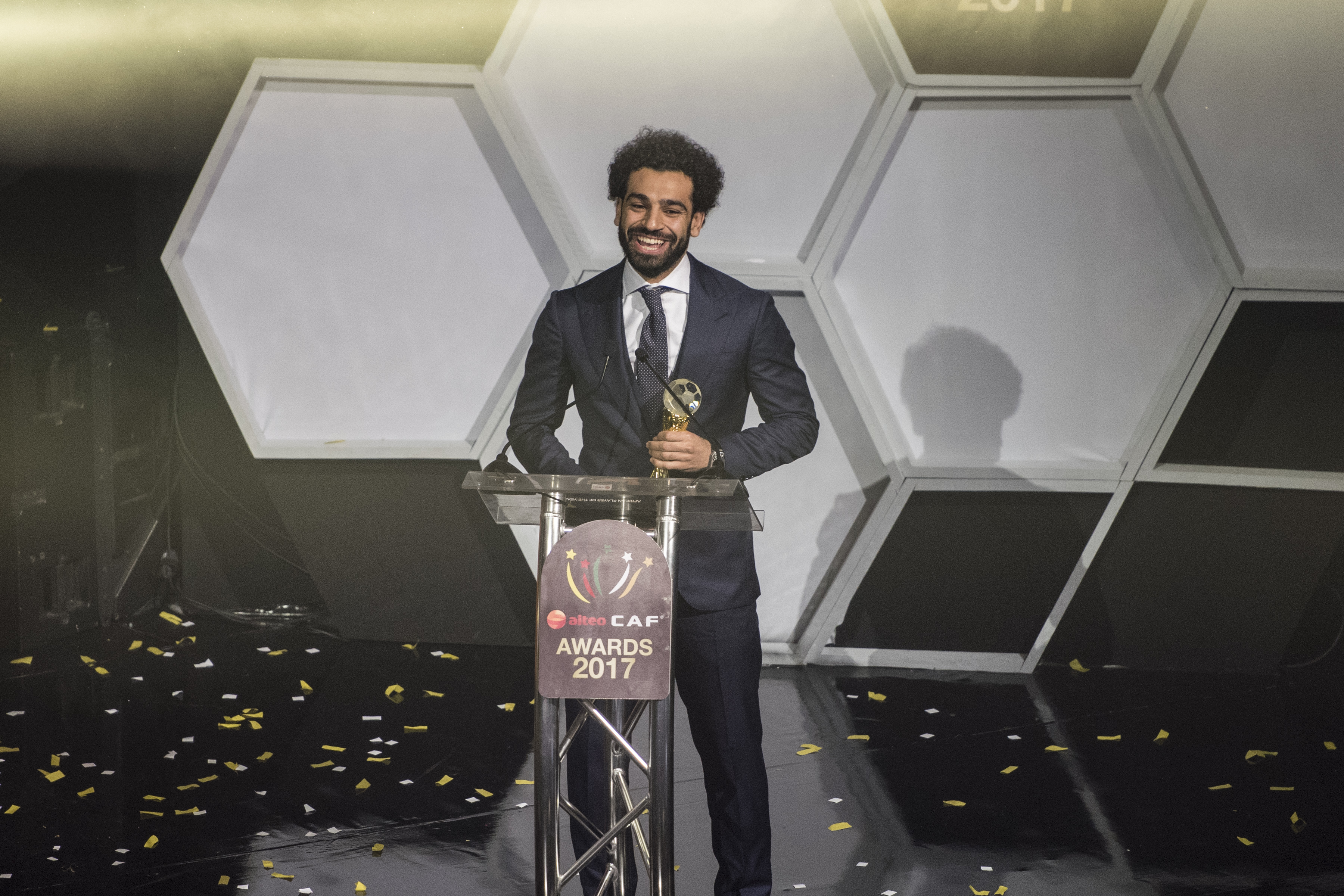 Superstar: Salah has become a global star with his play for Liverpool and Egypt (Getty Images)

What sights will Egypt be setting themselves at the tournament?
Hector Cuper says a place in the last 16 is the ambition, but a lack of experience may count against them. Egypt, however, will point to the fact that they reached the Final of the Nations Cup after missing three successive African championships.

Will Essam El Hadary become the oldest player at the World Cup?
After keeping goal in five of the six group games he was left out of Cuper’s last squad and has now moved to Saudi Arabia, where he might not get as much competitive action as the coach desires to keep him in shape for Russia. 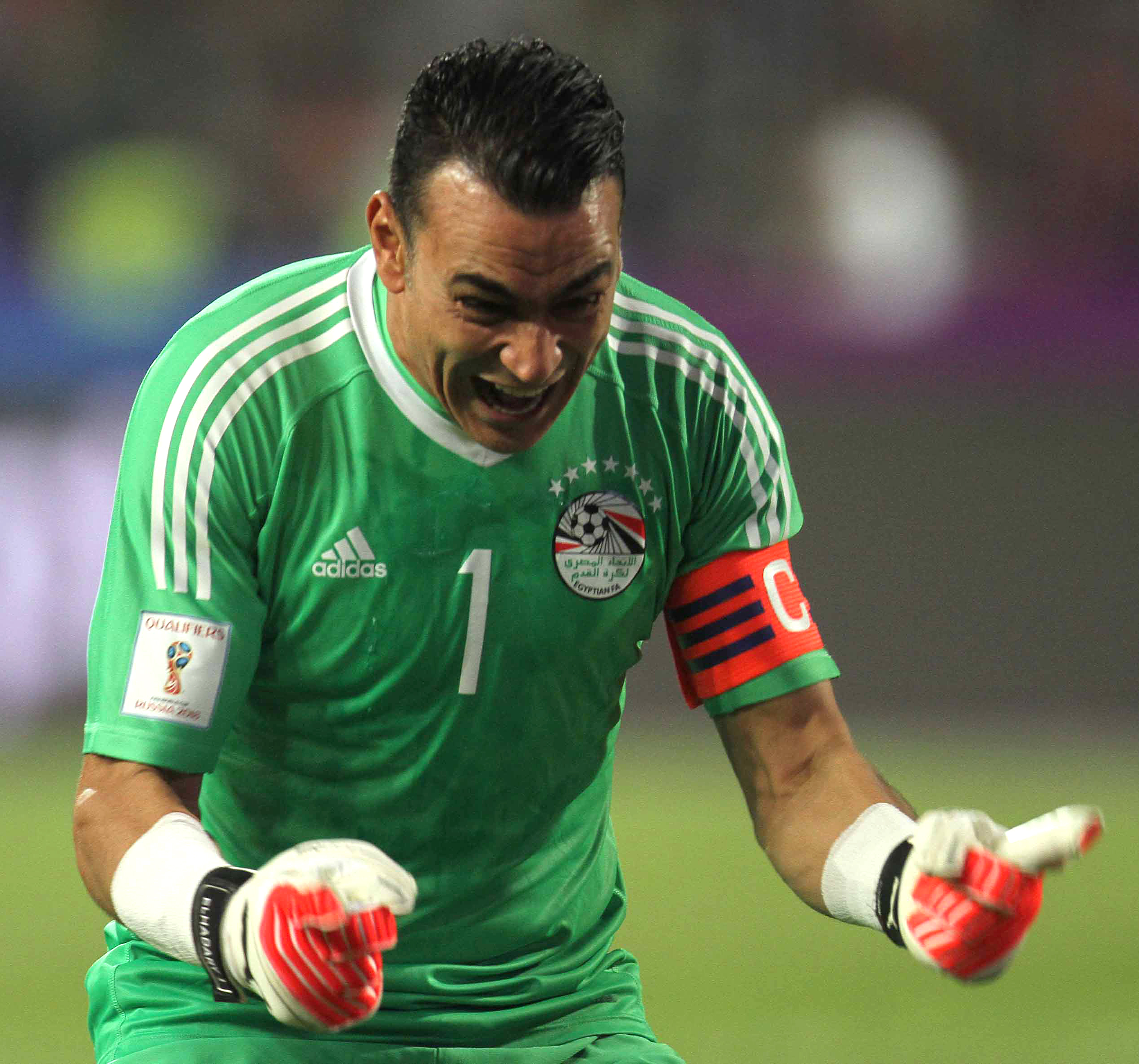 Elder Statesman: Hadary will be 45 when the tournament rolls around making him the oldest competitor, if he makes the squad (Getty Images)

Will Mohamed Salah rise to the challenge on the world stage?
Since he joined Liverpool, Mohamed Salah has upped his reputation and became a major star, not only in Africa but worldwide. These days he is under immense pressure to deliver every time he plays for Egypt and he might find the pressure too much to deliver consistently in the finals.