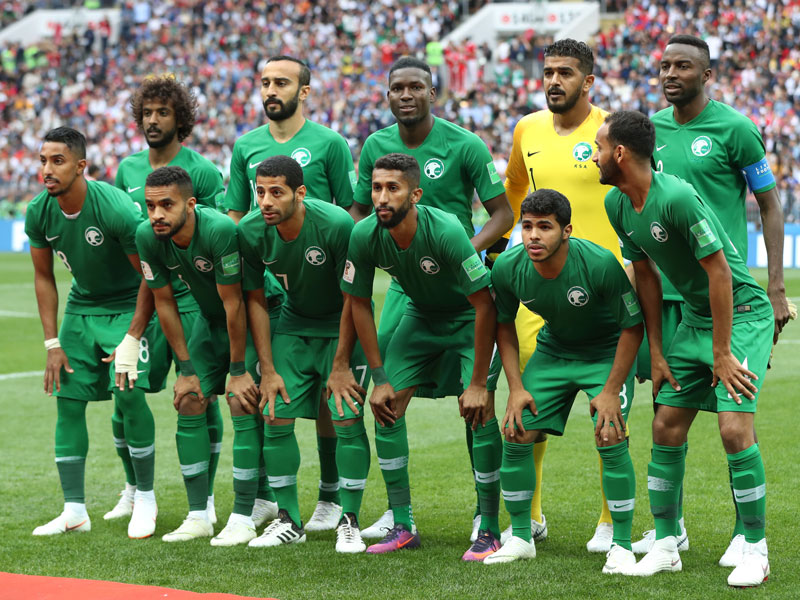 Saudi Arabia have been eliminated from the 2018 World Cup.

Saudi Arabia won their first World Cup match since 1994 thanks to Salem Al-Dawsari’s goal in the final minute of stoppage time. It was a disappointing end to the tournament for Egypt who had opened the scoring thanks a brilliant strike from Mohamed Salah. It seemed to be their day when veteran record-breaking keeper Essam El-Hadary saved a first-half penalty but the Saudis were awarded a second spot-kick which was converted by Salman Al-Faraj.

With the game heading for a draw, both sides seemed happy to share the spoils but the Egyptian defence went to sleep and Al-Dawsari grabbed the last-gasp winner.

GOAALLL! Salah races through and lobs the goalkeeper to put Egypt ahead against Saudi Arabia.#KSAEGY #WorldCup #EGY pic.twitter.com/g5dV3s1YY4

PENALTY SAVED! A record-breaker and now a spot-kick saved by Essam Elhadary to keep Egypt ahead against Saudi Arabia.#WorldCup #EGY #KSA #KSAEGY pic.twitter.com/B7Qow5T7ur

GOAALLL! Saudi Arabia get back on level terms, Alfaraj burying the penalty to make it 1-1 against Egypt after a lengthy VAR review.#WorldCup #EGY #KSAEGY #KSA pic.twitter.com/rD1NFPDS2V

Salah’s goal was the first scored by Egypt in open play at the World Cup since Abdulrahman Fawzi’s in a 4-2 defeat by Hungary in May 1934.

El-Hadary became the World Cup’s oldest player aged 45 years and 161 days after making his World Cup debut. The keeper brilliantly saved a penalty from Fahad Al-Muwallad but could not keep out Salman Al-Faraj for the second Saudi penalty.

Uruguay joined Russia in the knockout stages after grinding out a result against Saudi Arabia, who restored some pride after being hammered in their opening game. Luis Suarez took the one opportunity that came his way but it was not the rout that many had predicted.

Saudi Arabia were much improved from the team that had surrendered five goals to Russia five days earlier. But while they were tidy in possession, they rarely came close to threatening the Uruguayan goal

Saudi coach Juan Antonio Pizzi rang the changes after the opening-game hammering by Russia, making four changes to his starting line-up. Their general performance was much better but inexperienced keeper Mohammed Al-Owais, who came in for Abdullah Al-Mayouf, was at fault for Suarez’s goal.

Russia had failed to win in their previous seven warm-up games but any fears that the hosts would be embarrassed in front of a global TV audience were dispelled by an early goal as the Russians went on to capitalise on some shocking Saudi defending.

The Saudis, back in the World Cup for the first time since 2006, gifted their opponents too much space and respect in midfield – and Russia took full advantage.

Golovin's pinpoint cross finds Gazinsky at the back post unmarked and he duly heads Russia in front pic.twitter.com/1R4VFVaJn0

Cheryshev keeps a cool head in the box, turns two Saudi defenders and the substitute powers the ball high into the net pic.twitter.com/vH7o2sFla8

GOAL! Cheryshev bends the ball with the outside of his left boot from 25 yards pic.twitter.com/EGP12ApXA4

GOAL! Golovin curls the free-kick up and over the Saudi Arabia wall and it settles in the bottom corner pic.twitter.com/VhncJcKbmj

Russia’s runaway victory was achieved despite losing their best player, Alan Dzagoev, to a hamstring injury midway through the first half. His replacement, Denis Cherysev, set up the hosts for their comprehensive victory with two well-taken goals.

Saudi Arabia used to qualify for World Cups as a matter of course, but failure to make 2010 and 2014 had fans desperate to reach the 2018 World Cup. Led by Bert Van Marwijk, they did. Just. There was some luck along the way, but a last-day victory over an already qualified Japan did the trick and put the Green Falcons above Australia on goal difference. Yet qualification was followed by chaos, as Van Marwijk was replaced by Edgardo Bauza – who then left himself. Currently, former Chile coach Juan Antonio Pizzi has taken up the head coaching role.

Sep 2016
The opening game against Thailand in Riyadh was proving to be a frustrating experience until the softest of penalties six minutes from the end allowed Nawaf Al Abed to secure the points. Five days later, the midfielder scores twice more from the spot to give the Saudis a come-from behind win against Iraq.
Oct 2016
With 11 minutes remaining, Van Marwijk’s men are trailing at home to Australia. Then Nasser Al Shamrani strikes to earn what will turn out to be a vital point won.
Nov 2016
A 2-1 defeat in Japan prevents Saudi Arabia from breaking free at the top of the group.
Sep 2017
Needing to beat Japan at home in the final game to qualify, winger Fahad Al Muwallad makes the second-half difference and the 1-0 victory is celebrated wildly. But days later Van Marwijk announces he is leaving, with Edgardo Bauza replacing him.
Nov 2017
After just five games in charge, Argentinian Bauza was sacked as Saudi coach.

In Group A, Saudi Arabia are in a group containing the hosts Russia, Uruguay, and Egypt, lead by Mohamed Salah.

Saudi Arabia recently played two friendlies as preparation for the World Cup, a 3-0 victory against Moldova, and then a 4-1 loss to Iraq at the end of February. They then drew against Ukraine, but got hammered by Belgium four days later. Two wins against Algeria and Greece followed, and then two losses to Italy and Peru nearly concluded their World Cup friendlies. Finally they lost to Mats Hummels and Germany on the 8th of June.

Saudi Arabia will play in the opening game of the tournament against the hosts Russia on the 14th of June. This will be followed by matches against Uruguay on the 20th and Egypt on the 25th.

Juan Antonio Pizzi, age 49 (07.06.1968)
Even by Saudi standards, the recent coaching merry-go-round was shocking. Van Marwijk, who had been in place for two years and was building a solid team, left just days after the Russian deal was sealed. In came Bauza, who had taken over the United Arab Emirates just weeks previously. A month later, the Argentinian had also said his goodbyes. Juan Antonio Pizzi, who lead Chile to the Copa America Centenario in 2016, has come in to fill the void. 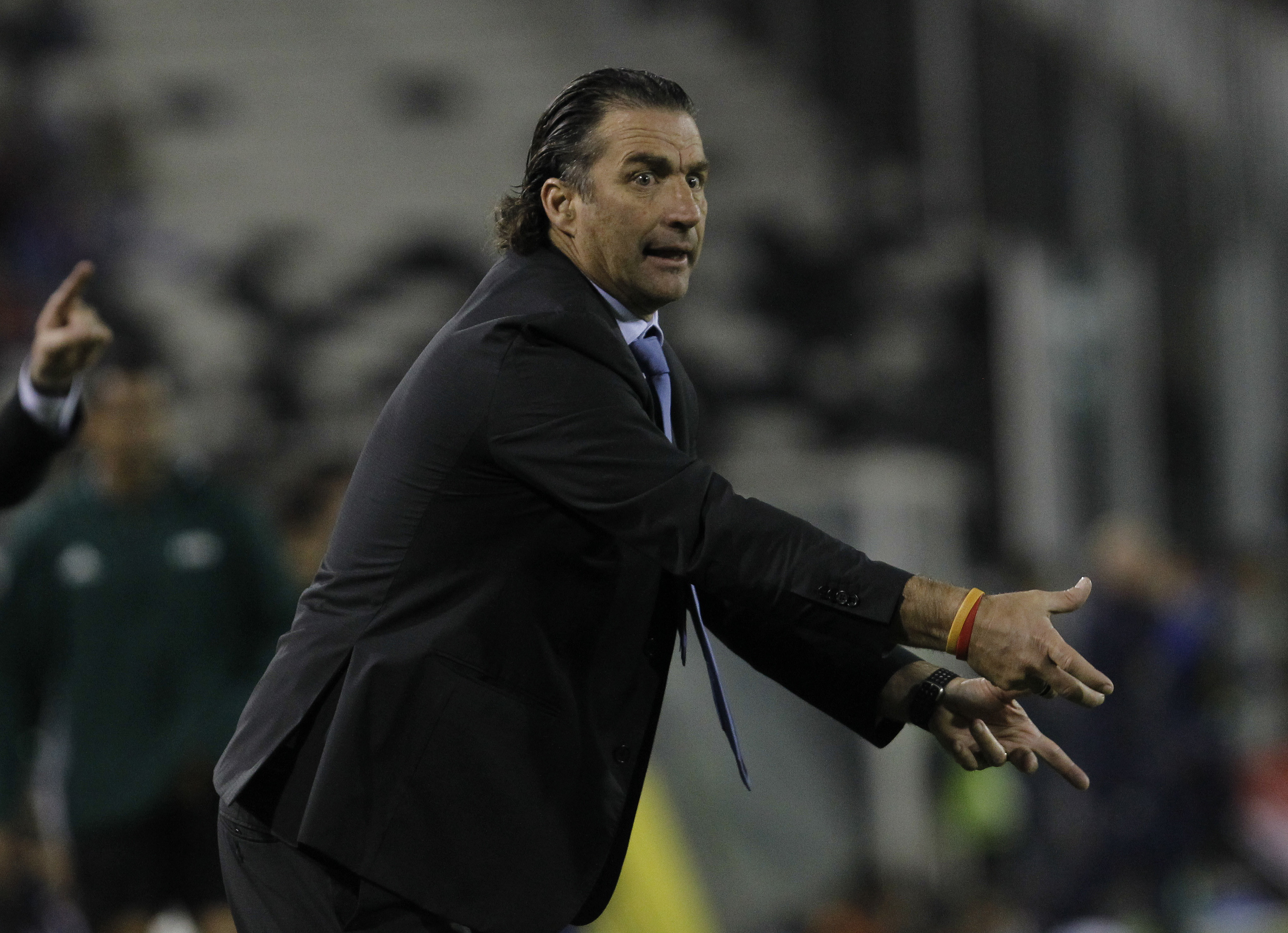 Past Success: Pizzi has had success with Chile, can he do the same with Saudi Arabia in 2018? (Getty Images)

The Players
Stars
Nawaf Al Abed was cool and composed throughout the final stage, and he scores as well as creates. When given the opportunity, Fahad Al Muwallad is exciting.
Stalwarts
Osama Hawsawi has been in the centre of defence for a long time – although some feel for too long.
Missing
Nasser Al Shamrani was Asian Player of the Year in 2014 but he started just one game in qualifying.
Debutants
Van Marwijk gave a first call-up to right-back Mohammed Al Burayk and the 25-year-old performed well under pressure.

We will update you with any injuries to Saudi Arabian players regularly.

What effect will the change of coaches have?
Losing the experienced Bert Van Marwijk, who took his homeland to the 2010 Final, was huge. Not only did he know the players, they knew him and his system. Edgardo Bauza barely had time to get to know the squad, but friendly performances against Portugal and Bulgaria ended with much criticism and his departure proves that there are few seats as hot as that of Saudi Arabia’s coach. Time will tell if Pizzi can be as effective in this role as he had been with Chile. 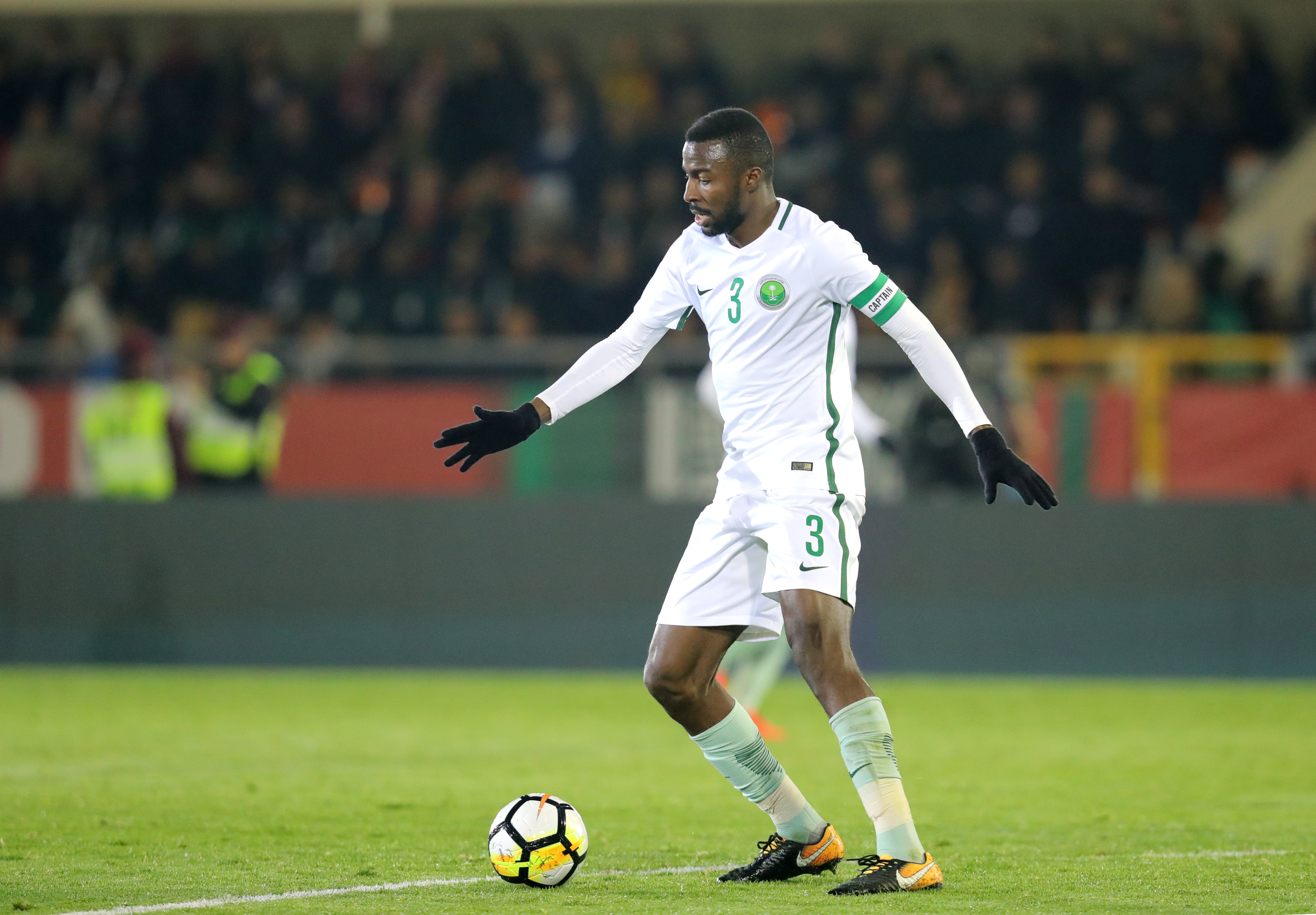 Captain: At 33, will Hawsawi still have the legs to be able to compete? (Getty Images)

Is Osama Hawsawi up to the job?
At 33, the centre-back and captain came into the team just after the 2006 World Cup but his ageing legs have been showing a little of late.

What about international exposure?
All the Saudis play at home and this is a problem. There is talk of some being loaned to European clubs, but that won’t be easy to arrange.