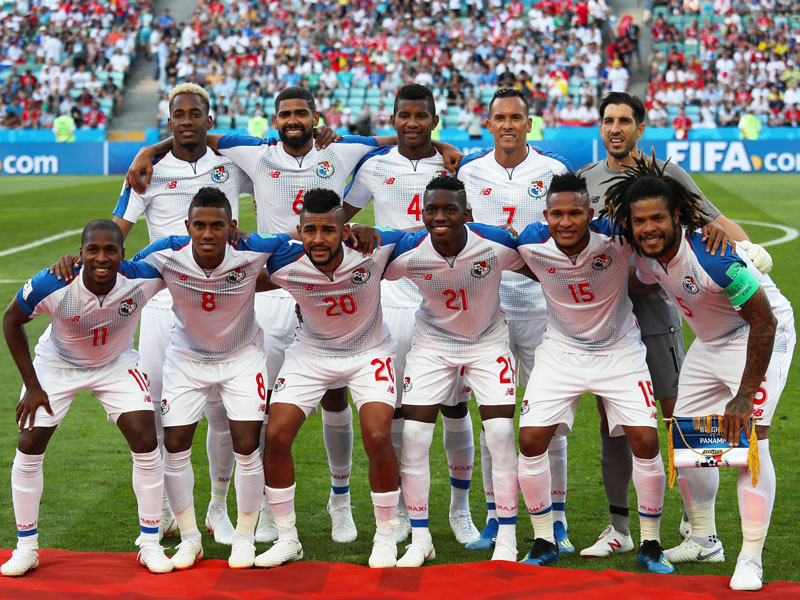 Panama have been eliminated from the 2018 World Cup.

Tunisia cam efrom behind to secure their first World Cup victory for 40 years in the dead-rubber game between Group G’s already-eliminated teams.

Jose Rodriguez gave Panama a surprise early lead when his shot pinballed off Tunisia centre-back Yassino Meriah and into the net.

But Tunisia, inspired by Wahbi Khazri, fought back. Khazri set up Fakhreddine Ben Youssef for the equaliser and then scored a deserved winner himself.

GOAL! Tunisia have come from behind to lead with Wahbi Khazri tucking away a low cross from Oussama Haddadi pic.twitter.com/o84kqTJ0QH

Tunisia’s victory was only their second World Cup win and their first since 1978.

Panama were the oldest squad in the tournament and, aside from the stroke of luck for their goal, struggled to trouble Tunisia’s defence.

England enjoyed their biggest ever World Cup win after thrashing Panama 6-1 to qualify for the knockout stage and send the Central Americans out of the competition.

The emphatic victory was achieved in spite of Panama’s strong-arm tactics, with four of England’s goals coming from set-pieces. Jesse Lingard scored the pick of the goals, a curled shot form outside the area, while Harry Kane claimed a hat-trick. 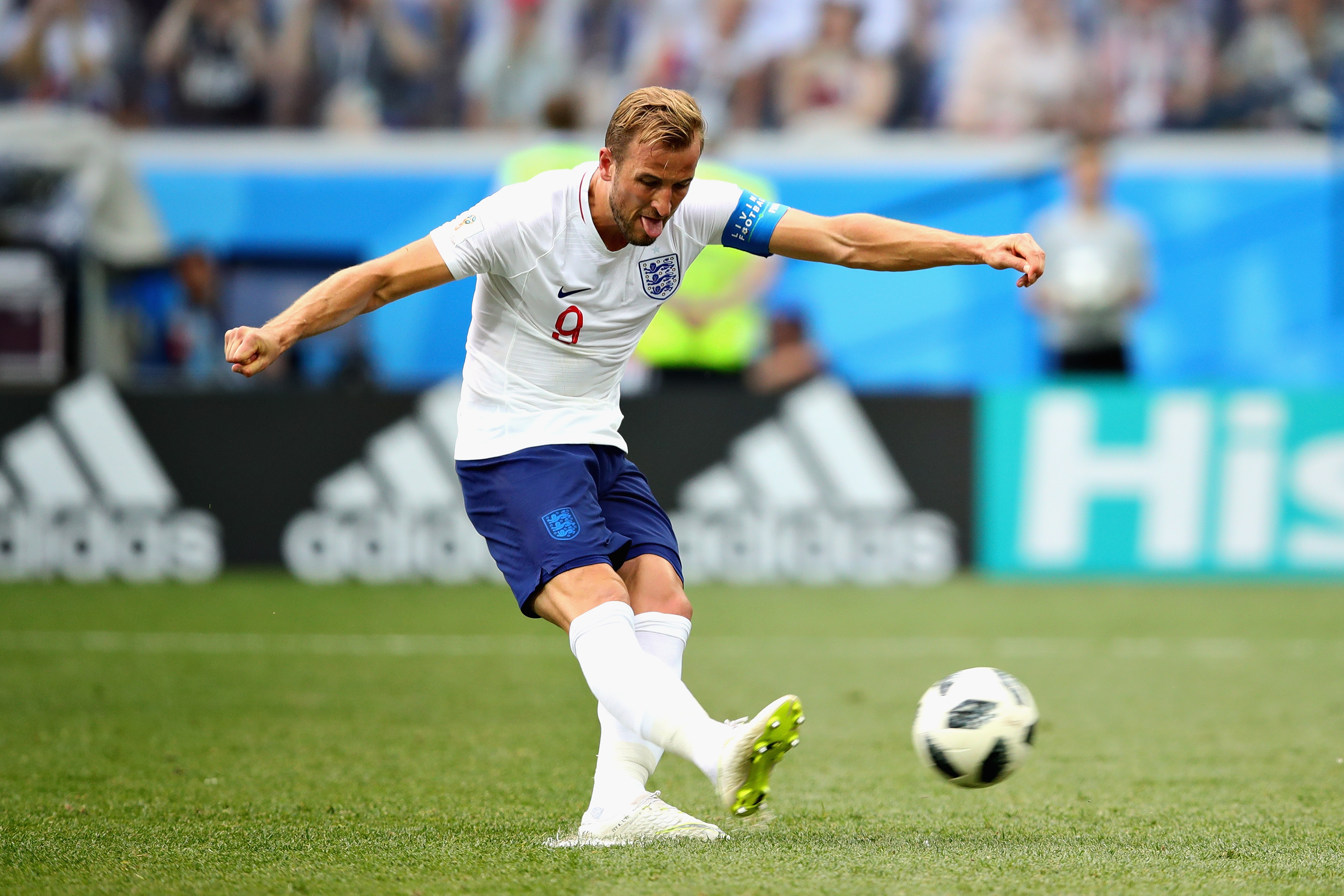 Panama came under fire for their strong-arm tactics, which included raising elbows to the opposition and multiple grappling at corners.

Nobody expects much from Panama this World Cup, and they face Belgium in their first game. Match preview here.

Belgium eventually overran debutants Panama in their opening game thanks to an improved second-half performance in Sochi.

Belgium were lethargic for much of the first half, failing to press a well-organised, deep-lying Panamanian side. The breakthrough came through a moment of individual brilliance from Dries Mertens shortly after the break.

Panama heads did not drop after conceding and they had several chances before two Romelu Lukaku goals confirmed the Belgian victory.

Romelu Lukaku became the first Belgian to score twice in a World Cup game since Marc Wilmots in 1998.

Romulu Lukaku received very little quality service throughout the match – with the exception of two passes: one from De Bruyne for his headed goal, the other from Hazard for his second, and Belgium’s third.

After going agonisingly close four years ago, Panama finally booked their first ticket to a World Cup by finishing third in the CONCACAF qualifying group after a dramatic victory against Costa Rica. With a team more hard working than talented, and players who have been playing together for a long time, the Canaleros have a tough draw and will do well to get out of the group.

Nov 2016
A goal from Fidel Escobar earns a surprise victory in Honduras at the start of the fifth round.
Mar 2016
After a good draw with Mexico, the team begins to stutter. A defeat in Trinidad & Tobago and a draw at home to the USA sees Panama lose the advantage over the rest of the pack that they had acquired in the opening games.
Sep 2016
A 3-0 victory against Honduras breaks a six-game winless streak that had taken them from third to fifth place in the group. But a month later, a 4-0 loss in the US means they have to win their final game against Costa Rica and hope Honduras and the Americans lose.
Nov 2016
The miracle happens. A goal by Blas Perez – which never crossed the line – and another by Roman Torres in the dying minutes gives Panama a 2-1 victory over Costa Rica.

Panama played against Denmark on the 22nd March and lost 1-0. They then got absolutely hammered 6-0 against Switzerland five days later. In April they beat Trinidad and Tobago and then drew against Northern Ireland in May. Finally they lost to Norway on the 6th of June.

Panama kick off their World Cup campaign against the groups toughest opponents, Eden Hazard and Belgium. England follows six days later and finally Tunisia on the 28th of June.

Hernan Dario Gomez, age 61 (03.02.61)
Appointed in February 2014, the Colombian has become an expert in South America and CONCACAF qualification, having previously booked a ticket with Colombia in 1998 and Ecuador in 2002. His record in the tournament is less successful, having been twice eliminated in the first round. 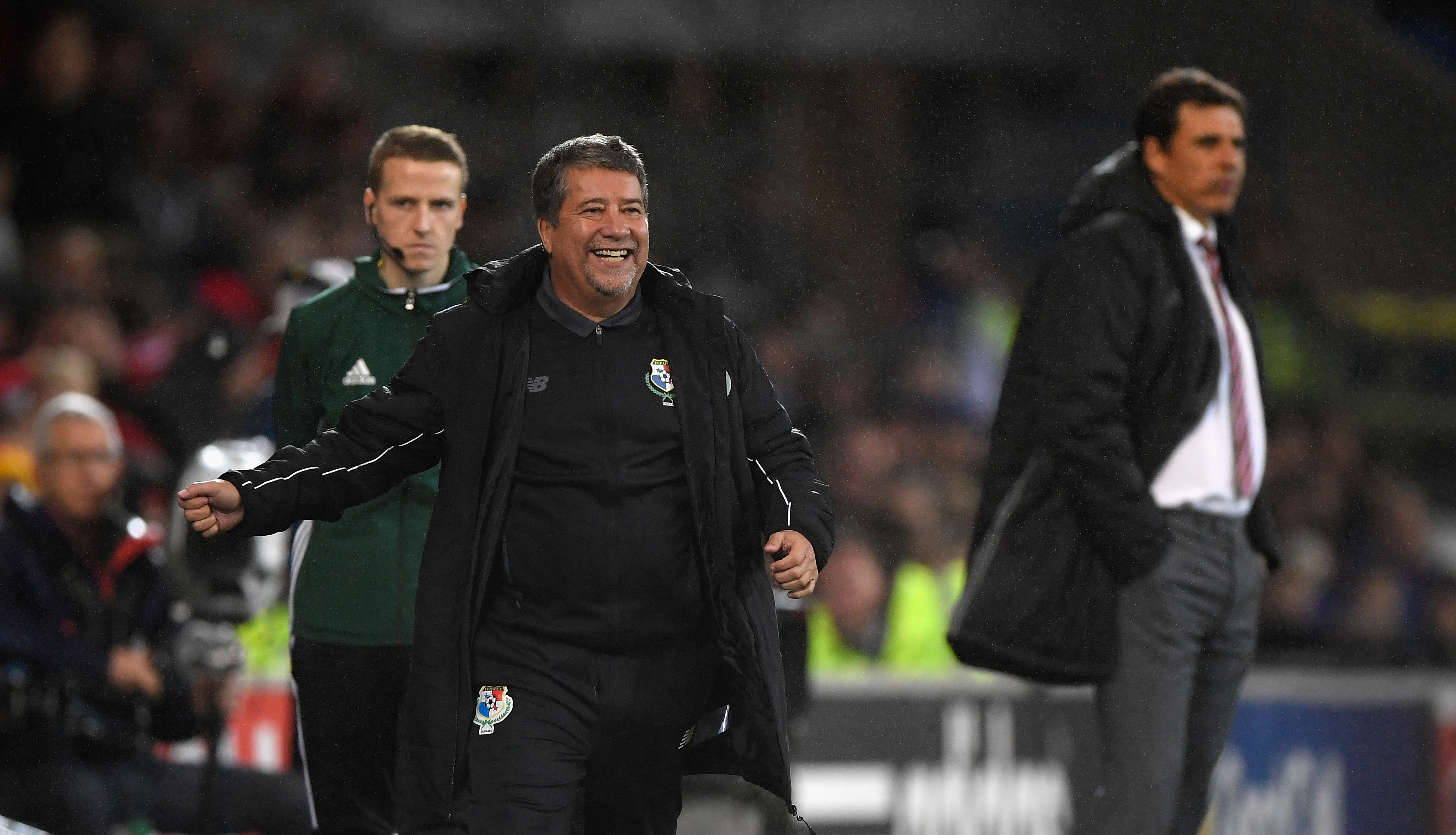 Expert: Gomez previously guided Colombia and Ecuador to the world Cup in 1998 and 2002 respectively (Getty Images)

The Players
Stars
There aren’t too many standout players in the squad, but if you have to choose one it would be captain Roman Torres, who scored the goal that clinched qualification. Known as “Mazinger” because his body resembles that of a wrestler more than a footballer, he embodies the team virtue of determination rather than skill.
Stalwarts
The spine of the team has been the same for at least eight years, with goalkeeper Jaime Penedo, defender Felipe Baloy, midfielder Gabriel Gomez, and strikers Blas Perez, Armando Cooper and Luis Tejada.
Missing
Tragically, midfielder Amilcar Henriquez was killed in a robbery in April 2017. Aged 33 and with 84 caps, he was an essential part of coach Gomez’s system.

We will update you with notable injuries here. 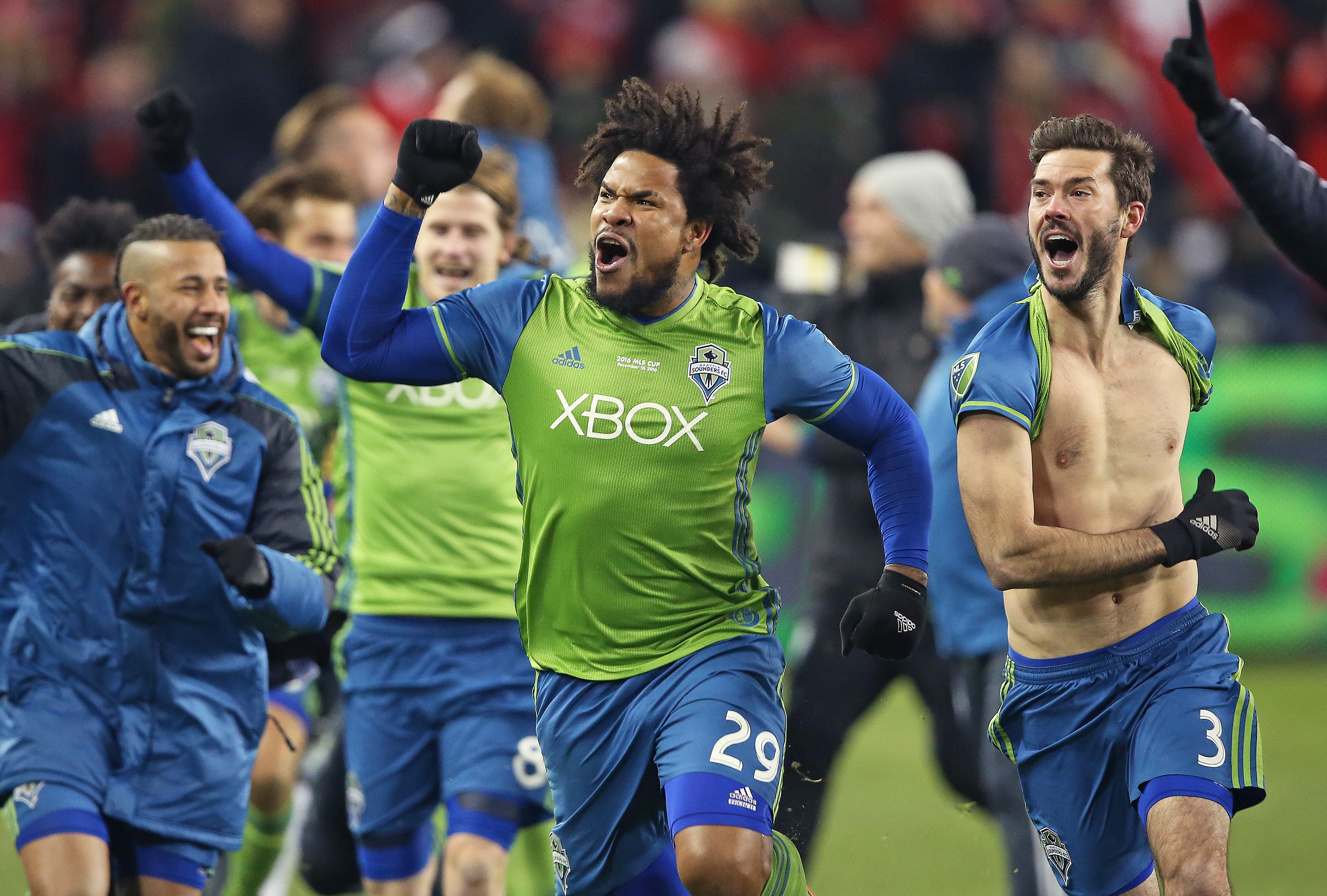 Captain: Roman Torres (middle) is the best of a team that is made up of hard-workers, not stars (Getty Images)

Will Hernan Dario Gomez dare to make changes?
Of the team that started the decisive match against Costa Rica, only three – Fidel Escobar (22), Edgar Barcenas (24) and Anibal Godoy (27) – were under 29. But while the coach’s commitment to experience may have paid off against regional opponents, a lack of pace could be a handicap against more powerful opposition. 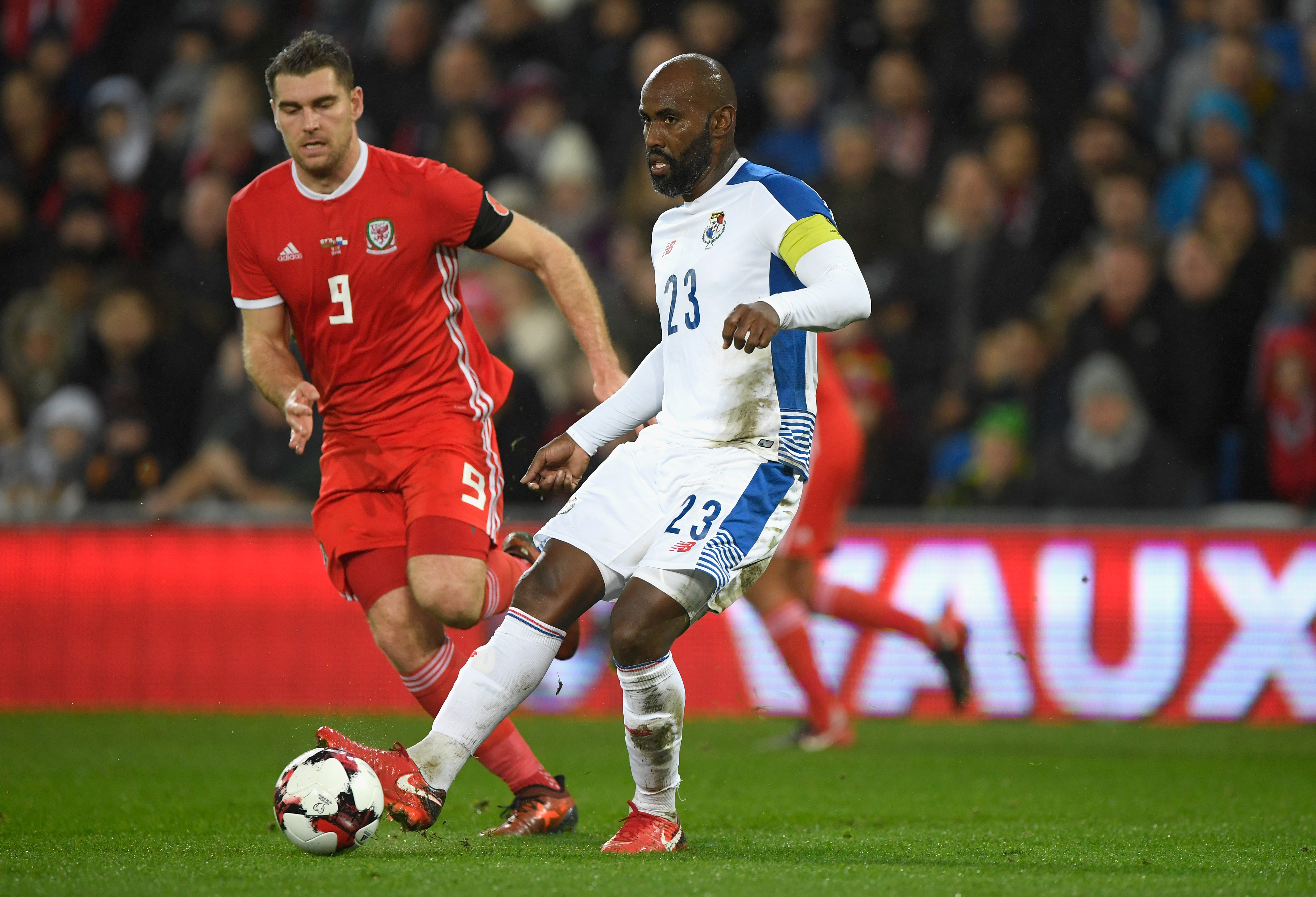 What to do with Felipe Baloy?
For years he has been a rock in the defence. But relegated to the bench for the Costa Rica game, it is pertinent to ask whether, at 36, he can still contribute.

Will the team be able to compete in the World Cup?
After booking their ticket, the prevalent feeling is that the team have done the hard part. The hope now is that they arrive in Russia with sufficient motivation to pull off an upset like Costa Rica did four years ago.