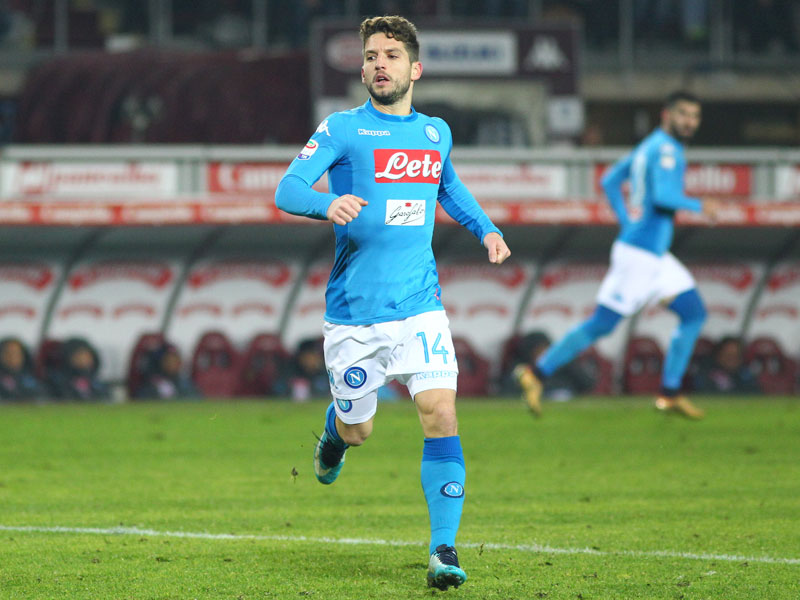 Welcom to our player profile page on Napoli striker, Dries Mertens. His goalscoring record for the Italian side is second to none, however he may struggle to get into the Belgium starting lineup for the World Cup later this year. Regardless, take a look at this Talent Scout from October 2011 on him.

Expected to start alongside Eden Hazard and Romelu Lukaku for Belgium, Dries Mertens has an impressive goalscoring record for club and country. During the 2018 tournament he opened his account with a long range volley against Panama.

While some compare his small, slender frame and delicious ball skills to Wesley Sneijder, others prefer to liken Dries Mertens to fellow Belgian attacker Eden Hazard of Lille. But, whatever the terms of reference, no one should be in any doubt as to the immense potential of PSV Eindhoven’s summer signing, who began the new Eredivisie season with seven goals in his first five games.

Not that Mertens fever is a new phenomenon in Holland. In 2009, while at AGOVV Apeldoorn, he was voted the best player in the second division, then a year later, in his first season in the top-flight with Utrecht, he came runner-up to Ajax’s Luis Suarez in a poll for the Eredivisie’s star turn. With his stock continuing to rise, PSV saw fit to splash £6million on him in the close season. 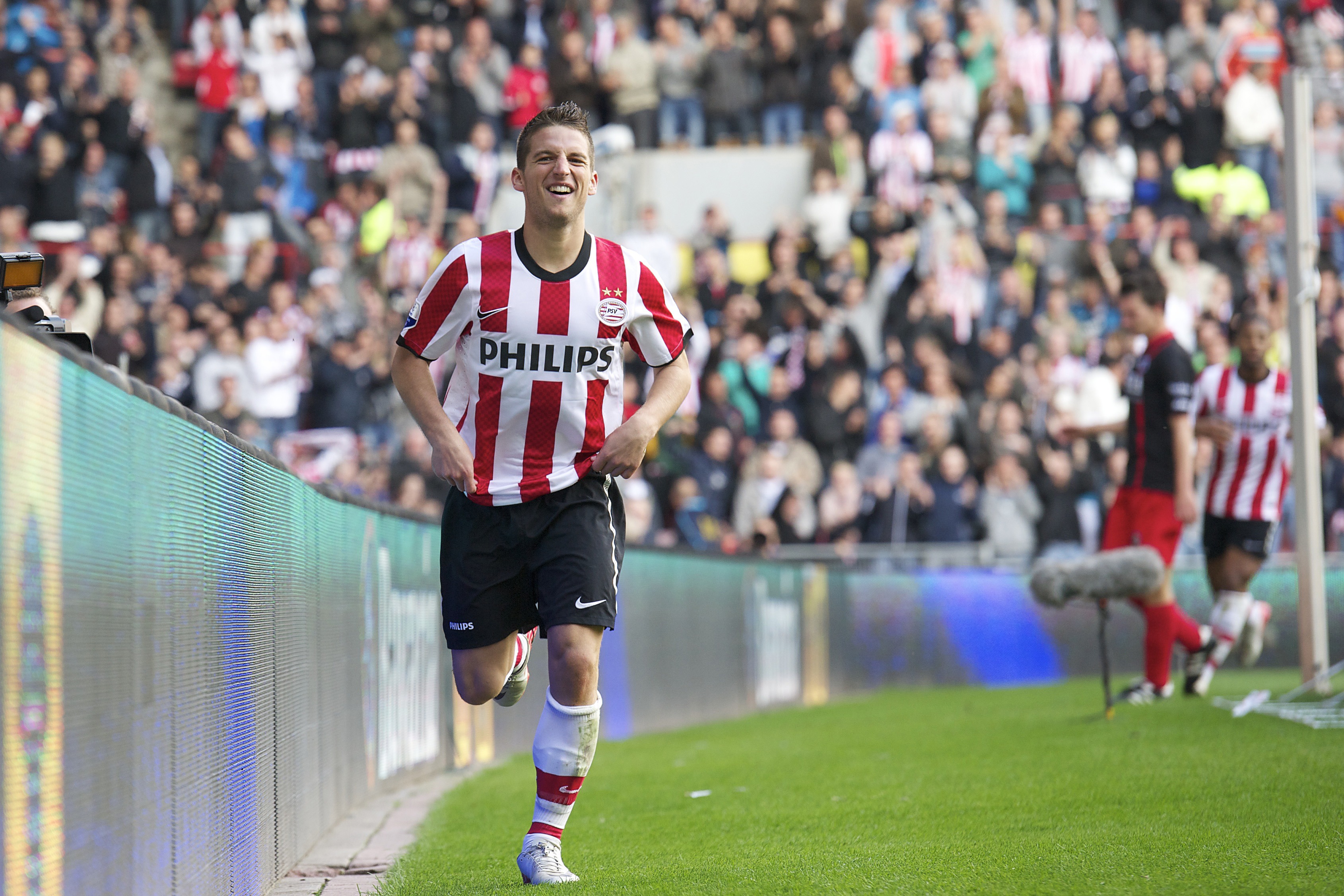 A school of thought says PSV should not be spending heavily at a time of economic crisis – Eindhoven city council recently agreed to give the club a £43m loan – but the club’s determination to bring the young Belgian on board is understandable. Last season he was quite irresistible, scoring 14 goals, providing 24 assists and regularly putting on a one-man display of mesmerising dribbling, free-kick prowess and a predilection for the unexpected, especially his clever backheels.

“Trickery has always been a big part of my game,” says Mertens, a native of the central Belgian city of Leuven. “I play according to my instincts. On the pitch I’ve my own way of doing things. I aim to be as lively as I can and go directly for goal every time I get the ball.

“The size of fee PSV paid for me doesn’t add any extra pressure. I’m still the same player. I just concentrate on my football. The fact that PSV have spent so much on me shows I’m on the right lines in my development, that for the past few years I’ve kept up a good standard of performance.” 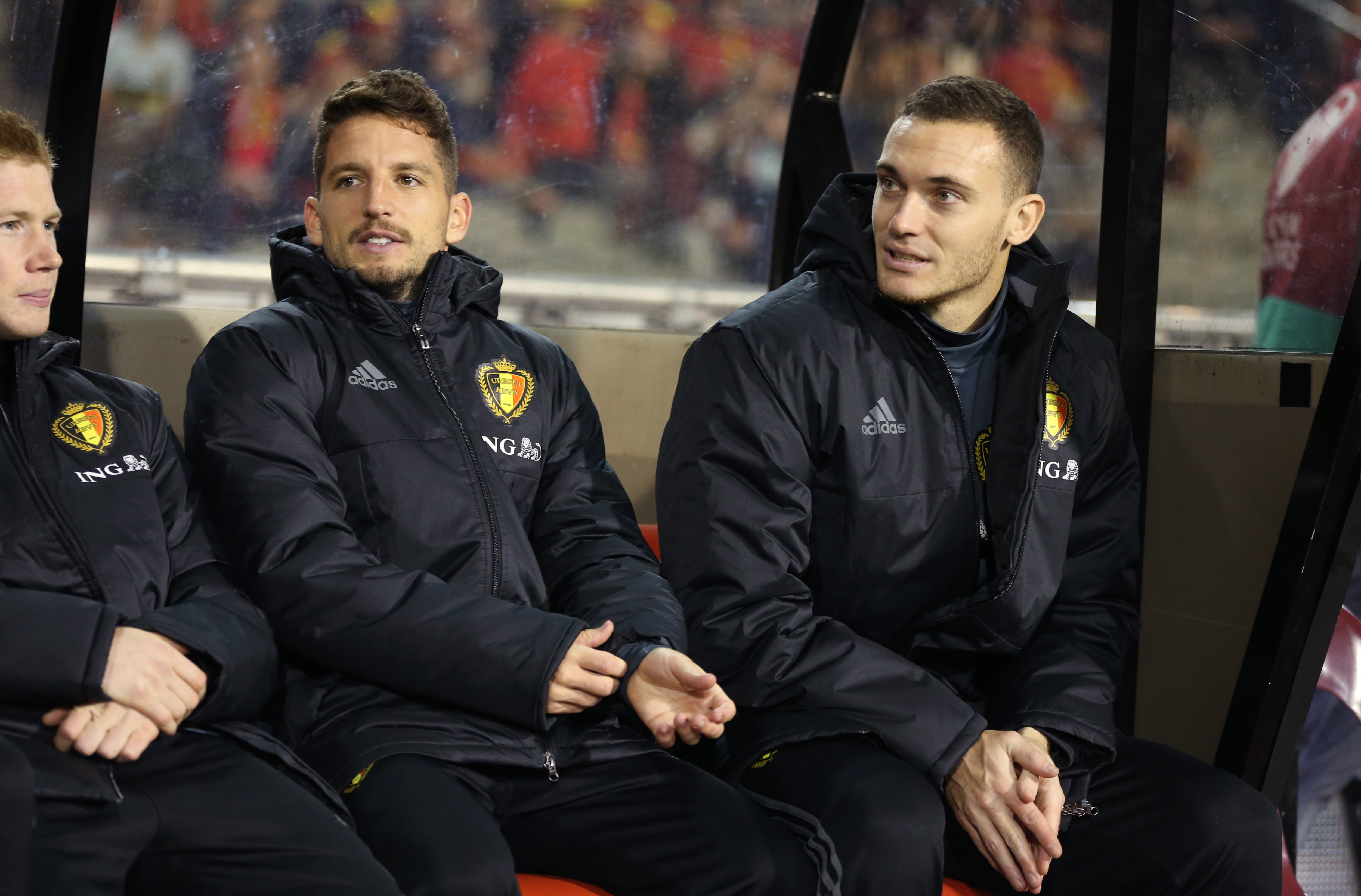 His high profile today stands in marked contrast to the gloominess which enveloped his career in its early days. Kicked out of the Anderlecht academy at the age of 14 for being too small, he must have wondered if that was it. However, he stuck at it and, after convalescing at Belgian clubs Gent and Eendracht Aalst, he exploded into life in Apeldoorn, where he reigned supreme with the Dutch club for three wonderful seasons.

Despite being revered in Holland, his opportunities with the Belgium national side have been limited so far. That will surely be rectified soon.