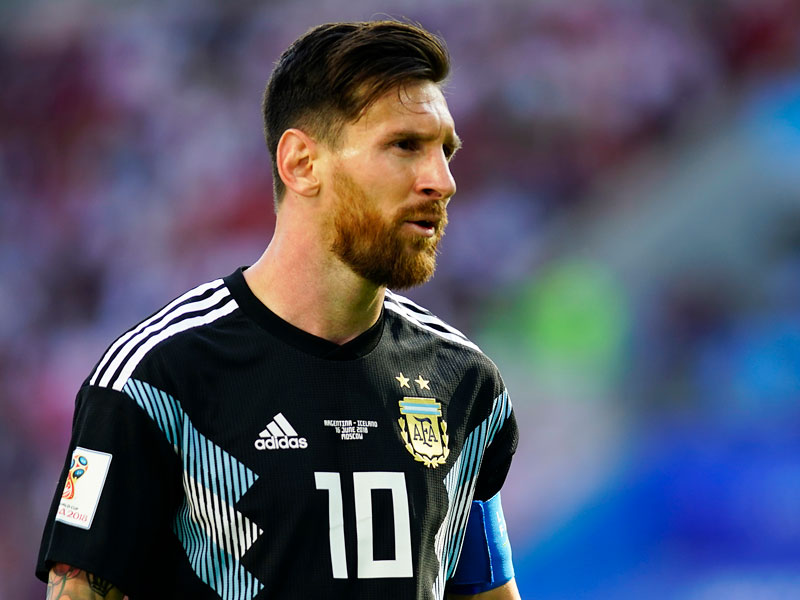 Iceland are not a large football nation nor do they have an illustrious history, however at the last two major tournaments they have pulled off incredible results. In 2016, they famously beat England in the European Championships. And this year in the World Cup, they managed to hold Lionel Messi and Argentina to a 1-1 draw which included a penalty save by Hannes Halldorsson.

For 90 minutes, Iceland defended superbly and Argentina struggled to break them down with some of their big players completely anonymous.

And this poor result has created a huge amount of pressure for Argentina and on the shoulders of Messi. It was a game they were supposed to win and win well, but now it creates amuse-win situation when they face Croatia later today.

Yes, the whole team needs to play better, but ultimately, the buck stops with Messi. Ronaldo single-handily inspired a pretty poor Portugal team to a draw against Spain, and the time has come for Messi, and some of their other big players, to do the same against Croatia. Angel Di Maria in particular was awful against Iceland, to the extent that Cristian Pavon should probably start ahead of him.

Rarely do players of Messi’s class have two bad games in a row so we expect him to bounce back with a vengeance today.

But Argentina played horribly and got outplayed by Croatia in every department. A Willy Caballero howler put Croatia one up through Ante relic who was lucky to still be on the pitch. Luka Modric and Ivan Rakitic scored the second and third goals respectively, leaving Argentina on the edge of elimination.

If their training lineups are anything to go by, Argentina will start with the youngster alongside Sergio Aguero with Messi playing the roaming role behind. If this turns out to be the case, Pavon could excel as he looked to be very exciting on the ball against Iceland.

The opening game of the day sees Denmark face Australia. On the basis of their first games, both these sides will be difficult to break down and a 0-0 could easily be on the cards. That being said, Australia will have to keep Christian Eriksen from having time and space on the ball because he is more than capable of dissecting their defence. He pretty much had one chance to do so against Peru, and he took it as he set up the winning goal.

In terms of Australia, it is hard to see where the goals are going to come from. Tim Cahill is probably their most potent threat but he did not play against France so lack of a true goalscoring threat could cost the Socceroos during the tournament.

The final score was 1-1. Christian Eriksen opened the scoring with a stunning finish with his left boot. But Australia worked their way back into the game with Mile Jedinak scoring another penalty to level the scores.

For a large portion of their first game against Denmark, Peru looked good. They played attacking, fast flowing football that the Danes found hard to deal with at times. Arguably, the match would have gone a totally different way had Cristian Cueva managed to score his penalty. Alas, he did not and they paid the price losing 1-0. But the attacking threat should still be there against France, and there are still questions marks over that defence.

France have all the attacking talent they could possibly ask for, and yet they struggled against Australia. Had it not been for a VAR penalty and a lucky shot from Pogba, they could have lost the match. That will need to change quickly because this team are expected to contend for the tournament victory.

We expect Didier Deschamps to work out their attacking problems against Peru, and it will be 2-1.

France put in another dour performance but ultimately they still managed to win the game 1-0.