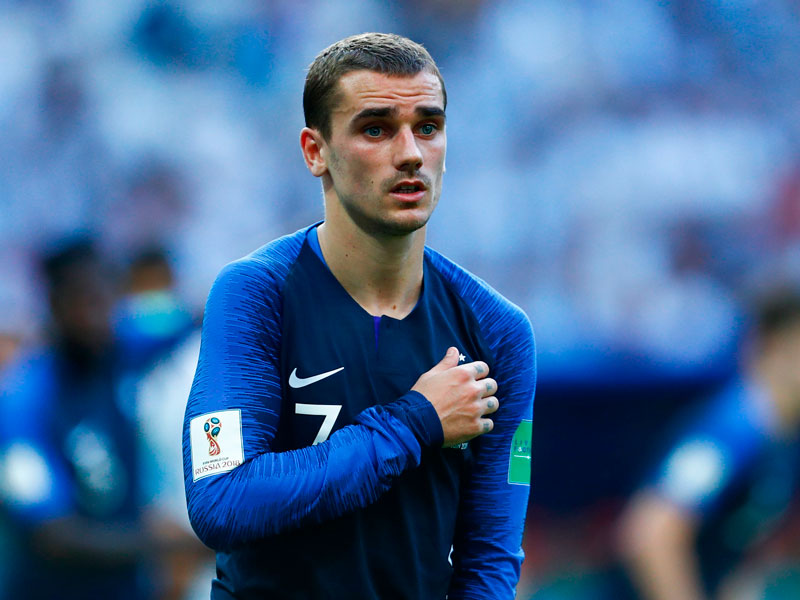 Welcome to our page on Atletico Madrid striker Antoine Griezmann. It seems he is a Manchester United target during every transfer window and only time will tell if he ever does leave the Spanish club. Regardless, take a look at our Talent Scout on him from November 2011.

Antoine Griezmann is arguably France’s best player and will be vital for their hopes to win the World Cup in Russia. His penalty against Argentina in the round of 16 opened the scoring.

Griezmann would again get on the scoresheet against Uruguay as his shot was fumbled by Uruguayan keeper Muslera.

GOAL! Griezmann's effort from range is fumbled by Muslera and the ball loops into the Uruguay net! pic.twitter.com/0vgZyB99YE

An influential member of the France side that won last year’s European Under-19 title, the Spain-based youngster has politely responded to all the speculation by making it plain that he has no immediate plans to leave Sociedad.

“It’s still too early for such a big step,” he explains. “I want to stay and progress where I am. I don’t want to leave here to sit on the bench. I need to play regularly and that would be impossible at Barca.”

Given his ability to create opportunities for others from the flank, while still seizing goalscoring opportunities himself, a move to a more prestigious La Liga address must only be a matter of time. 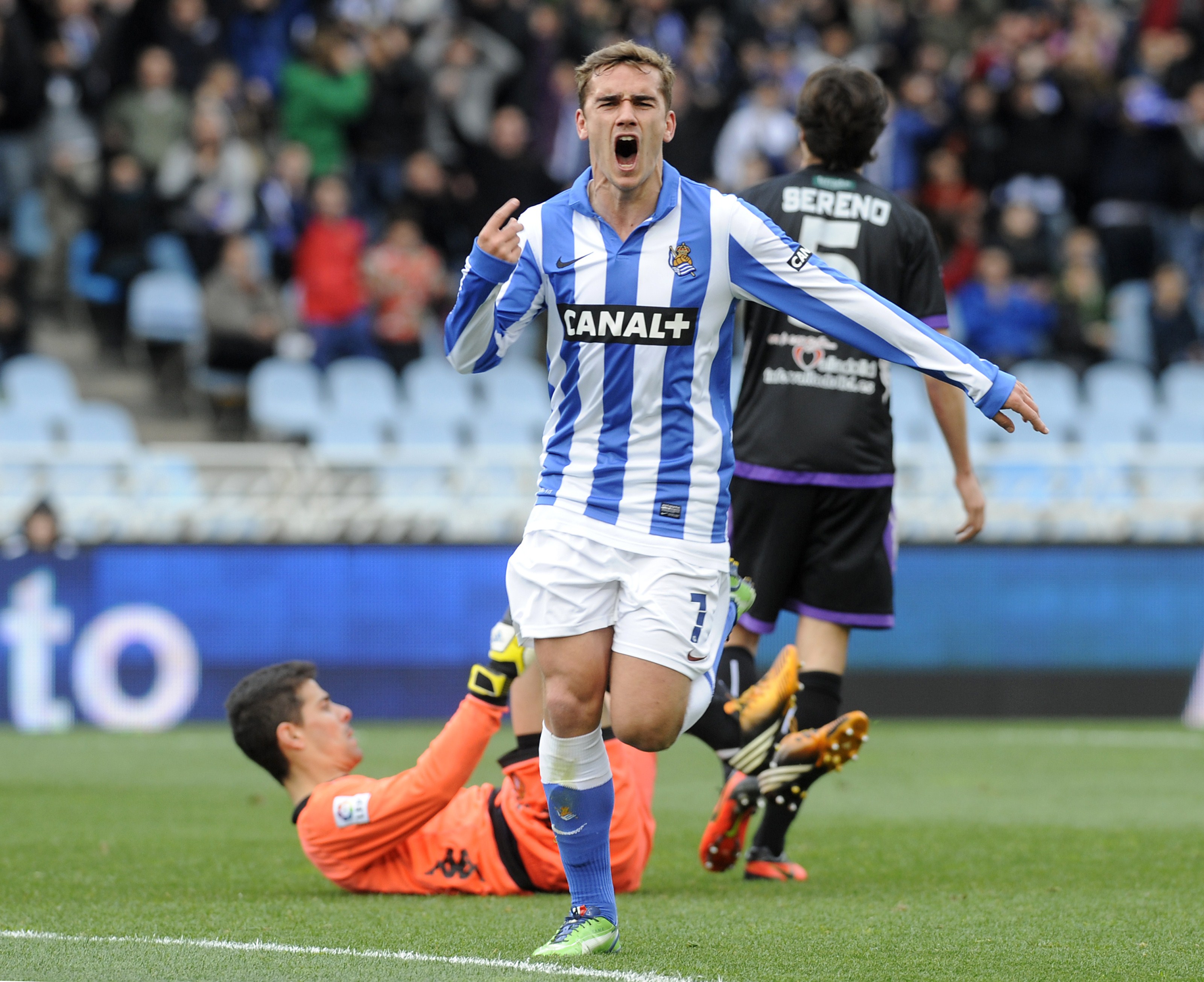 Family: Griezmann admits how Real Sociedad acted like a family to him early in his career (Getty Images)

For the best part of two decades, French club sides and the national federation have whined long and loud about overseas outfits stealing their best young talent. But in the case of Antoine Griezmann, an early start on the migrant trail has worked wonders. Told by a number of Ligue 1 teams that he was too small and lightweight to warrant a place in their academies, the boy from the Burgundy wine-producing town of Macon finally got the break he yearned for at the age of 13.

During a trial match for Montpellier against Paris Saint-Germain, his virtuosity caught the eye of a Real Sociedad scout and, after a successful trial in the Basque country, he was offered
a youth contract. Four years later he was promoted to the first-team squad and he has not looked back since, not only becoming a cult hero at the Anoeta stadium but also earning himself a legion of admirers the length and breadth of the country.

“Real Sociedad has been like a family for me,” says Griezmann. “They made me welcome and made sure I was settled. Early on, I boarded in the home of the club’s French scout and they even allowed me to hop across the border each day to go to school in Bayonne before returning to train in the evenings. They took good care of me and I’ll always be grateful.

“My time as a pro here couldn’t have gone any better. First, winning the second division, and now having the chance to face Real Madrid, Barcelona and Valencia.

“I love playing in Spain. Here the game is as spectacular as you could hope for. The emphasis is on technique and teams go out to play good football. Always. I adore that. There’s never any dull, dead games.” 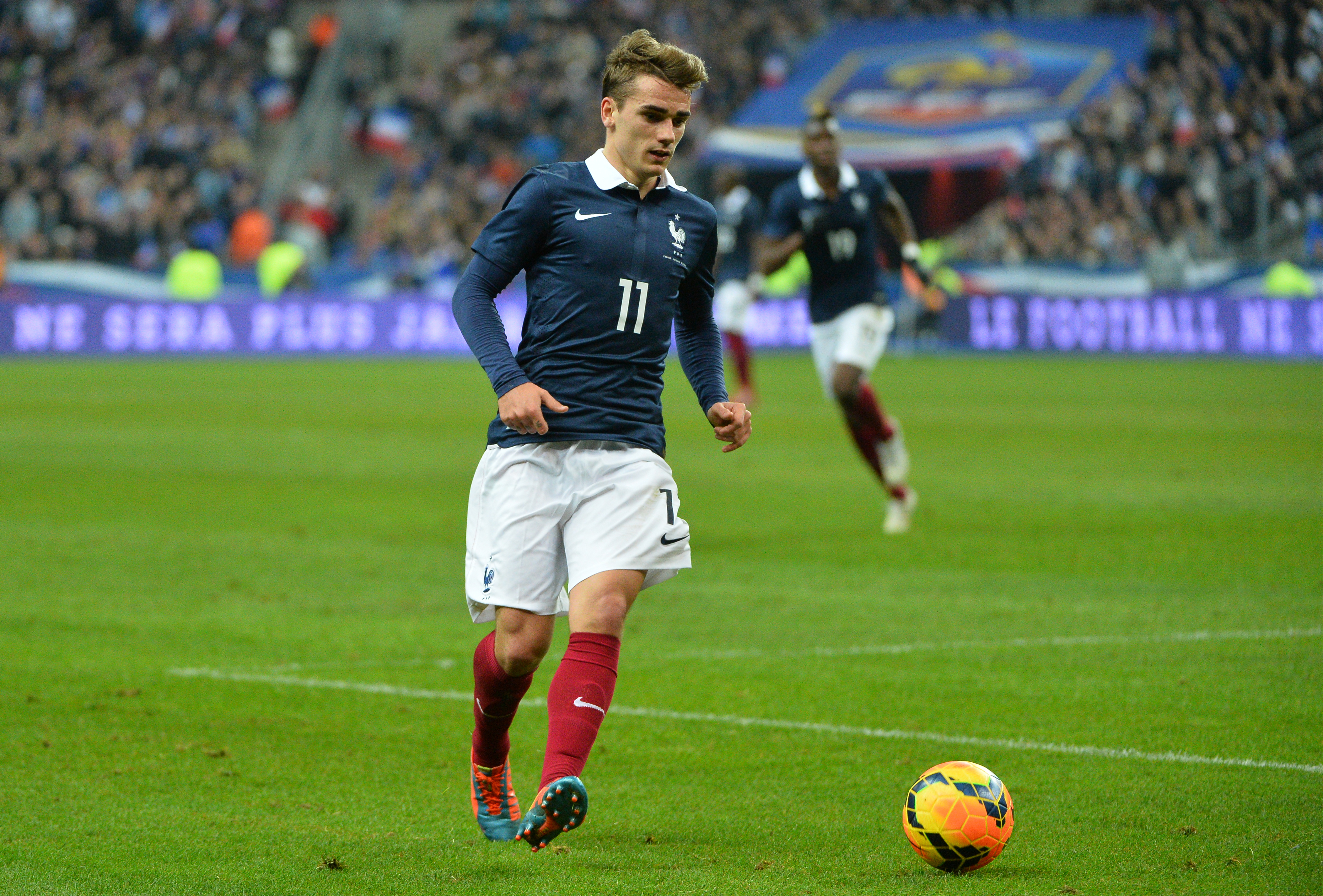 His goal celebrations are not exactly boring either. In a game against Deportivo La Coruna last season he marked his finish by pretending to drive a sponsor’s truck which was parked next to the pitch, then after scoring in a 4-0 win away to Getafe he decided to wave a Basque flag.

“Antoine is an important player, but he went way too far on this occasion,” said former Sociedad coach Martin Lasarte of the latter celebration. “He’s still young and has to mature.”