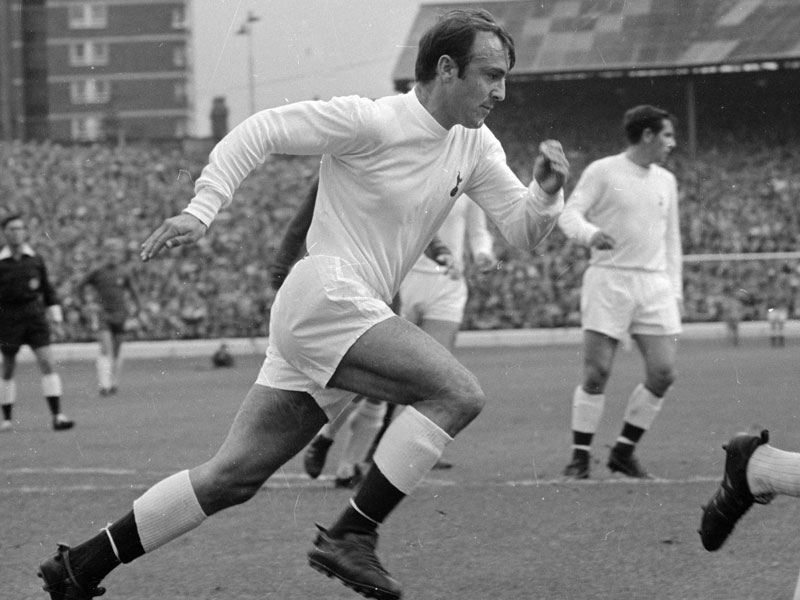 Jimmy Greaves, whom I once knew so well and liked so much, has just been commemorated in a new biography (Natural, The Jimmy Greaves Story by David Tossell). An especially vivid and characteristic memory still stays in my head.

It was the day before the 1966 World Cup Final, the scene the Bank of England grounds at Roehampton where the England team was preparing and the team was going to be announced. Jimmy must have been in a high state of anxiety. He had been forced to drop out of the team when injured playing against France, his place taken impressively by a very different kind of attacker in Geoff Hurst, who has written a foreword to the current biography.

But Jimmy came up to me at Roehampton to say, “We must have another game next season, Brian.” He was alluding to an ad hoc team know as the Tennis All Stars which functioned out at Uxbridge and for whom Jimmy played in goal, and my own little Sunday side Chelsea Casuals.

A hugely prolific goalscorer, initially with Chelsea, later with Tottenham with in between a short and unhappy spell with AC Milan, Jimmy, to tell the truth, never excelled in World Cup finals. In Chile in 1962 he was largely anonymous, complaining to me once that there was so much violent play that attackers “were afraid of being killed”. And injury would sabotage him four years later.

It is still being said that he was kept out of the Final by Geoff Hurst, but in fact, the attacker who should surely have been omitted was Liverpool’s Roger Hunt who would miss two fine chances in the Final which did not fall kindly to his favoured right foot.

On the pre-1966 European tour with England Jimmy was prolific, quite clearly recovered from an attack of jaundice. But ill luck and injury awaited him.

After retirement, he fought against alcoholism but alas he has long been confined to a wheelchair, paralysed down one side. Though bright memories of his popular TV appearances on Saint & Greavsie with Ian Saint John are surely not forgotten.

The day of reckoning after so many years and such hefty warnings appears to have come for Gordon Taylor, the highest paid top union executive in Britain. Whatever his earnings, they are easily surpassed by the huge sums paid to today’s active stars. And if he was overpaid in office, what does it tell you about the passivity of pro players who just let it all go on till it took an obscure and marginal player at least to have him challenged.