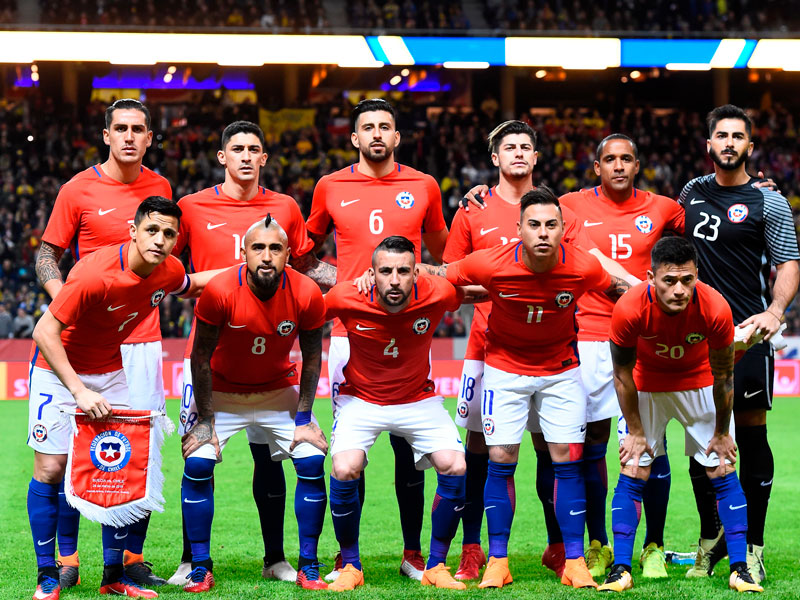 Where Is The Renewal In Chile’s International Side? | Tim Vickery

In their squad for the Copa America, which kicks off in Brazil this week, Argentina have selected only 9 players from last year’s disastrous World Cup campaign. And from the last relatively successful squad – the one which reached the final of the 2016 centenary version of the Copa, there are just five survivors. Everyone else has more. Inevitably perhaps, because the group they took to Russia 2018 was one of the oldest in the competition, Argentina are the team which is most in transition.

At the other end of the scale are Chile, the side who beat them on penalties in that 2016 showdown in New Jersey. Chile have 12 survivors from the 2016 Copa.  No one else has more. They are the side which is least in transition – although they surely need to go through a process of renewal at least as drastic as that of Argentina.

Arturo Vidal, Alexis Sanchez, Gary Medel and company all came through the ranks together in the 2007 Under-20 World Cup, where Chile finished third. Then Marcelo Bielsa took over and put his stamp on the team, giving them a high octane bold style which suited their characteristics and captivated the neutrals. After a brief interlude Jorge Sampaoli gave continuity to Bielsa’s work, added a little dose of pragmatism and silverware came at last with the 2015 Copa America. A year later, the low profile stewardship of Juan Antonio Pizzi kept things ticking over on the way to triumph in 2016.

But then came the decline. The golden generation aged together – and also went through the gruelling schedule of four consecutive tournaments, from the 2014 World Cup to the 2017 Confederations Cup with no break. All of this took a toll. They ran out of steam and failed to make it to Russia.

In came Colombian coach Reinaldo Rueda to take charge. He ticked all the boxes. He took Atletico Nacional to the 2016 Copa Libertadores title. He had World Cup experience with Honduras and Ecuador. And he had started as a youth specialist, making his name when he took Colombia to the semi finals of the 2003 Under-20 World Cup. A serious title, a sound CV with national teams and an ability to develop young talent – it seemed just what Chile needed.

So why, then, well over a year after taking charge, is the Chile squad for Rueda’s first competitive tournament in charge so full of veterans? Where is the renewal?

The answer here is a depressing one, but familiar to South America’s lesser footballing nations. The task of replacing a golden generation is extremely hard. It proved tough for Peru after the 70s, for Colombia after the mid 90s, for Bolivia post USA 94, for Paraguay after the 2010 World Cup. The exploits of the golden generation have raised the bar of expectation – and the following generation are not good enough to cope.

The group phase of the Copa Libertadores, South America’s Champions League, came to a close last month with early elimination for all three of Chile’s representatives. It is a familiar tale. In the last five years, only one Chilean club has managed to make it through to the knock out stages – Colo Colo in 2018, who reached the quarter finals, with a team mainly based around veterans.

It gets worse.  The Copa Sudamericana, the Europa League equivalent, was paired down to the final 16 this week. All of the Chilean teams have fallen.  The year is only at the half way point, but there is not a single club from Chile left in continental competition. No other South American country has this dismal a record. The likes of Venezuela and Bolivia still have teams alive. Chile has no one.

And therein lies the problem for Reinaldo Rueda. He has been given two contradictory briefs; renew the side and achieve results. The second weight heavier than the first. There is no patience for defeats. Every time Chile lose there are calls for him to be sacked. But as the golden generation declines, domestic football is not coming up with replacements of anything like the same quality. It may be merely a cyclical thing; it might have something to do with the business model that Chilean clubs are following, with short term thinking and a lack of investment in youth development. But it all adds up to the fact that Rueda can see no alternative to going into the 2019 Copa America with a squad based around the heroes of the past.