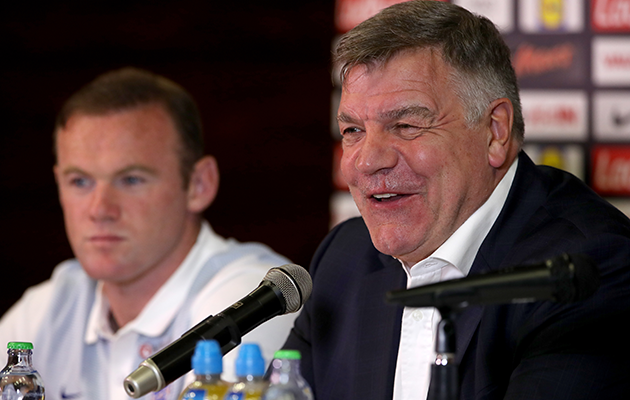 Big Sam could hardly have made a more miserable beginning.

Let me qualify that. He was, you might say, actually saved by the bell. By that pitifully late and flattering winning goal five minutes into injury time, against a team reduced to ten men for half an hour of the match. This thanks to the suicidal behaviour of a player who should surely have known so much better, the Slovakian skipper Martin Skrtel. Guilty of two shocking, potentially red card assaults, which earned him from a permissive referee no more than a couple of yellow cards, but which at least guaranteed his dismissal.

Yet with ten men against them in a team already short of several first choices, England failed to capitalise until added time was almost up.

Now we hear of he psychologists being brought in, while Eric Dier feebly complains that the team is still depressed after its humiliation in the Euro finals against Iceland. I have nothing against psychology or indeed psychoanalysis; I have read pretty well everything by its founder Sigmund Freud. But I wholly agree with Clive Woodward, once such a successful rugby manager with England, that the psychologists’ contacts should be limited to the manager, not the players.

I’m afraid my mind goes back to the 1958 World Cup in Sweden, when the Brazilians brought a psychologist, an idiot who insisted that neither Pele nor Garrincha, stars of the tournament, should be picked. At the press conference before the final, Vicente Feola, Brazil’s manager, was asked how he felt about the psychologist. The interpreter translated: “Senor Feola is not saying he wished the psychologist could go to hell, but he is thinking it.”

Looking back, one of the best and most active of psychologists in English football was Herbert Chapman, who could turn a moderate young left-half like George Male, into an England right-back in one inspired session.

I fully expect England to drone their way through this far from formidable qualifying group, reach Russia and probably get knocked out, at very best, in the quarter finals.

If you ask me to suggest as English manager who could do better than Allardyce, I confess I can’t. He is manager, as the French say, faute de mieux, for want of better. 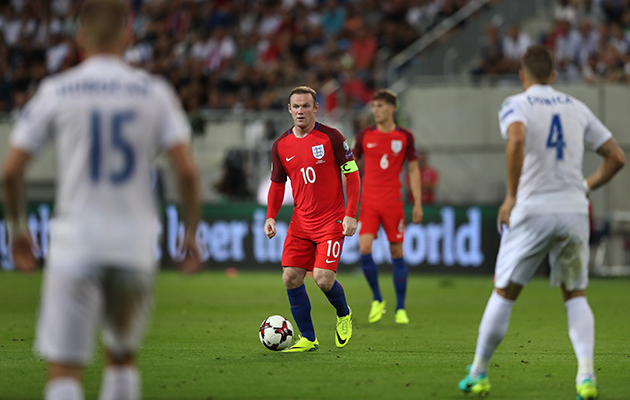 Wayne Rooney, whose England place seems assured, regardless of how he plays.

His relationship with Wayne Rooney, who has not had a decent tournament since he excelled in the Euros in Portugal so long ago, is bewildering. He has virtually said that not only is Rooney indispensable, but that he can play where he likes. In Trnava, it was largely in far too deep a position in which he could give no help to Harry Kane – manifestly out of form. For all the goals he has scored for England, Rooney has largely been a disappointment. And, if as Allardyce seems to suggest, Rooney can play where he likes, then what is the point of a manager?

A bolder, braver manager would surely have chosen Marcus Rashford in the main squad rather than stuck him in the Under-21s. The irony being that hardly had Allardyce announced his Rashford-less squad that the 18-year-old showed dazzling form at Hull to win the match for Manchester United.

Jamie Vardy? Surely worth a place, though Allardyce could counter that with Slovenia playing so deep in defence, he wouldn’t have room to raid as he usually does.

Henderson seems to me to be pedestrian; Dele Alli made so much more of an impact when ultimately brought on. And why Walcott, surely now a blast from the past, rather than Andros Townsend, so plainly possessed of the big-match temperament, was available?

If only Jack Wilshere, now on loan at Bournemouth, could recover form and full fitness, there would be a strong case for playing him and his inventive skills in midfield. There is a good case, too, for incorporating Ross Barley, with his capacity to break with pace from midfield.

With this unimpressive, underpowered, last ditch victory, England have put themselves comfortably in line to win their undemanding group. But after that, Big Sam is going to need rather more than his supposedly lucky coin. 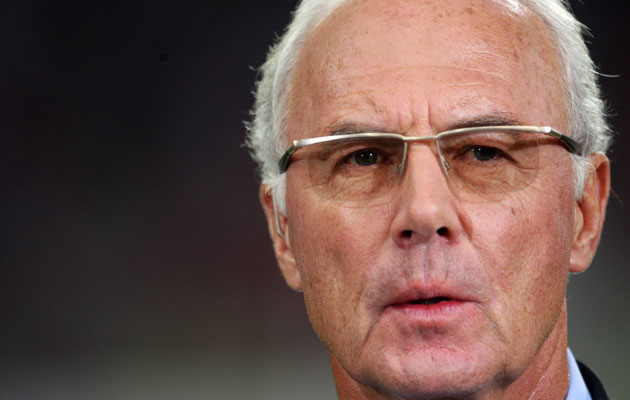 In the words of a famous American cartoon, “Say it ain’t so Franz!” Franz Beckenbauer, already involved, embarrassingly with Qatar, is now in deep trouble over Germany’s successful World Cup bid.

A superb footballer who virtually invented Total Football, and a fine coach, one can only hope he can get off the hook. But things look bad.