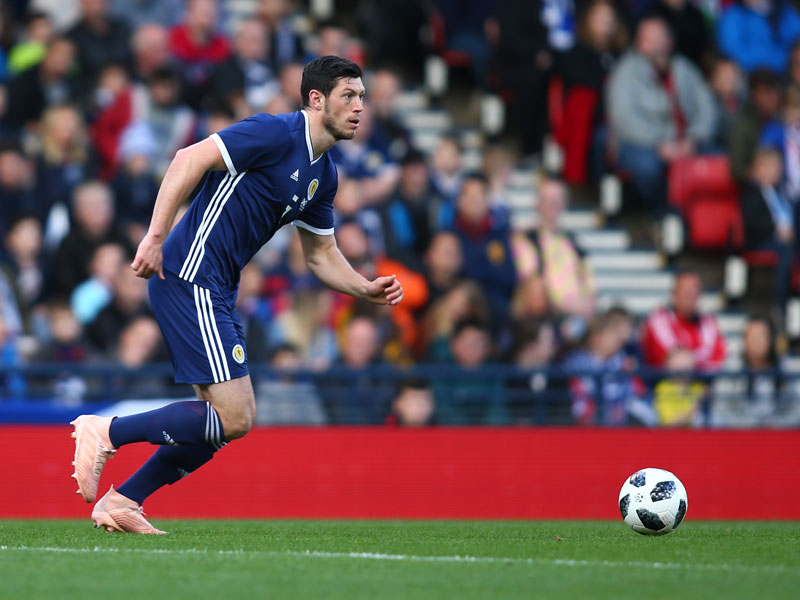 It was surely the worst display in the long and so often glorious traditions of Scottish football. A 3-0 humiliation which looked still worse when in the next round of matches Russia simply brushed Kazakhstan aside with a volley of goals.

In their next game against a San Marino team which arguably has no right to exist in such elevated company the Scots were again jeered by their own disaffected supporters during a meagre 2-0 victory.

Quite what has happened to Scottish football is a bit difficult to pin down. Between the wars, they had such an abundance of native talent that so-called Anglos were by and large overlooked even if they were as prominent in English football as Arsenal’s majestic inside left Alex James. A subsequent Arsenal inside forward Jimmy Logie, the very inspiration of a successful Gunners team, had to make do with a single cap. It was suggested at the time that on the occasion of a then rare televised game, the biased Scottish selectors saw him take the Hibernian defence to pieces on the TV screen.

No such current problem for England with a couple of thumping successive five-goal victories. All credit to a highly able manager Gareth Southgate, who did a decent job in last World Cup, for giving youth its fling and seeing his reward in so many goals.

A team committed to attack and strong, please note, on both the wings – so much for that bygone prejudice against true wingers, the only players who can go outside the defender, get to the goal line and pull back the most devastating pass of all into the goalmouth.

Both Jadon Sancho and the inexperiened Callum Hudson-Odoi are only teenagers but each shone brightly in the two games, even if the latter bore some responsibility for the goal with which Montenegro opened the scoring. England and the 18-year-old Hudson-Odoi, who isn’t even sure of a place in the Chelsea attack and is said to hope for a transfer to Bayern Munich, shrugged off the short-lived deficit and proceeded to take Montenegro apart.

The racist jeering by the home crowd had no effect on England’s and their gifted black players’ emphatic performance and one assumed that UEFA sanctions will be imposed on Montenegro.

Internationally inexperienced both these gifted right wingers may be but Southgate boldly didn’t hesitate to use each in turn and each rewarded him generously. An especially pleasing feature of the two substantial victories was the display of Ross Barkley who must surely stay.